The Portuguese Architecture office ARX carries out an exhibition in Centro Cultural de Belém (CCB), Lisbon. The exhibition is open to the public until July 21st, in "Garagem Sul" exhibition space, and happens 20 years after ARX presented their work in CCB for the first time. "Arquivo/Archive" gathers a selection of the work developed by ARX during the last couple of decades. 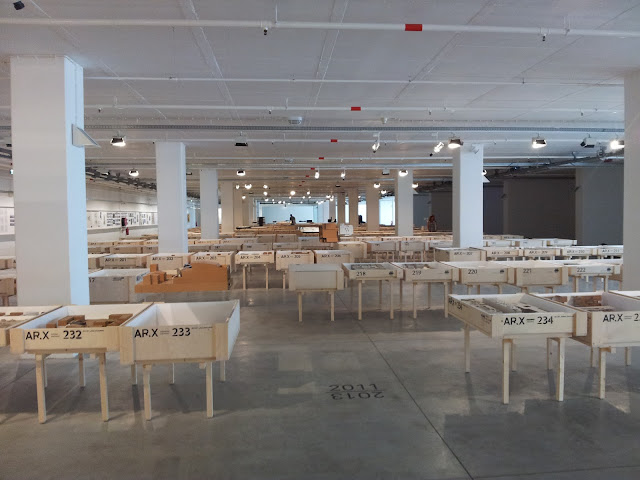 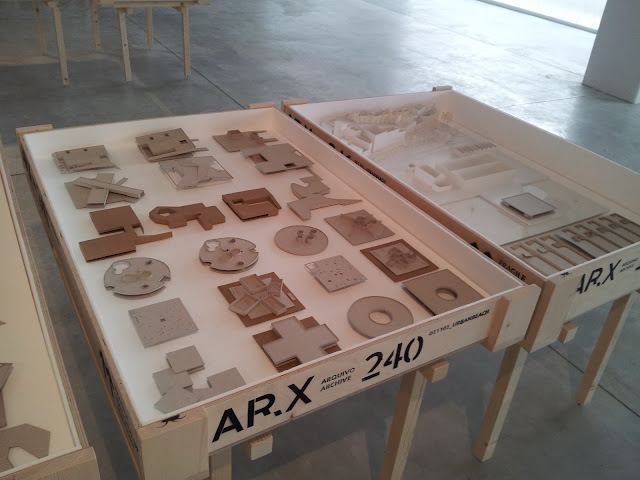 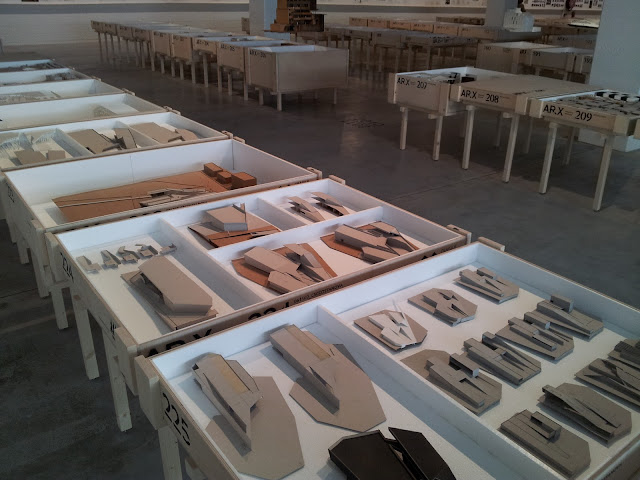 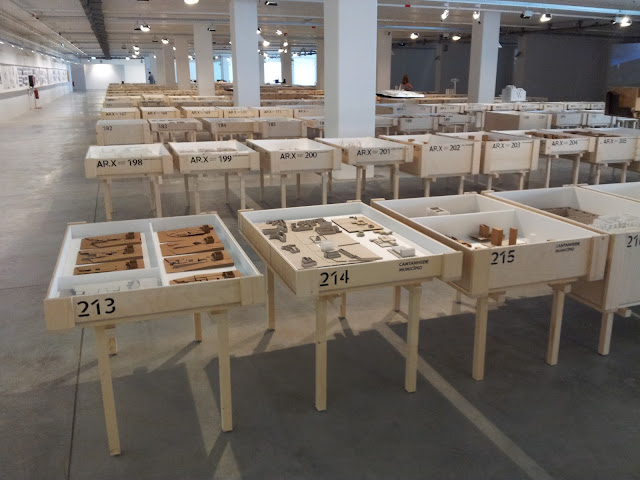 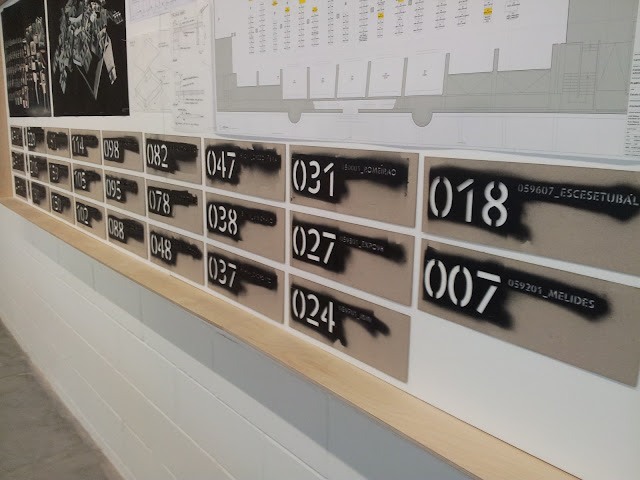 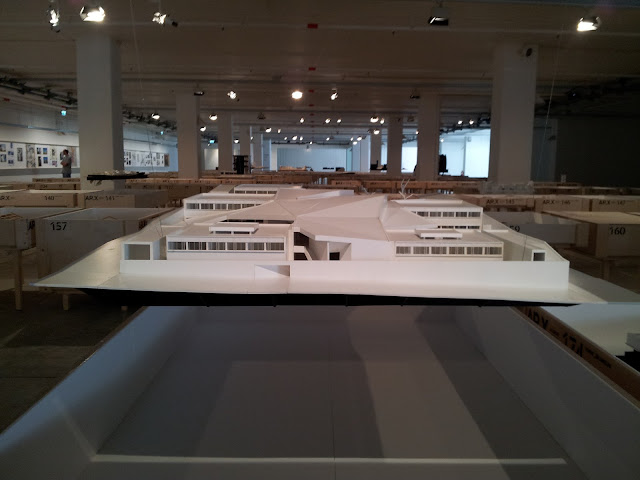 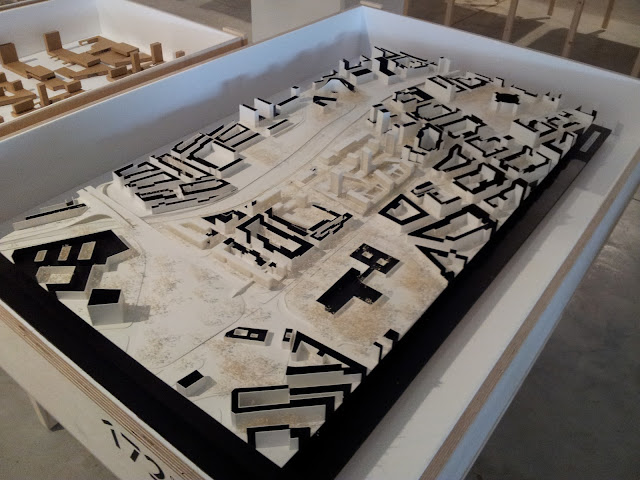 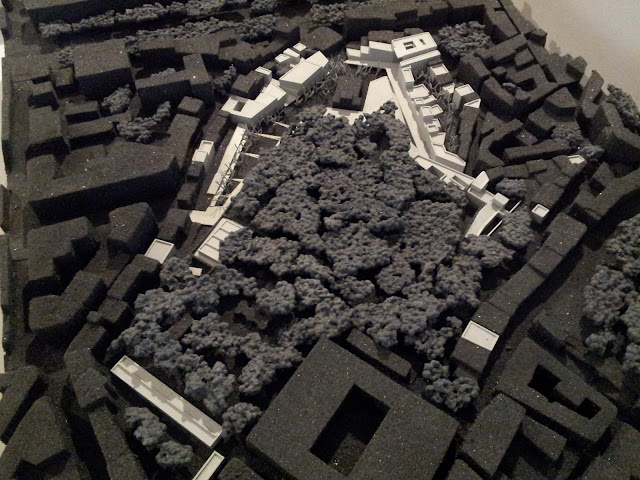 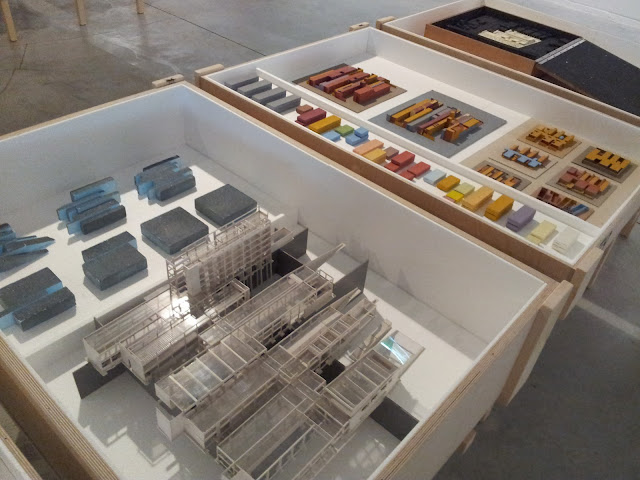 ARX archive
The archive is first the law of what can be said, the system that governs the appearance of statements as unique events. But the archive is also that which determines that all these things said do not accumulate endlessly in an amorphous mass, nor are they inscribed in an unbroken linearity, nor do they disappear at the mercy of chance external accidents, but they are grouped together in distinct figures, composed together in accordance with multiple relations, maintained or blurred in accordance with specific regularities; that which determines that they do not withdraw at the same pace in time, but shine, as it were, like stars, some that seem close to us shining brightly from afar off, while others that are in fact close to us are already growing pale.”
- Michel Foucault, The Archaeology of Knowledge (translated by Alan Sheridan Smith, 1972), 1969

In 1993, the Centro Cultural de Belém opened with a small exhibition entitled Realidade-Real, produced by the then promising architects’ studio ARX Portugal. Now, 20 years later, the exhibition ARX archive serves to justify the confidence placed in an emerging Portuguese practice, a move that, at that time, was not without certain risks.

This exhibition shows that such a venture has had and continues to have positive results. The activity of the brothers Nuno and José Mateus has clearly marked Portuguese architecture, demonstrating their keen critical awareness and their willingness to experiment. Their singularity depends on their intensive research into architectural design. Yet, for ARX Portugal, projects are more than just the solution of an architectural programme, the expression of a technique and its integration into a particular place. They are engaged, essentially, in a new form of architectural practice, based on their creative response to a certain physical and social context and therefore demonstrated in the strategies of each project and in the processes of architectural formalisation, shaped by their inquisitive openness to the world and their almost obsessive experimentation with the physical and three-dimensional substance of the architect’s model. The strength of the works designed by ARX Portugal derives, precisely, from their research into the potential of the architectural project.
ARX archive is an exhibition that focuses on the construction of an archive. An archive that is built up little by little, gradually becoming visible and revealing itself. In this way, it offers us the experience of inhabiting this archive, with its surprising ways of referencing and classifying the architectural process. This is why the exhibition brings together the archival figures of the Atlas, Cabinet of Curiosities and Cinema.

ARX Atlas
The ARX Atlas evokes the idea of an atlas as proposed by Aby Warburg at the beginning of the 20th century, and later developed by various thinkers and artists. By its very nature, the atlas is a figure of mediation, or, in other words, it structures relationships and connections between images, both near and far, activated by memory. While, on the one hand, it plays with what is established, guaranteeing its intelligibility, on the other hand, it makes surgical incisions into its causality, liberating the unpredictable. In this sense, the atlas builds identities through differences, and establishes familiarity through strangeness. Being more of a process than a result, the atlas sets concepts in motion, investigating latent potentials, exploring new openings, drawing lines of flight.
The ARX Atlas proposes a movement outwards, expressing an openness that connects this architectural practice to the discipline itself and to the world outside, mapping it and referencing it. In order to do this, it appropriates the two structural dimensions of the idea of an atlas, simultaneously presenting a speculative cartography and a significant series of images. It deliberately confronts chronology with theme, combining biography with the universal imagination. Forming part of the exhibition, this wall atlas proposes a possible way of interpreting the activity of ARX Portugal. It cannot therefore be truly considered as an autonomous element, but should be seen as a device for establishing a dialogue with the exhibition as a whole.

ARX Cabinet of Curiosities
The ARX Cabinet of Curiosities is inspired by the exploratory model of the 17th-century Curiosity Cabinet or Wunderkammer. When modern thought first began to emerge, at a time when religion, philosophy, art and science still shared the same territories, this was their last space of confluence, their last meeting point. A microcosm of an embryonic world in which categories still had to be defined and boundaries had to be marked out. In order to set up these cabinets of curiosities, naming systems were required and logics of analogy had to be established. However, not only were the types and species of natural and human reality brought together, but they were also afforded their own spaces. Preceding the museum, these cabinets displayed the world’s enigmatic wonders, resembling an encyclopaedia of material evidence.
The ARX Cabinet of Curiosities exhibits the archive of this architectural practice, displaying it by implying a structure for the classification of concepts and materials, with its focus being on the architect’s model, which is this studio’s preferred research tool. The multiple models, built with a range of different materials and with differing scales, are presented as evolving species, revealing the creative process. An experimental methodology of trial and error, involving some steps forwards and some steps backwards, is inherent in the design process of this architectural duo. The architect’s models are displayed inside the archive boxes themselves, arranged in successive lines of archaeological stratification. Some final models, those of architectural designs that have been materialised in the form of a built work, have been raised up and hover in the air. An ARX landscape that directs our attention towards the real.

ARX Cinema
The ARX Cinema shows the built architecture through the moving image. Architecture is an art that is simultaneously spatial and temporal, affording it a structural affinity with cinema. It is not by chance that Eisenstein claimed that architecture was undoubtedly the predecessor of film. On the other hand, the modern promenade architecturale could only be captured through the dynamics and editing of the cinematic image. In the absence of the built work, architecture consists of a series of planes, movements and textures. Cinema becomes a device for spatial research and production, configuring an architecture of images.
The ARX Cinema exhibits spaces built by this architectural practice. It interprets them cinematically, explores them spatially, using the technical and creative techniques of filmmaking. It deliberately displays the inhabited spaces of five recently completed public works, with very clearly differentiated programmes and sites. It presents poetic and critical readings of the space that is lived in, offering an immersive experience that is simultaneously based on sight and sound. More haptic than merely optical, these are unique experiences of unrepeatable works. In short, a landscape of perceptions and emotions that reveal the architecture of ARX Portugal, through the surprising exhibition of the everyday life of its buildings.
Publicada por www.dimscale.com em 9:00 am

Email ThisBlogThis!Share to TwitterShare to FacebookShare to Pinterest
Etiquetas: arx