Banksy's artwork sold in Miami for one million euros

Banksy is a British street artist, specialized in the art of graffiti through the stencil technique. He's the most well known street artist and his works are the main reference in this kind of art. Recently, one of his works was sold in a Miami auction for about one million euros. However, not a cent of this money went to Banksy's pockets, since the wall where the work was painted was removed by the building's owners, being the auction conducted by a private company on their behalf.

Since the wall was removed from a street of Wood Green (London), the local community, supported by Haringey Council, has been protesting against what they consider to be a theft of a gift that Bansky had addressed to them. The work, titled as "Slave Labour (Bunting Boy)" is seen both as a criticism to the Jubilee's ceremonies of Queen Elizabeth II and as a denunciation against child labour. 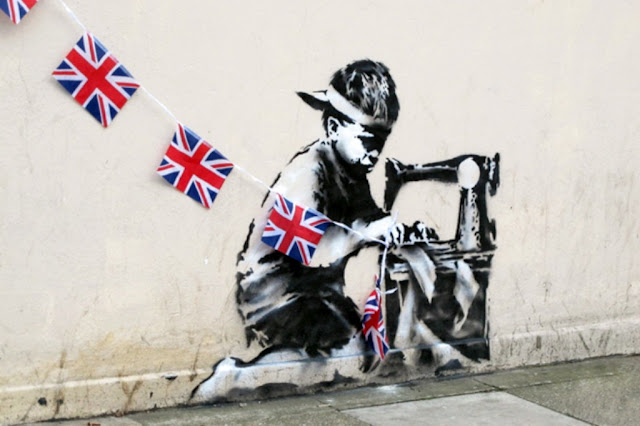 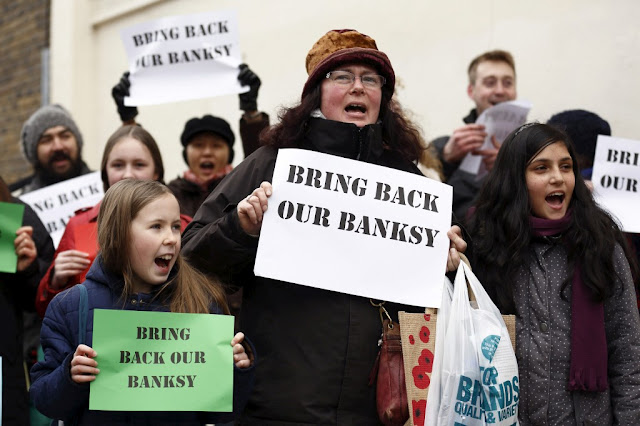 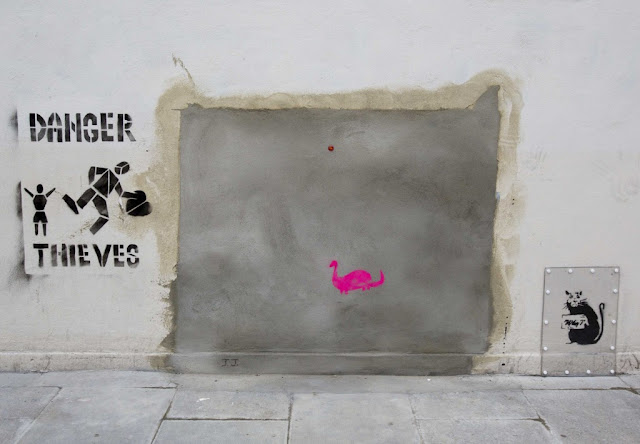 We present in our blog some of the most popular works of this controvertial artist that likes to approach themes as the globalization, the massive consumption, capitalism, war and the condition of the modern man. The 2010 documentary/film "Exit Through the Gift Shop" directed by Banksy is also presented below. 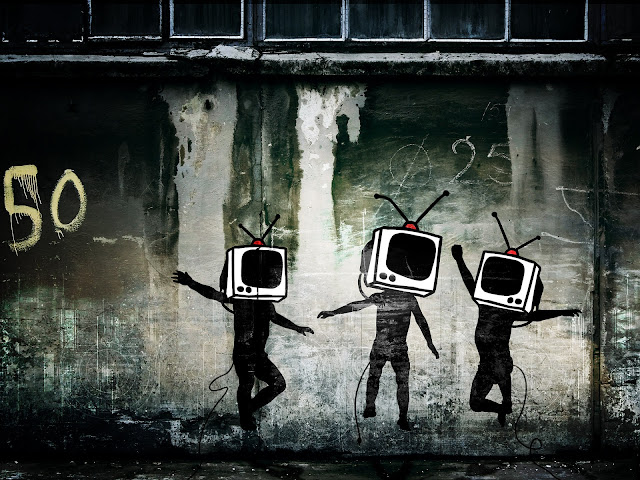 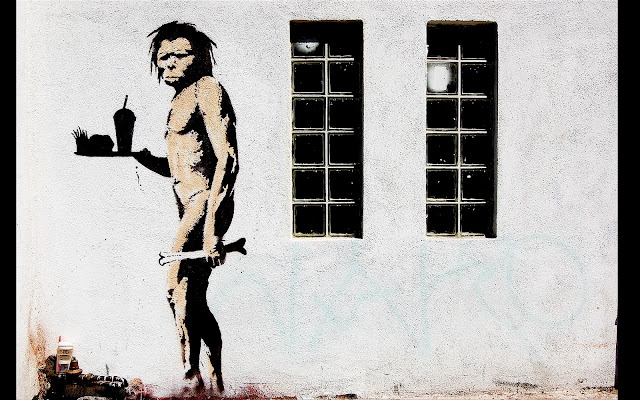 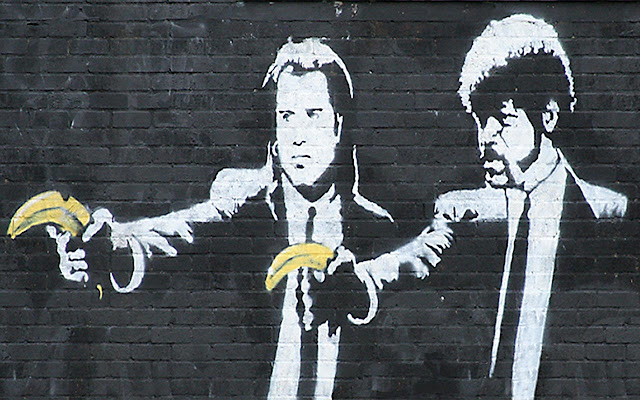 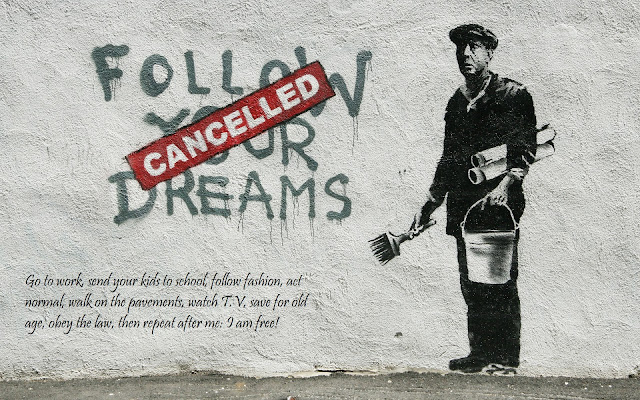 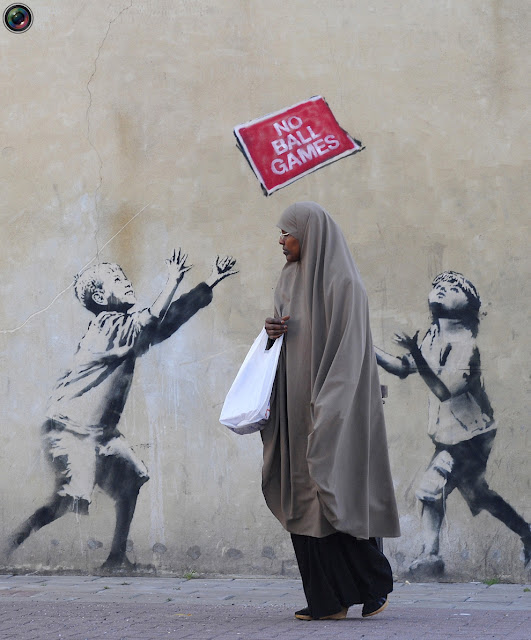 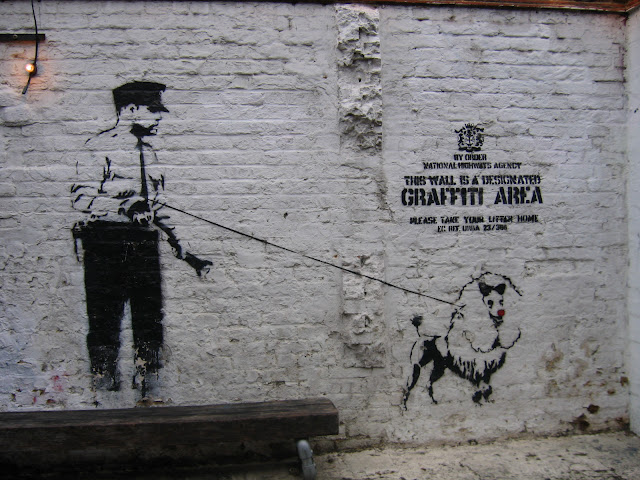 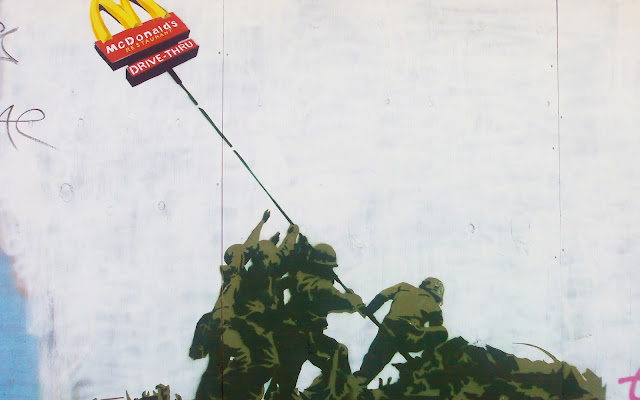 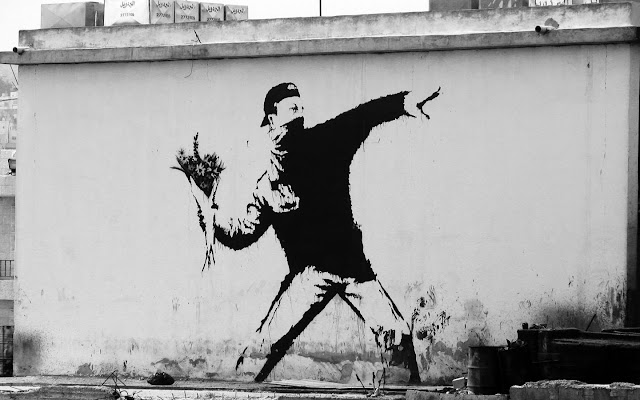 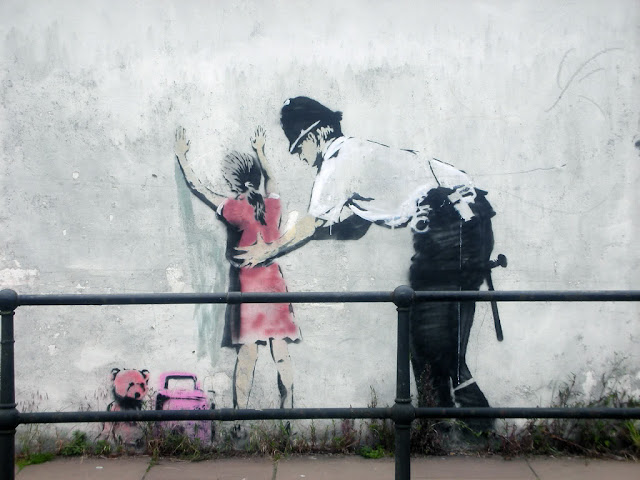 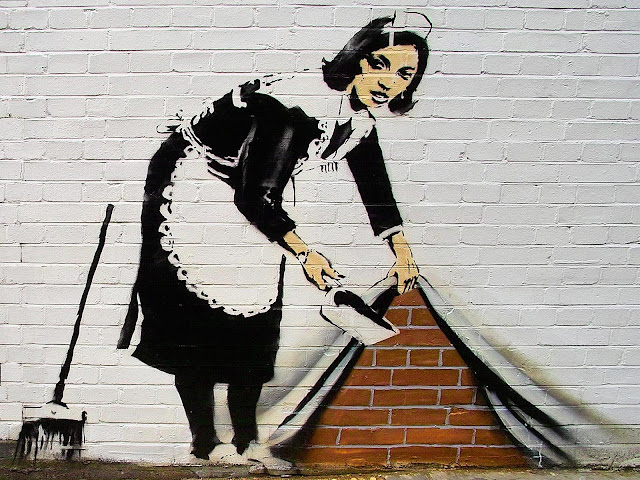 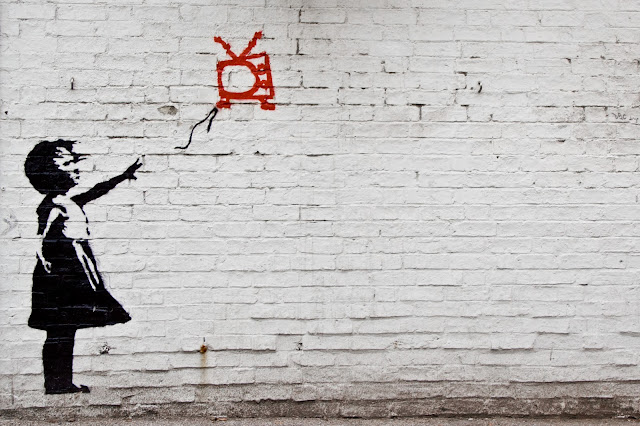 Email ThisBlogThis!Share to TwitterShare to FacebookShare to Pinterest
Etiquetas: banksy