"The new school consists of a school building of ca 6500m², a sports-block of ca 2500m² as well as additional smaller buildings. The school is executed as a passive-house, thus becoming one of the largest passive-house buildings in Sweden and probably the largest passive-house school built in the country.
The school utilizes the existing energy within the building generated from people and household appliances which then reduces the overall heating requirements of the building.

Architecturally the school is sited as a backdrop to the centrally located park south of the building, filling one of the planned blocks of the future area of Kollastaden.

On the north side of the school, a communal schoolyard is placed to connect the new and old school-building. The schoolyard is designed to be actively used by students participating in activities which support learning. There is parking, both for cars and bicycles, and zones for the school-taxi.

The School building which is based on the design program of Kollastaden, has its own strong character. The street facades of pale brick are kept relatively restrained while the facades facing the yard have a more playful expression, both in the facade design and in the volume.

The school-yard facade is dressed with stucco and panels. To give the relatively large building a human scale the street façade has a variation in composition. This is shown in both window-setting and the artistic decoration of the brick as well as high-lighted entrances and windows with red façade-panels.

A distinct entrance leads the visitor into the entrance hall with an atrium that is open in three planes. All communal areas are situated around the atrium as well as the more public function rooms. In the wings of the building, the permanent classrooms are situated furthest away from the more public areas so they have more privacy and less unnecessary disruptions.

Kollaskolan is a playful, inspiring and sustainable school environment centered around the students, with a building volume that is well suited to its purpose and context.

The new school is built as a supplement to an existing school where the schoolyard serves as a linking passage and provides a creative outdoor environment. The schoolyard facades are clad with façade-panels in a colorful and playful pattern, while the street facade in brick has a more sober expression to establish a close dialogue with the surrounding areas.

The new school houses 360 students from ages 12-15 and is the result of 1st prize in an architecture competition. The building is now one of Sweden's largest passive houses." 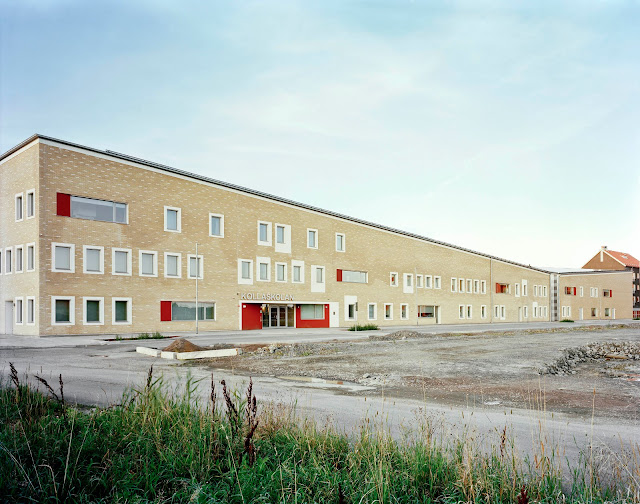 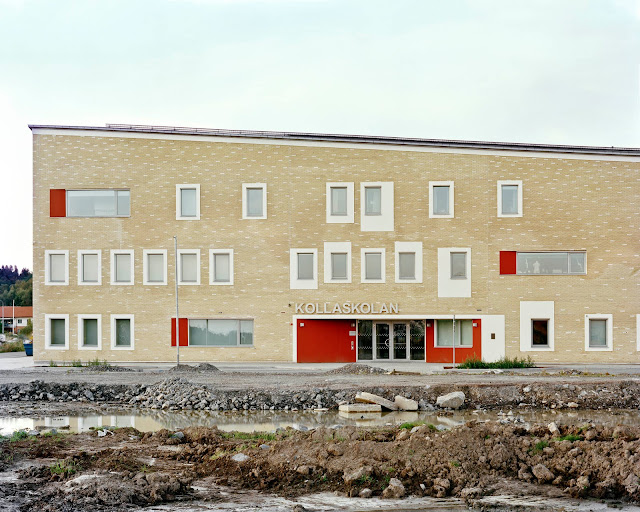 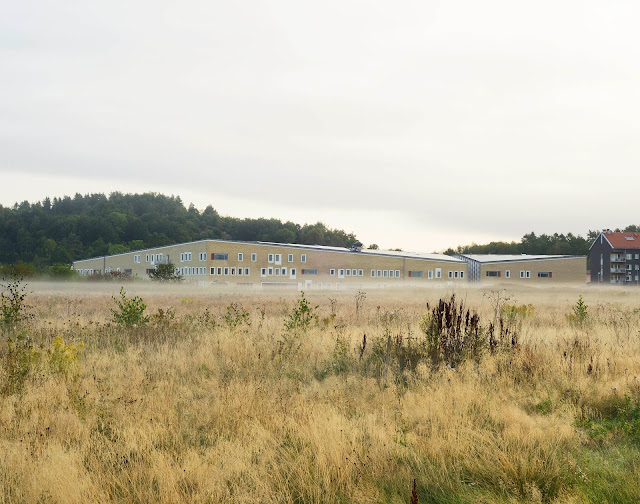 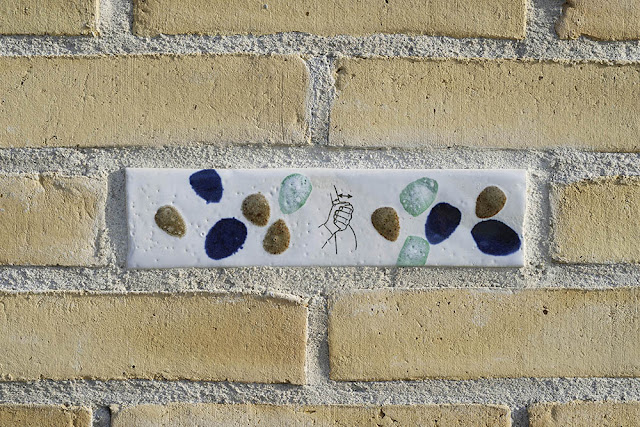 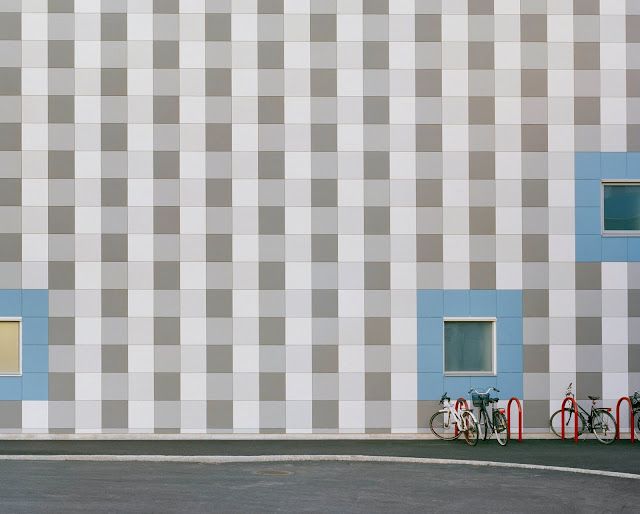 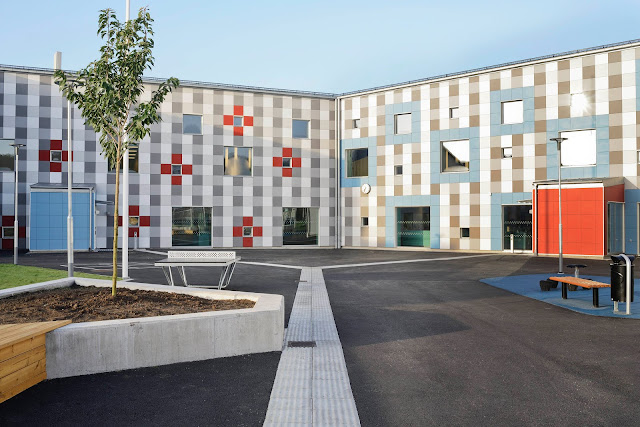 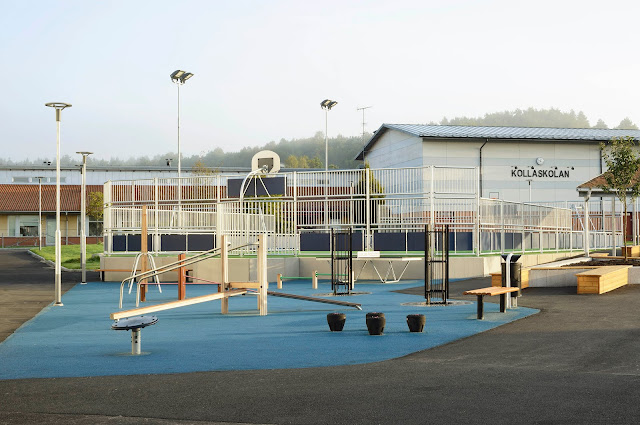 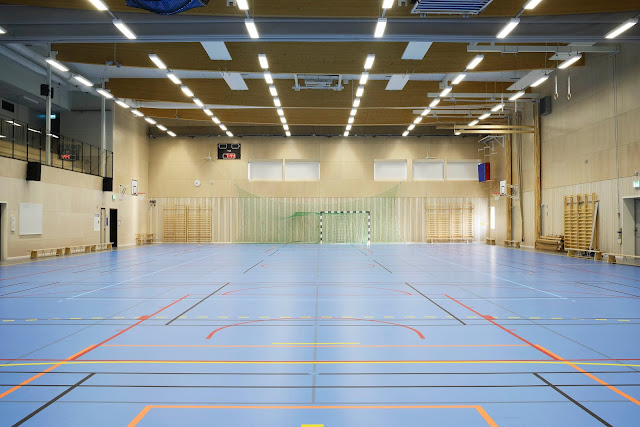 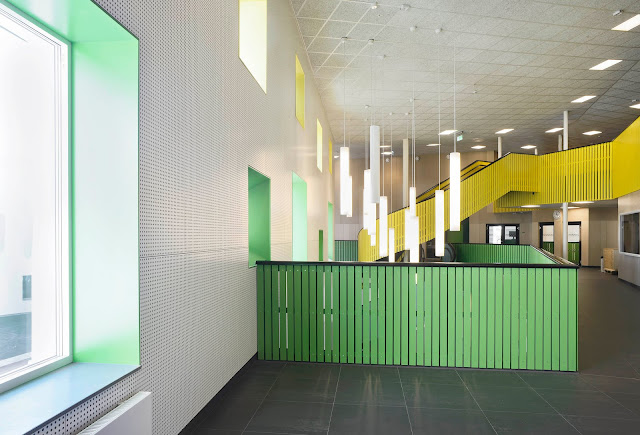 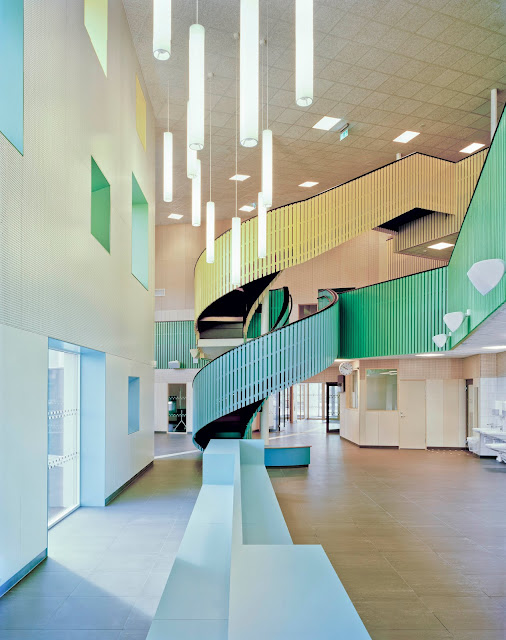 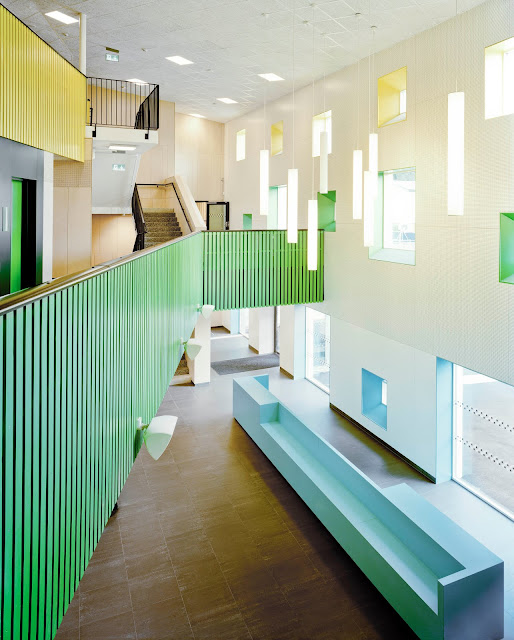 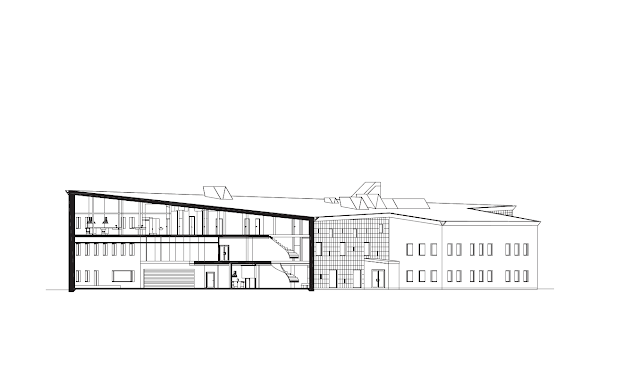 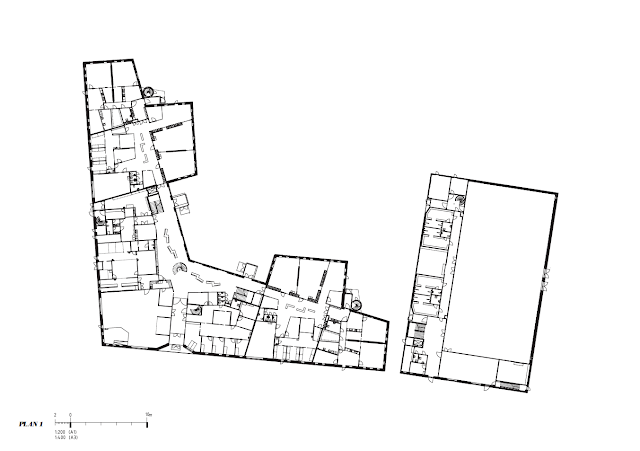 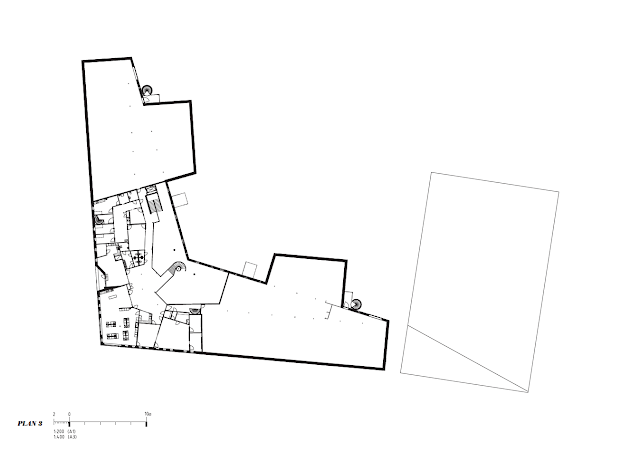 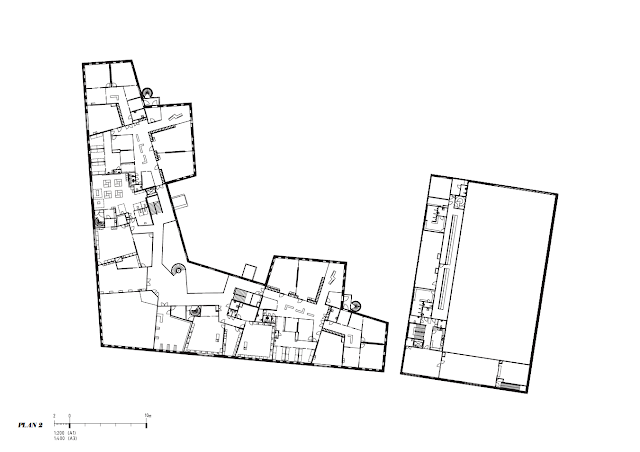