Project's description on ArchDaily:
"The project consists of the renovation of a building from the late Nineteenth century in the old centre of a small town in the province of Bergamo, which had initially been built as a primary school. The intention was to make the building available to the citizens, by renovating and expanding the original building, which was to become the new municipal library and thus a centre of culture. The C-shaped plan of the original building and the fact that more space was needed suggested the addition of a new block on the open side, to create an internal open court and turn the building into a more stately “palazzo” formed around a court.
The new volume is only connected through the basement, while it maintains a studied physical and morphological distance from the existing building. The new structure takes the form of a triple-height book-case, contained in transparent shell or casket, protected by sunscreens formed of terracotta books supported by a system of steel profiles which screen and filter the sunlight. This “diaphragm”, characterized by the free rotation of the books, symbolically defines the character and the significance of the entire building." 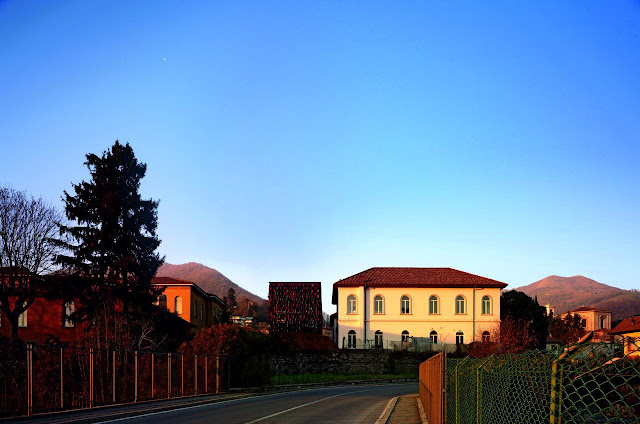 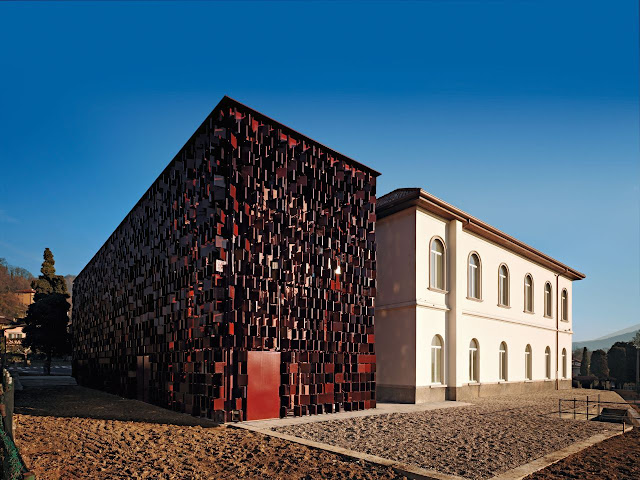 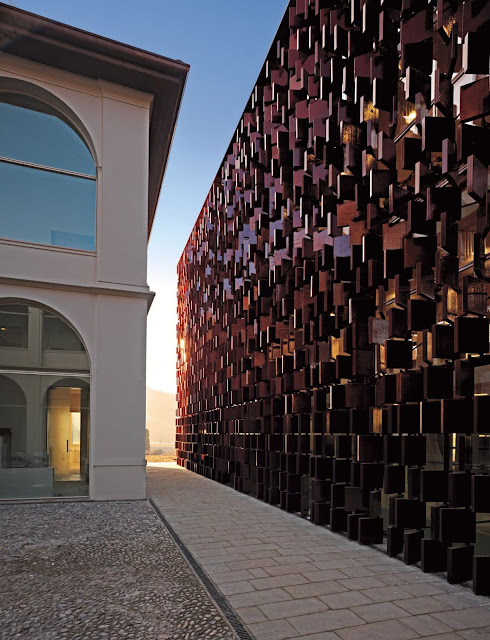 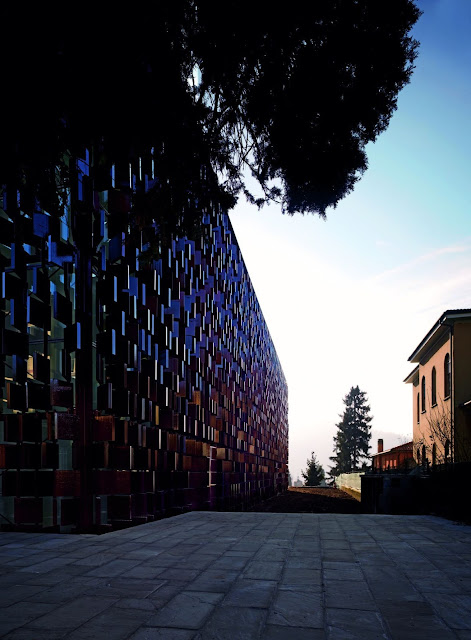 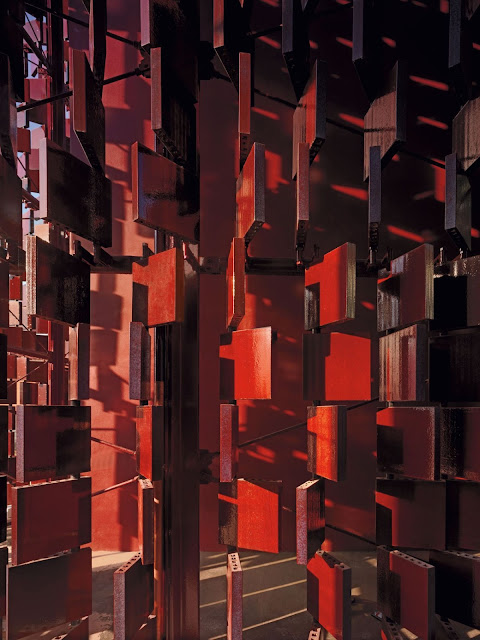 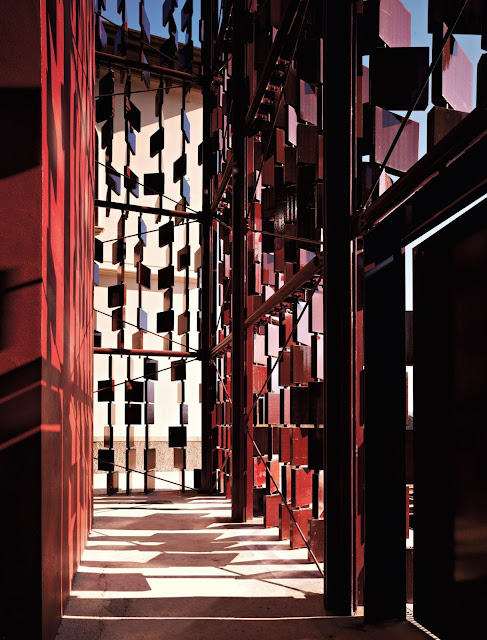 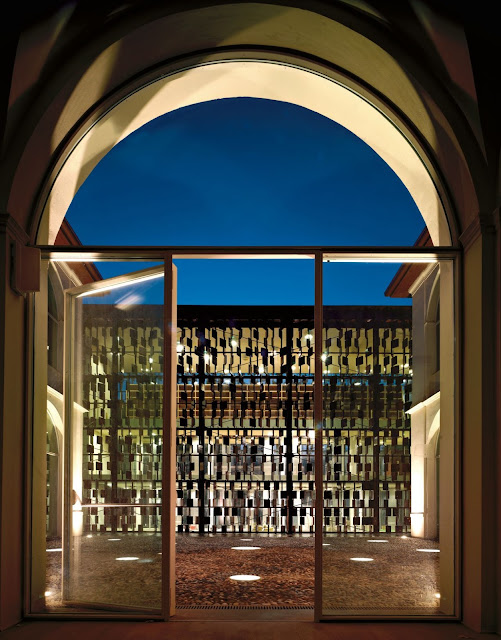 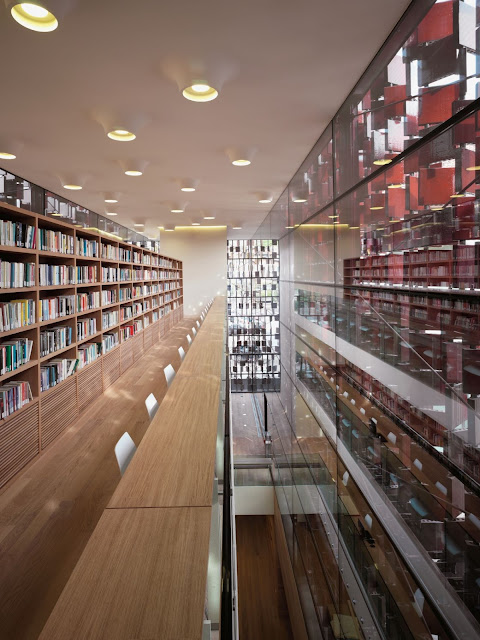 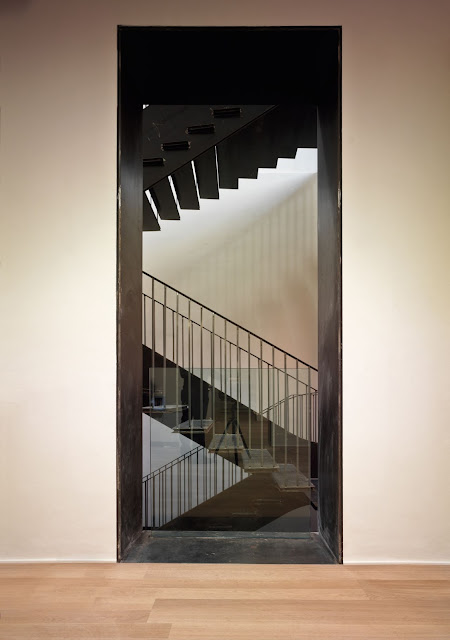 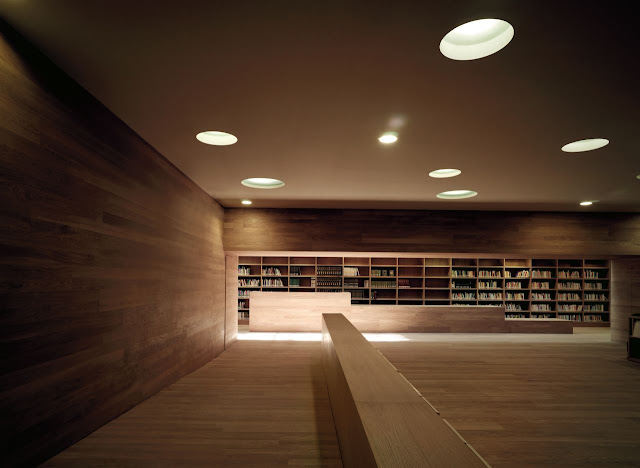 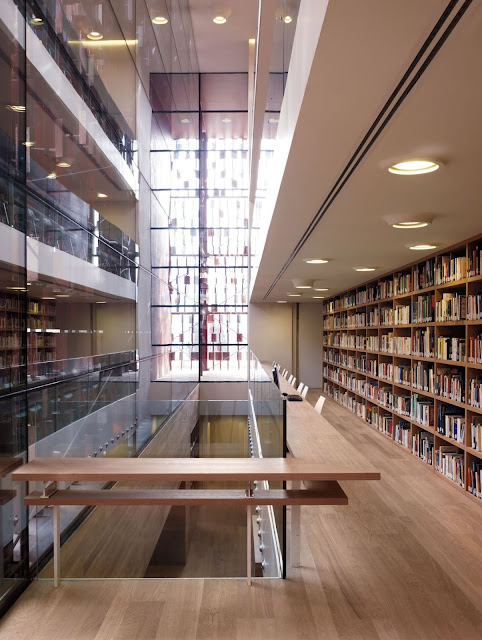 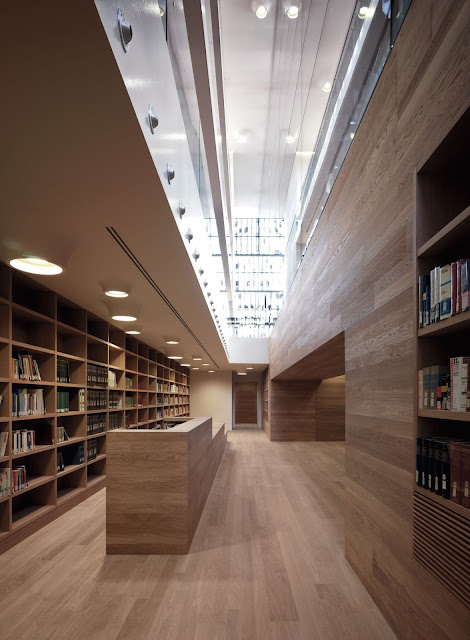 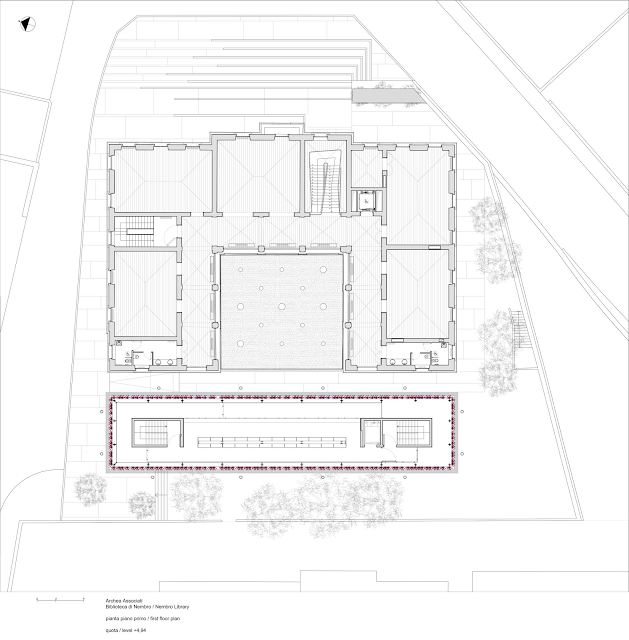 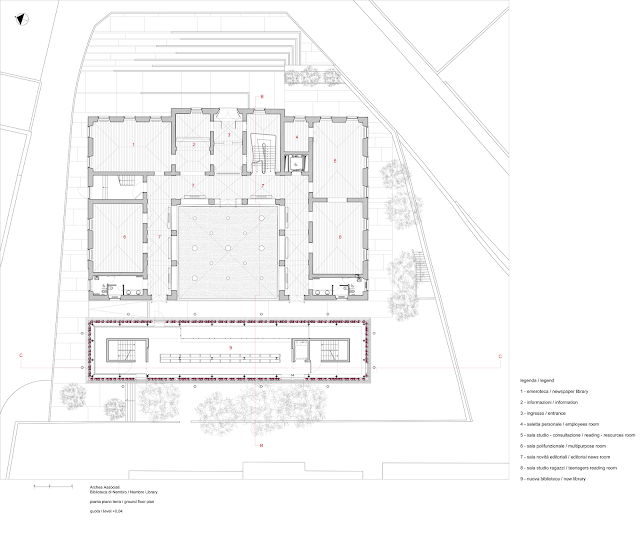 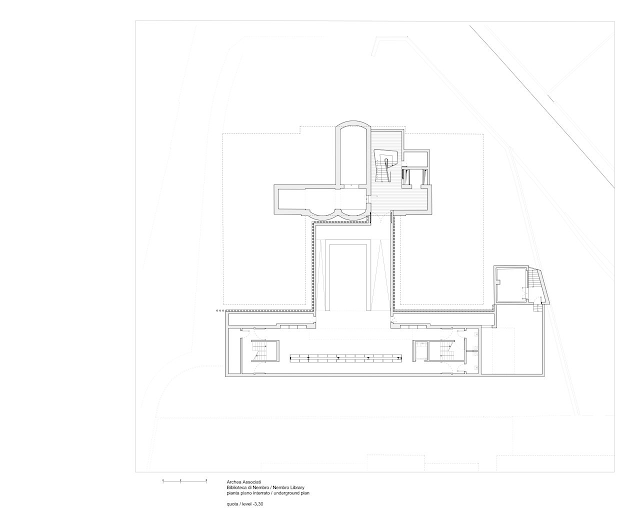 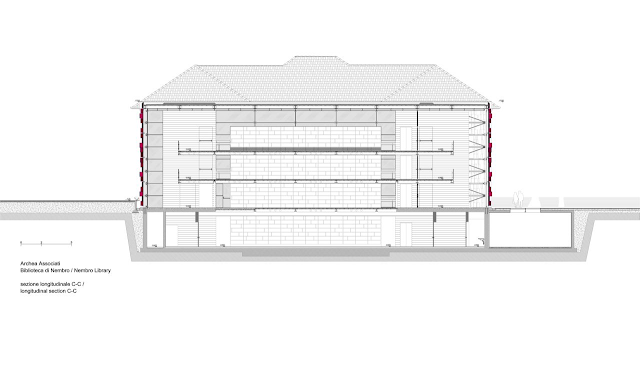 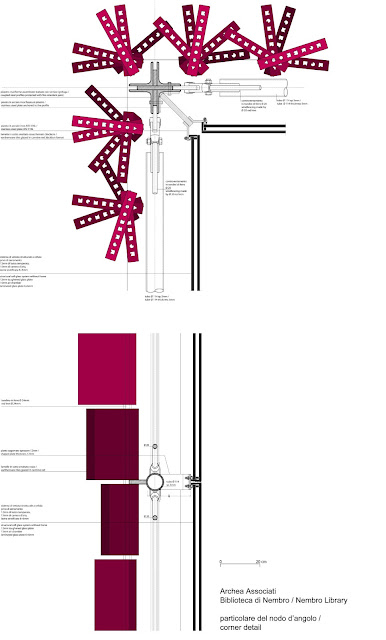