After a first very effective development phase right after the armed conflict that happened in the country, Angola faced a period of deceleration induced by the international financial crisis. It's entering now in a new development phase, which will be translated into the increase of investment in Real Estate sector for the next years. 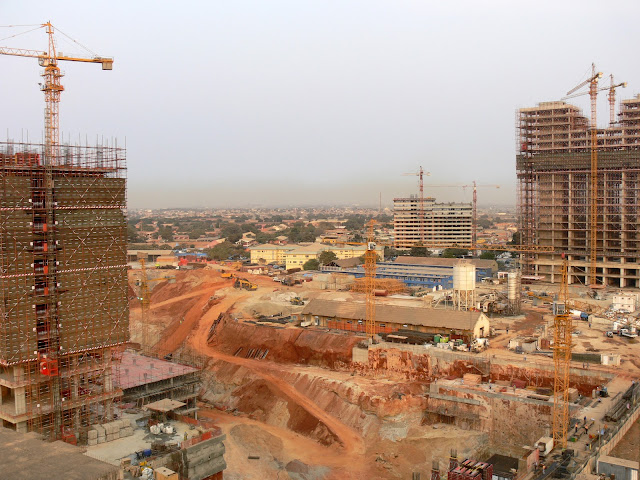 The market of Angola is now making its path to balance the offer and the demand, namely in the sectors of Housing, Hospitality, Industry and Retail. Only in the Office sector it's verifiable a scenario in which the offer is superior to the demand, that explains the recent stabilisation of the practised renting prices.

The Housing sector represents a very attractive investment opportunity, due to the lack of solutions for the rising middle class. For instance, in the city of Luanda the majority of Real Estate investments that were made were mainly focused to the middle-high class, leaving the solutions for a middle budget client for a second development phase, which is about to happen. These investment opportunities are valid to several other regions of the country beyond the capital Luanda, such as Benguela and Lobito.

The Hospitality sector brings also a wide set of opportunities, both in the business traveling area (with predominance in Luanda) and in the tourism area (highlighting Benguela due to its 200 km length of coastline). The local government is betting in the area of tourism, to attract international tourists and to encourage also domestic tourism, leveraging the refered rising of middle class.

The government sees also the Industry as a sector to be target of very effective investments. To help creating better investment conditions, the government compromised with the improvement of accessibilities and specific infra-structures and with the application of facilitation measures for the foreign investment.

The Retail business, by its turn, is still operated in a very traditional way through local family stores. This offer doesn't meet with the demands of both middle and middle-high classes for more modern retail spaces that can concentrate a set of international stores. In this way, a good part of Real Estate investments will surely be made in the construction of new commercial infra-structures.

For all this reasons, Angola is a very attractive market to all companies that provide both products and services focused to the areas of Construction and Real Estate. On this second development phase, Angola's market learned to value a more professionalised kind of supplier, taking into account the relation between price and quality and the provided garantees.

Email ThisBlogThis!Share to TwitterShare to FacebookShare to Pinterest
Etiquetas: angola