Projects Wanted is an initiative promoted by Void Matters, in which we invite Architecture offices to share their new projects with us. We are open to receive projects from all around the world, regardless of their dimension or typology. Please send us high quality photos (indicating their authors), drawings and descriptive texts in English to our Marketing e-mail - david.cardoso@dimscale.com. It will be our pleasure to help spreading new Architecture concepts and ideas.

Main Idea
"The concept of the house has a strong influence of national and international artistic movements such as the modern architecture and Bauhaus. I believe that architecture is the result of an academic reflection on real needs that creates possibilities according to the culture, environment, etc. The project of the residence came from a basic premise: maximum use of land for a huge program. Thus, the strategy was to locate specific areas and vertical circulation in a way that the rest of spaces enjoy extreme flexibility and a wide visual range, profiting the structure and volume. A container rests on two “bars” and stands out in access and uses of their immediate surroundings. The prismatic volume contains the program of the residence on two floors plus a roof garden. This transition provided by two metal beams allows the floor of the garage to spread to the maximum boundary of the site. Maximum occupancy without affecting ventilation and lighting guaranteed exactly by that range.

Living Space
The major focus in the creation of social areas was the integration between them. Through constant reunion of friends and intense social dynamics of the owners, the spaces have their limits diluted. The interface between the kitchen, backyard and dining room blur the borders in favour of a large common area. There are many possibilities.

Location of the Building
The house is located in the extreme north of the city of Sao Paulo, Brazil. Despite being the main economic hub of the country, this part of town still has preserved a certain bucolic landscape and an intense contact with tropical nature. It´s next to "Horto Florestal" park. The park can be enjoyed from the attic like a “belvedere” to surroundings.

Notable View
Sculptural elements emerge from roof to disrupt the order. The smooth curve generated by the volume of the water tank and the copper triangle attic access contrast in chromatics and shape.

Planning Restriction
In the process of construction of the house, no change was needed in relation to the original design because it was designed within the standards and urbanistic planning laws. The minimum setbacks, the occupancy rate, height, roof-garden and the half underground garage proposed are in accordance with applicable laws in the area.

Surroundings
The container openings are extremely flexible in the front and back facades, while quite tenuous on the side facades. This is a direct consequence of the immediate surroundings responding the common practice of the neighbors doing their constructions on the border of their private grounds. Because of this, the program is located in the perimeter side providing a more flexible interior space and visual communication in height trough the center of the house.


Since the house is located in a residential zone with extremely strict rules, the house interacts with the neighbors in proportions, because it fits around in width and height. The project has enhanced two preexisting surroundings: natural slope and proximity to a natural park. The excavation of 1.5 meters allowed the construction of the half buried garage, allowing some continuity with the natural terrain (in a cross-section is possible to notice this fact) and the use of the roof-garden like an observatory to the park next to the project.

Notable Points
Two huge projections directed to the front and back facades emphasize the architectural main idea which is to support a concrete cube in two metal beams. Understanding this as the basic architectural idea for this project, we note a gap between the basement and the cube. Besides supporting the main volume of the house with visual lightness, this gap brings the light and air to the basement. The shadow from outside translates into light in the inside.The structure is the protagonist in the conception. Accesses through this gap were distributed as independent elements of the geometry of the house. The space created inside, in fact, is what remains after adding three small  "boxes" with programs. Dialectic interdependence between home theater, kitchen and stairway is established in the residence and demarcates a territory, as seen illustrated in the sketch next to this text.

Vertical Connection
A particular challenge in the project was making the most of the mixed structure (metal and concrete). The connection between them was carefully designed because each one answers differently to the same structural demand.Materials choice was made in function of the response that each of them gives to a specific need. The large cantilever suggested the use of solid slabs. The transition between the house and the basement suggested the use of the two big metal beams. (Bear the same load as the concrete beams with half structural height) with reinforcements in some points to avoid the collapse. The smaller black metal beams used to finish the slab between the ground and upper floors, are used as a support for the slide window in the front façade, as well as  a support for the panel between rooms in the back façade. Connecting the house from top to bottom, the right wall next to the staircase inside the house offers vertical connections to the exchange of fluids between the four height levels, while providing space for a different event in each. On the garage floor, superior and top terrace, it generates the studio, office and support respectively, while in the main floor a large aquarium turns that wall in to a prism.

Eco-Friendly Measures
The natural light is abundant in space by the strategic openings on all facades and roof that allow light to invade the interior space. There is no artificial light need during the day. Besides being a viewpoint to the city, the roof garden contributes to the sustainability of the residence because it refreshes the area immediately below, the dorms.Water Heating  that serves the house is done by solar energy. Panels absorb sunlight and convert that energy into heat that is transferred to water. A reservoir located on the roof contains the hot water that is distributed to every house through pipes. Natural light enters next to the water tank, passes through the upper floor and reach the social floor. This contributes to the sustainability of construction because it saves electricity." 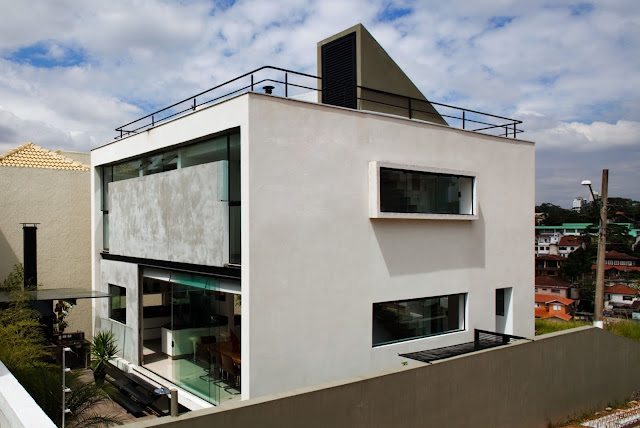 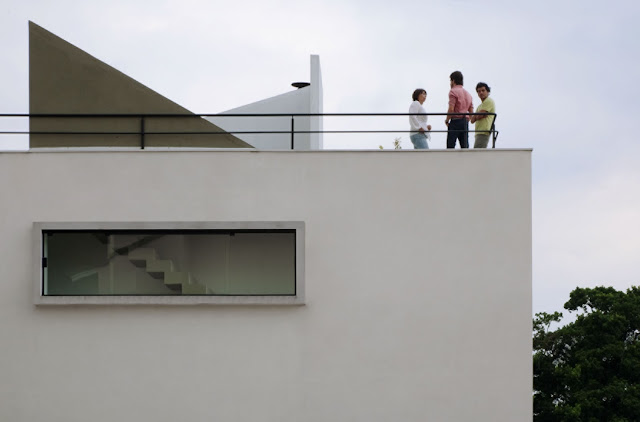 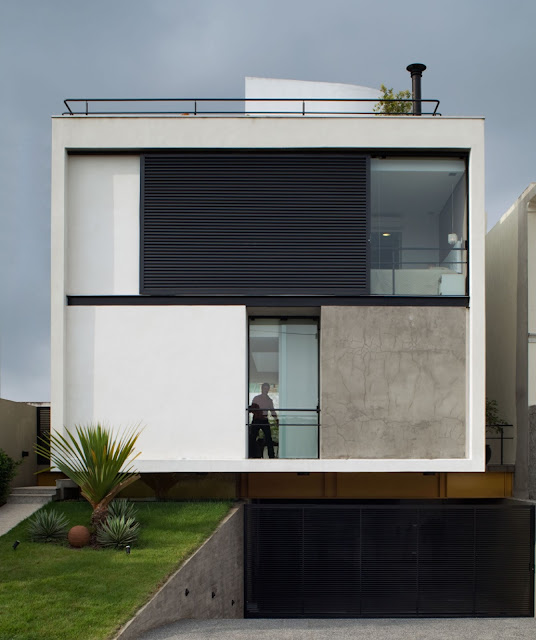 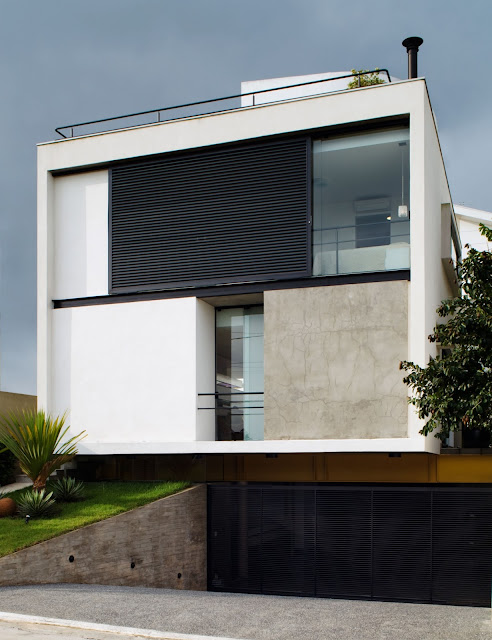 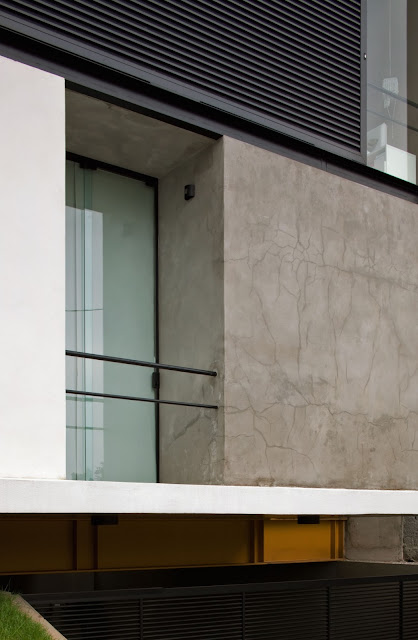 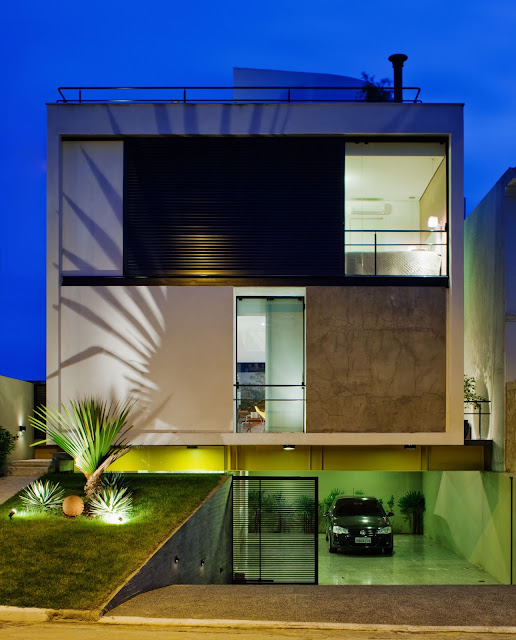 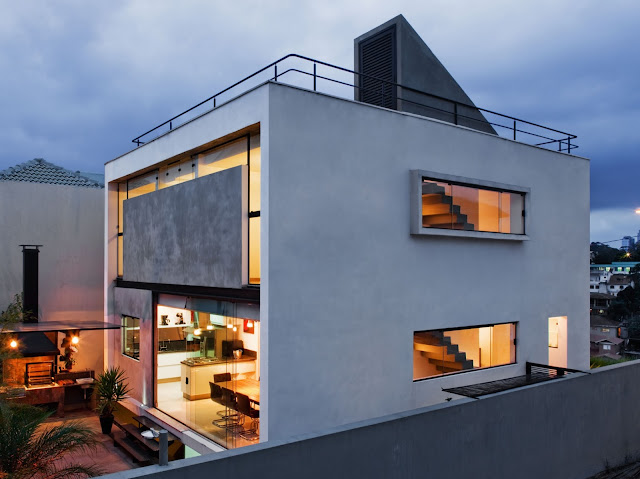 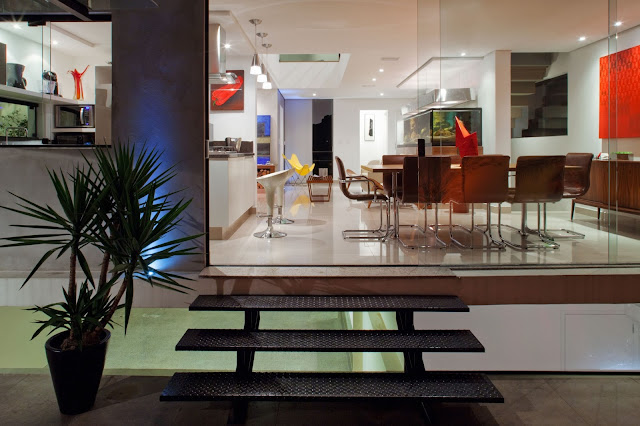 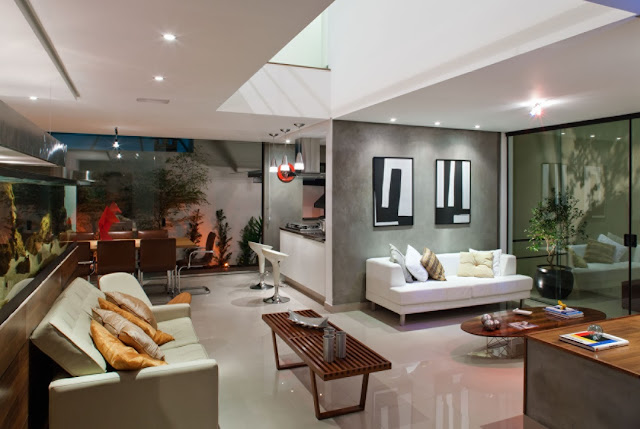 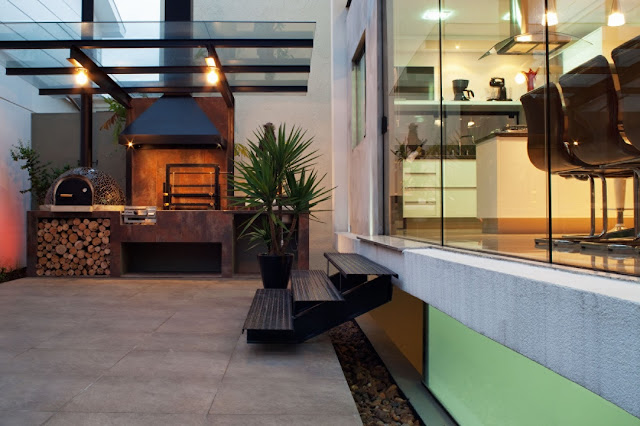 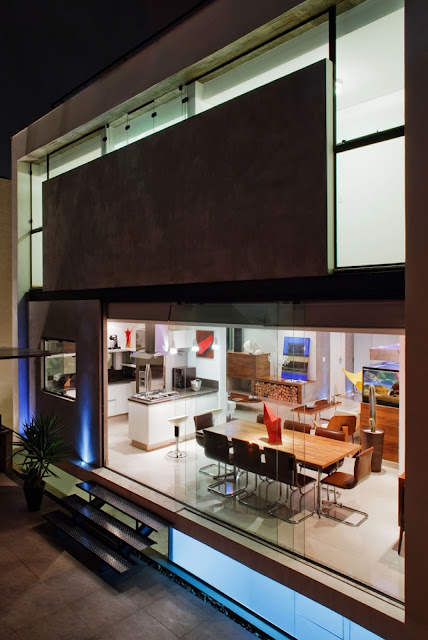 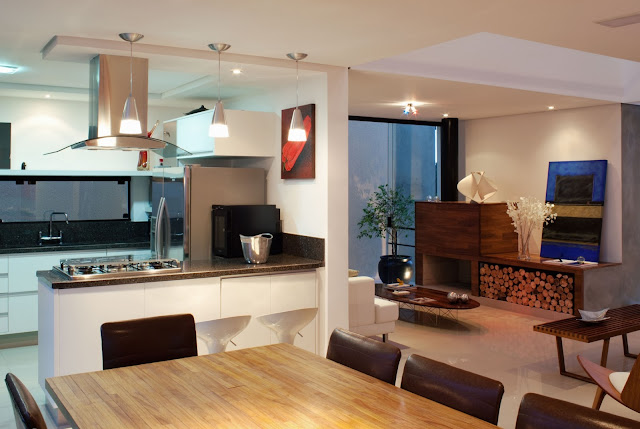 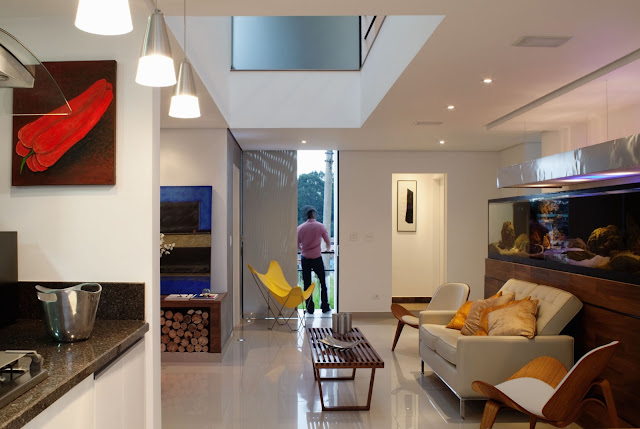 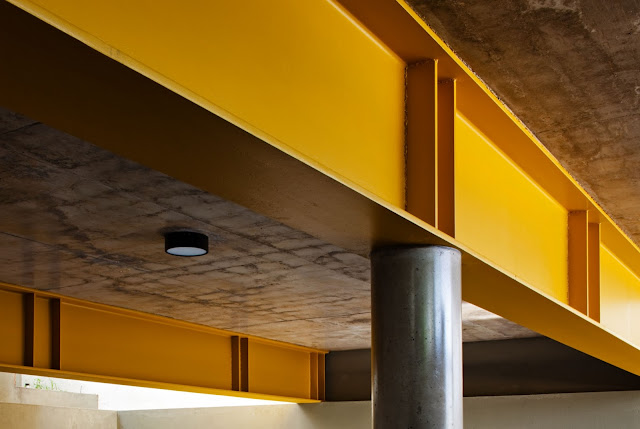 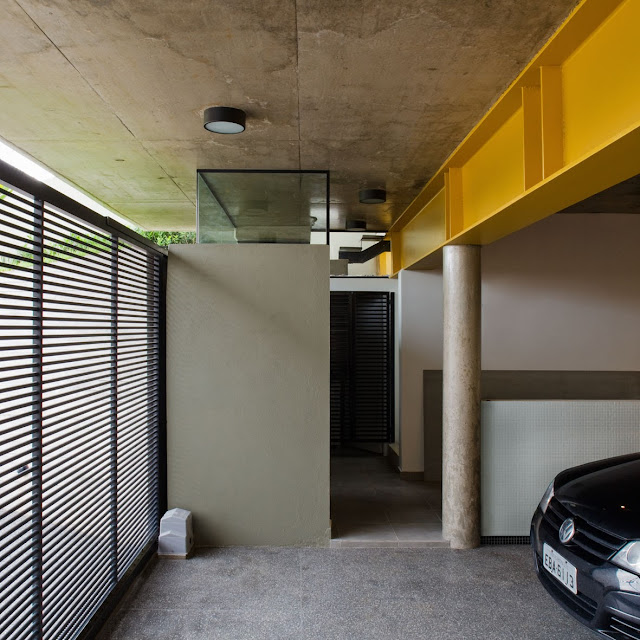 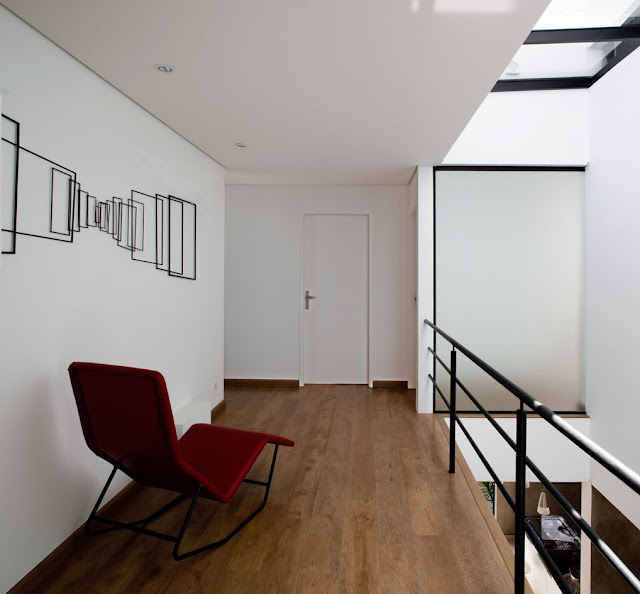 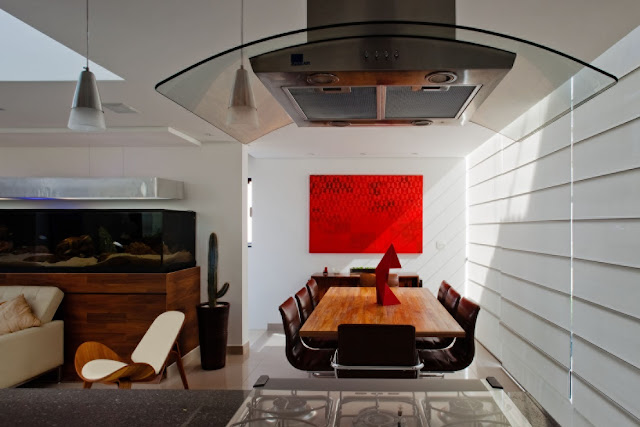 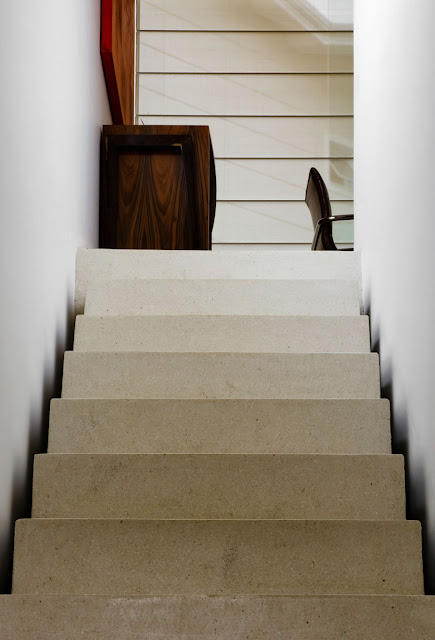 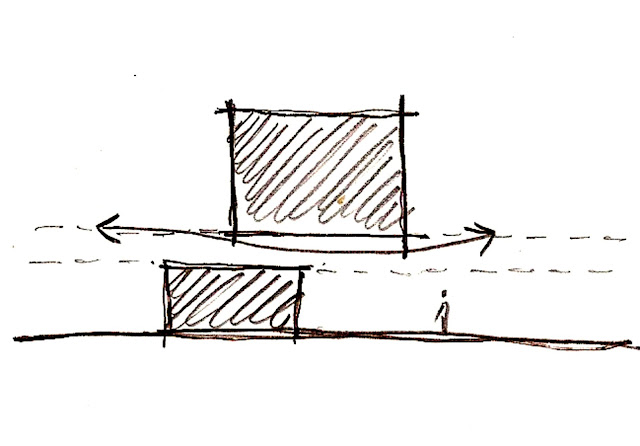 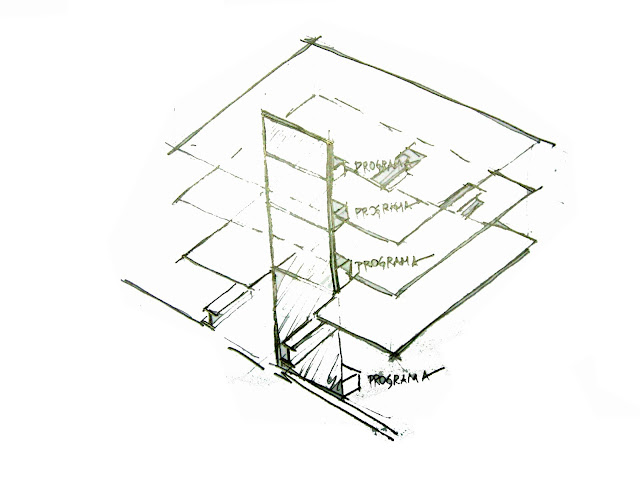 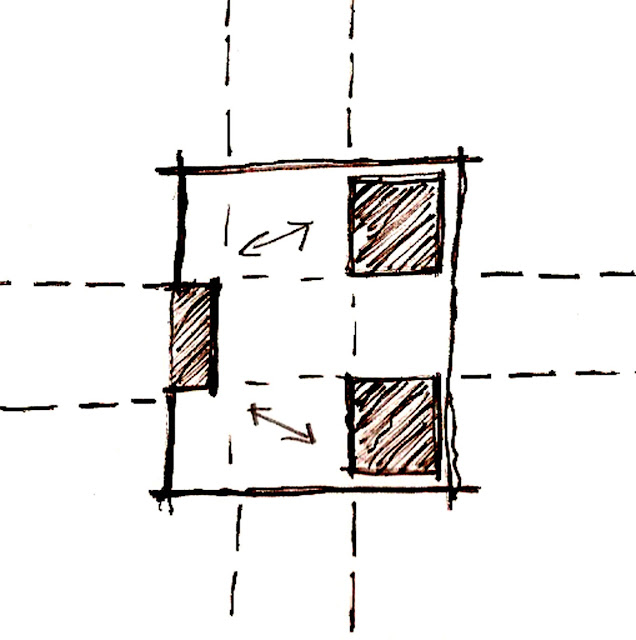 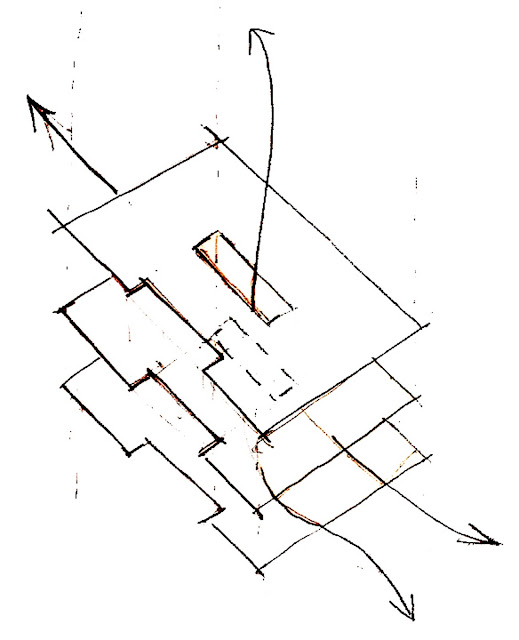 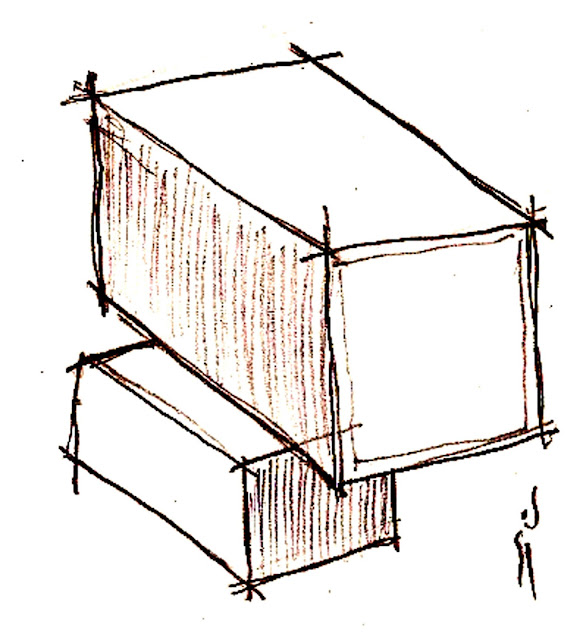