The Portuguese architecture office AVA Architects sent us two projects after our "Call For Entries" request made last December. Today we're publishing the educational architecture project "Center School S. Miguel Nevogilde", implemented in the city of Porto, Portugal. The project's design was executed between 2008 and 2010 and the construction phase took place between 2010 and 2011. The most used materials were glass, wood, polycarbonate, vinyl and metallic structure. The photographic work was conducted by FG-SG. 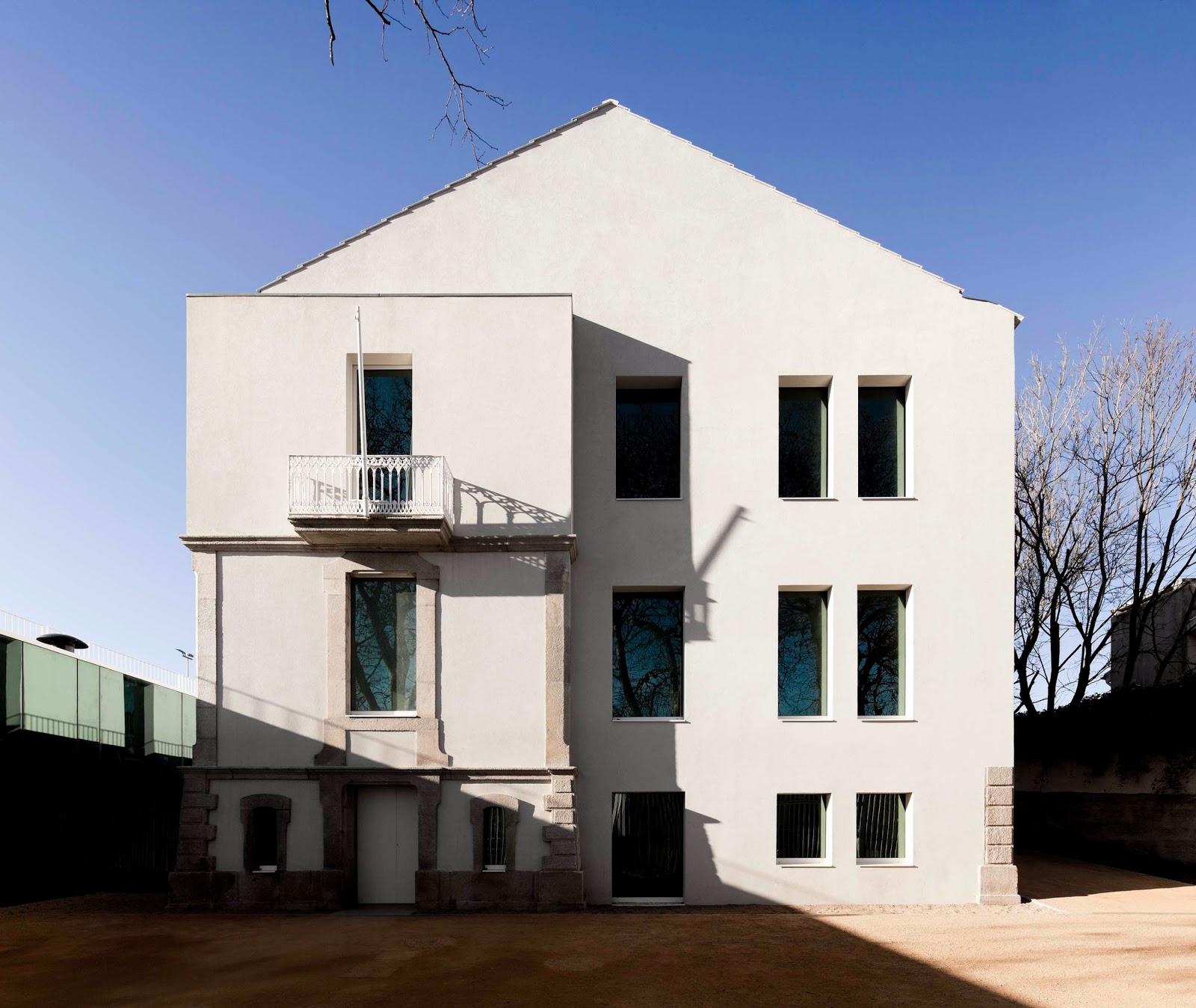 1. Location and Context
The intervention site is located in a specific urban context. The surrounding area is characterized by distinct structures in terms of volumetry, typology and morphology. To the west, in a lower level, we can find consolidated urban structures with panoramic sea views. The remaining area is composed by two-story single-family homes, built in the twentieth century, featuring outdoor spaces and gardens that border directly with the school precinct. The existing school building occupies an area of approximately 5 268.00 m2. On the east side, the terrain is bordered by a street (Rua da Escola), which connects the service and entrance area. Let’s say that the school’s outdoor area, fits and deploys along the plot.

2. Implantation
The spatial and architectural design of the new School Centre took into account not only the limits of the available area, but also the program requirements. It was also taken into consideration the terrain topography, solar orientation, access and links to the surrounding area, the connection between indoor and outdoor areas and lastly, the functional link with the pre-existing building.

3. Program
We sought to formalize and materialize the provided program through an architecture capable of dissolving in its own space, capable of no longer being sensed as a building and seeking to reinforce the identity of the pre-existing building. The expansion consists of a building with a "simple architecture", hybrid in the way it relates. At first impact, it suggests the idea of a mass that runs through the perimeter of the precinct and seeks to disappear on the terrain. This illusion is accomplished due to a glass coating that allows the reflection of the trees and shrubs that surround the plot boundaries. Intentionally, we sought to mislead the physical presence of its status as a "mass" that fills the ground and upper bodies are a representative part of the new school. The ground floor spaces are organized according to the interior patio and visual links are established between the surrounding area and the boundaries of the school precinct. Additionally, the space orientations proposed value visual perspectives of the outside area and also of the school precinct. The program is organized taking into account the different spaces and their interrelationship, seeking for a functional and temporal sense of the different school areas.

4. Organization
We propose the idealization of a school that features different spaces and environments, formatted according to the different levels of education (pre-school and primary school), whilst still relating both through the existence of common spaces. The organization of teaching facilities is done accordingly to the different indoor and outdoor spaces and how they relate between them. We sought to build a specific scenario for the new school reality, through functional and programmatic organization in the expression of a found language. 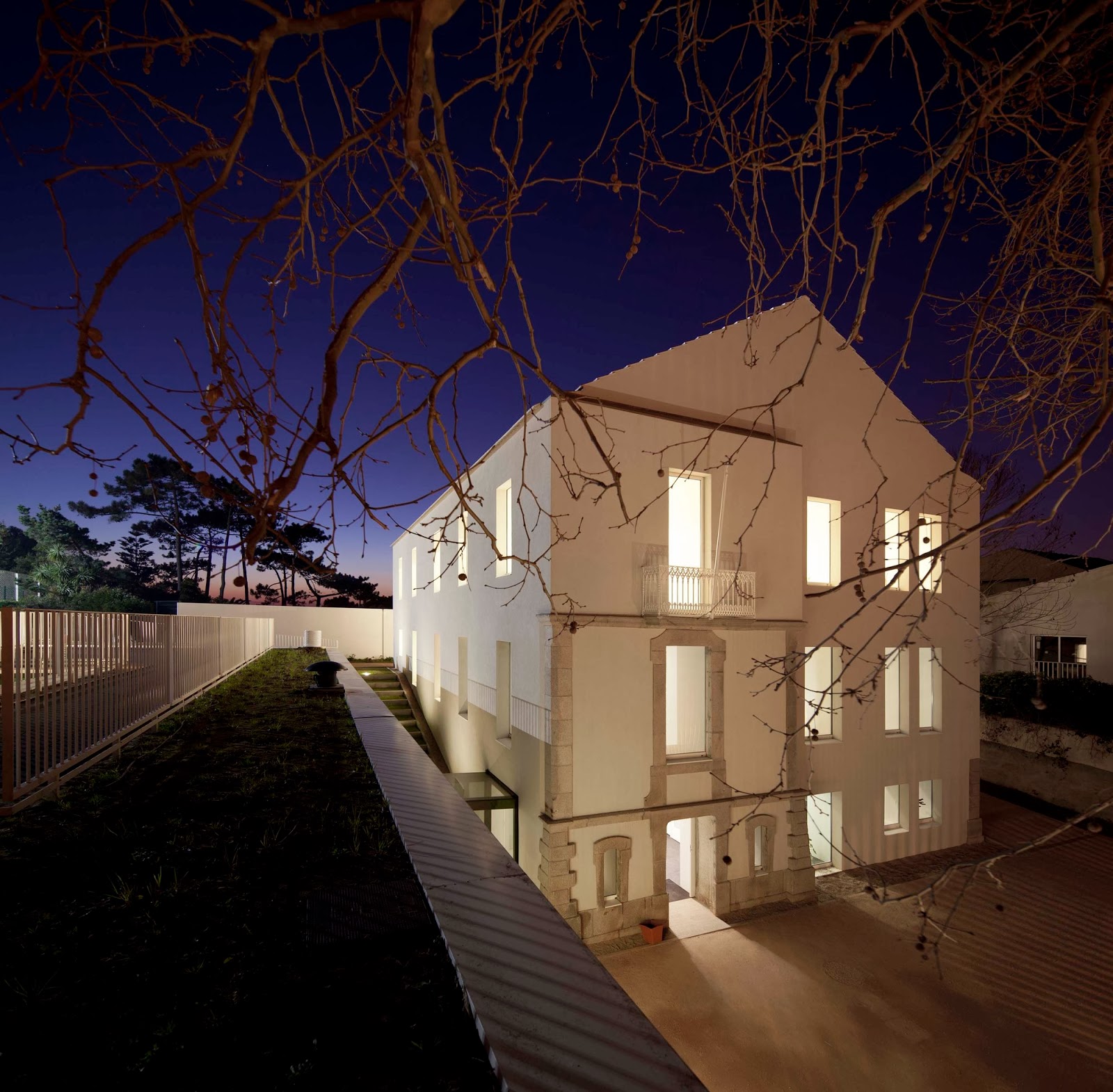 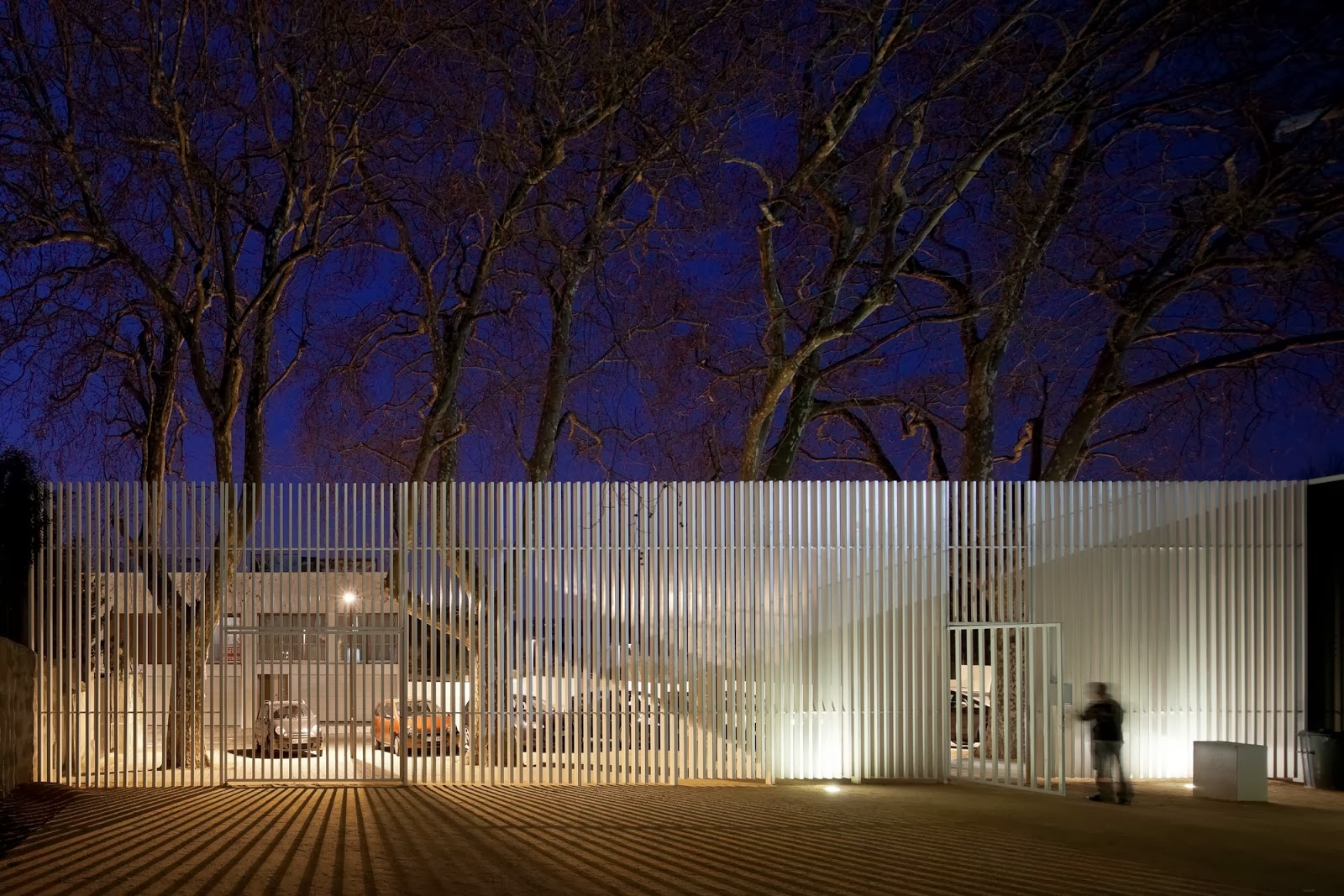 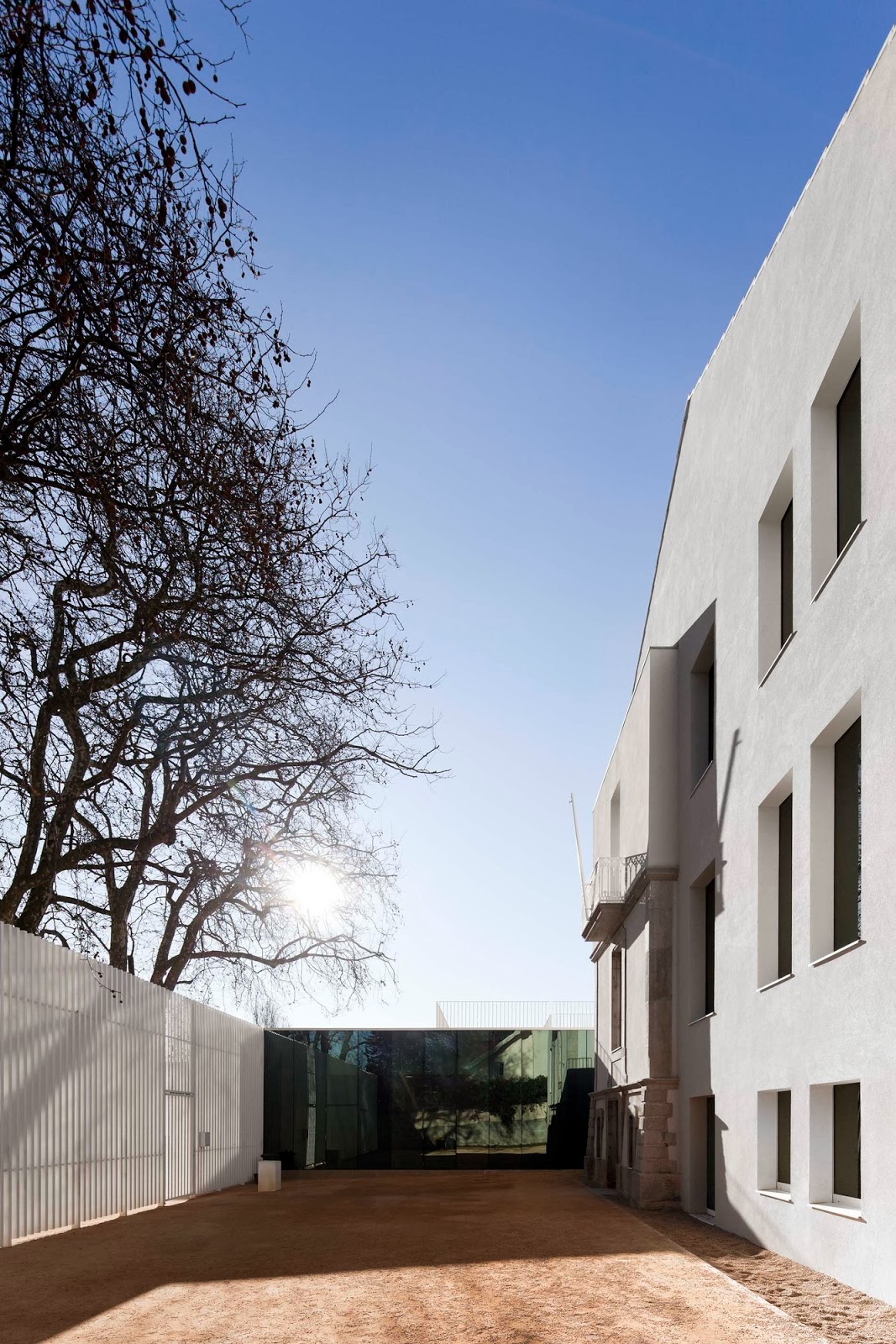 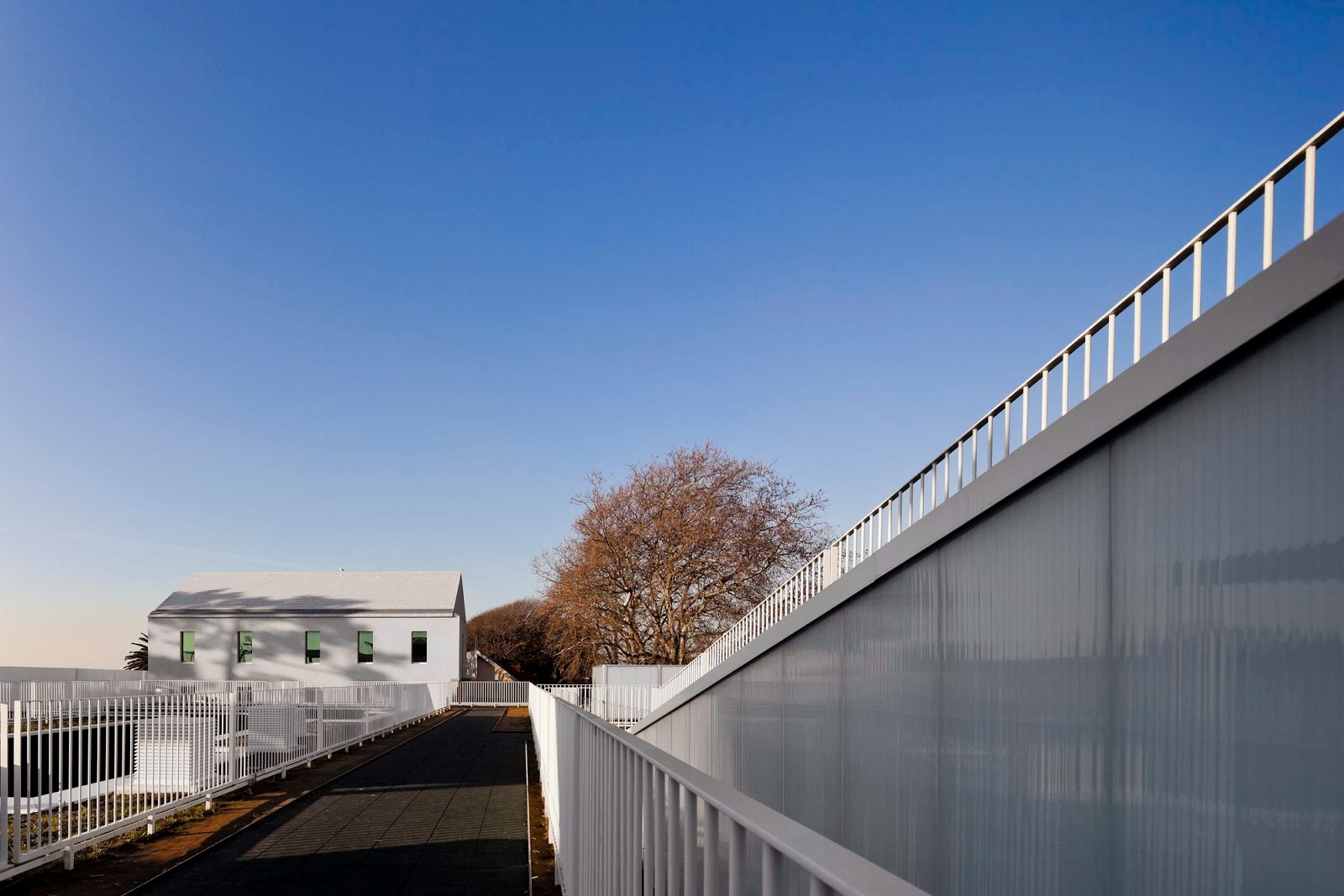 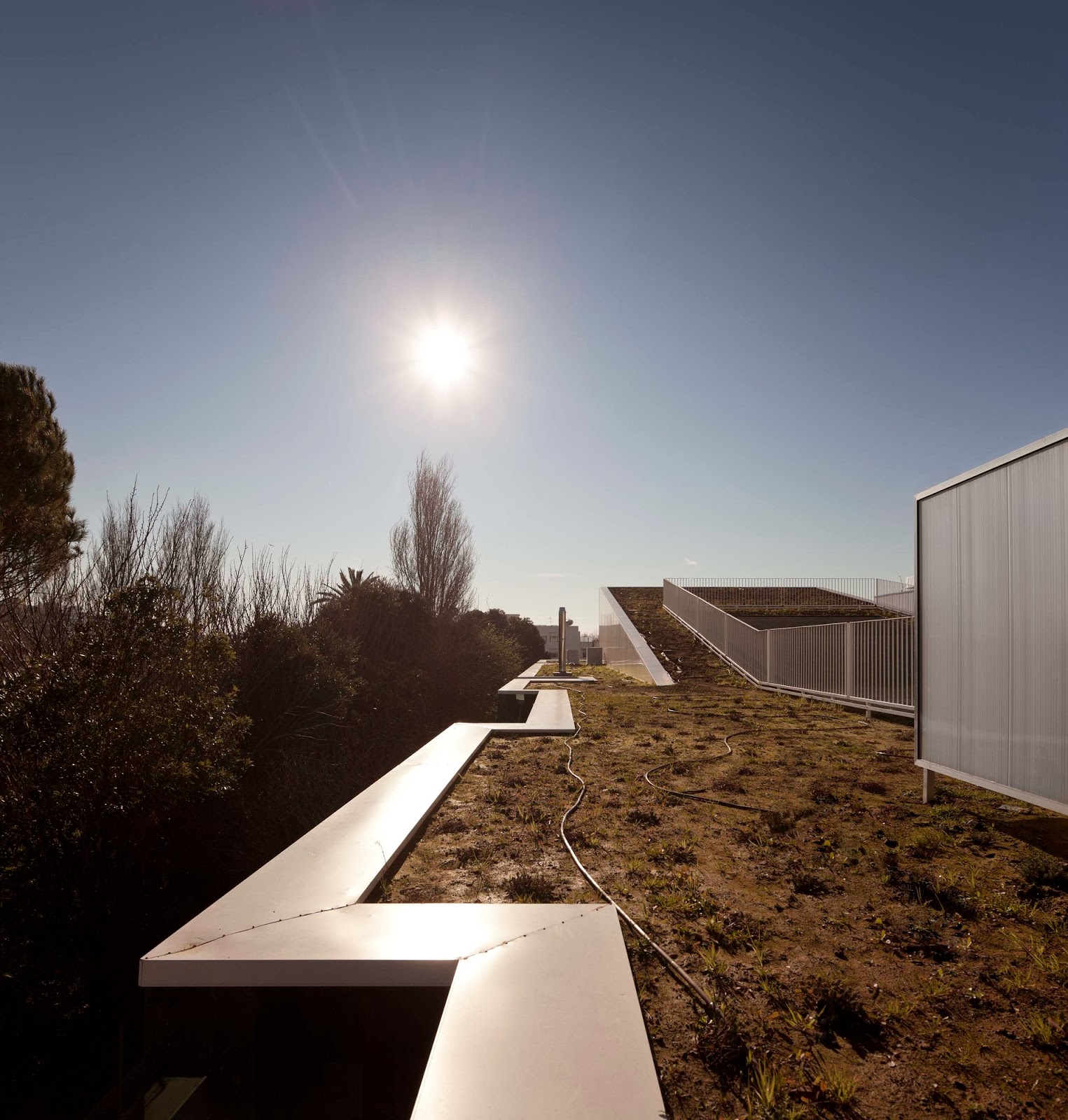 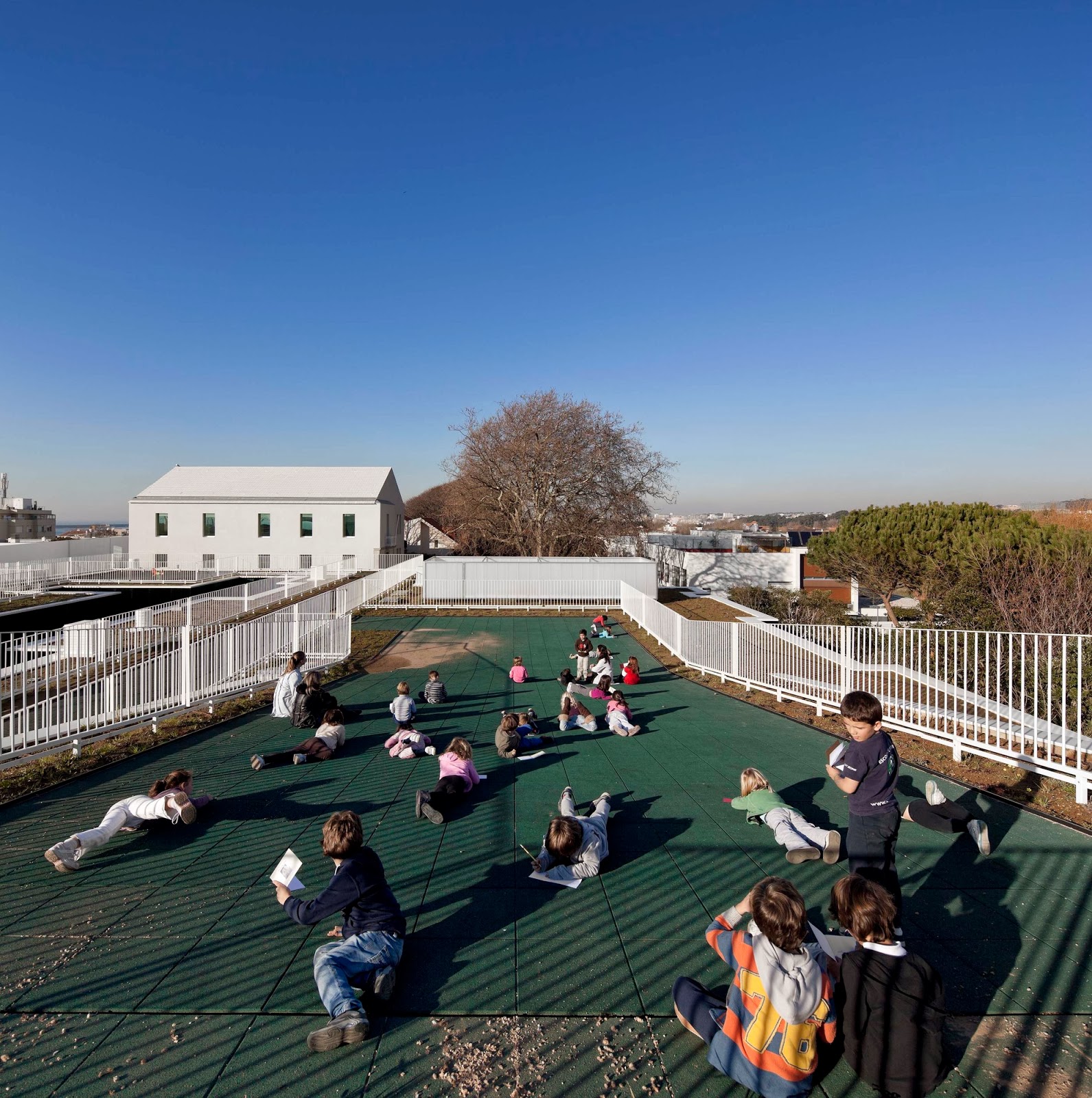 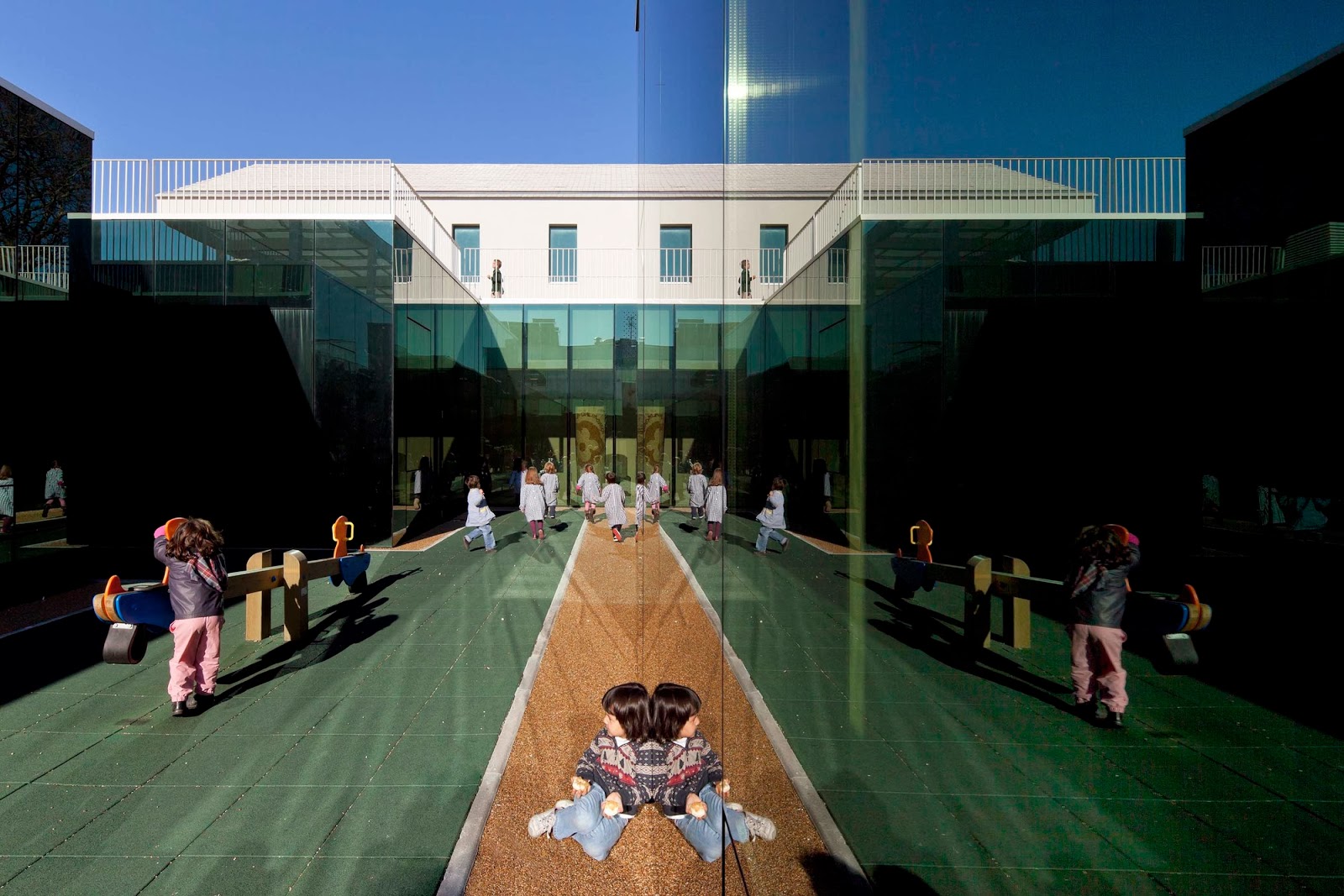 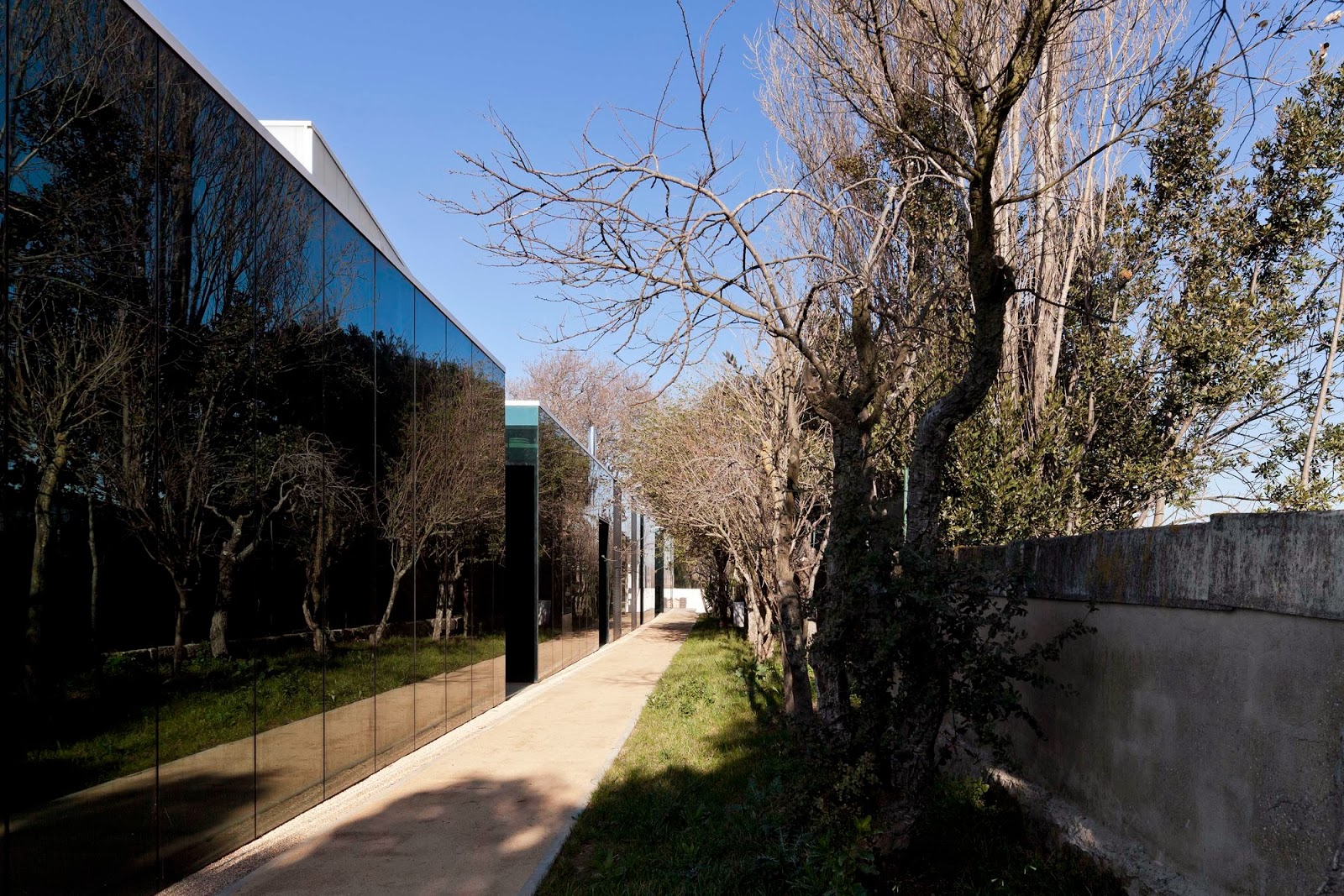 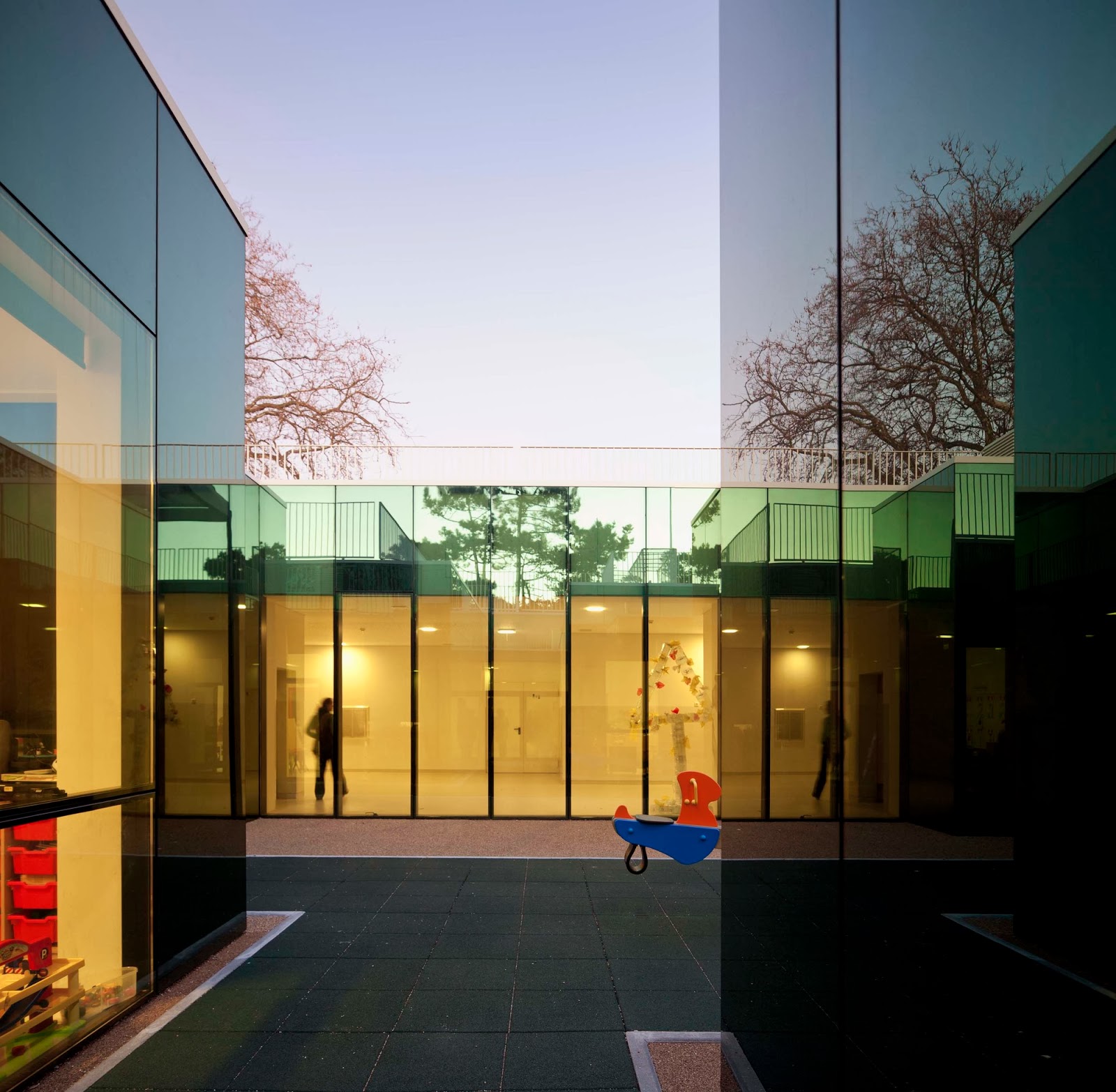 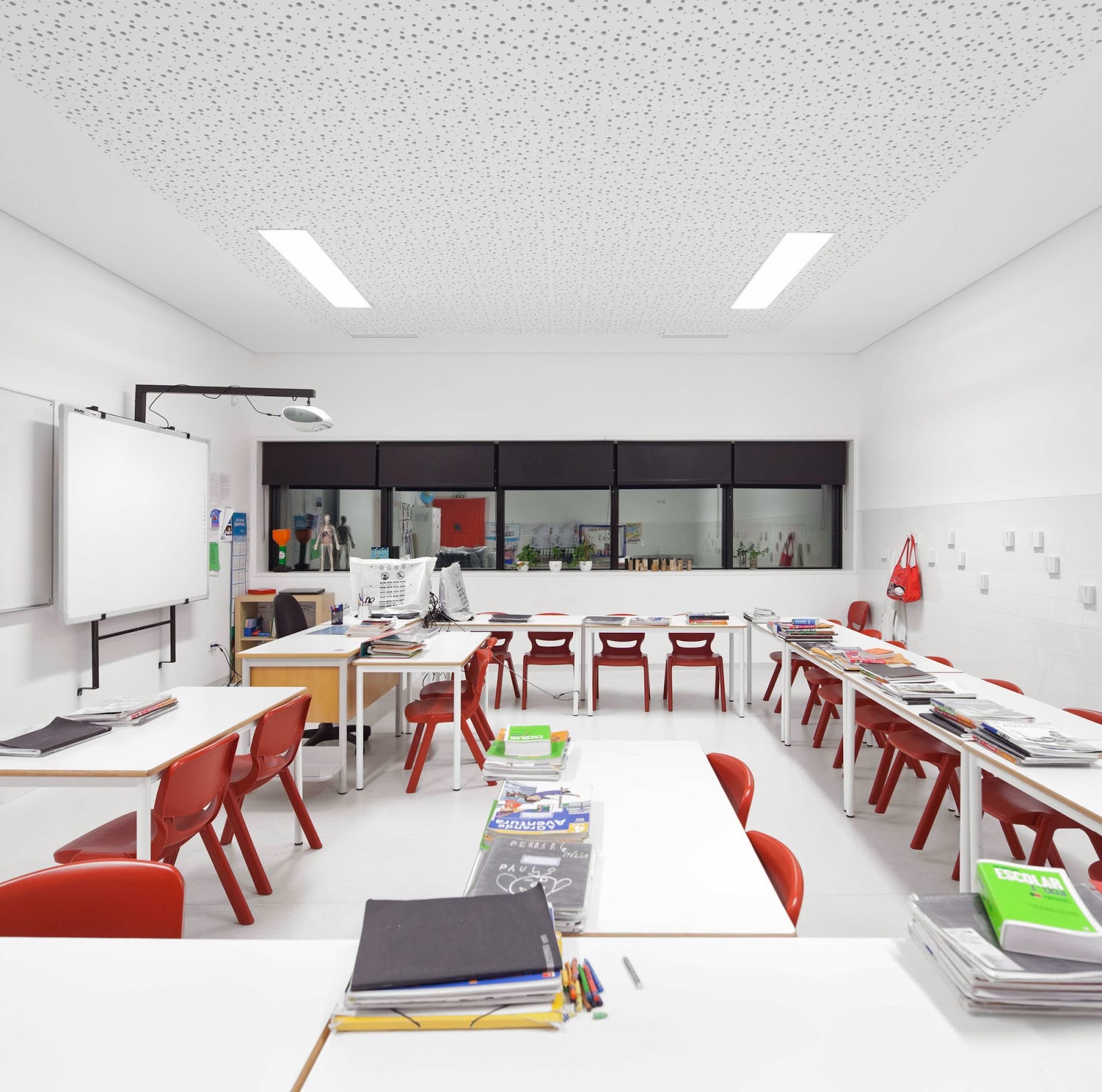 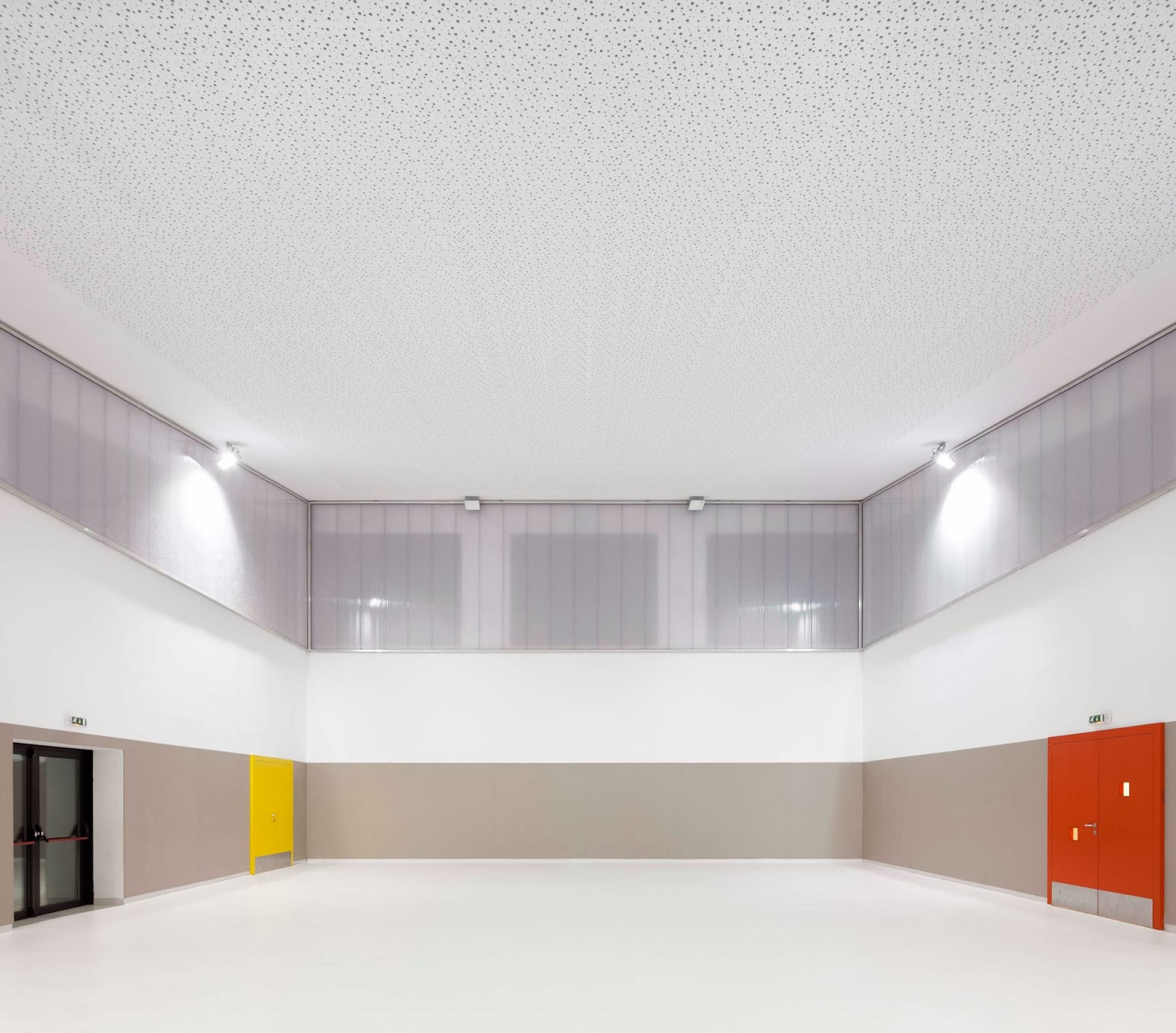 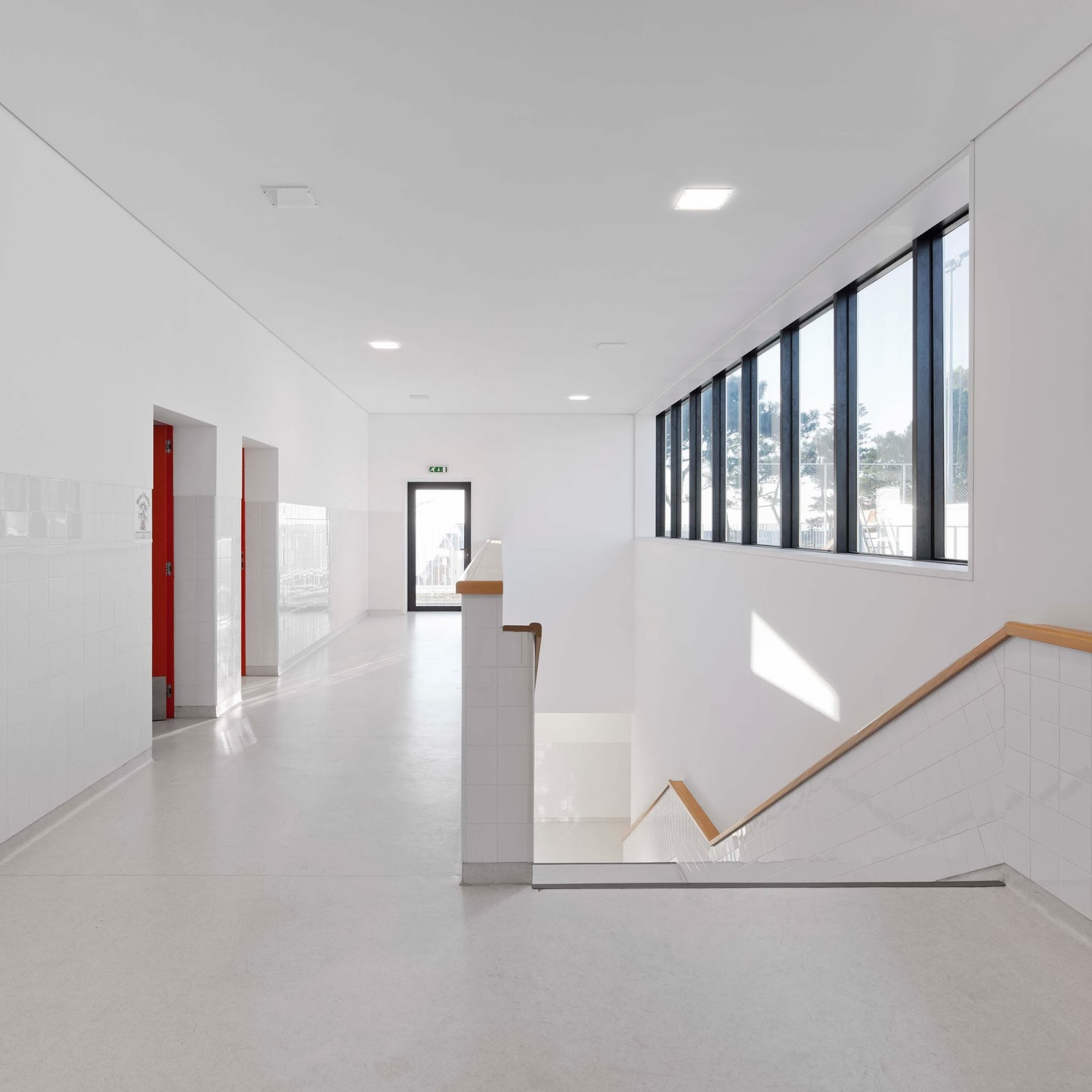