The Portuguese architecture office CVDB Arquitectos sent us the "Braancamp Freire Secondary School" project to be published in our blog. Located in the city of Lisbon, the project has a total area of 15.800 sqm and was built between 2010 and 2012. The photographic work was conducted by invisible gentleman. 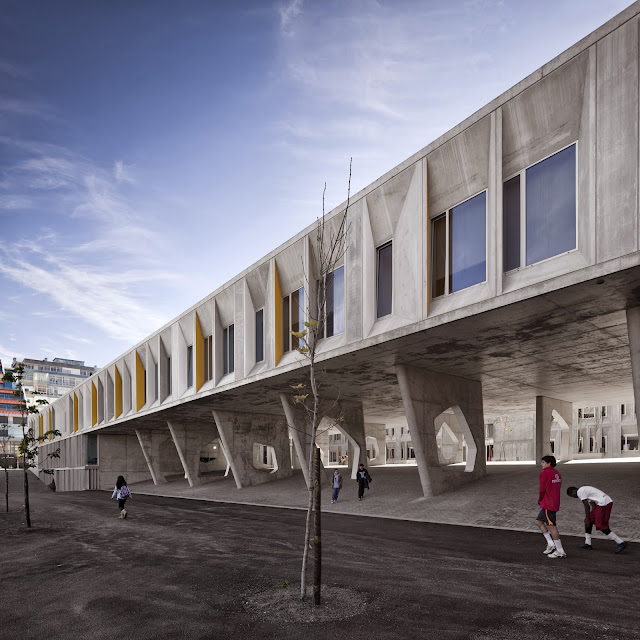 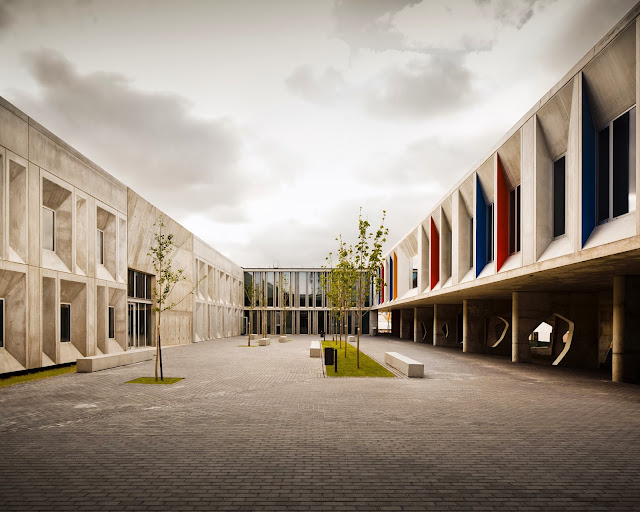 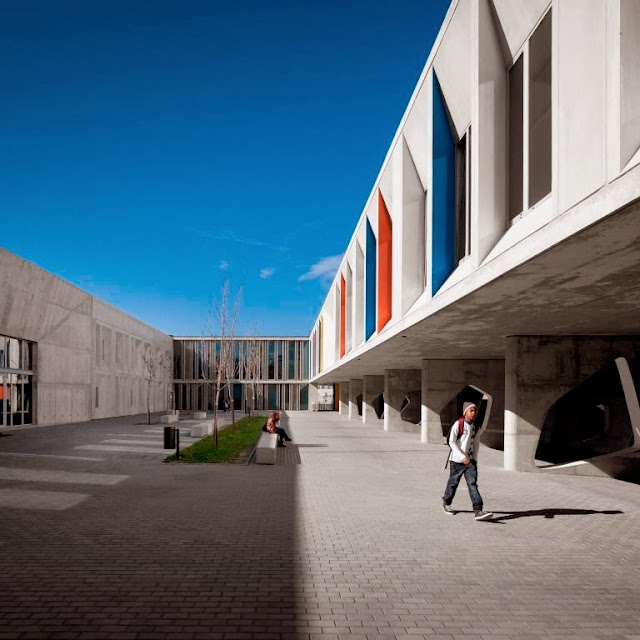 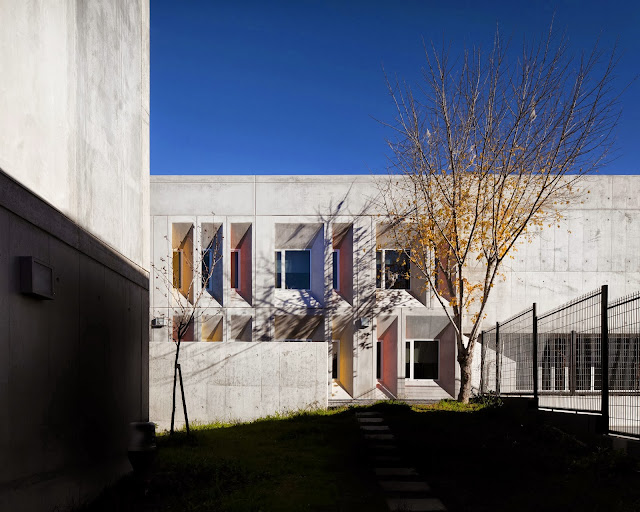 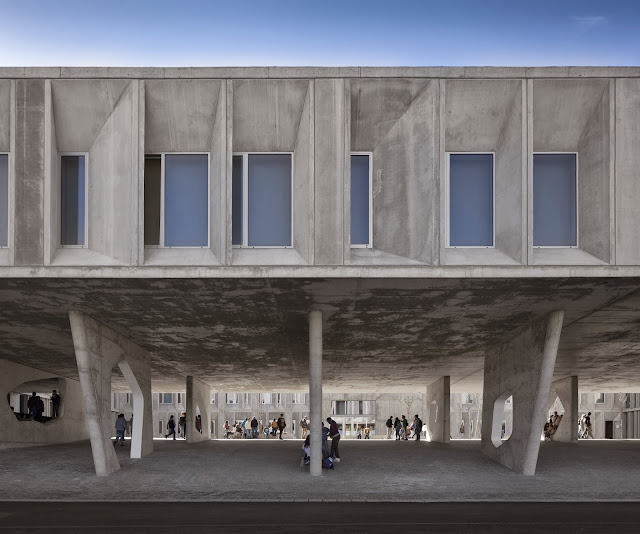 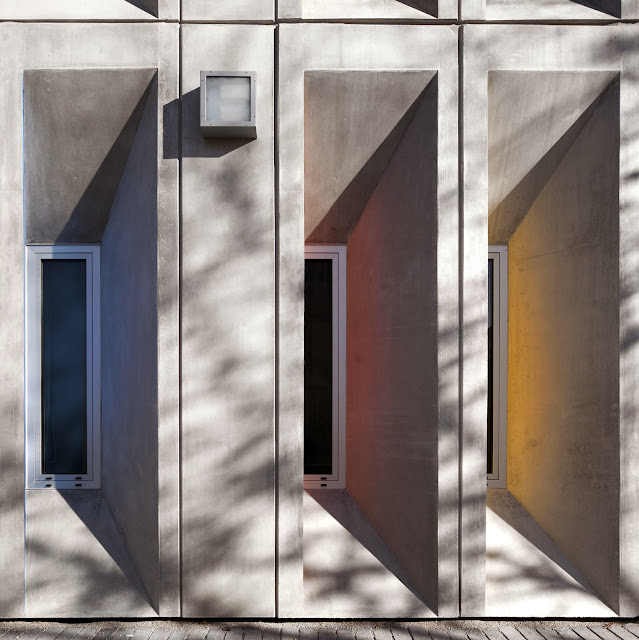 "The Braamcamp Freire Secondary School is located at the edge of the historical centre of Pontinha, Lisbon. The site has approximately 17.380 sq mt and borders an accentuated topography. The school is part of Pontinha’s urban fabric with the exception of its north boundary that faces an unconstructed valley. The School was originally built in 1986, with 5 standardized prefabricated pavilions – a central one with a single storey and four two storey pavilions. These pavilions were organized along an east-west axis, connected by covered walkways. The existing school included a gym as well as an outside playground at a lower level and very disconnected from the buildings.

The rehabilitation project of the building was part of the Portuguese “Modernization of Secondary Schools Programme”, which has been implemented by the Parque Escolar E.P.E., since 2007. The Programme’s objective is to reorganize schools spaces, to articulate their different functional areas and to open these schools to their local communities.


The project proposes to restructure the dispersed pavilion typology into one single building, to connect all the pavilions through interior circulation spaces. The new buildings are built to work as a link in between the existing pavilions. The programme is structured as a learning street and a continuous path throughout the various building levels and floors. These pathways consist in a succession of several interior spaces, offering different informal learning opportunities. The learning street therefore articulates the various programmes of the school. The pathways are punctuated with social areas which actively contribute to interactions between students, the various educational programmes and the school community.


The school is structured around a central open space, a “learning square” that expands the “learning street” as an outside social central space of the school. The square’s relationship with the playground areas provides a strong relationship with the existing natural landscape and topography. The Square is open as an amphitheater connecting it to the playgrounds in the northern part of the school grounds. This amphitheater is below the new classrooms building supported by a series of punctured concrete walls allowing students either to walk through them or to use them as places to sit, talking and playing.

The facades of the school are essentially constituted in exposed in situ concrete and prefabricated concrete elements, to minimize maintenance costs. The concrete panels were carefully designed to respond adequately to each façade’s solar orientation. In the interior spaces, adequate resistant materials were chosen for an intensive use and very low maintenance costs. The multipurpose hall has timber studs and acoustic panels. The circulation spaces walls are mainly done with concrete acoustic blocks. The social spaces present themselves as niches in bright colors." 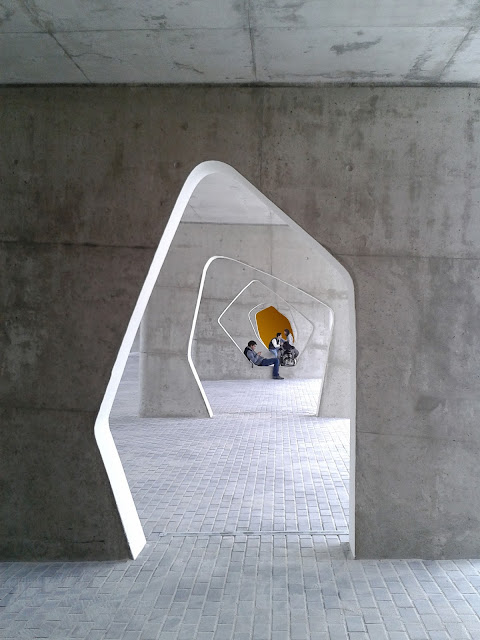 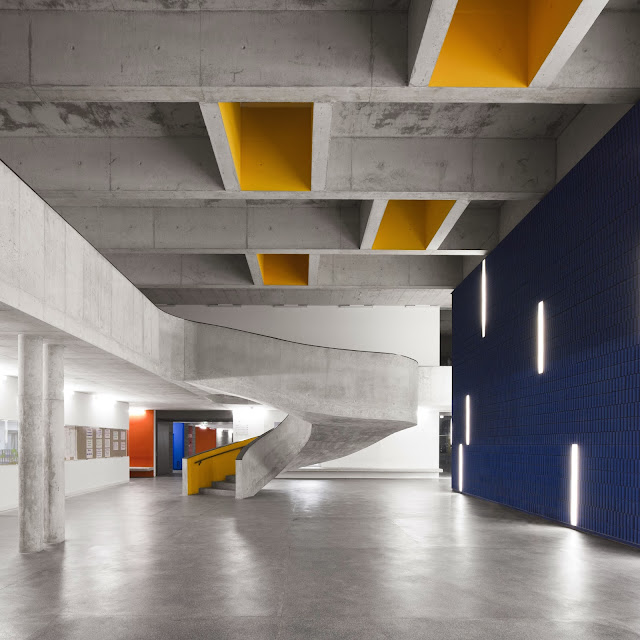 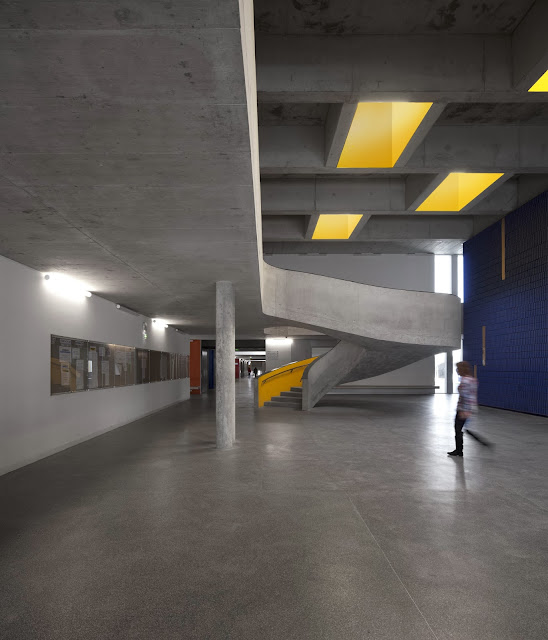 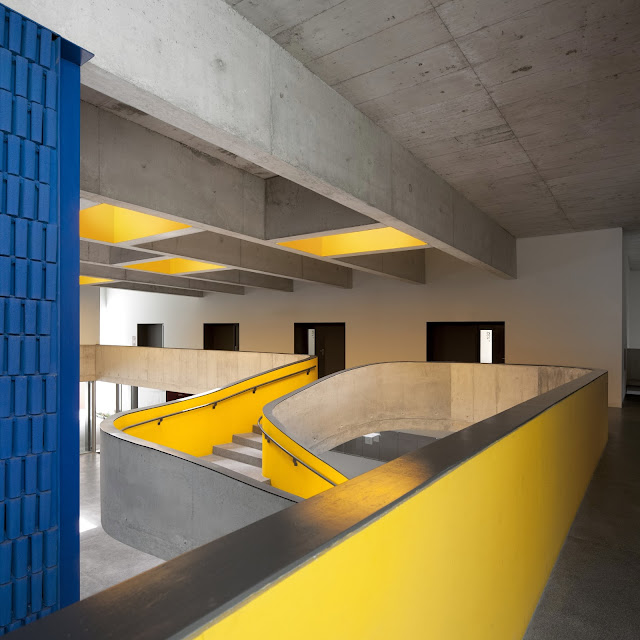 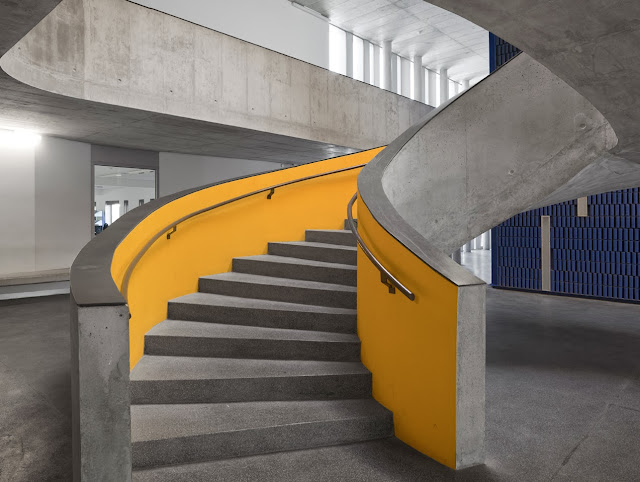 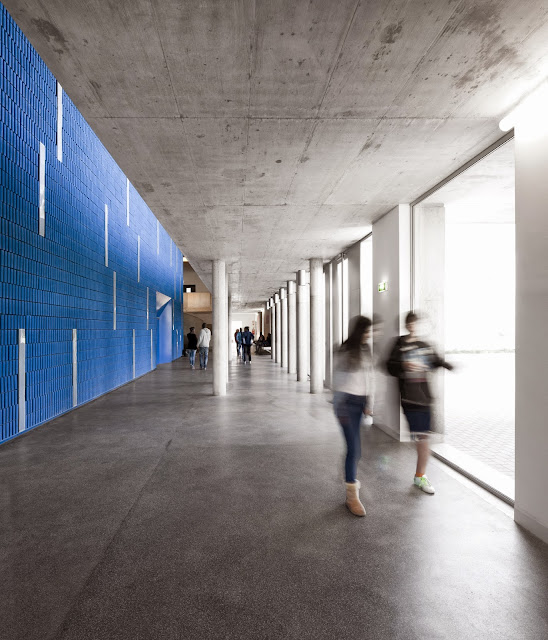 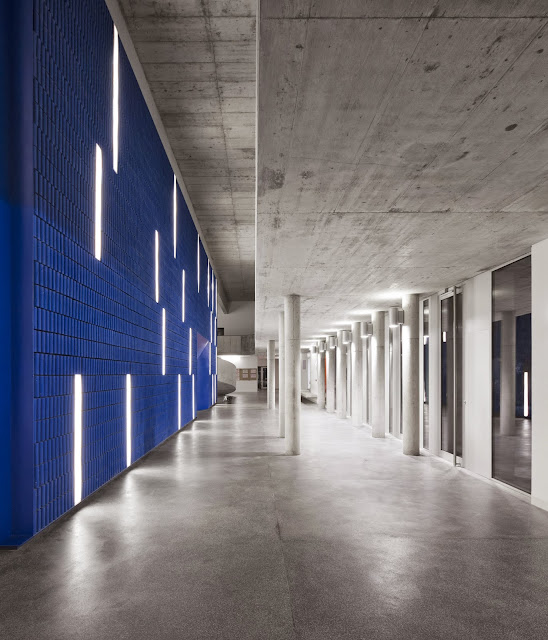 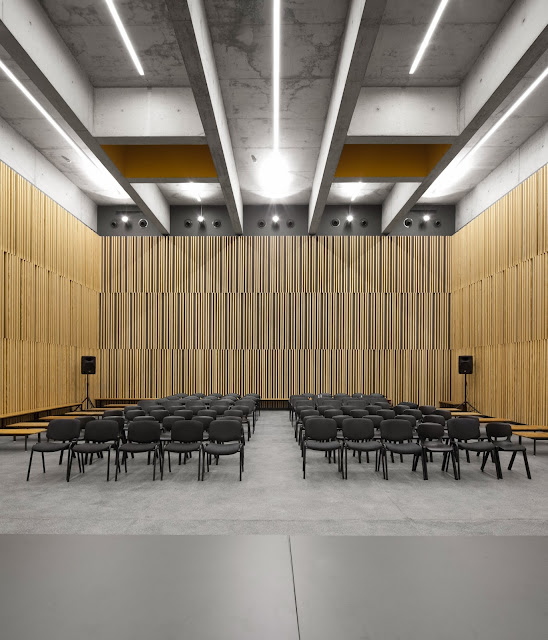 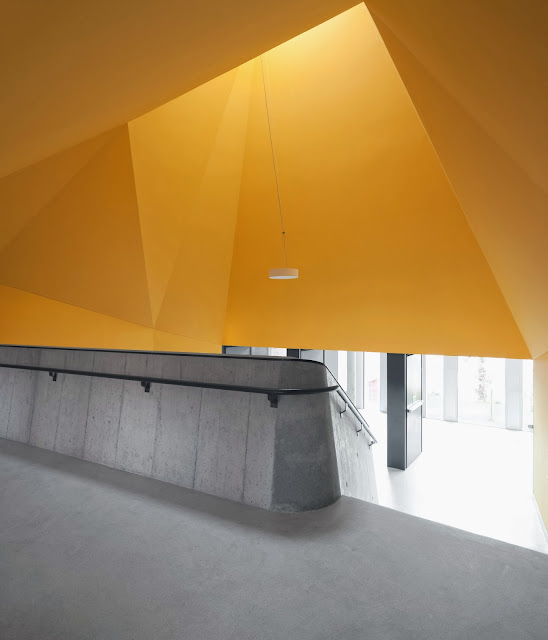 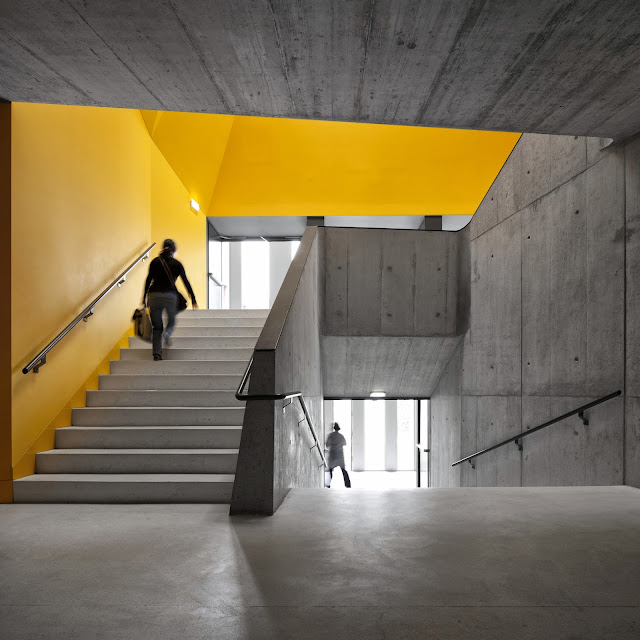 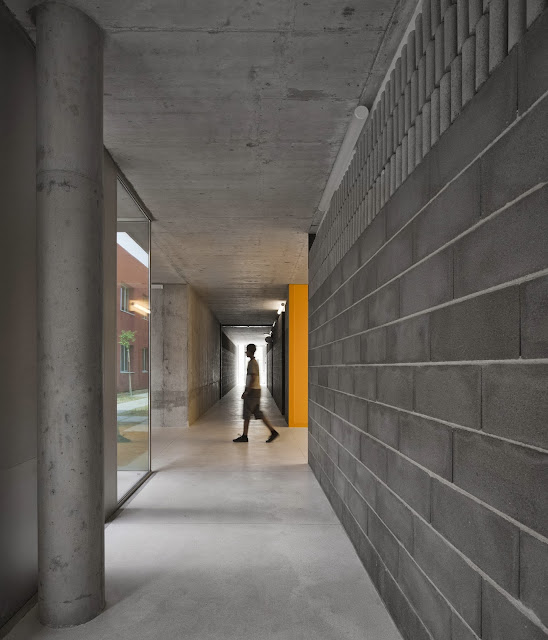 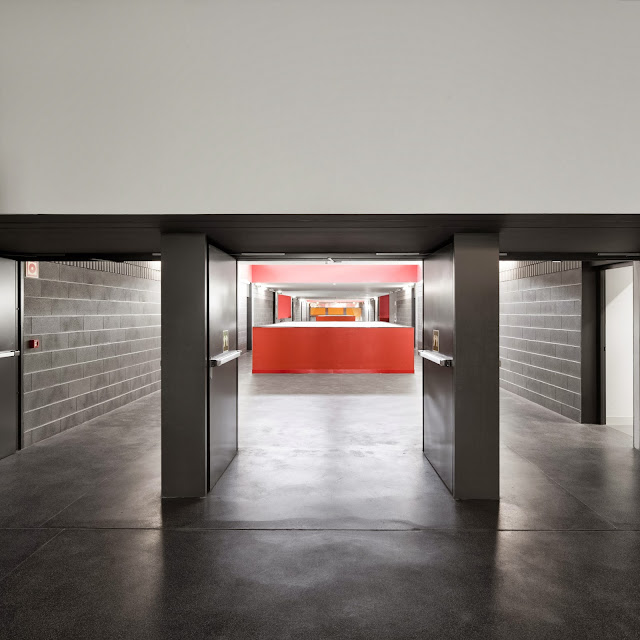 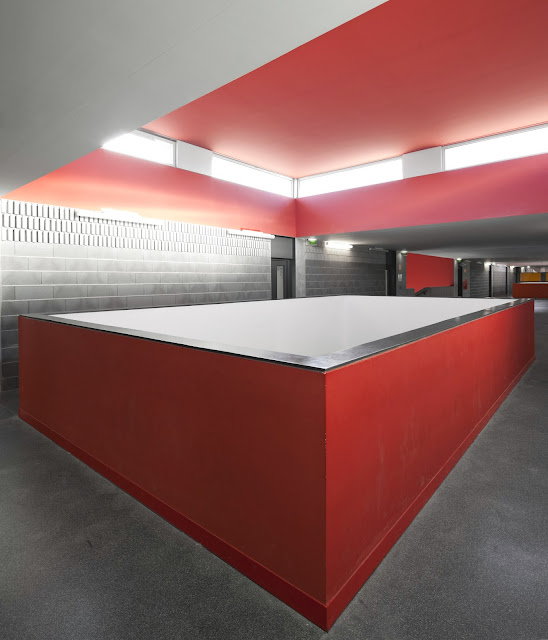 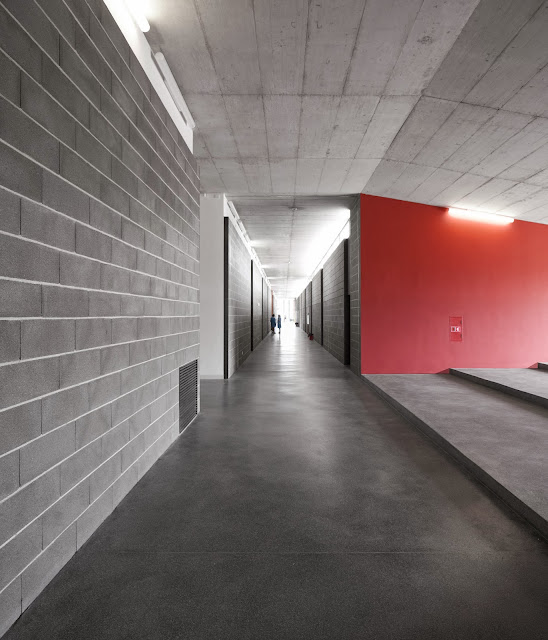 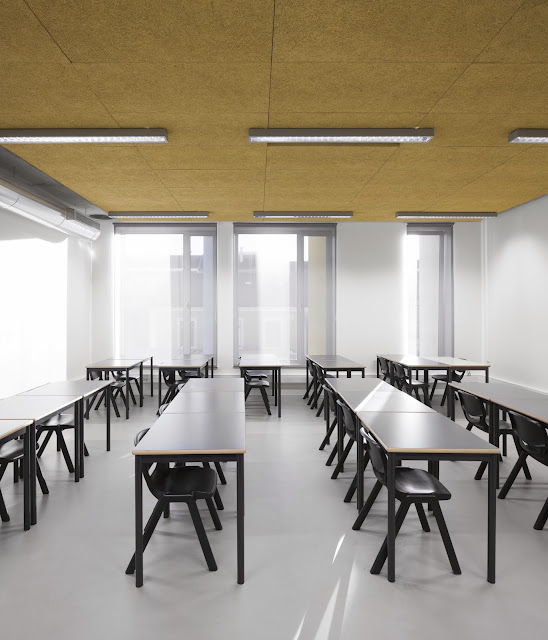 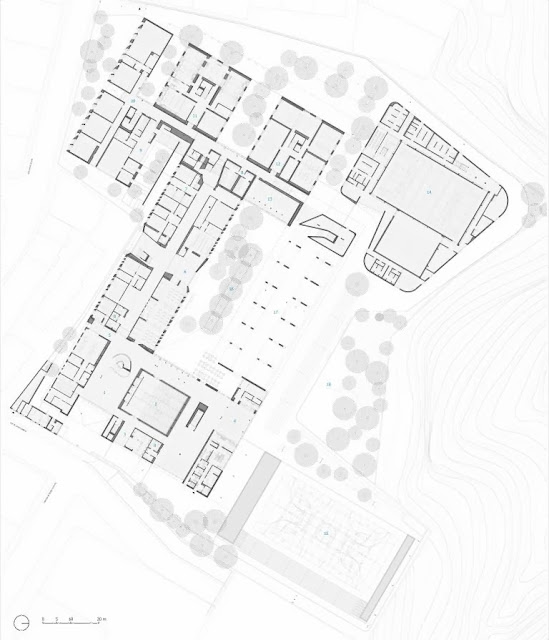