Sou Fujimoto reveals part of a masterplan for Middle East

The Japanese architect Sou Fujimoto revealed part of a masterplan that is being developed by his office. The project is meant to be implemented in a Middle East city, that was not yet revealed. Situated between education and financial centers, the published fraction of the masterplan intends to communicate the “vibrant atmosphere and lively qualities of the traditional market” as well as the “inherent beauty of vernacular Islamic architecture”, according to the architect.

"The Souk Mirage, or “Particles of Light”, master plan is composed of modular structural system of arches that range in size according to program. Originally “inspired by the harmonious silhouette of traditional Bedouin tents,” the arches’ purpose is to provide a simple system of organization whose “unique and timeless architectural expression” provides the framework for an intricate retail, office and cultural center shaped around public plazas and atriums.

As an example of the conceptual master plan’s potential, Sou Fujimoto Architects unveiled the Outlook Tower and Water Plaza. Created by arch modules ranging from 3 to 12 meters, the landmark complex is built on a shoreline site at the end of a major avenue. Perhaps its most defining feature, aside from its distinctive silhouette, is its large collection of variously-sized waterfalls that cool the complex. “By combining the transparency of the arches with the stepping waterfalls, a dynamic play with light and shadow is created, while appearing mirage-like,” described Sou Fujimoto." 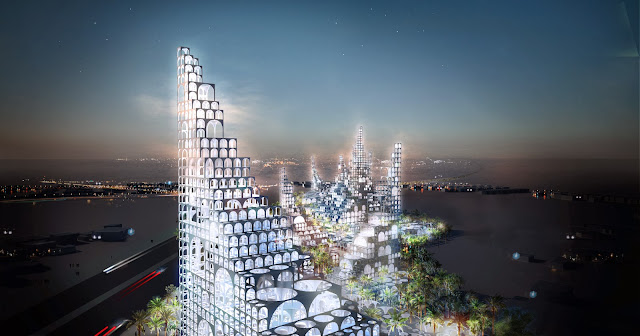 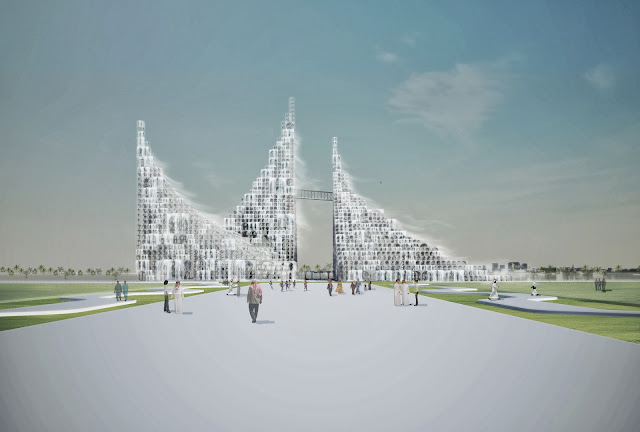 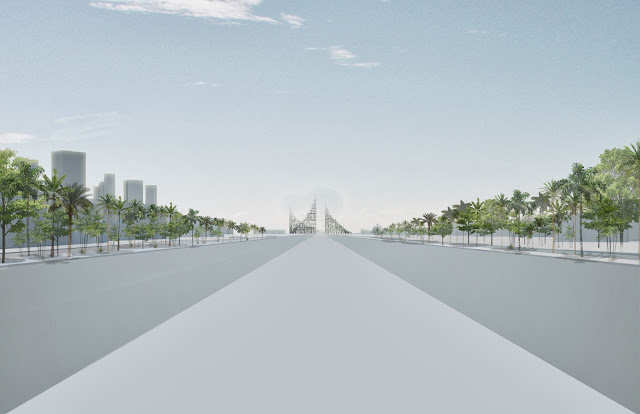 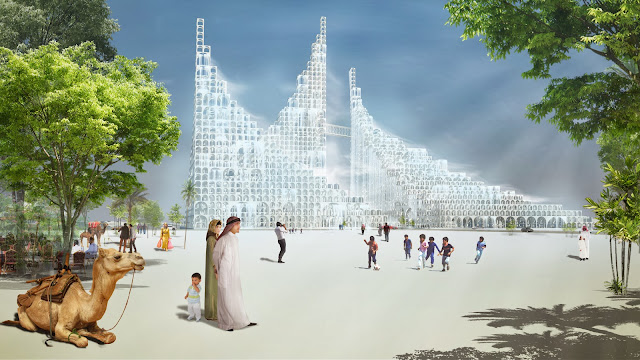 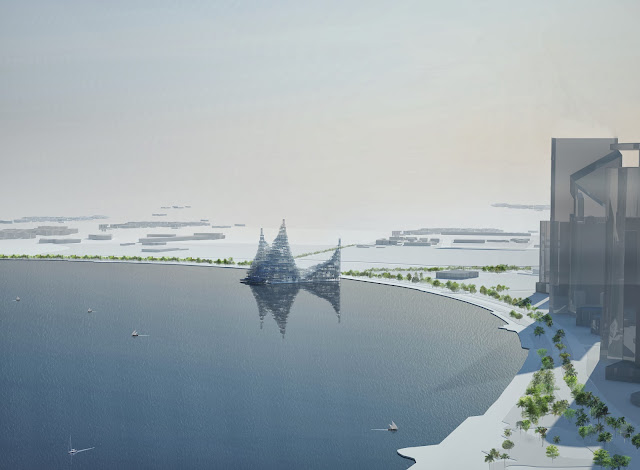 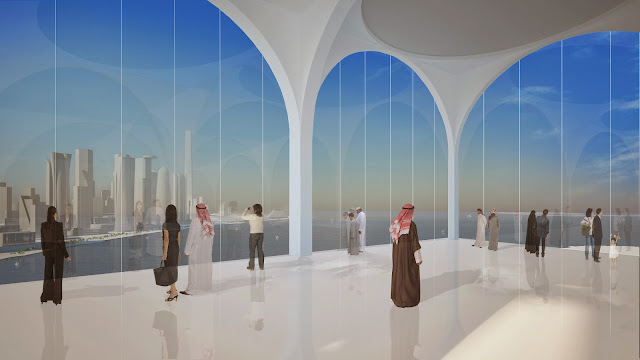 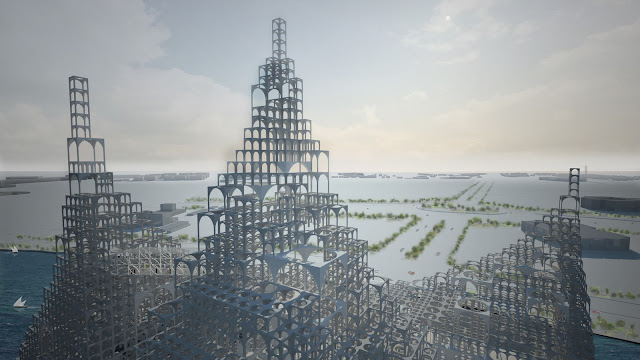 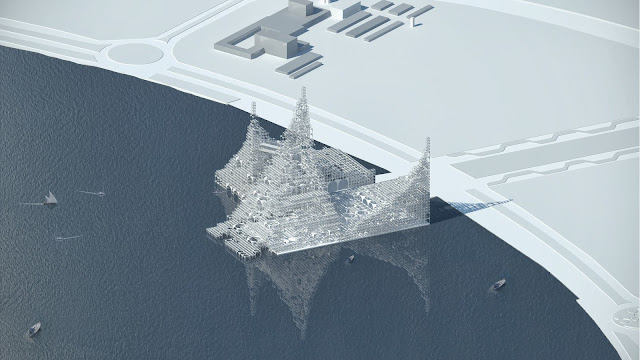 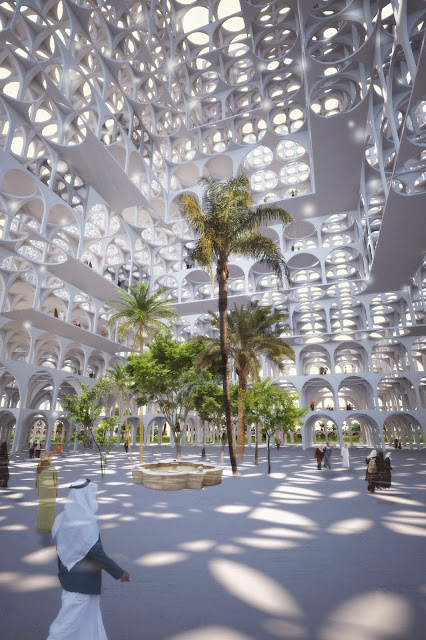