The Portuguese architecture office Carvalho Araújo sent us two projects to be published on our blog - today we publish project GNRation, located in the city of Braga, in the northern region of Portugal. Made for Braga City Hall, this building aims to be a place dedicated to innovation and entrepeneurship and a new center for creative people.


We are open to receive projects from all around the world, regardless of their dimension or typology. Please send us high quality photos (indicating their authors), drawings and descriptive texts in English to our Marketing e-mail - david.cardoso@dimscale.com. It will be our pleasure to help spreading new Architecture concepts and ideas. 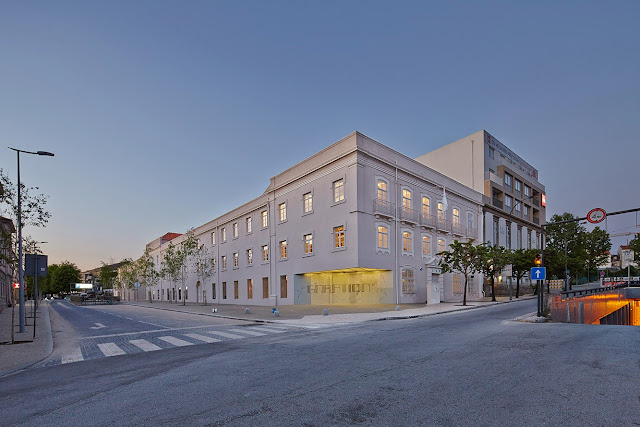 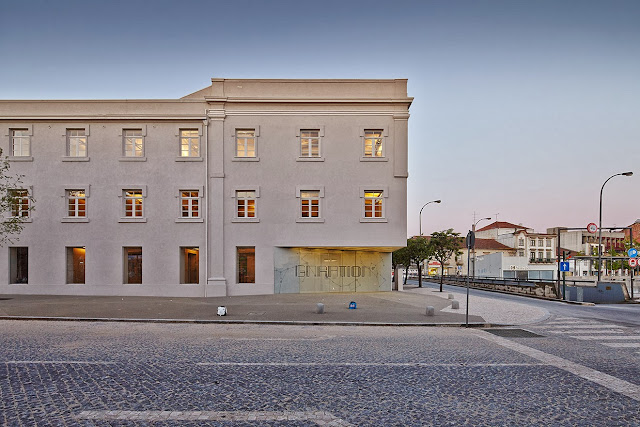 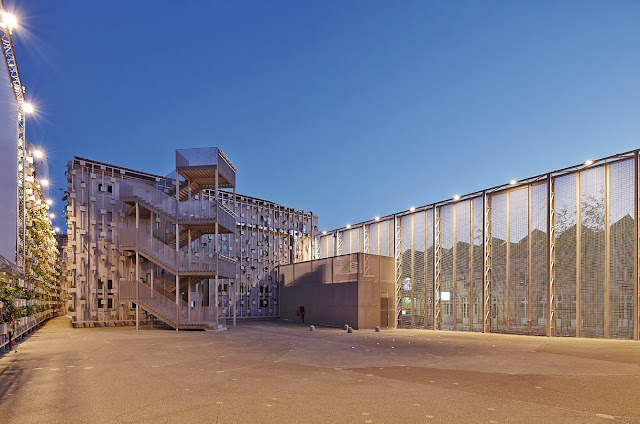 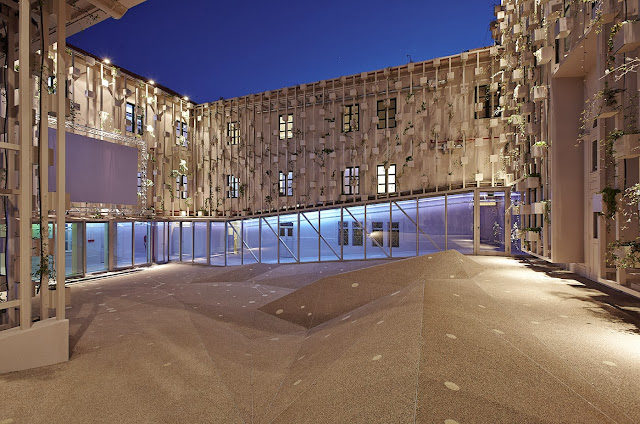 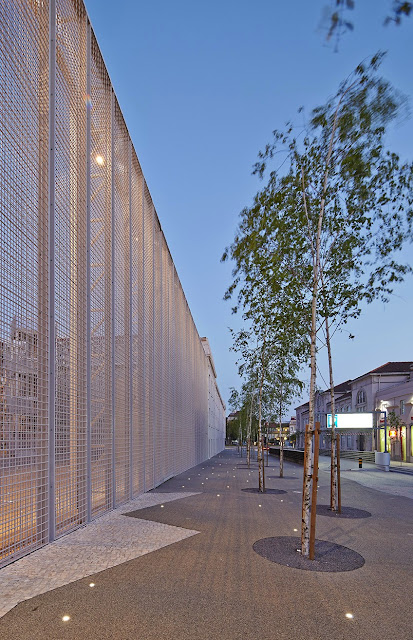 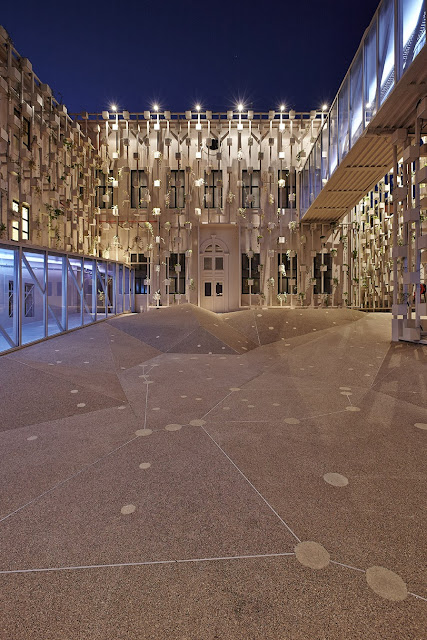 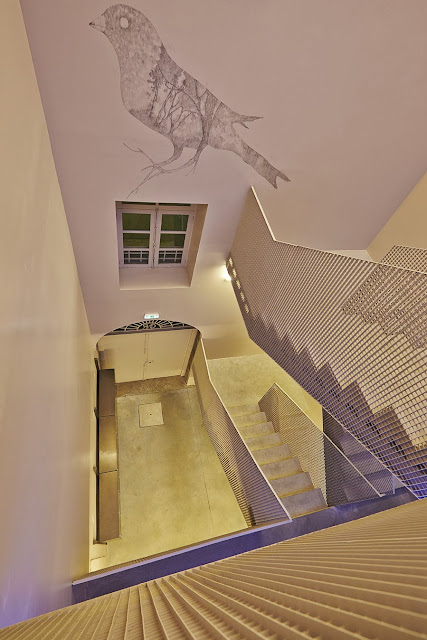 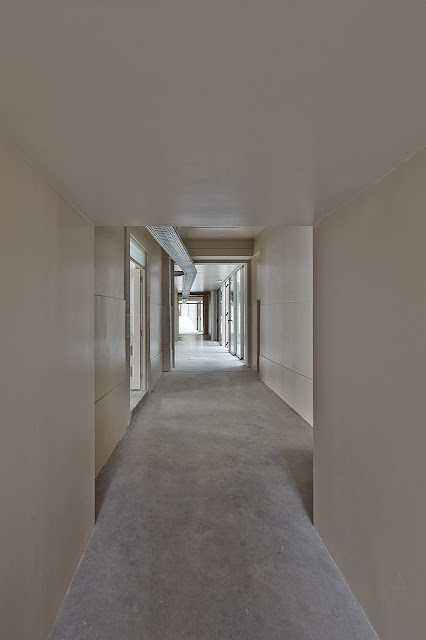 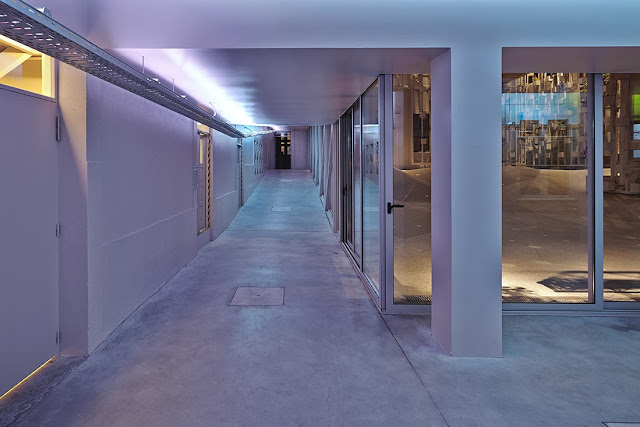 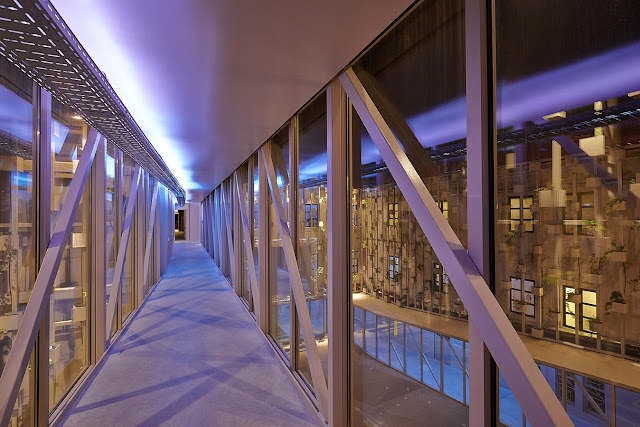 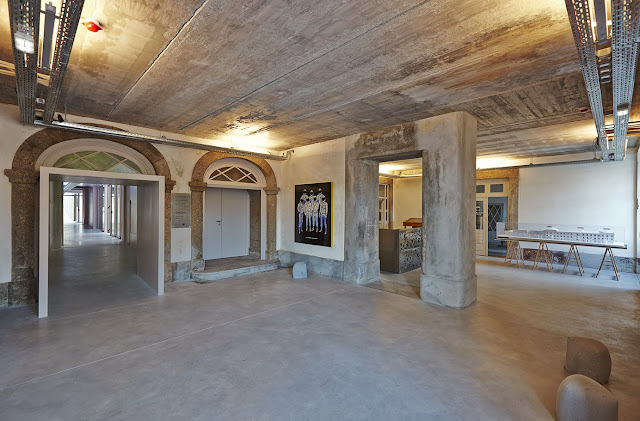 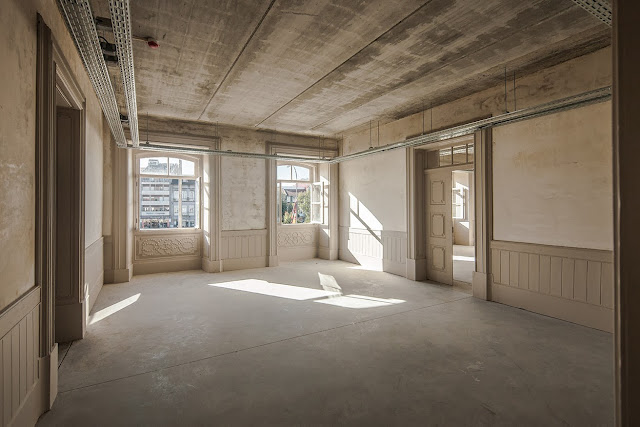 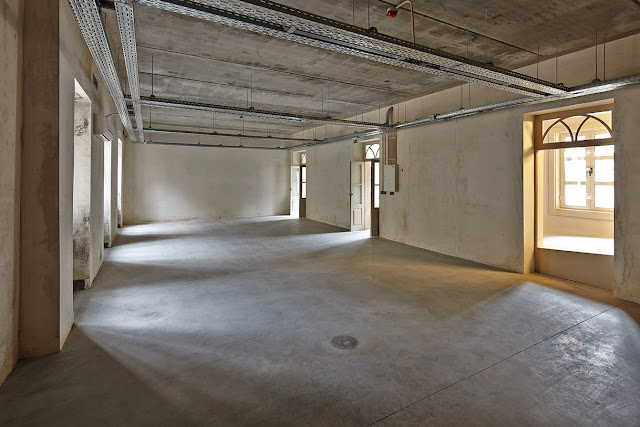 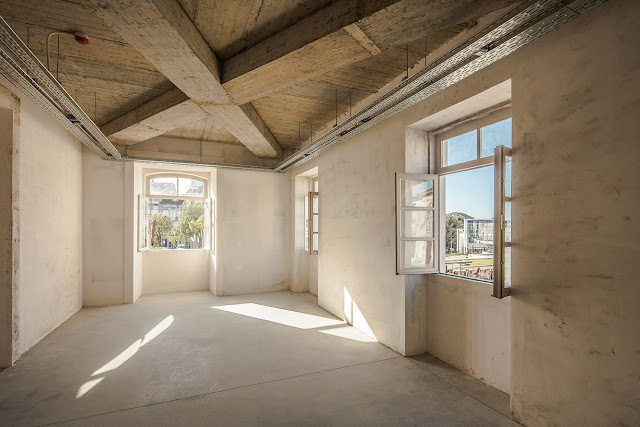 "The intervention in the former building of the GNR (military police) brings together all the concept of dynamism of Braga European Youth Capital 2012. The project uses the concept of occupation as motif. The occupation by man and nature. It explores the boundary between an abandoned existing structure and a new invasor construction who takes over the space. A space in constant regeneration, rather than a final object.

The building should be central to the creative industries. It should be a building against the rule, the limit, the discipline. Symbolically it contrasts with his previous use of GNR to a space that lies in its antipodes, the "GeNeRation Lab". To accomplish that it should stop being a indifferent piece of the city puzzle. It must have the ability to stir, create controversy and scream loudly. In a time of change and celebrating the spirit of youth, the building of the GNR cannot remain invisible, as a silent observer on the adjacent square, alongside their peers. It has to jump into the arena, go on stage and wear sequins.

Outside there are two types of intervention. A direct action on the existing building, with clippings of the facades, including windows in the ground floor that will be ripped up to the pavement, thus considering all the facades of the building as noble facades. In the corner of the facade a more abrupt cut suggests the break of the new development. An open wound that exposes the building and its interior captures the viewer's attention to this point. Here begins the first intervention of a building that presents a new face. It is the metaphor of a building in disequilibrium, which explores the limits of fear of adventure, the unknown and therefore in constant motion and nonconformist.

The second level of intervention suggests an "invasion" of space and backyard patios with a mixture of plant and infrastructure, which "grab" the facades, reshaping the image of the interior lots, emphasizing the concept of semi-occupied space that was appropriated over time. The project works by stratified layers, supporting the project in this temporal relationship, which acts as father of the new generation. This bold new attitude is rooted in history." 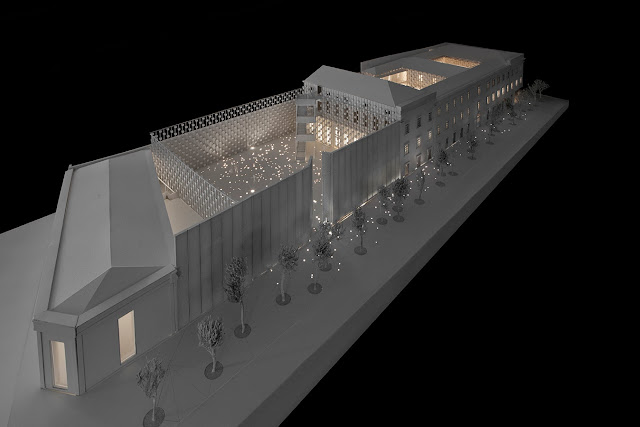 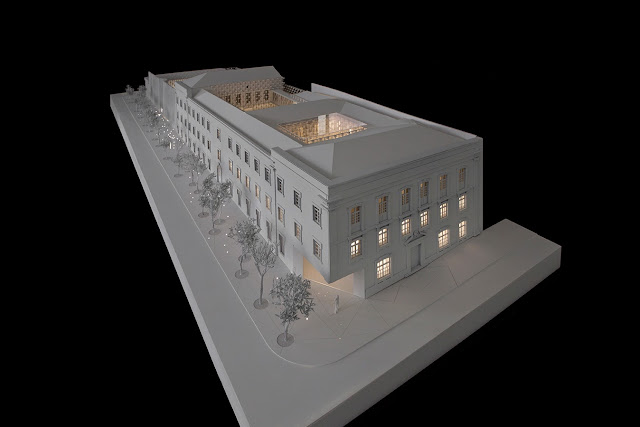 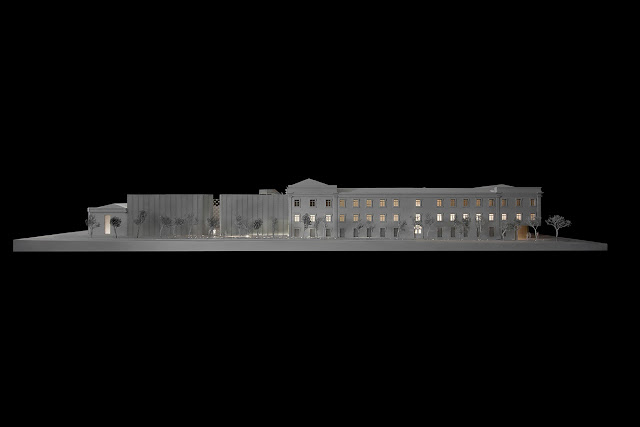 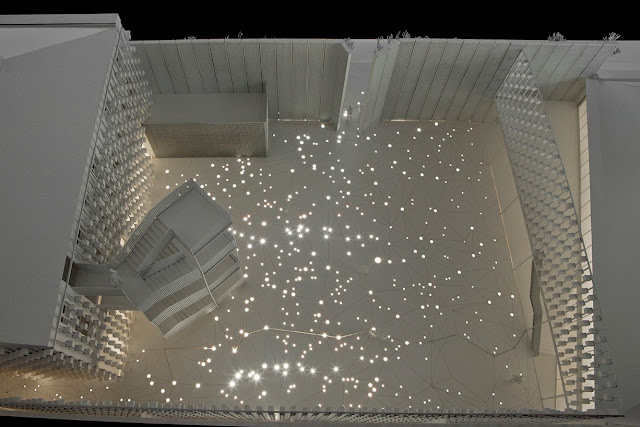 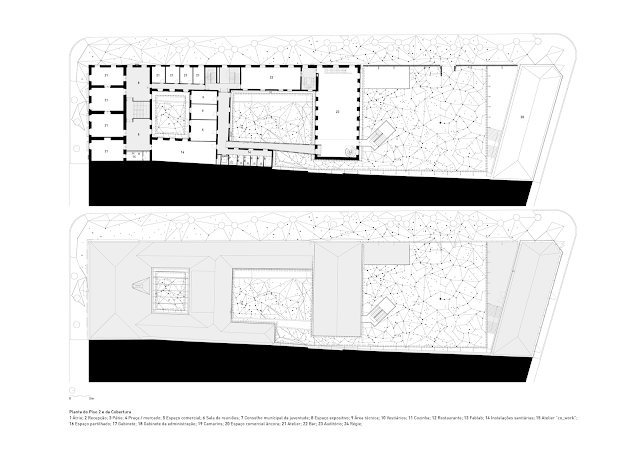 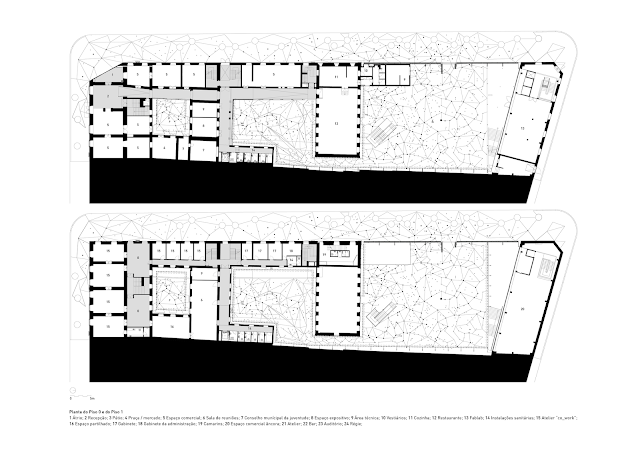 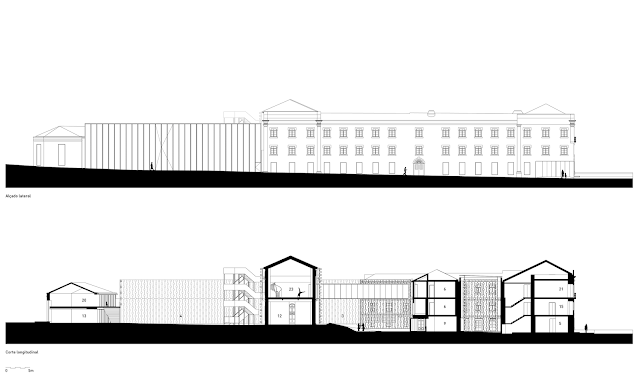 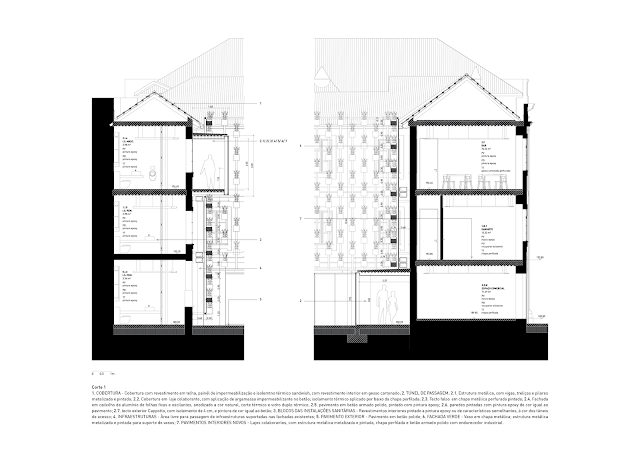 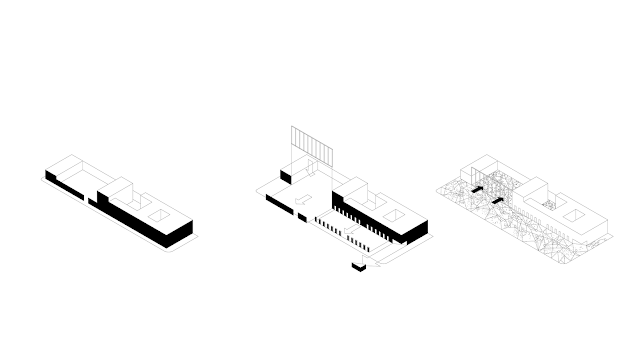