Architecture References - House for Two Families in Maracon, by LOCALARCHITECTURE

Project's description on ARCHDAILY [by the architect]:
"The building is located in the continuity of the existing farms, respecting the morphology and scale of the other constructions in the village. The project is inspired from traditional architectural forms and codes and is reinterpreted to the use of the building and to contemporary esthetics. The form of the building nestles itself in the topography of the ground and inscribes itself in the landscape.
The structure is formed of a succession of partition walls of various dimensions which generates the volume and space of the building. The form is dictated by the program, thus being two families living under the same roof. The north façade, concave and closed, folds itself under the pressure of the north wind to mark the main entrance. The south façade, convex and glazed, visually separates the garden in two parts to create intimate spaces for the two families.
On the south side, the eaves protect the glazed façade from the sun and creates a dialogue with the neighboring farms. This allows a regular flow of passive energy through- out the seasons and creates a strong connection between the interior and exterior spaces. Large exterior curtains give the freedom to modify the atmosphere and light through-out the seasons. In the evening, the building affirms its presence in the village by the glowing interior."
-  LOCALARCHITECTURE 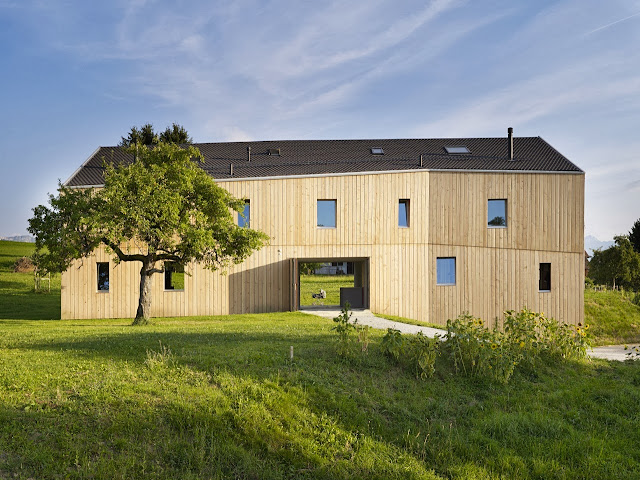 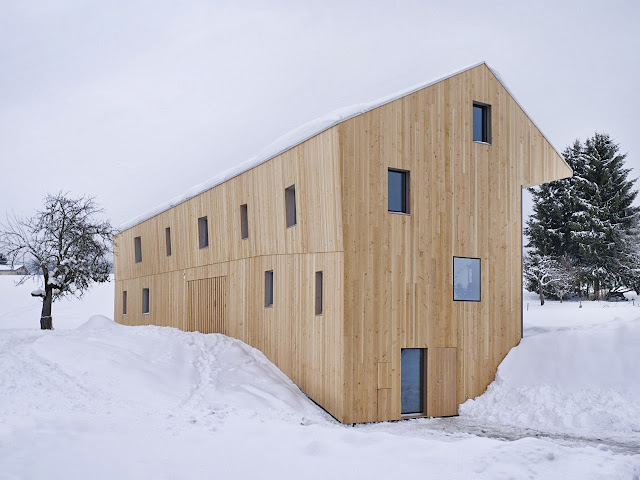 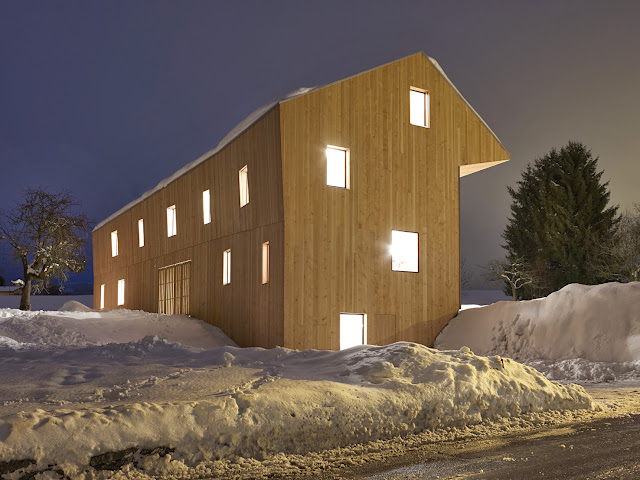 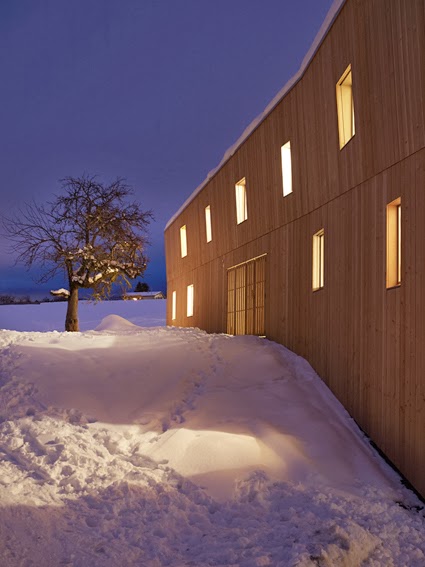 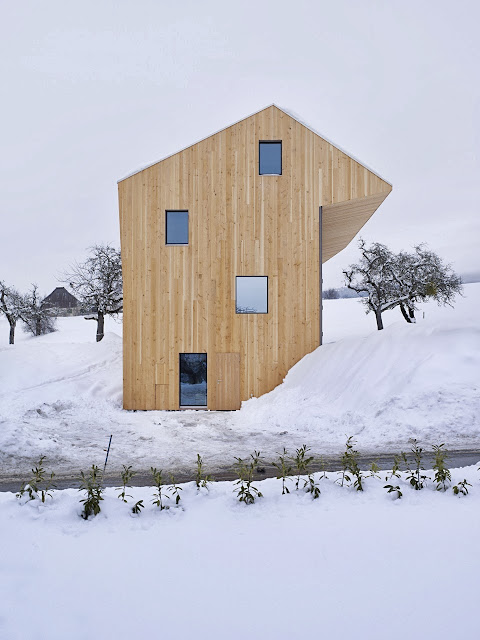 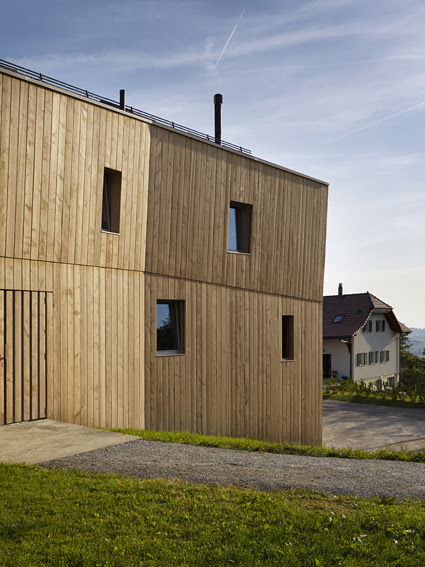 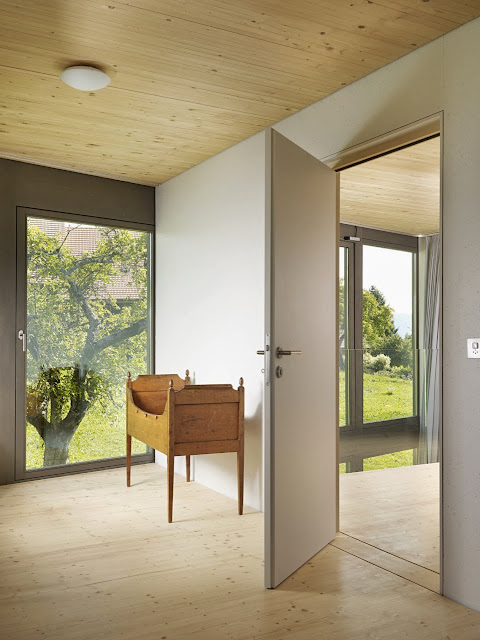 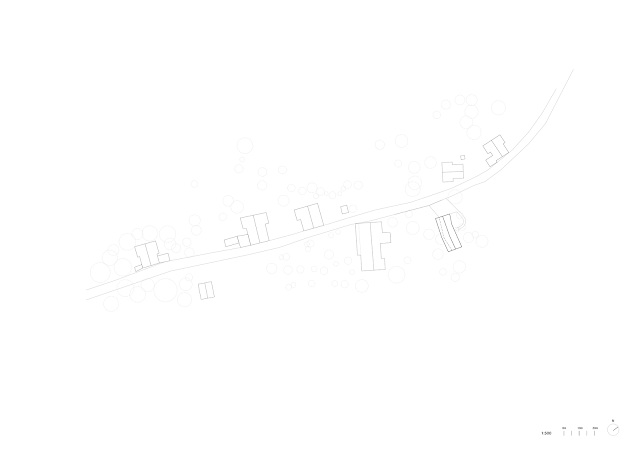 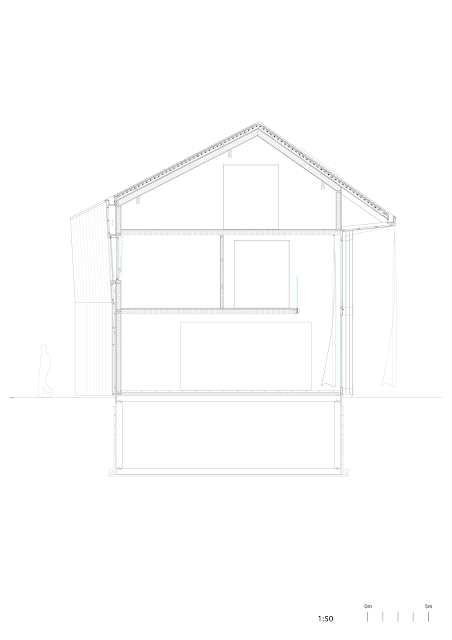 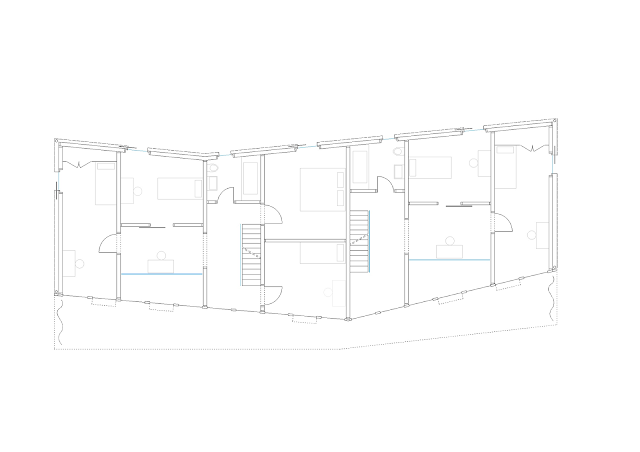 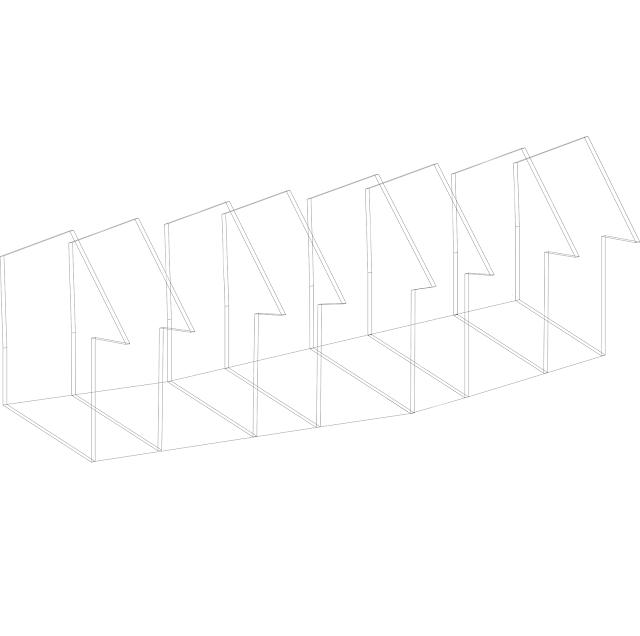