The concept:
The AlDar Headquarters designed by MZ Architects has a distinctive and innovative design: a semispherical building comprising two circular convex shaped facades linked by a narrow band of indented glazing. This iconic fully glazed structure is completely circular in elevation and curved in all other directions.

The circular shape in architecture:
The Circle symbolizes unity, stability, rationality. It is also the symbol of infinity, without beginning or end, perfection, the ultimate geometric symbol. It represents a completeness which encompasses all space and Time. The Sphere, the 2-dimentional circle, is hailed by Boullée as the ideal and perfect form since no trick of perspective can alter its appearance. Inspired by the symbolism of the Circle and the Sphere, architects have used the geometric round shape in their building designs since the beginning of time. The circular shape of the tholos, the greek temple with a round ground plan rather than a square or rectangular one, is not unusual in Greek architecture and has also been used later on in the Roman building typology.

In 1784, Boullée conceived his most emblematic project: the Cenotaph for Isaac Newton which would have taken the form of an immense sphere 150 m high, mirroring the universe, and embedded in a circular base. This structure remained however a sketch and was never built.
Throughout the modern history of architecture, architects have also been designing and realizing circular-based buildings, round towers as well as domes and spheres used notably in the development of planetaria and theatres. The circular shape has always been used in the ground and floor plans with the traditional building elevation and roof. However, no one has attempted to build a structure completely circular in elevation. Such an idea would normally be left on sketches.

The birth of the AlDar HQ shape:
Aldar HQ designed by MZ Architects has a distinctive and innovative design of this kind; its circular convex shaped façade gives it an outstanding and unique frontal altitude. This iconic fully glazed structure is completely circular in elevation and curved in all other directions. When challenged to create an iconic structure on Al Raha beach, Marwan Zgheib decided to create a simple building that would possess the calm, ideal beauty of classical architecture while also having considerable expressive power, a building that would compete with the iconic architecture of the UAE and create a sense of place and identity for the area.

To attain this end, Zgheib first had to select from natural forms, under the guidance of a concept of regularity. Accordingly, he was inspired by the clam shell which has deep meaning for Abu Dhabi with its seafaring heritage, as well as the symbolism of the geometric round shape, and imagined two giant circular curved walls of glass mirroring an open clam shell.
An extremely pure geometrical but daring design was born: a round skyscraper with a curved glass skin covering the area of four football fields.

The harmonic proportions:
To bring the massive circular concept to life, the issues of visual stability, harmony and dynamism proved to be crucial. The real challenge of the façade was to find the two points where the building should pose on the ground – and for that, the development of the volume began by using one of the oldest rules in architecture: the rule of proportion based on the Golden Section.

The golden section is not merely an aesthetic proportion important to artists, but an omnipresent cosmic principle that induces structural differentiation. Indeed, this ratio appears in the works of nature (such as the human body, the bodies of animals, plants and crystals) and is naturally preferred by the human mind and eye. The proportions of the Greek temple reflect the pleasing aesthetic ratio of the golden section. When applying the golden section ratio to the circular façade of the building, the circle was divided into a pentagram, on which the Human Body is juxtaposed with head and four limbs at the five points of the pentagram. Accordingly, the architects were able to locate the two points of stability of the circular facade; the two points of the circle where the building will meet the earth thus creating the perfect balance. These guidelines created the initial massing and dynamic shape of the building.

Fusion of the façade and the roof:
Unlike the conventional four sided buildings, the circular building challenges the approach to construction by questioning the typical roof structure. This three faceted building relies on its zipper-like element, a continuous glass and structural band that stitches the two main facets together, creating a slim continuous surface that is both vertical and horizontal, side and face, window and roof. This lateral element, the structural ‘backbone’ of the project, brilliantly creates the fusion between façade and roof and allows for the monolithic shape of the object.

The façade curvature:
The striking shape of this building is achieved through the use of an external structural triangular diagrid – a diagonal grid of steel. The first of its kind in the UAE, it allowed the creation of structural efficiency and stability appropriate to the circular building with greater flexibility than a conventional rectangular form. The system not only helped minimize the impact of the steel frame on the façade but also served as an architectural element that blurred all sense of scale and inflated the structure, moving away from the typical horizontal stratification of the facades that influenced most high rises in the area. This diagrid system eliminates the need for internal columns which would compromise the aesthetic appeal as well as the views from within. This improved the building’s efficiency, providing layout flexibility for tenants. Although there are just 23 floors, the building has the same floor area as a typical 40-storey tower.

The curved glass skin became one of its most complex components to be executed. In order to solve the challenge of the façade curvature, triangular pieces of flat glass combined into diamond like shapes, came together like a puzzle working with the diagrid and the highly complex geometry of the skin. As part of the master plan, the circular building faces the road on a west-east elevation, allowing both the sunset and sunrise to be visible in the glass. The glass facades do not only reflect the project’s surrounding and the vibrant new city in which it was born but also allow one to face his own reflection and image in the much larger universe.

The building’s sustainable strategies:
The project was developed in line with the US Green Building Council LEED rating system. It is one of the first eco-friendly official buildings in Abu Dhabi, which is made up of recyclable kind of materials like steel, concrete and glass, and includes a district cooling plant, as well as efficient lighting and water systems. The building maximizes natural light, with meeting areas and offices spread around the perimeter of each floor. A subterranean automated vacuum waste collection system is also incorporated to reuse all the waste products of the building. The first of its kind in Abu Dhabi, the system sucks rubbish directly to a local waste transfer station for recycling and compacting.
This construction was completed by keeping the environmental factors in mind, now it is capable to achieve the lowest LEED silver rating award by US Green Building Council. The building’s efficiency is classed as 82%, making it the most efficient design for the floor area.

All images are property of MZ Architects. 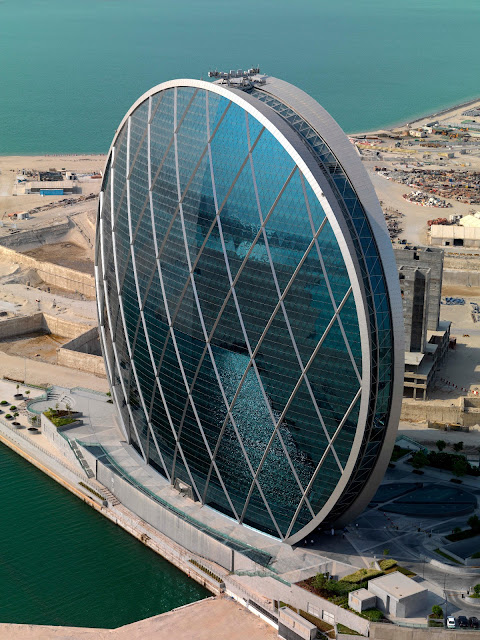 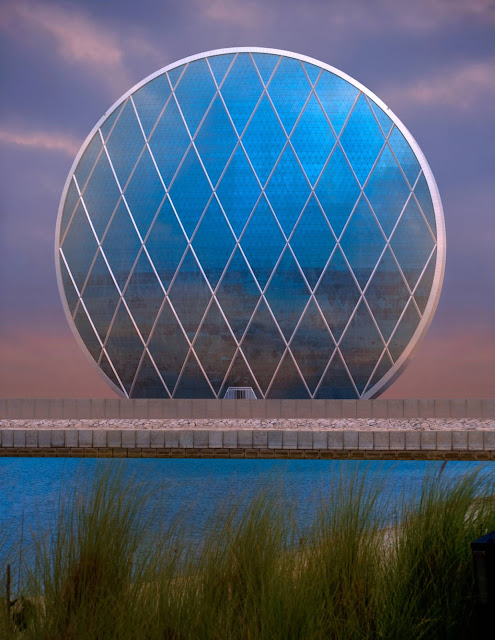 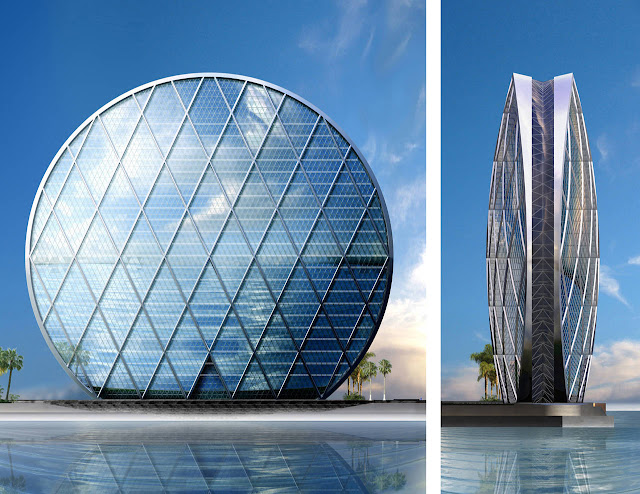 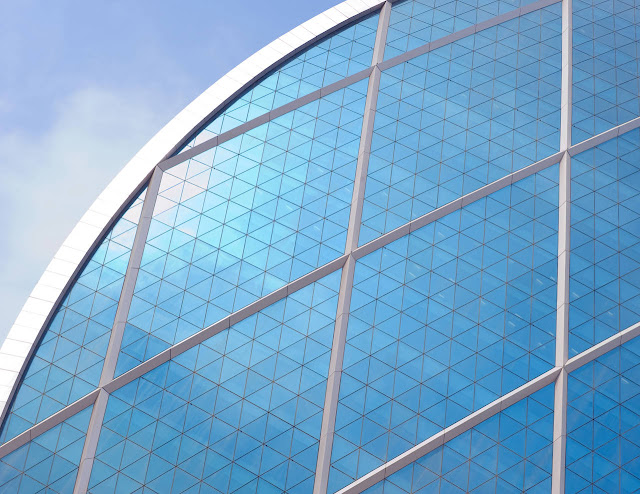 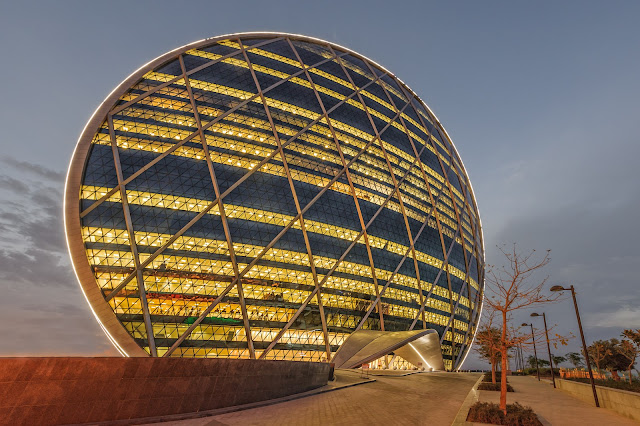 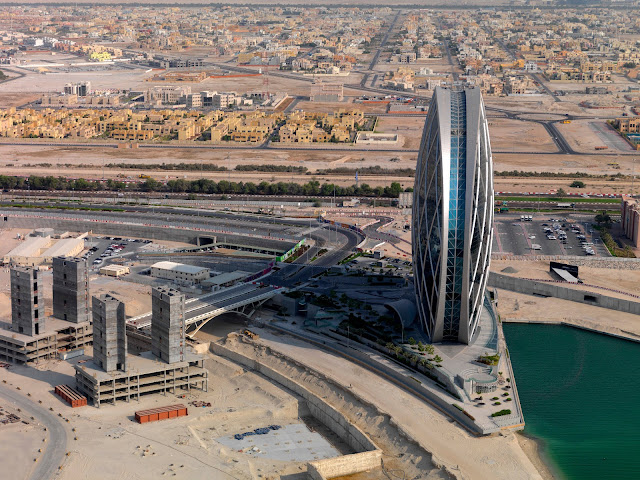 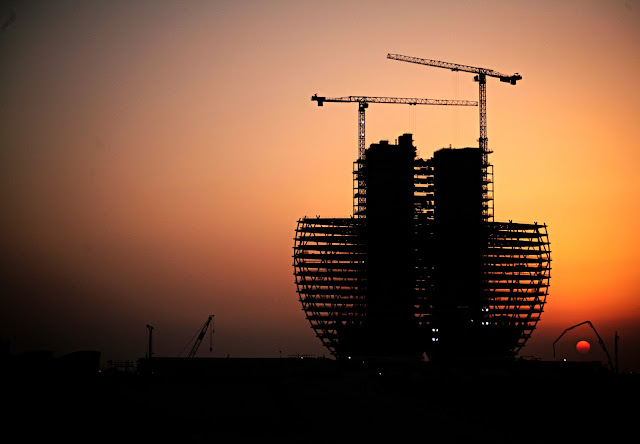 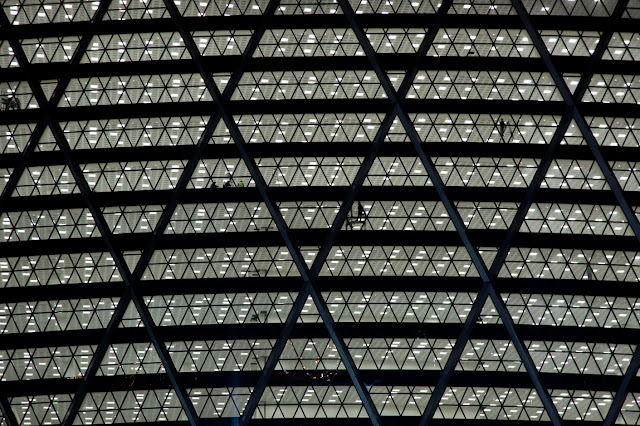 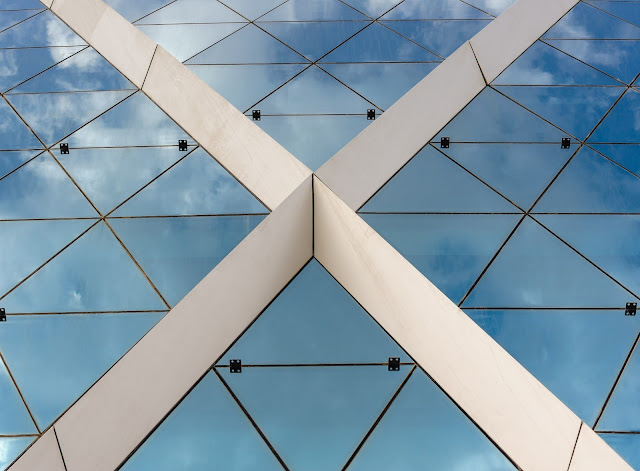 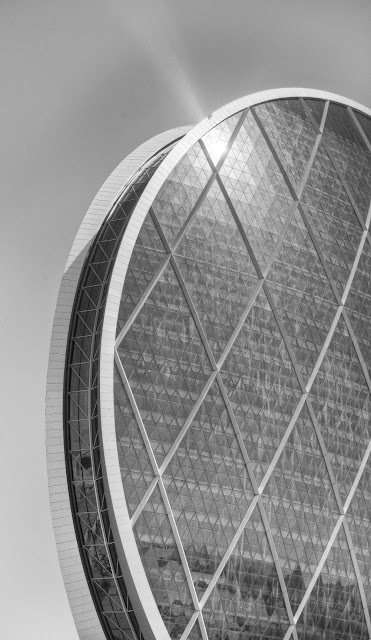 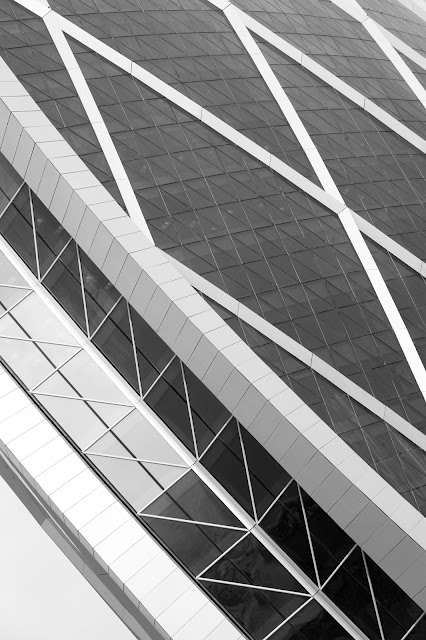 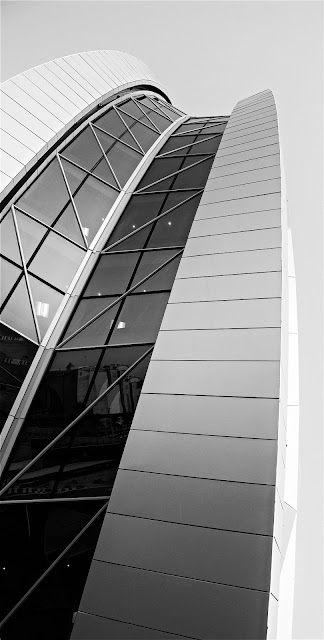 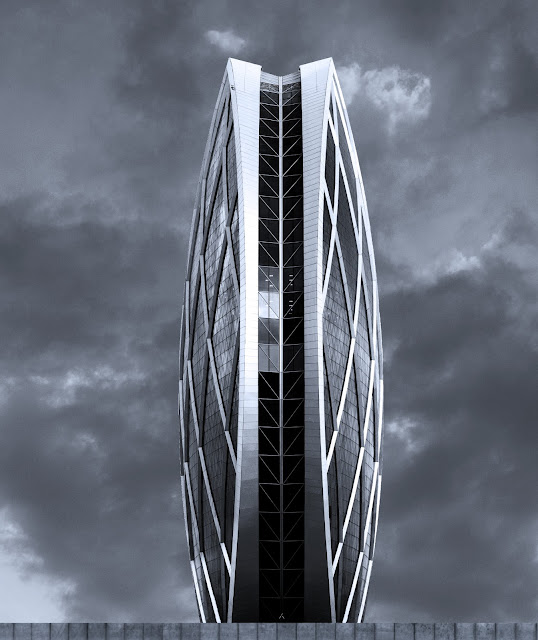 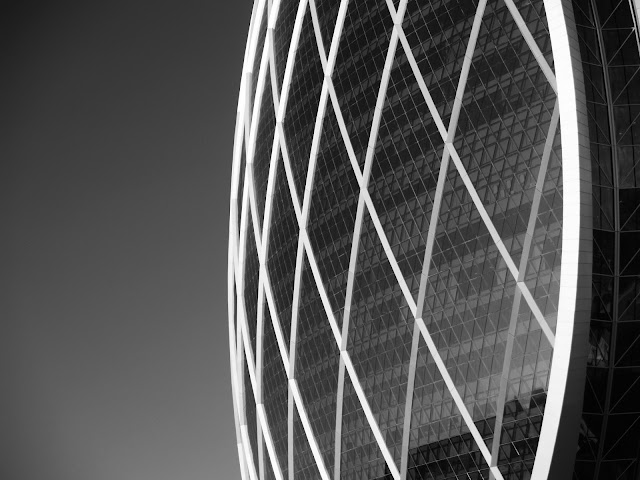 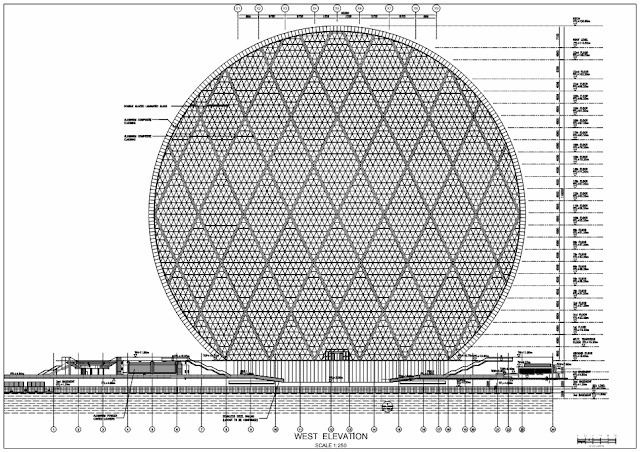 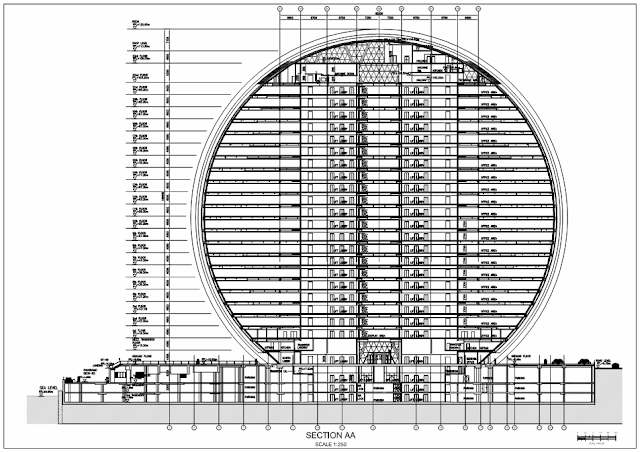 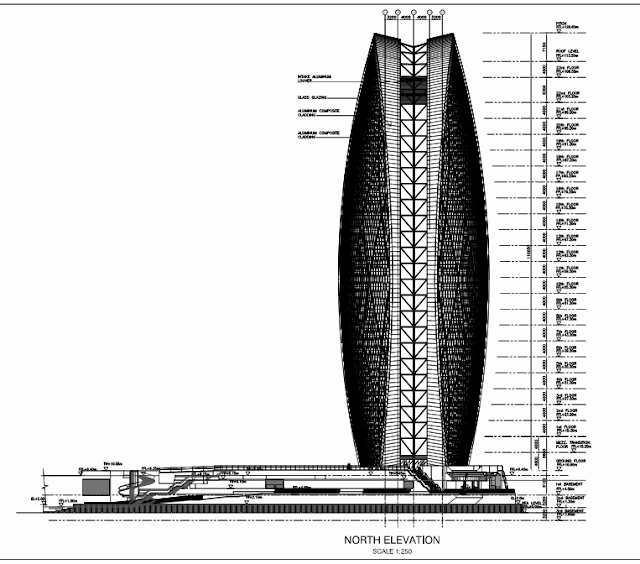 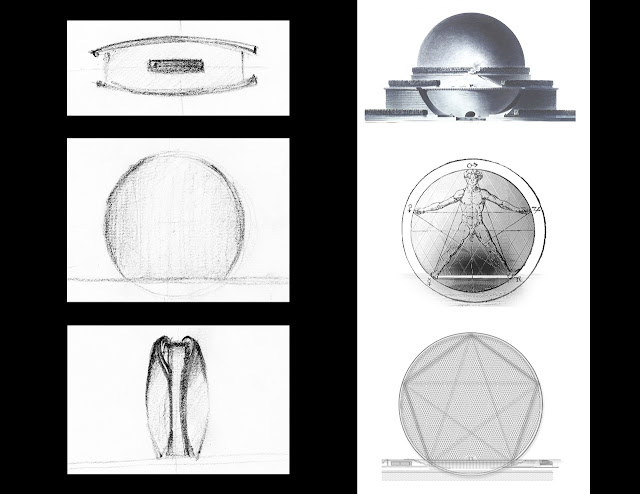 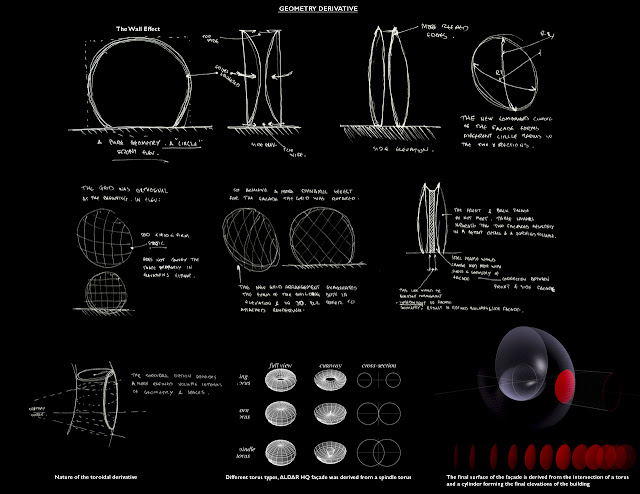