Projects Wanted - The Barn, by mostlikely

mostlikely in an Architecture collective based in Wien, Austria. The office combines architecture, computer graphics, design and sound, presenting works in all these areas. Our blog invited mostlikely to participate in Projects Wanted Initiative and today we're publishing the project "The Barn", a family house built in the region of Kitzbühel, Austria. 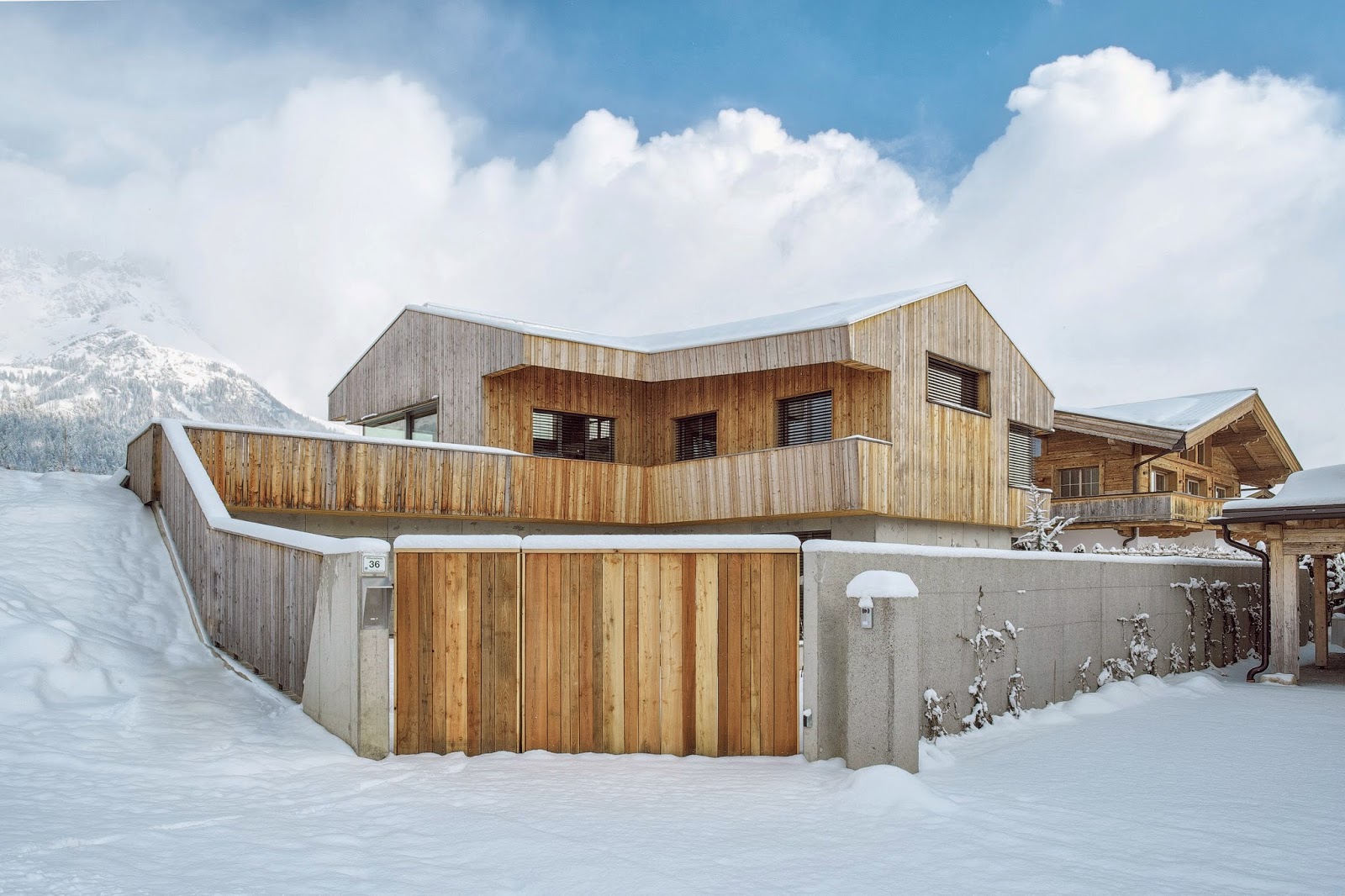 Staged Authenticity
To build a one family house in the region of Kitzbühel architect Mark Neuner and the team of mostlikely took a better part of the design process as a research quest on how to build in a contemporary way without neglecting the historic traditions. Questions with great significance in an area where tradition not only weighs heavily on old houses but hardly any new houses that are more daring are to be found at all. This coherent architectural landscape allows for a romantic identity as well as regional authenticity and serves as the layer stone of the tourism industry in this area. To respect and preserve the substance of the idyllic mountain village Going am Wilden Kaiser (the name of the mountain which literally translates to “Wild Emperor”) mostlikely chose to stage the well-known and proven in a new way.

The ideal model
Numerous walks through the environment and a deep dive into the history as well as the clichees associated with the area helped to analyse, measure and document the surroundings. These physical and mental excursions would then lead to a visualized outline of the plan that was full of variety and complexity. This way of “working in pictures” at the beginning of the design process enabled us to get a stronger connection with the space. This approach eventually led mostlikely to the barn instead of the traditional house to play the model for the further development. The typology of the barn with its brick-built, massive socket that contrasts its open hayloft seemed to suit today’s needs better than the traditionally poor-lit farmers house of the old days.

Concrete Flowers. (or: Fable and Flora.)
The point of culmination for the idea of the barn was the socket. Instead of brick, concrete was the material of choice and the magic could take place: flowers and creatures that would slightly remind the myths of the mountains would grow – thanks to a corrosion technique - on the especially designed and each separately cast concrete panels. Moreover in an almost manic cooperation with the sculptor Stefan Buxbaum mostlikely was able to create panels of concrete almost as light as a feather so that even the automatic garage door would open and thus be integrated invisibly in the façade of the building.

Proven but progressive
In the living areas of the house especially designed furniture, walls made from exposed concrete and most prominently the wooden roof timbering that would dominate the shape and feel of the upper floors would connect the shapes of the past with modern living styles just naturally without insinuating.

Unpretentious and natural as a barn should be a new typology of housing in the mountains was born: “Scheune Edition Kitzbühel 2012” its name. 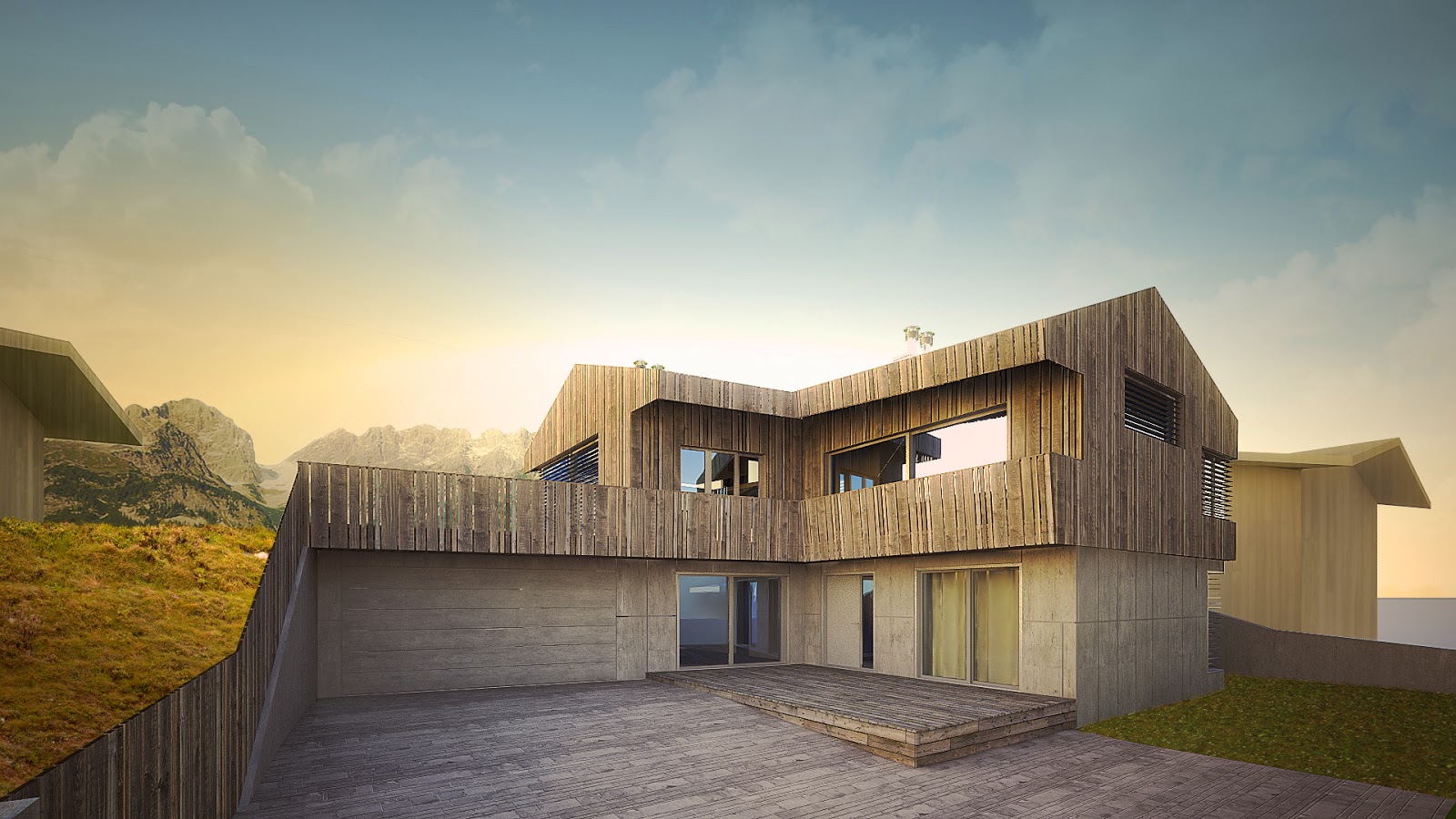 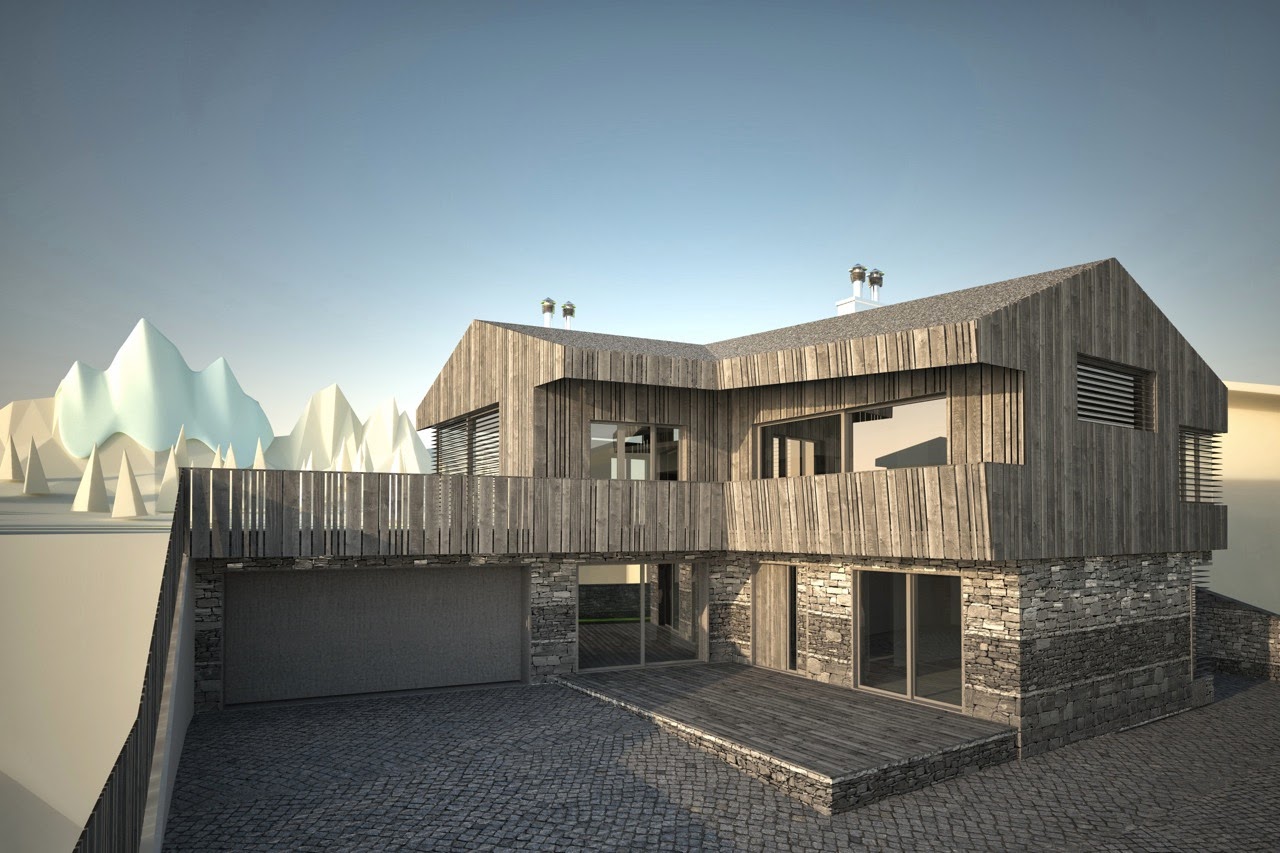 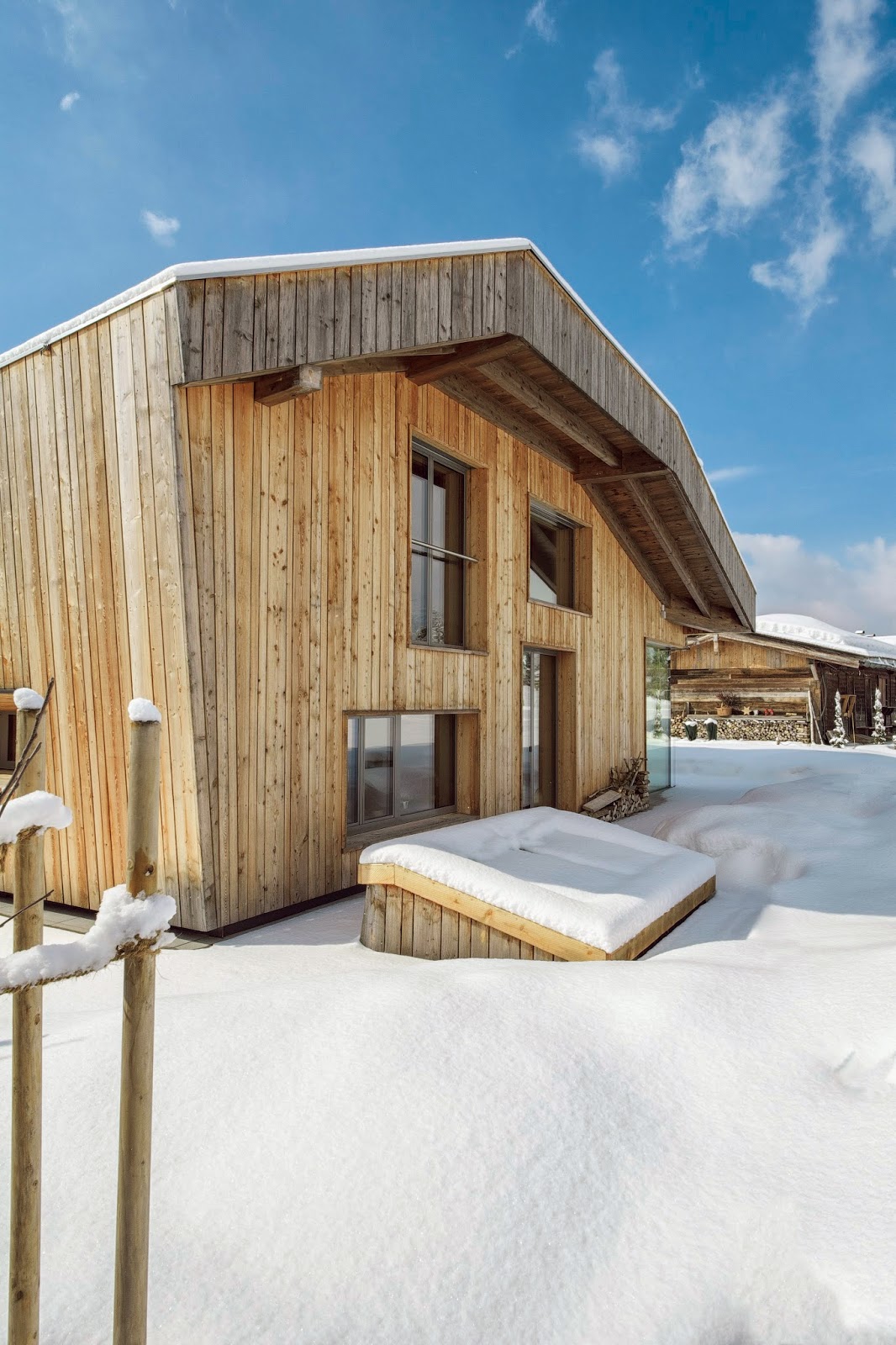 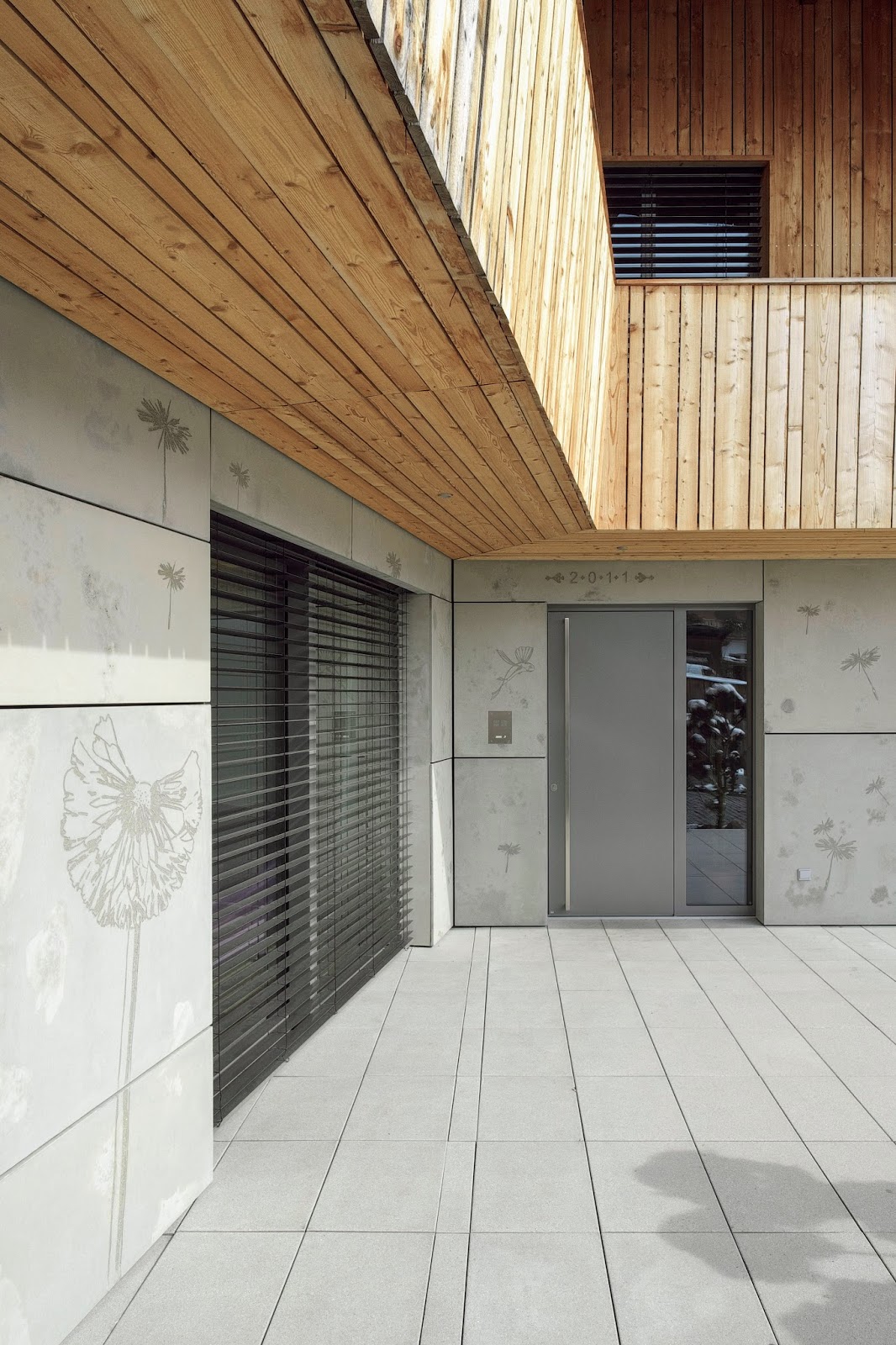 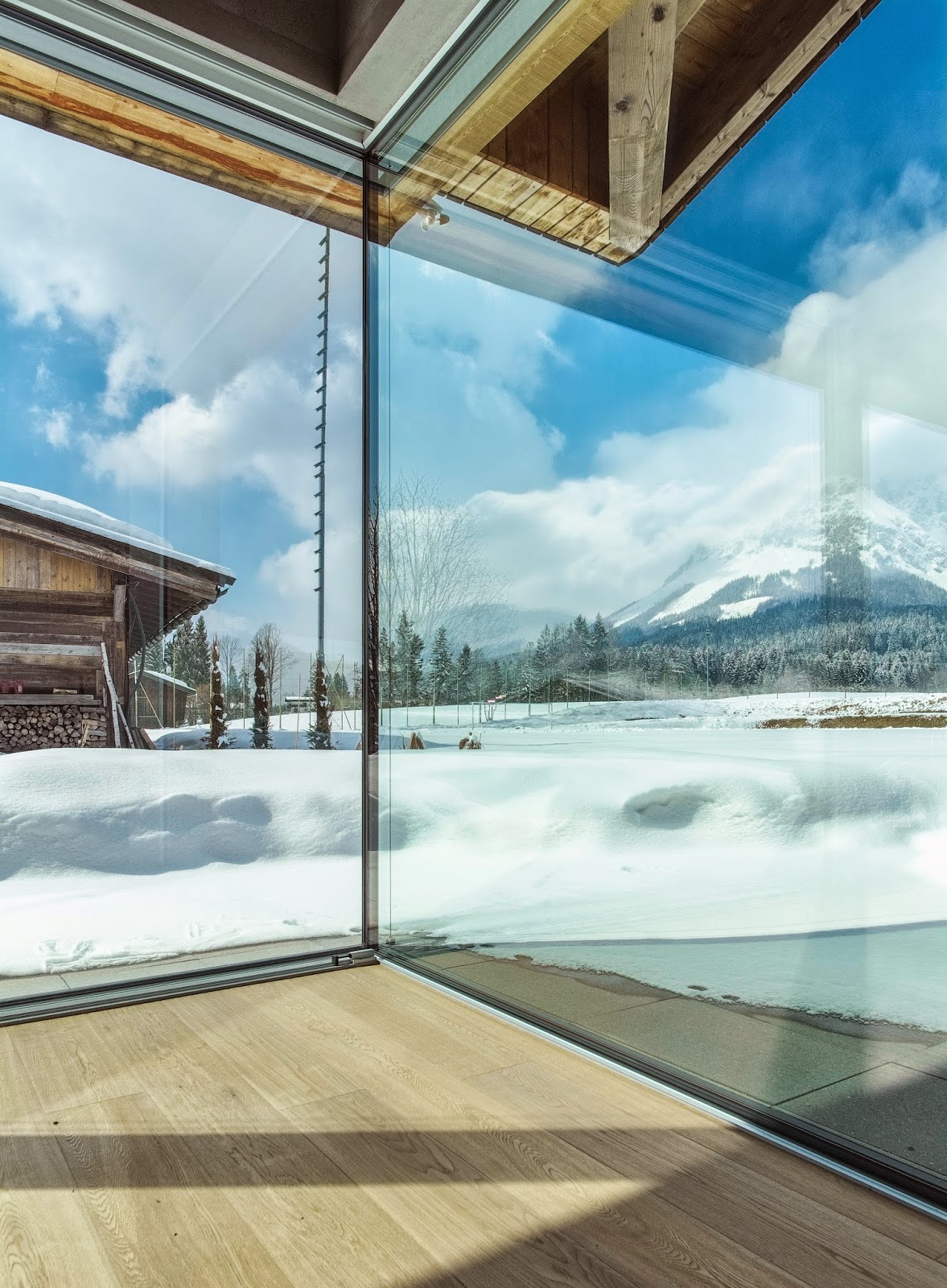 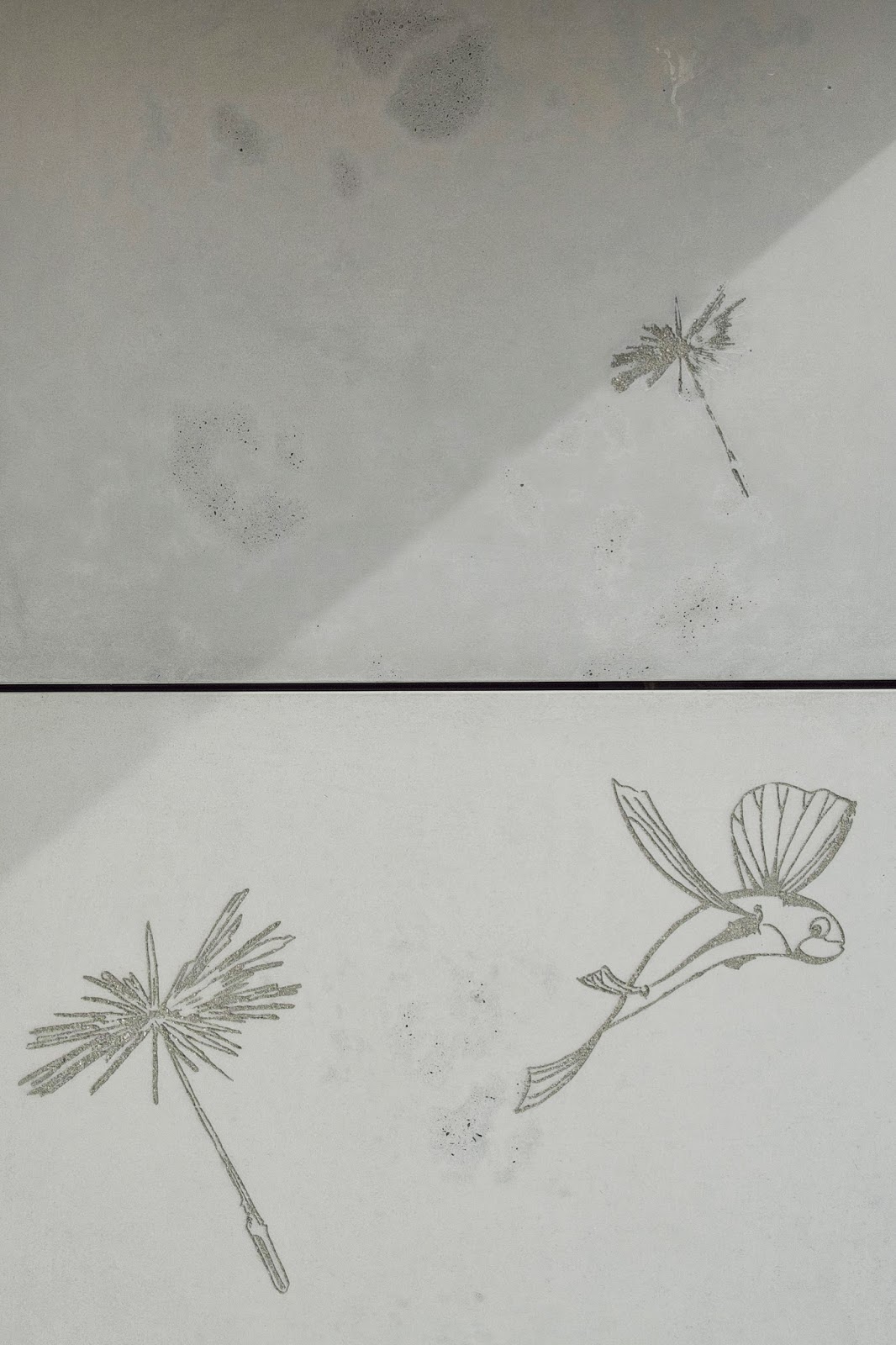 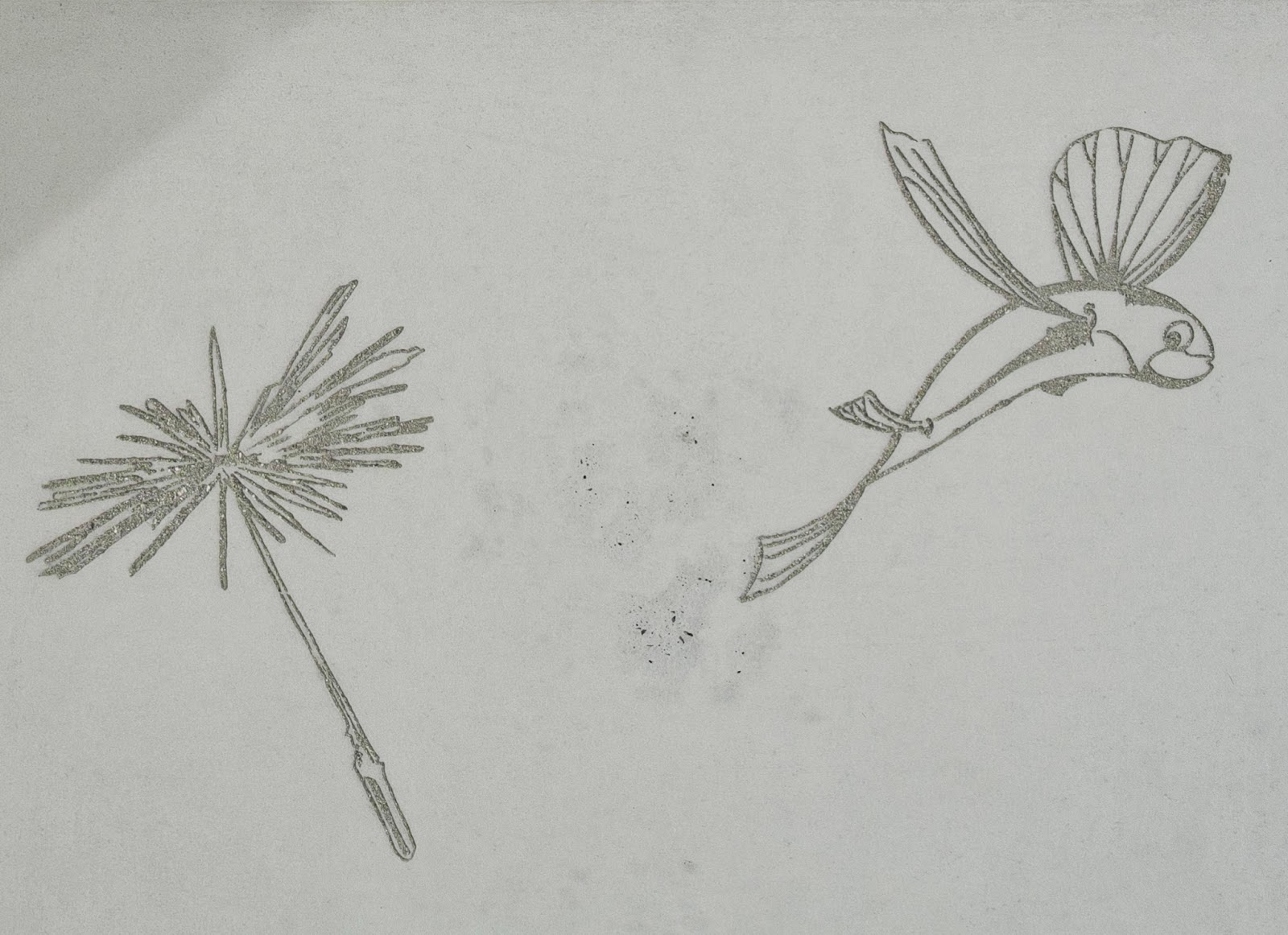 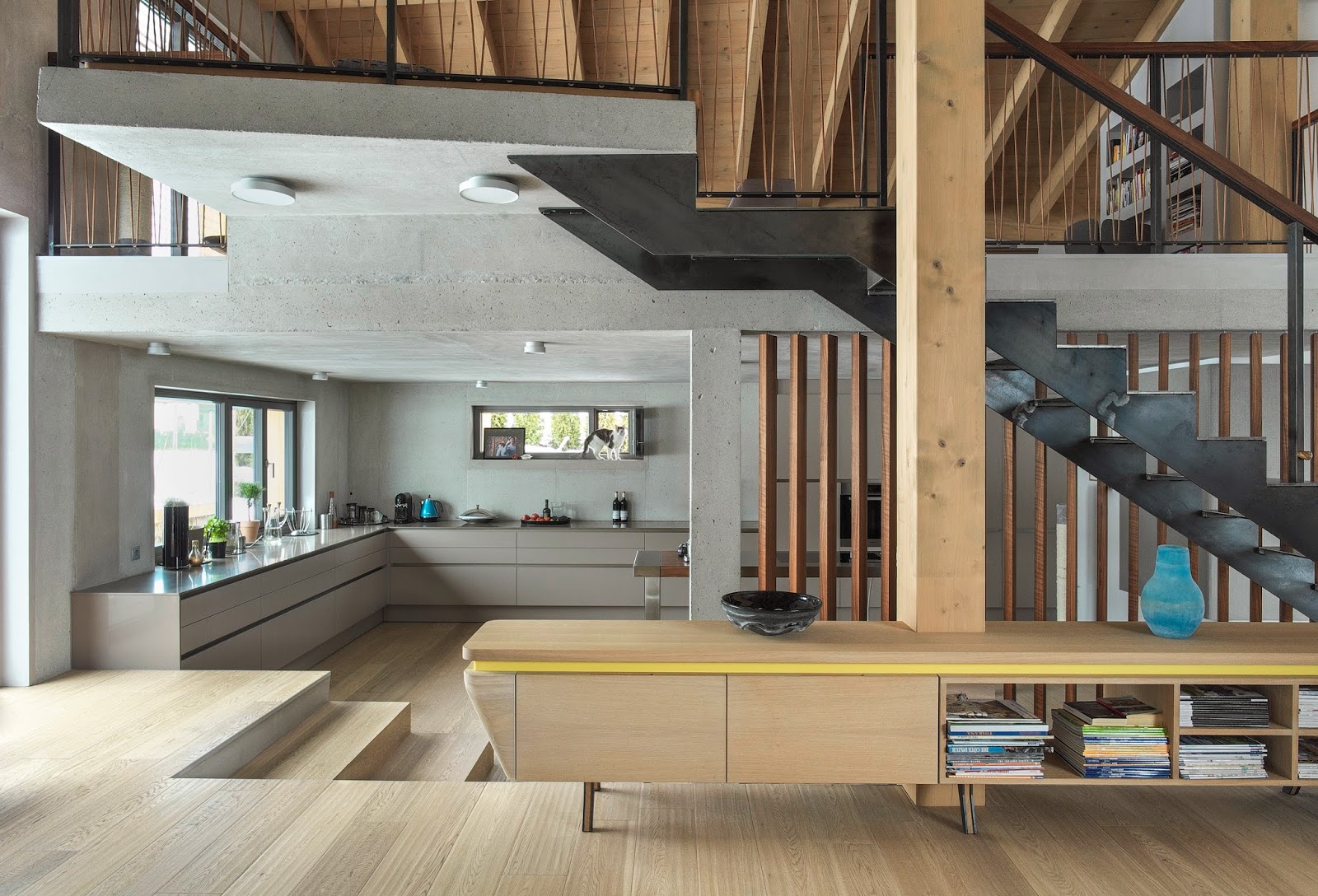 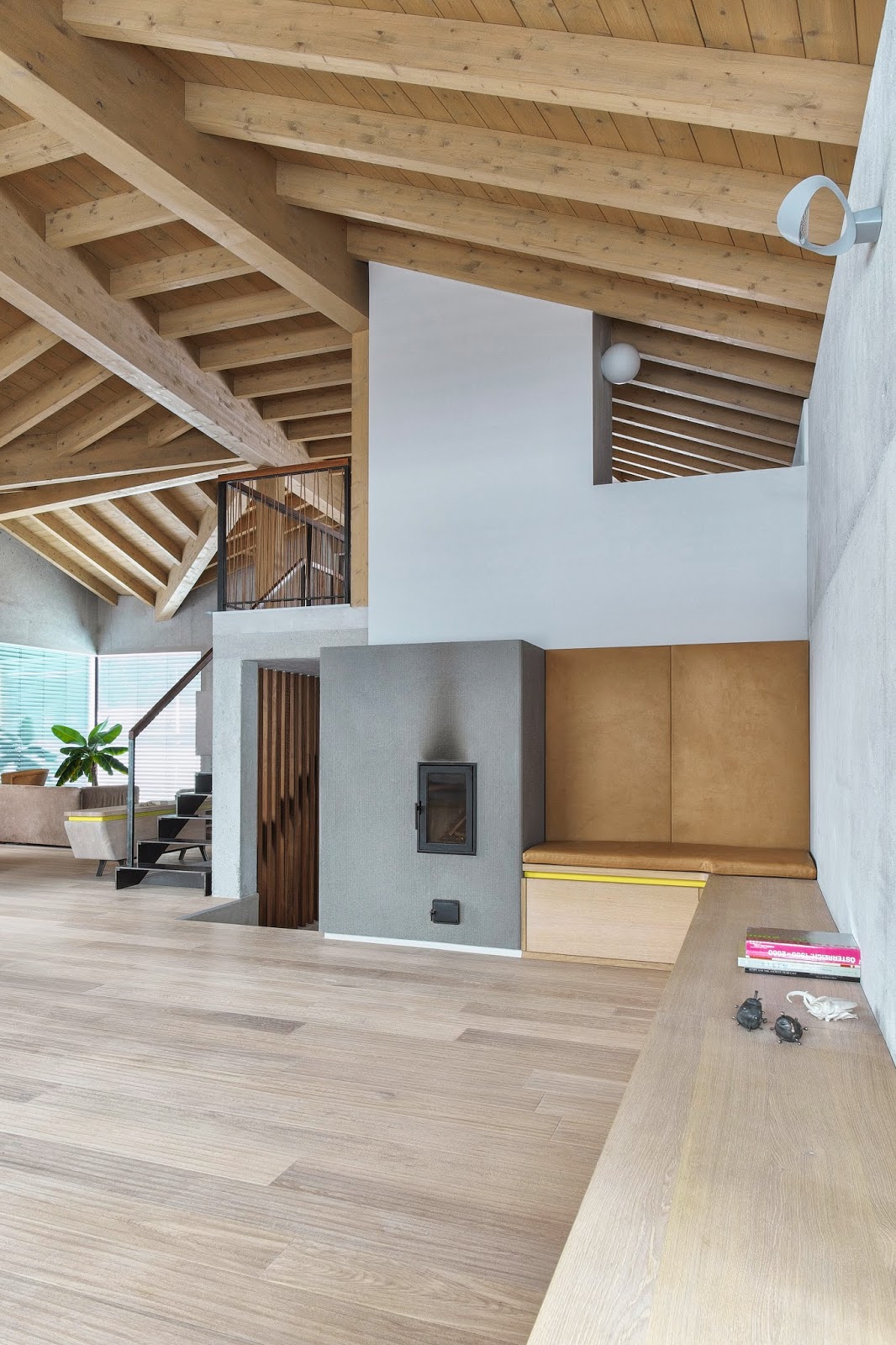 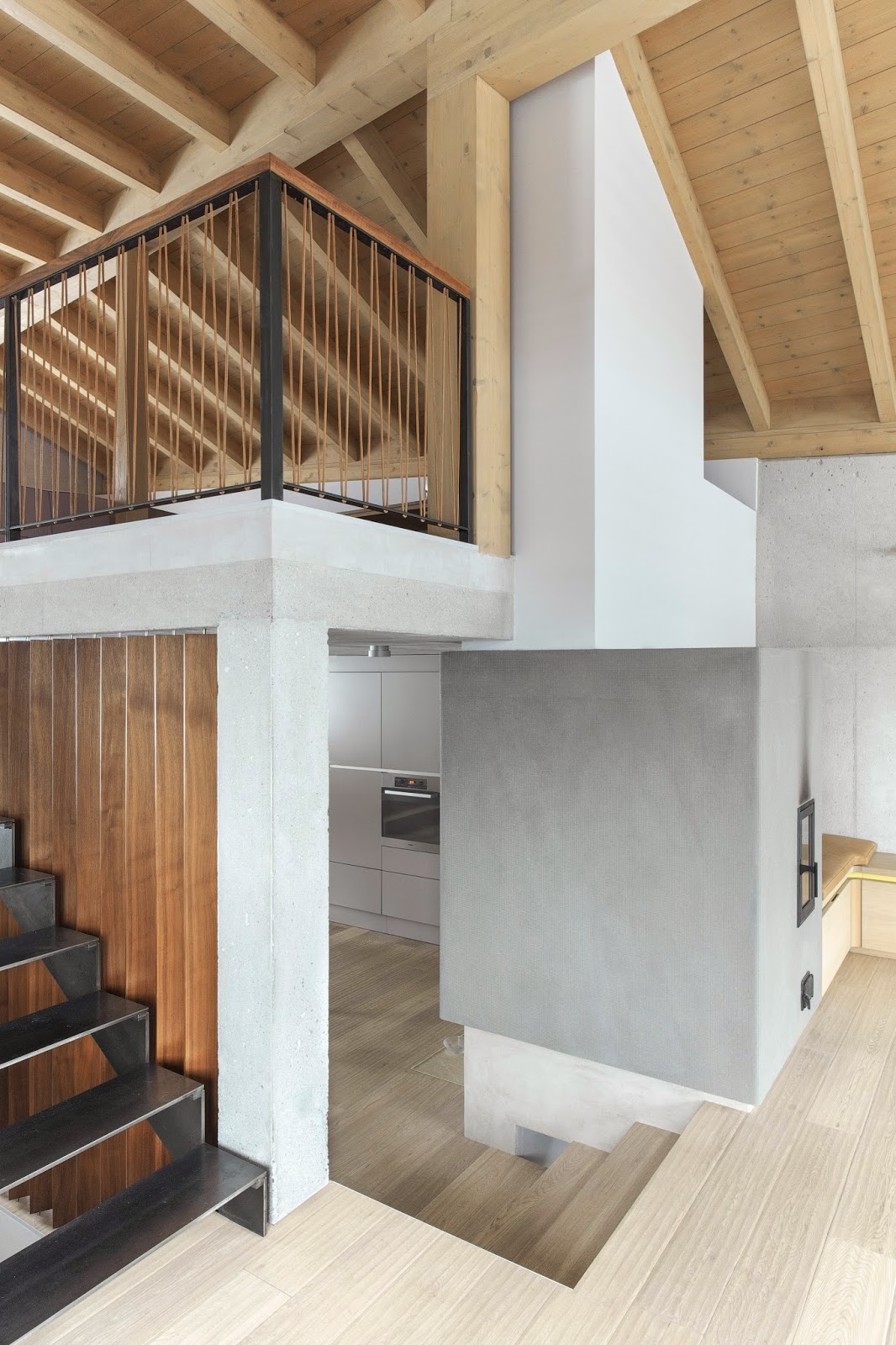 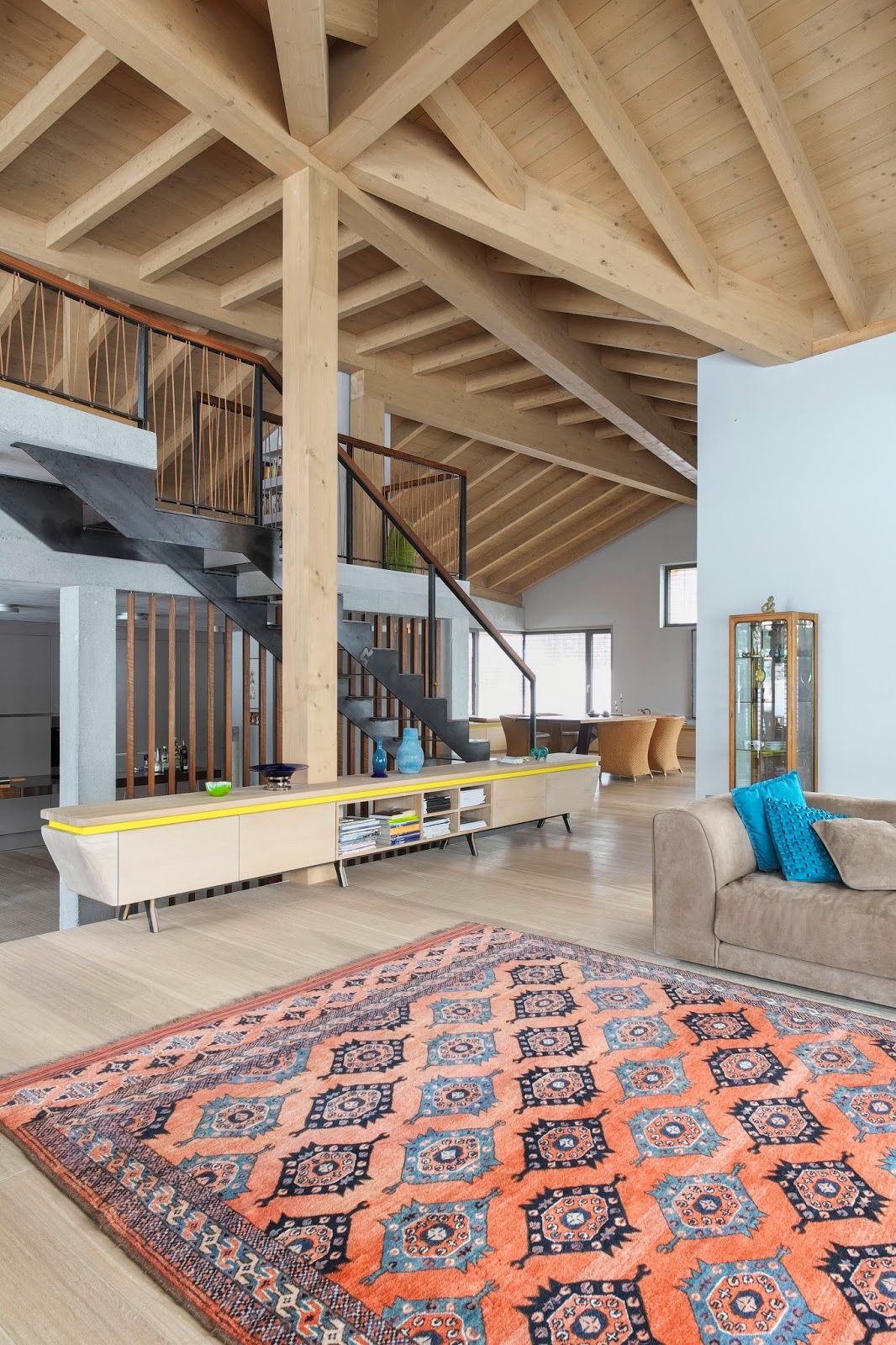 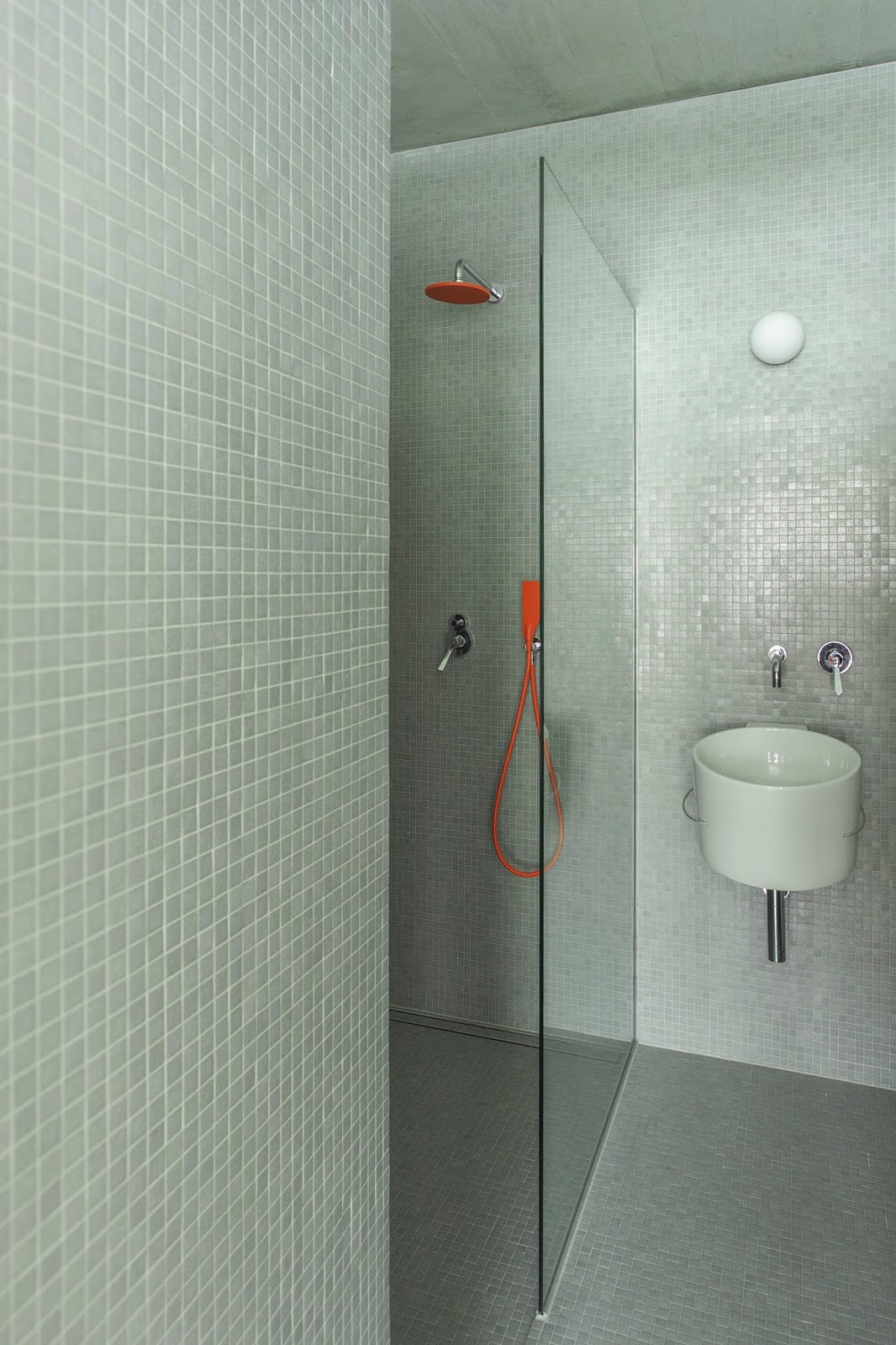 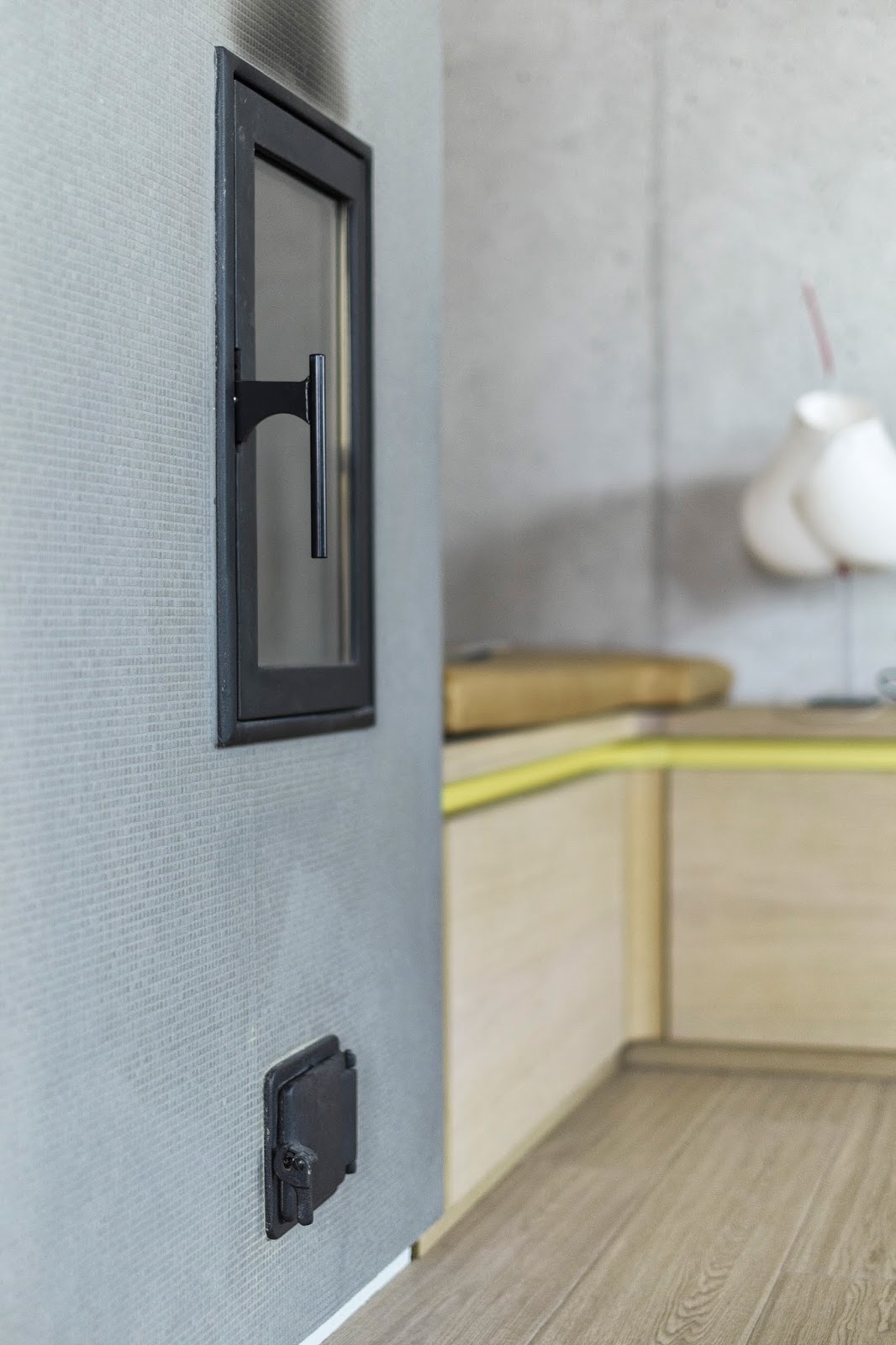 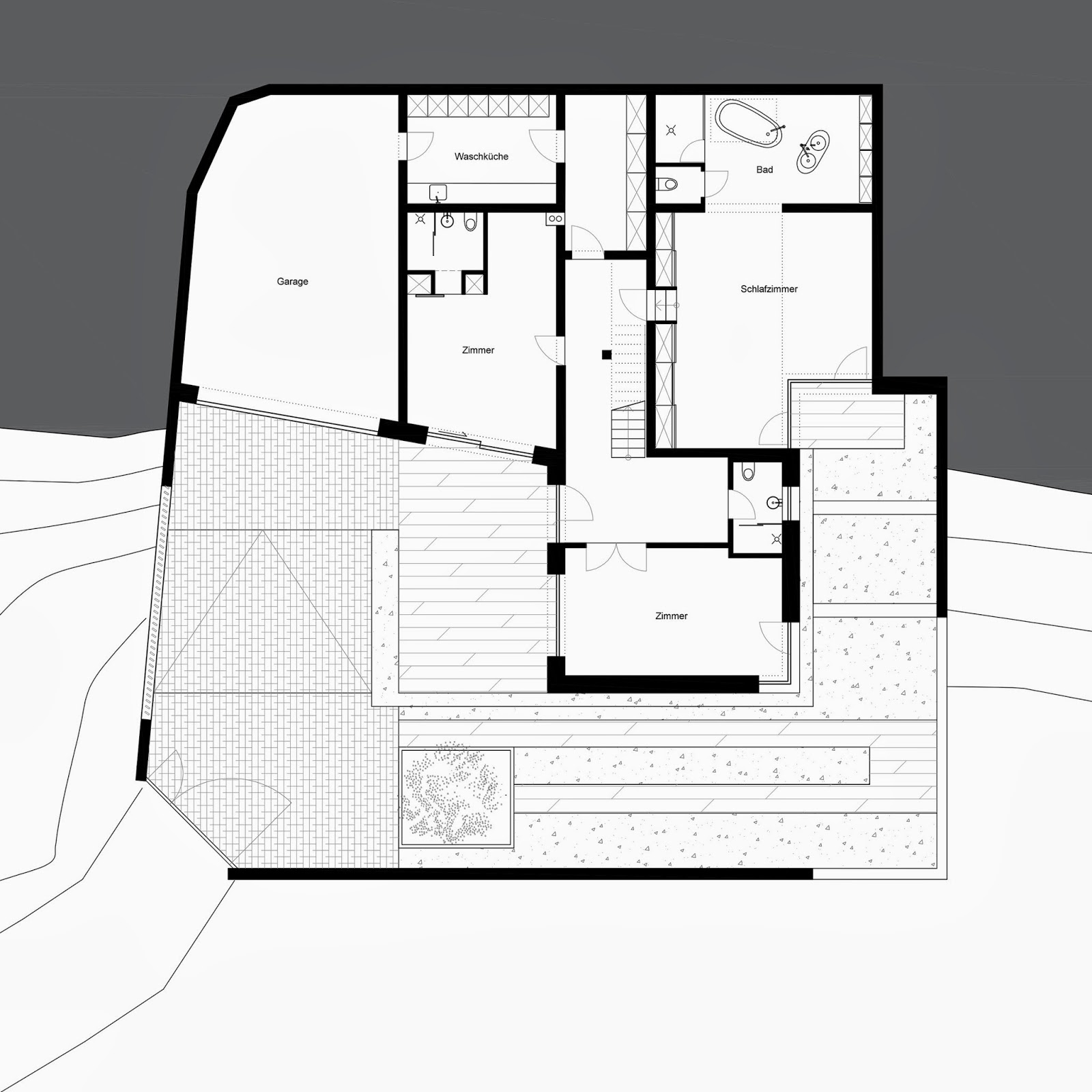 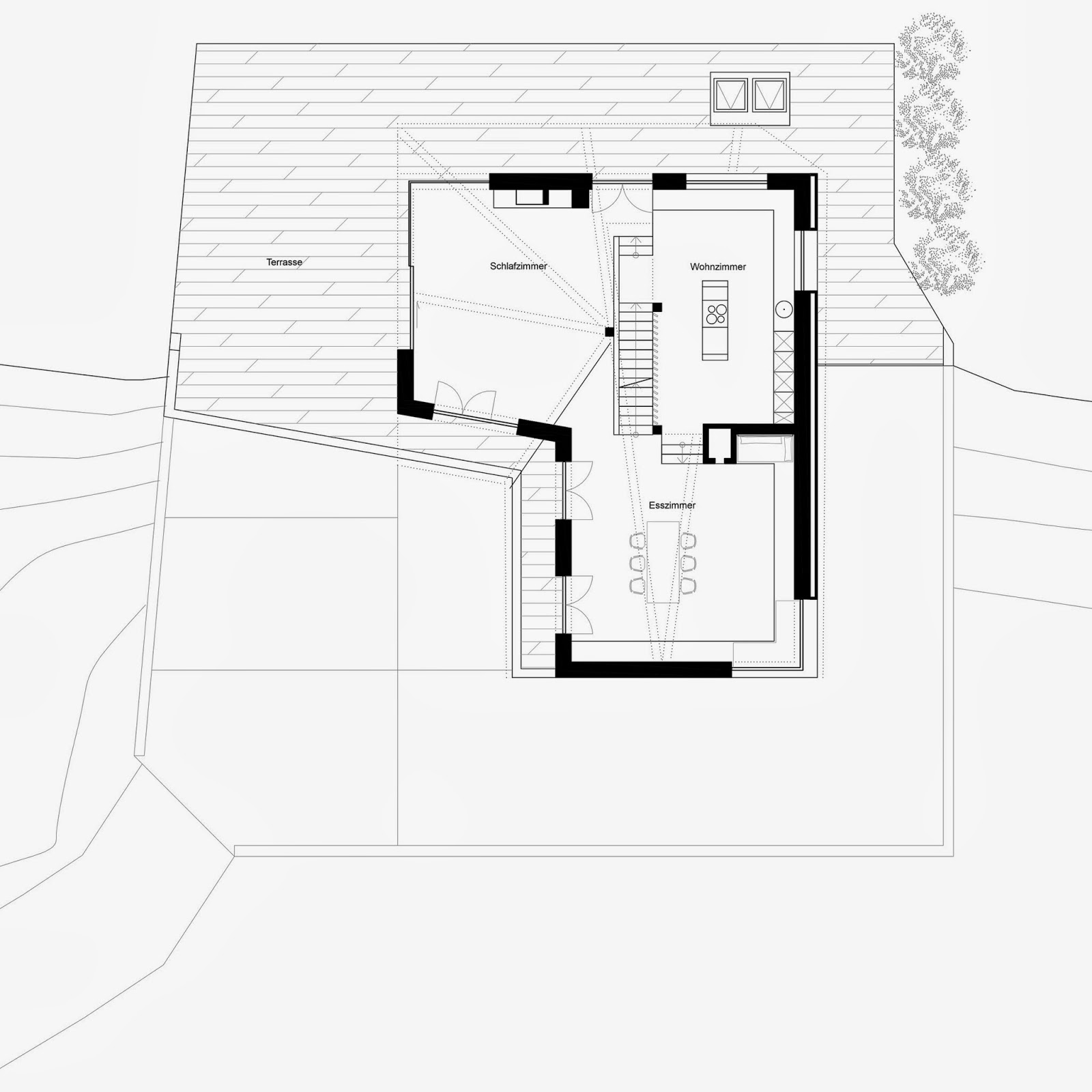 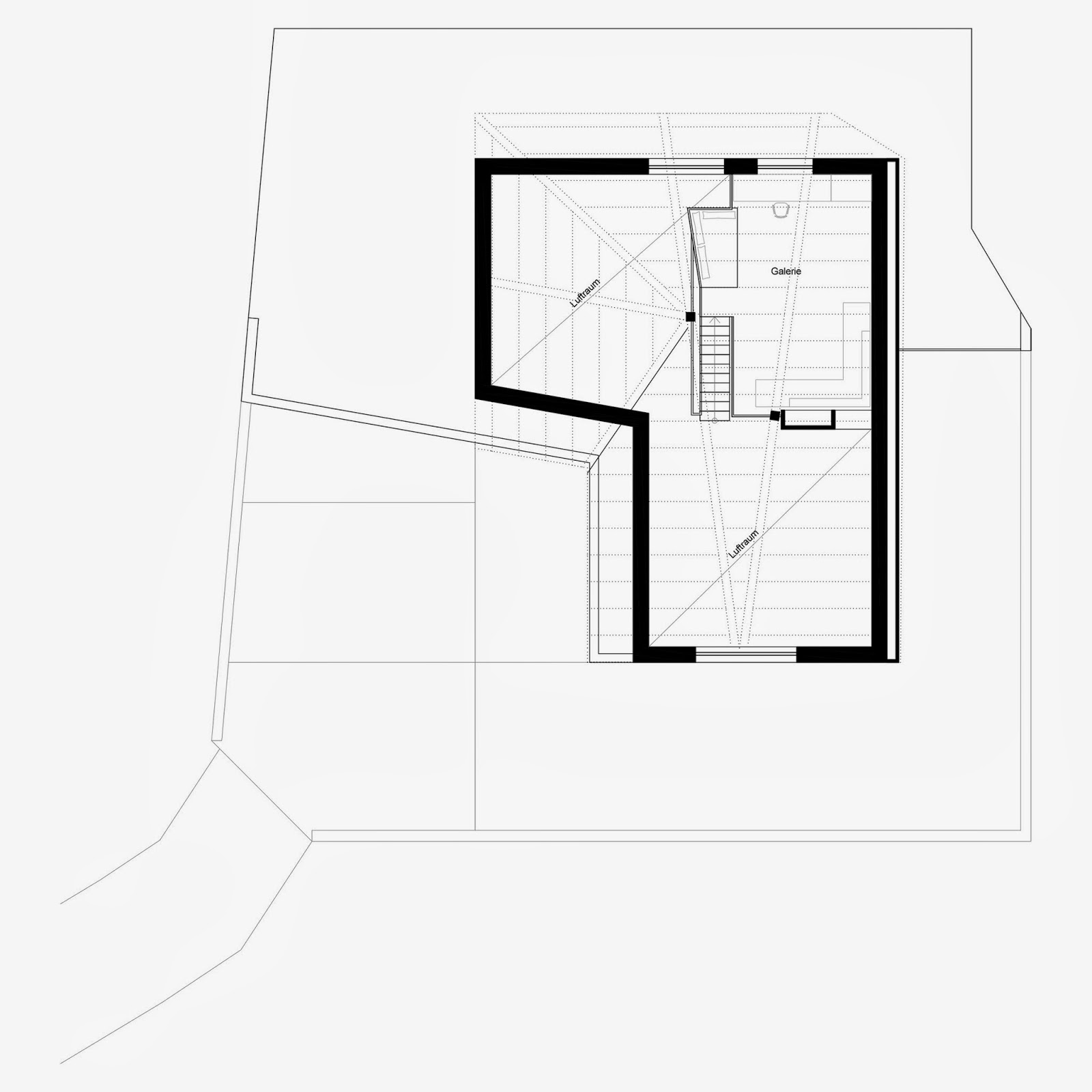 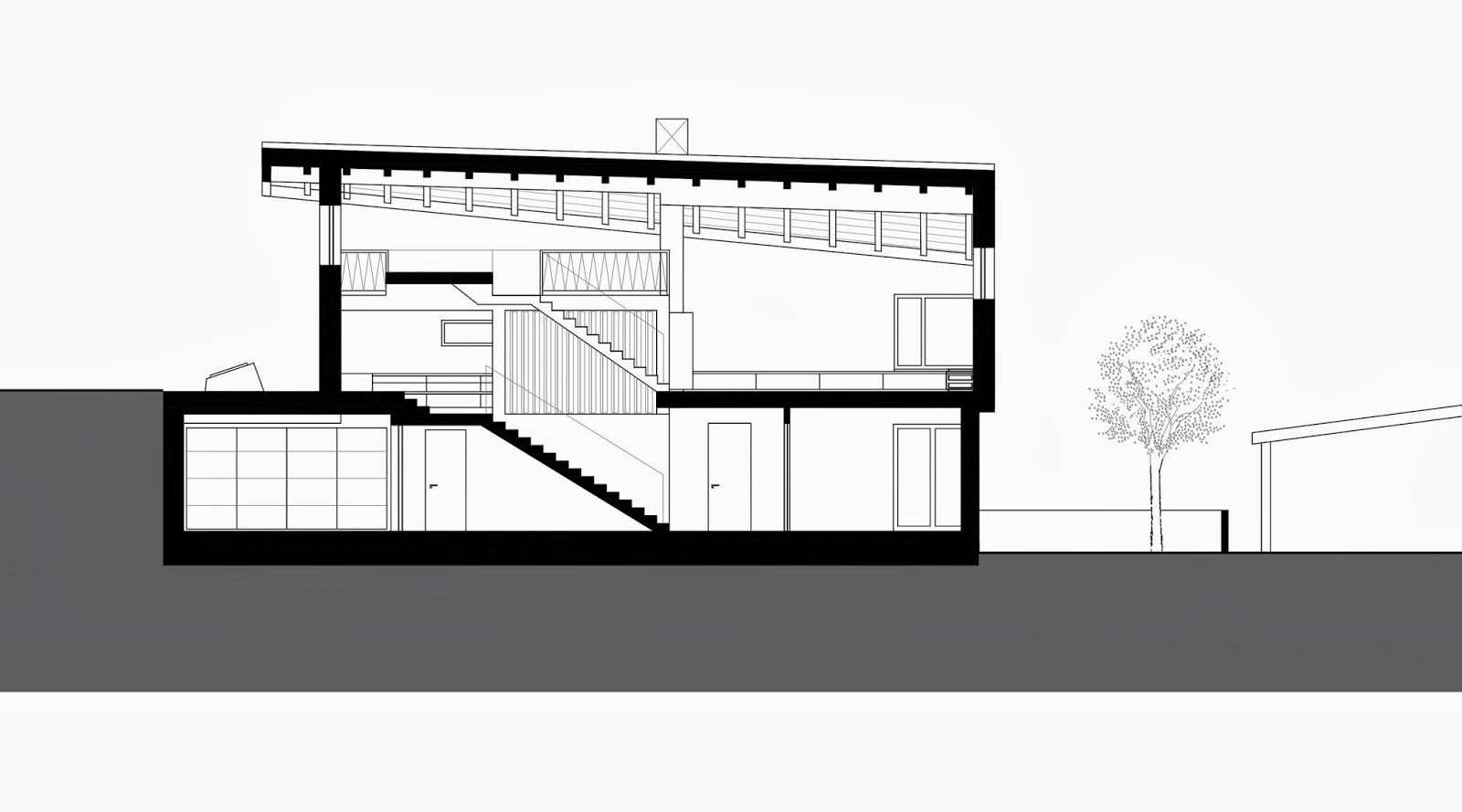 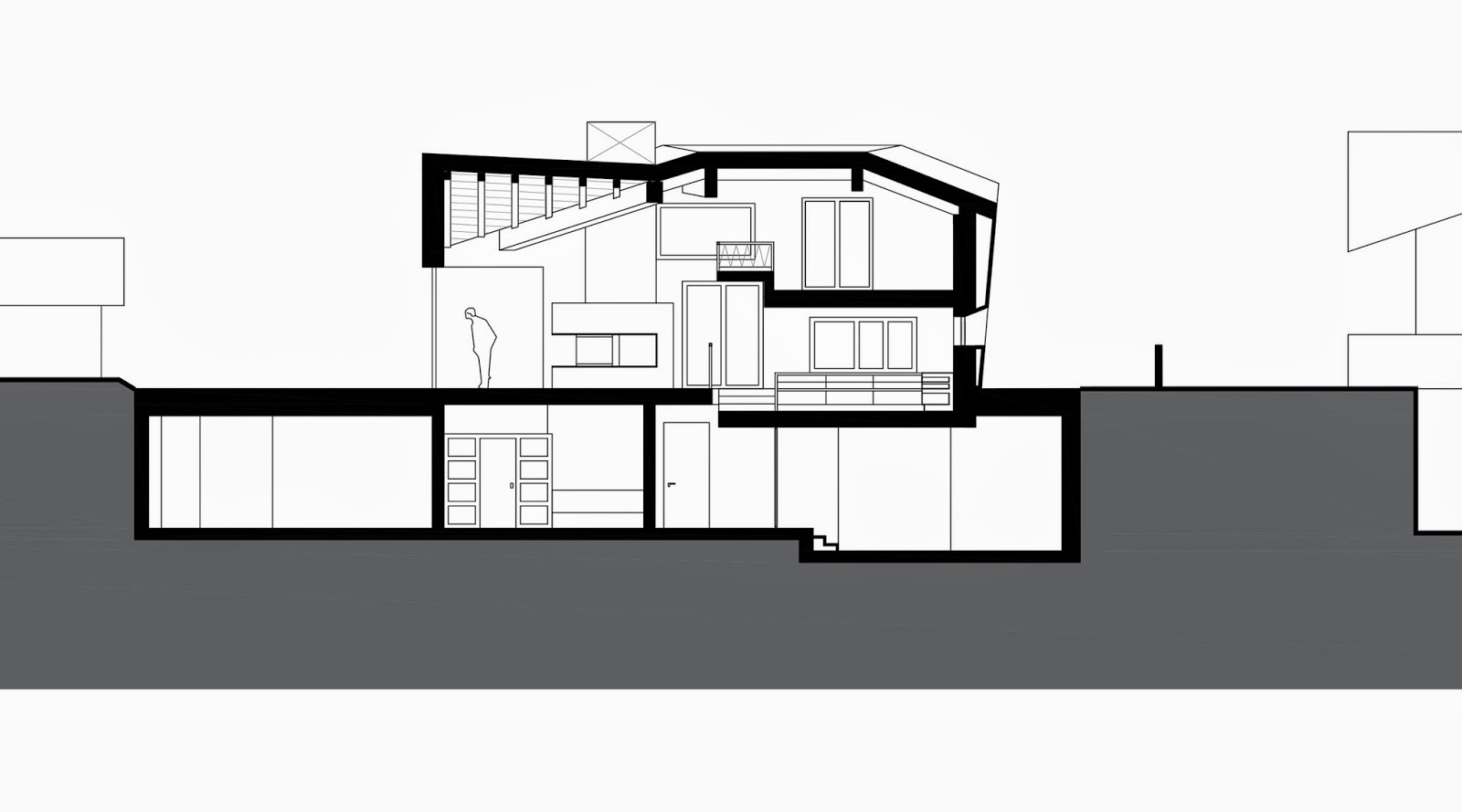 The Viennese agency “mostlikely” is run by five partners and was established in 2012. We combine architecture, computer graphics, design and sound. Our projects vary from buildings to installations as well as from videos to music productions.

Each person has his own interests – Mark Neuner`s oscillates between different areas and dimensions – according to the scale of the project. When it comes to the dimension of the city, a theoretic meta-level so to say, his main interest lies in the socio-economic realities and restraints that create the production of the city. The one family home, on the other side of the spectrum, is the smallest typology but nevertheless challenging as it is here where the results of the exchange between the inner and outer space take shape in material. 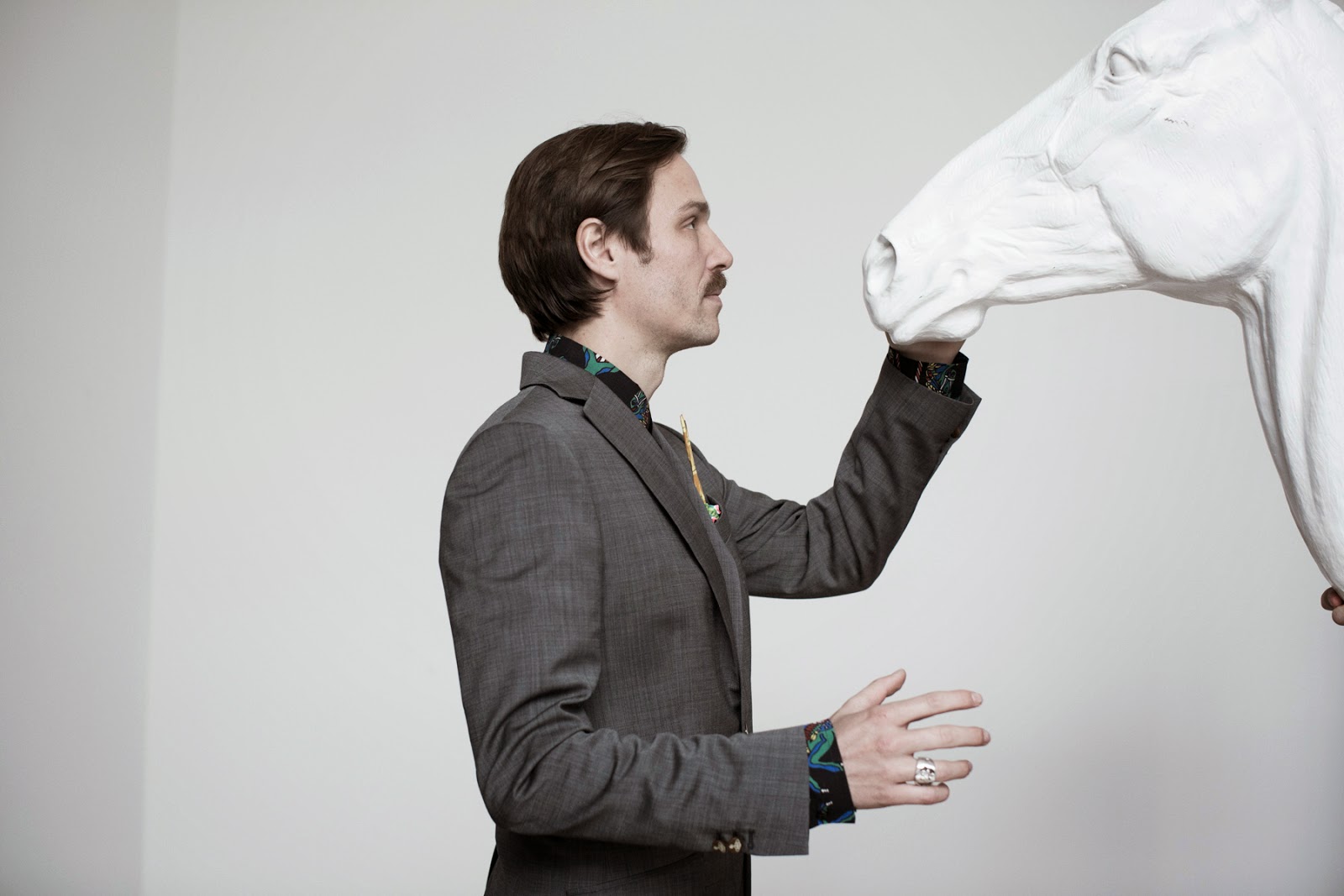 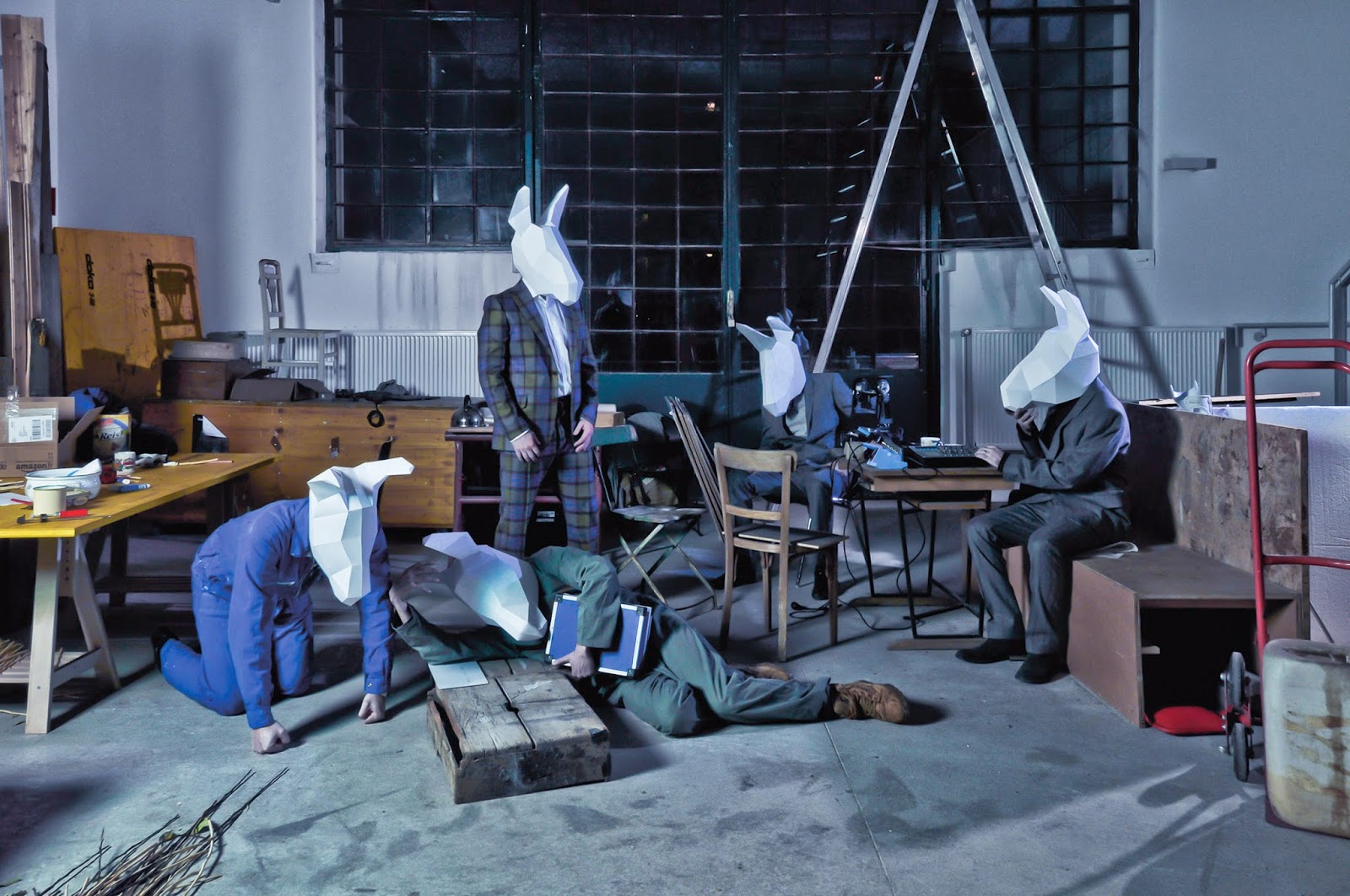 Email ThisBlogThis!Share to TwitterShare to FacebookShare to Pinterest
Etiquetas: mostlikely, projectswanted, the barn