FAHR 021.3 - between Art and Architecture (featuring "Glassberg" and "Hairchitecture")

Giving continuity to the effort of spreading new concepts related with Architecture and Art, today we publish the contents sent by FAHR 021.3, after an invitation made by our blog. FAHR 021.3 is a "collaborative practice" composed by Portuguese architects established in the city of Porto.

Besides their general profile, today's post highlights two specific works: "Glassberg" and "Hairchitecture". The office's work can be followed through several social networks, being the links available in the collective's website.

Our blog is open to publish works from Portuguese and international artists - starting from the areas of Architecture, Visual Arts and Design there isn't really any limitation with regard to the scope of the presented works. All proposals should be sent to david.cardoso@dimscale.com. 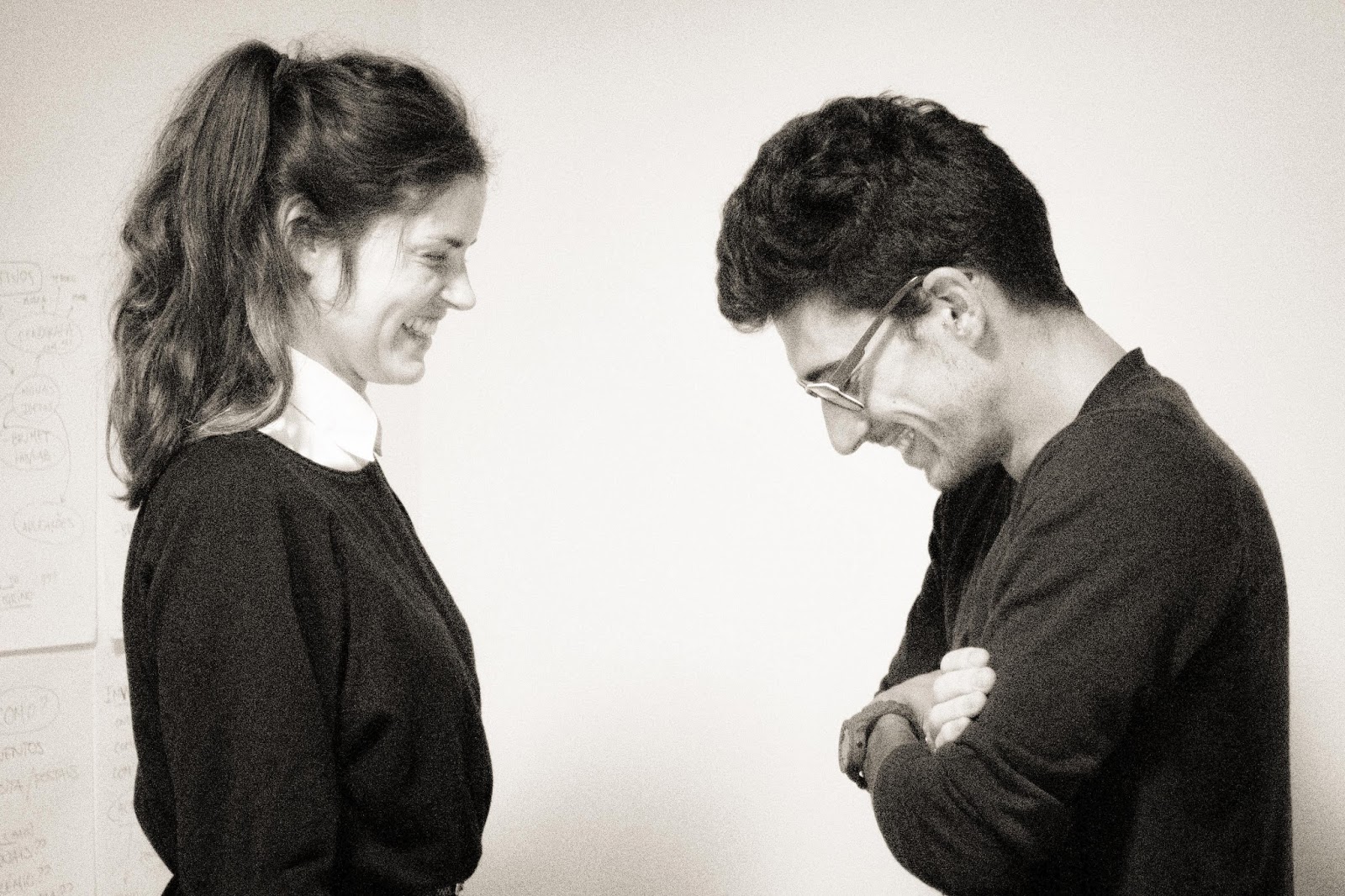 "FAHR 021.3 is a collaborative practice that focuses its work between the disciplines of art and architecture. Exploring different architectural concepts FAHR aims to create unexpected and provocative realities.

After working in international offices as lwarchitects or J. Mayer H. in Berlin, Filipa Frois Almeida and Hugo Reis returned to Portugal to start the project FAHR in 2012. Its experimental, innovative and daring language, seek to breach reality. Using new applied architectural concepts, the team bases its interventions in the exploration of the different senses of the observer as well as merging concepts." 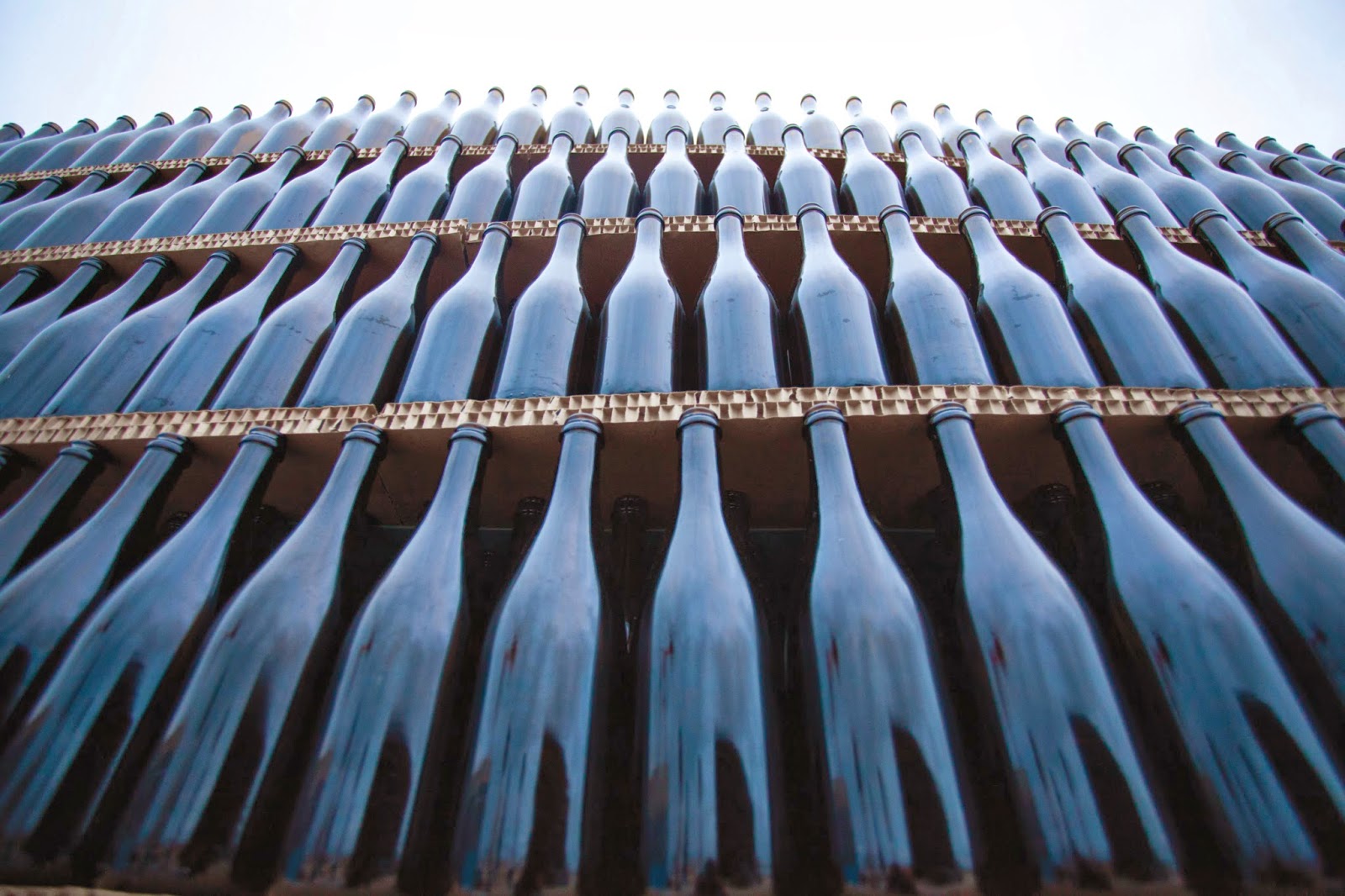 "The idea comes at the same time as the invitation to attend into a festival of music, art, sport and gastronomy - Fusing Culture Experience in Figueira da Foz, Portugal. Once the theme is this fusion of different areas, the idea was to expose local assets in the form of installation and looking through the key industries of the city we find the element of unity, the glass bottle, standing in Figueira da Foz one of the most distinguished factory in the national and international scene.

The development of the piece part from a transformation of the traditional concept of a portico, as a crossing moment that marks the limbo between interior and exterior. The installation is based on a “romance” of two towers that dialogue in a short distance and whose proportions sink the visitor along  10 meters before meeting within the festival site. As two bergs drifting that stood out from a single block, it reveals the grandeur of the piece that serves as a milestone and attractive object in the city and just before the climax of the festival.

Its materiality is extremely important in this relationship with the surrounding  urban space. Reflections are multiplied in big screens where the pixel is the bottle and the reflection is a distorted surrounding. A thousands of small movements are generated by the reflex of each person and it dissolves in the sky through the spire shapes from each bottle and multiple organic patterns intersecting one and another as the levels increase. The repetition of the form with the appointment demarcated by horizontal honeycomb card also emphasizes the colonnades and friezes that marked the great classical monuments with extremely important porch.

The glassberg, is also a sensory experience for the viewer, generated by an antithesis between the massiveness of each wall represented by its volume and weight, contrasted by the subtlety and apparent fragility of the glass bottle.

By its presence in public space to the more detailed reflection of this portico is a break with the conventional access to common festival spaces, bringing creativity and the theme of the festival to the entrance." 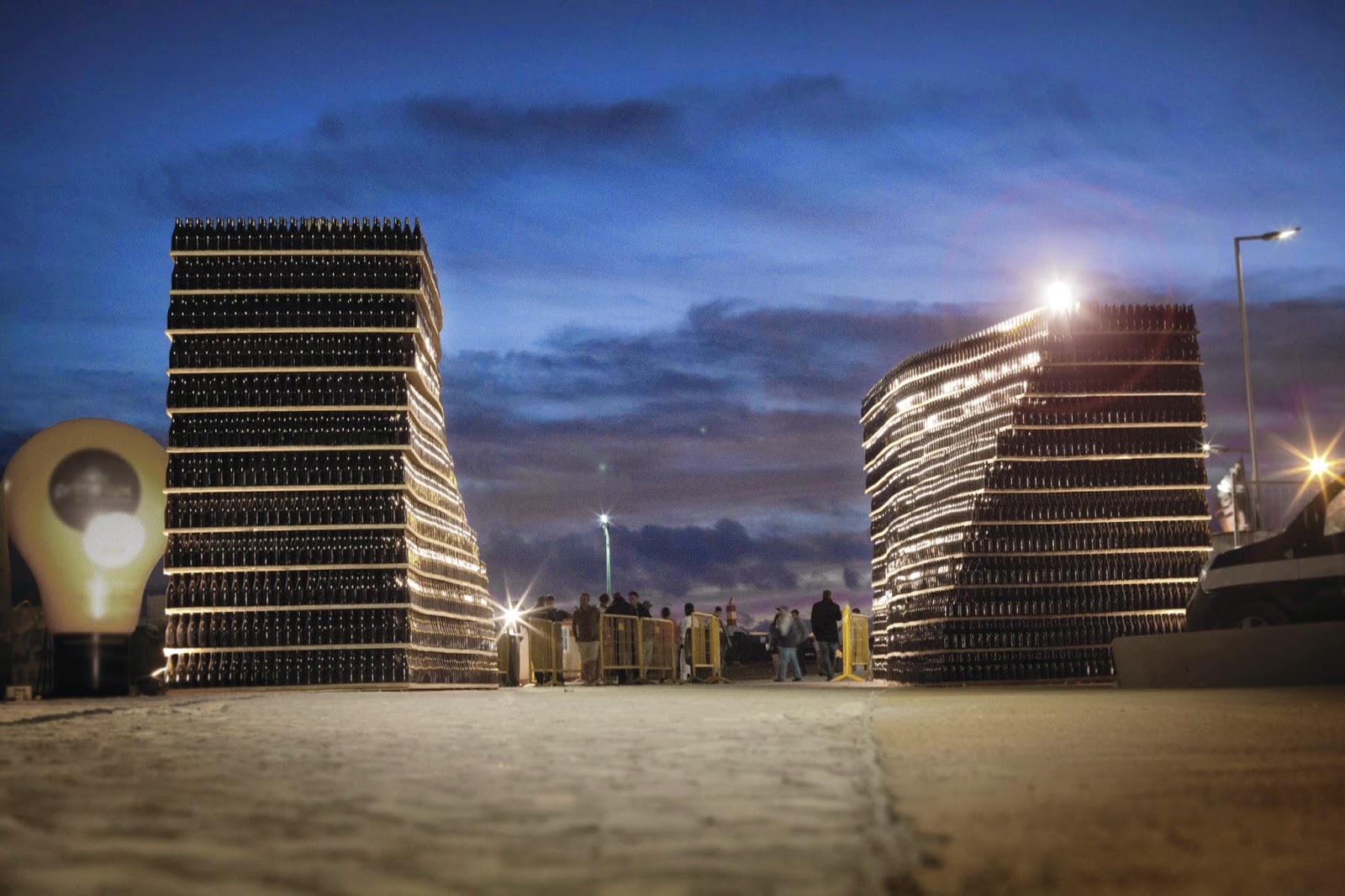 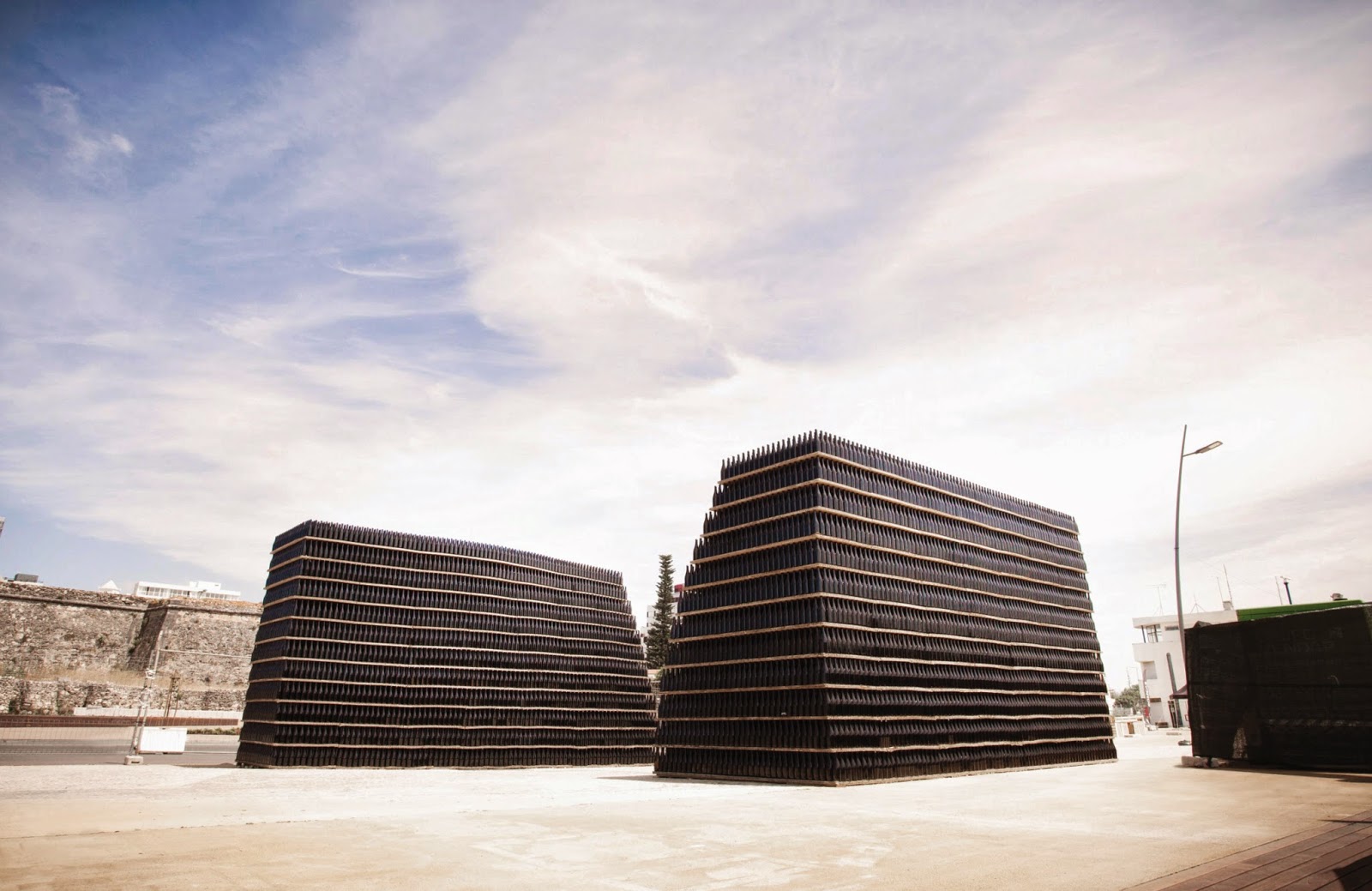 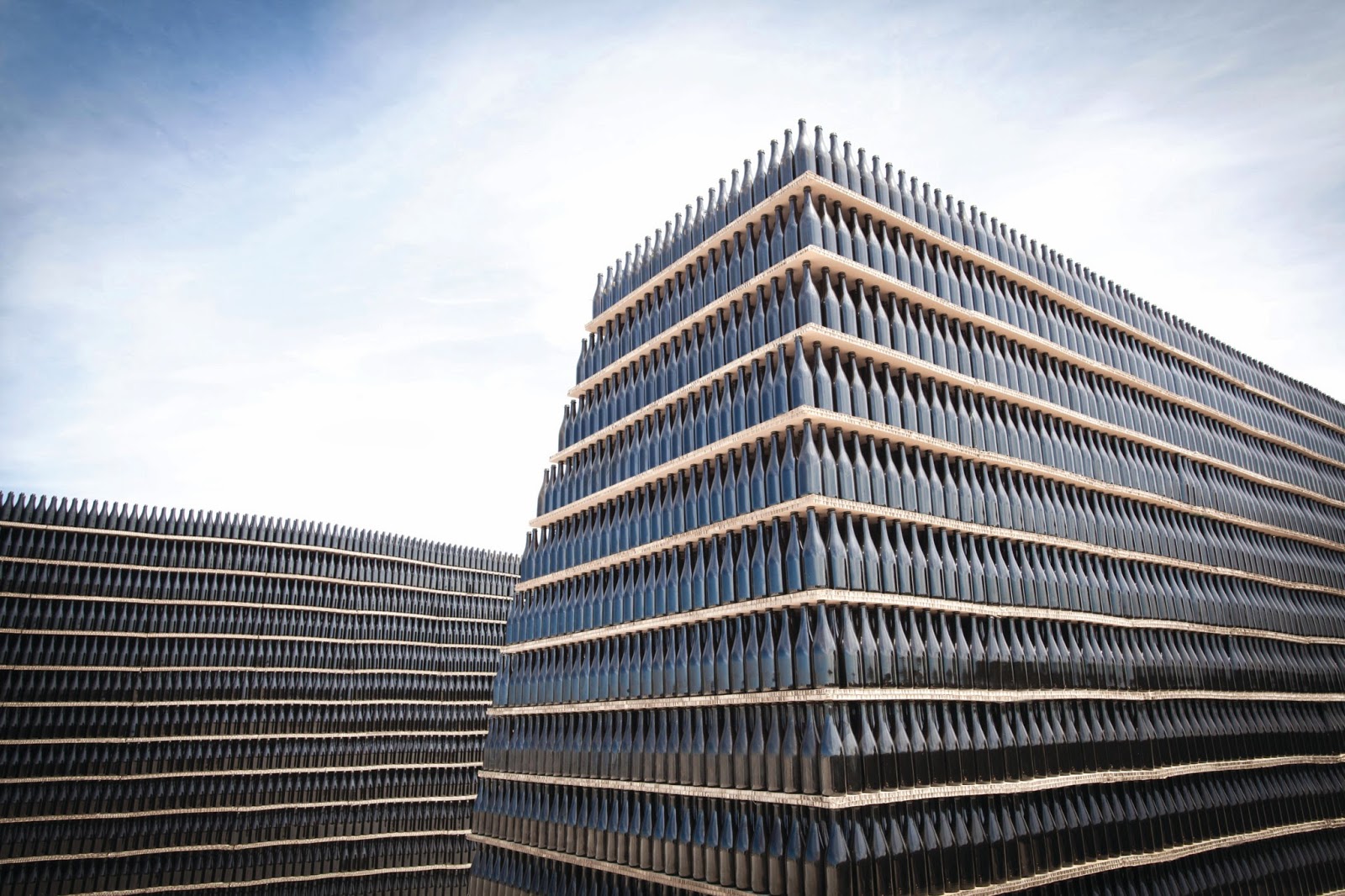 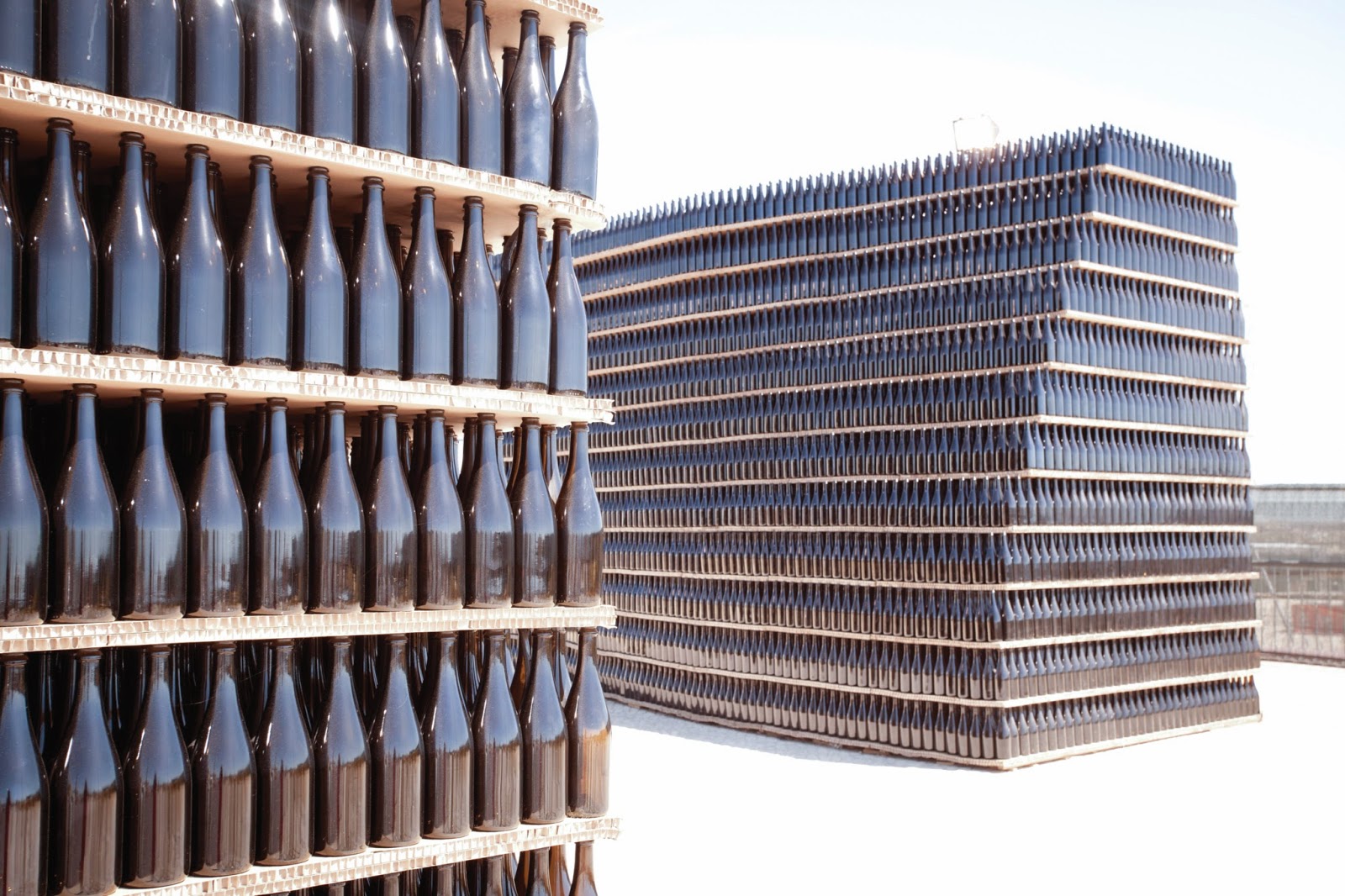 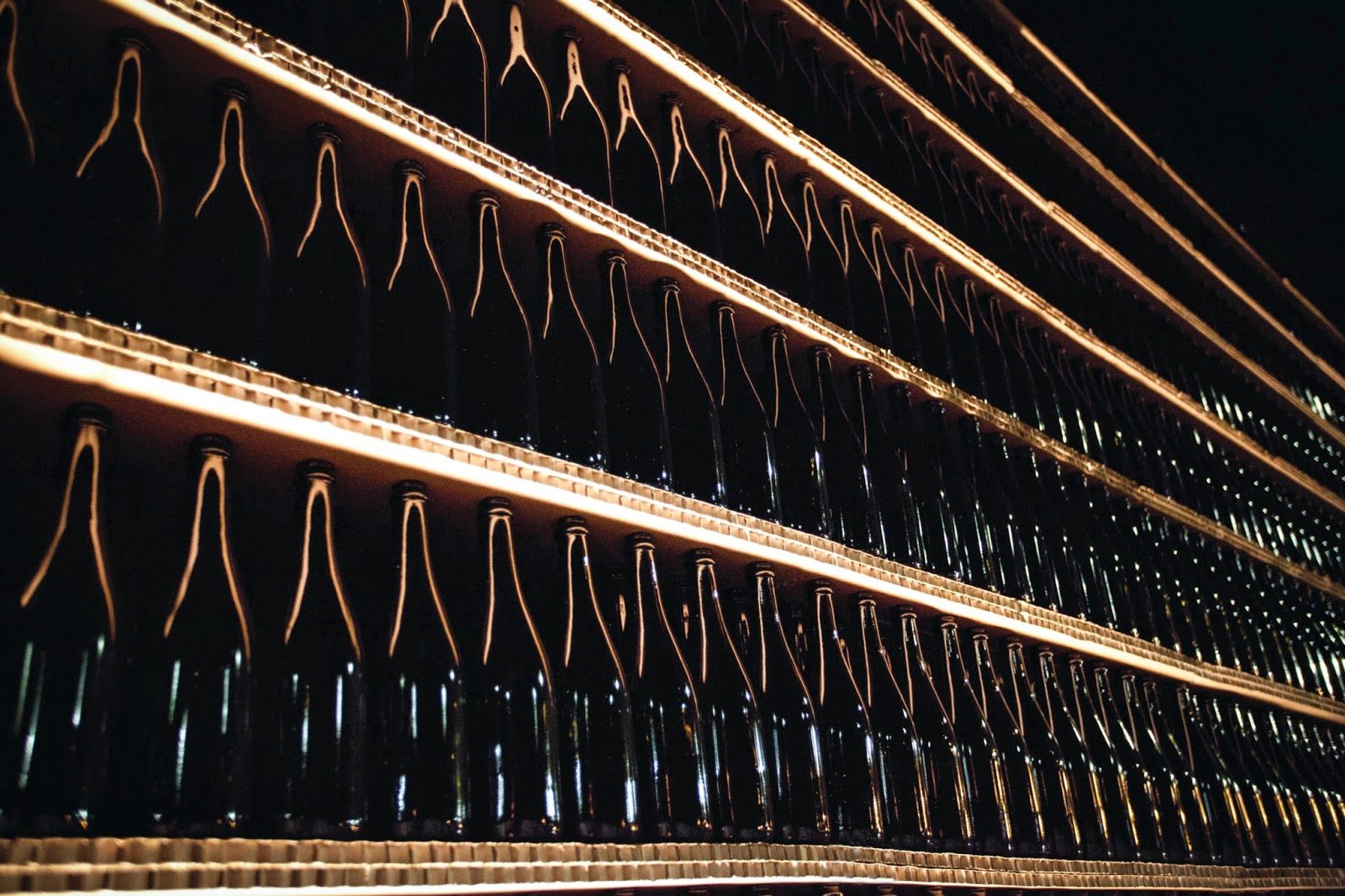 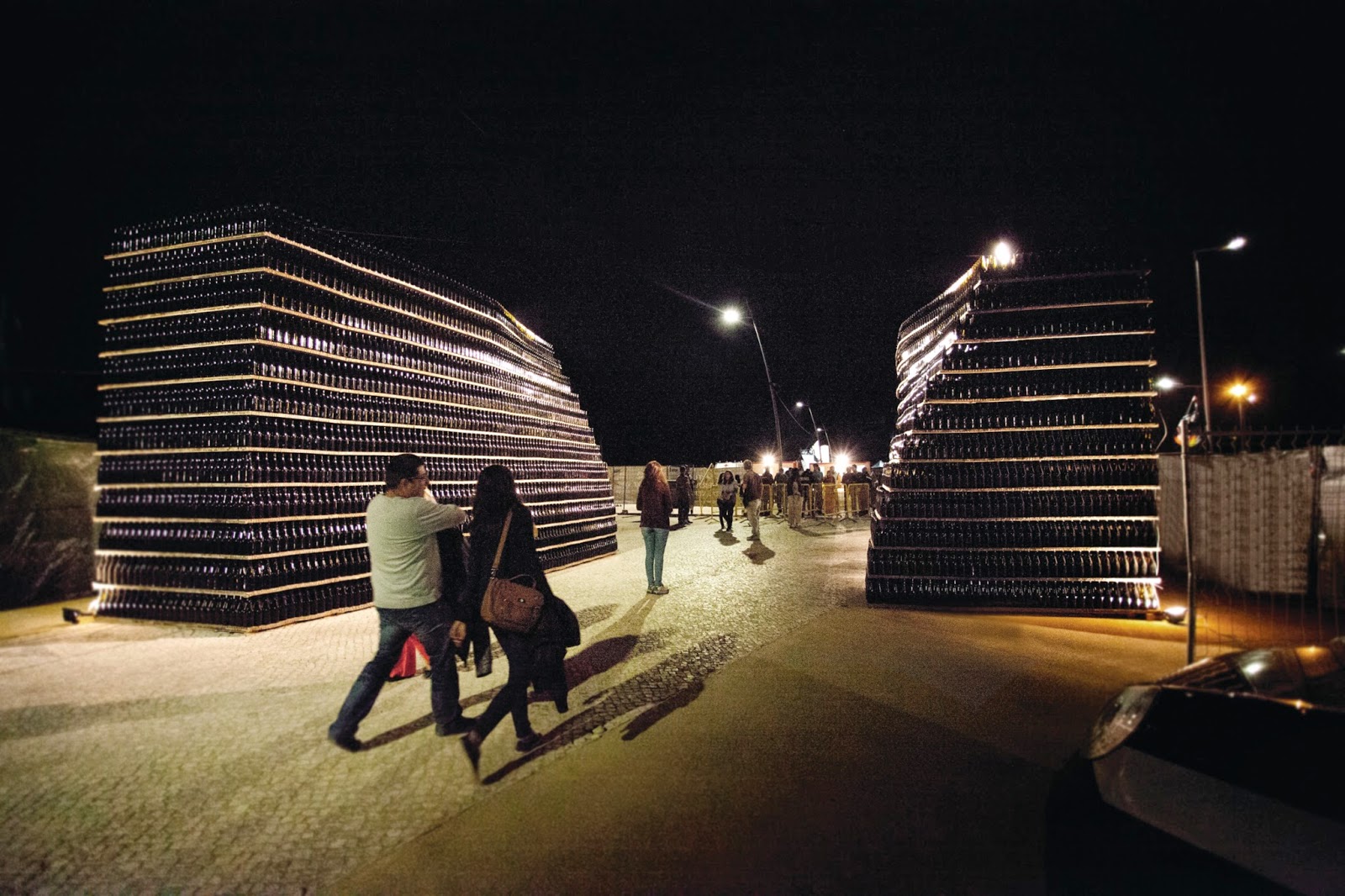 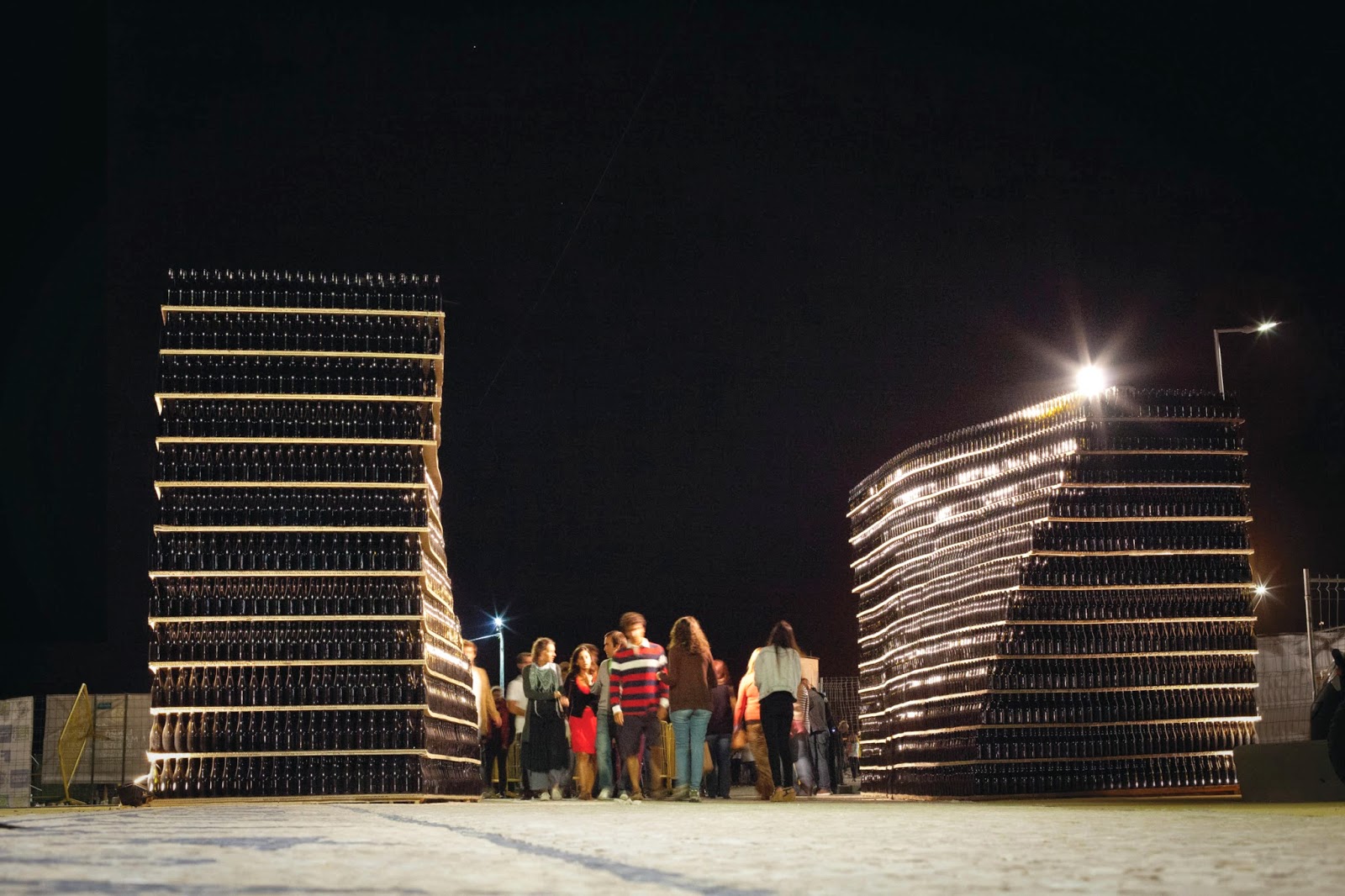 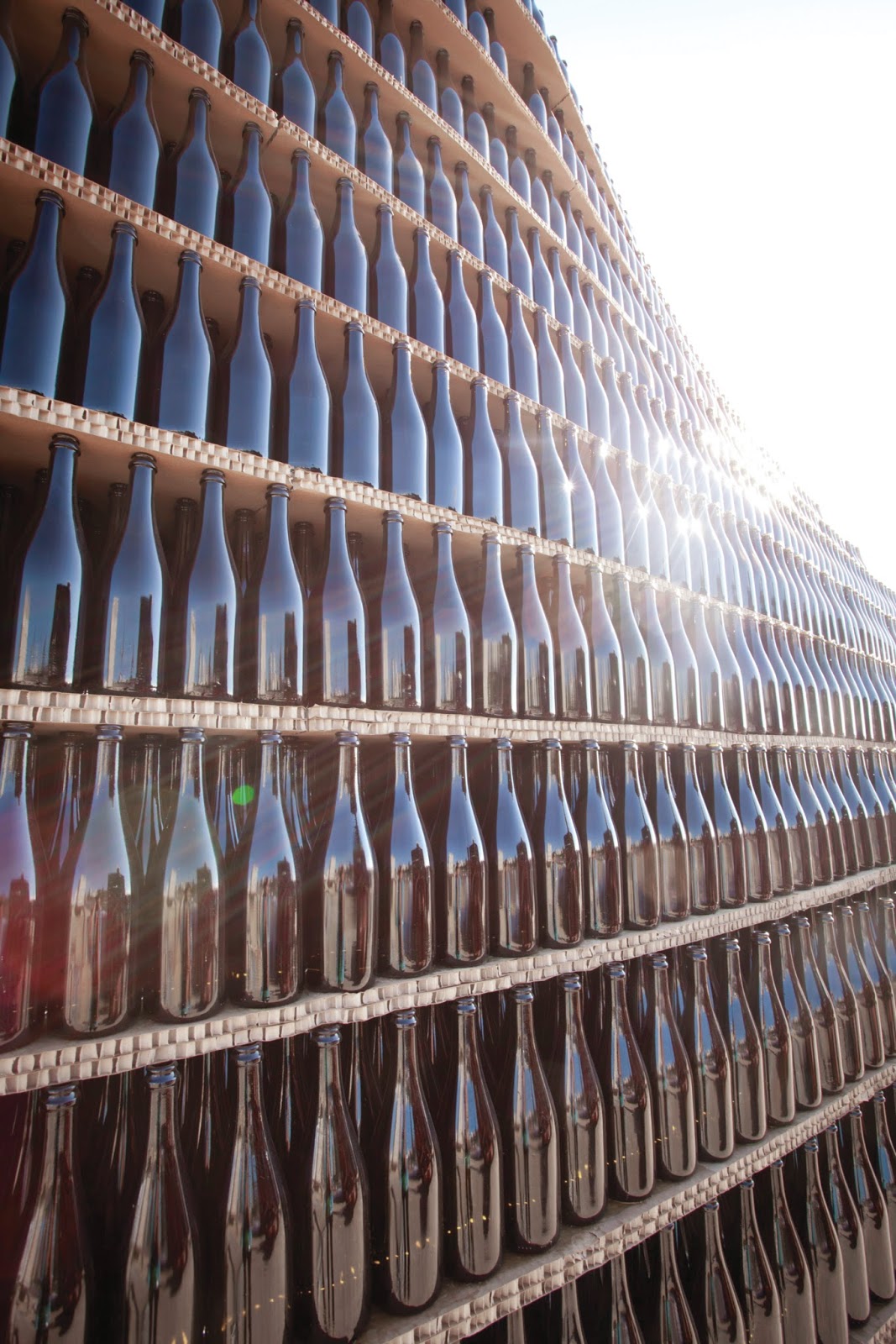 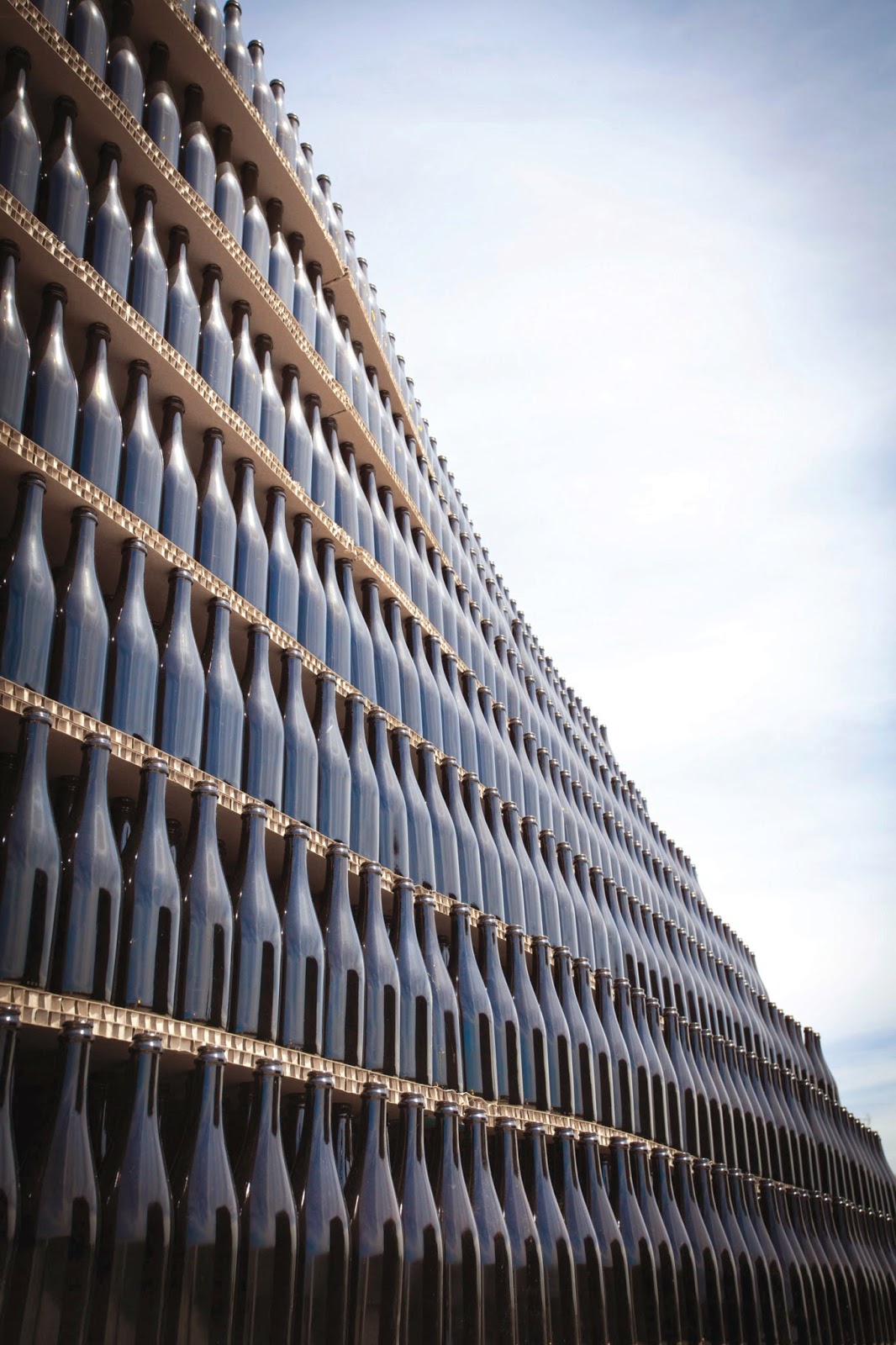 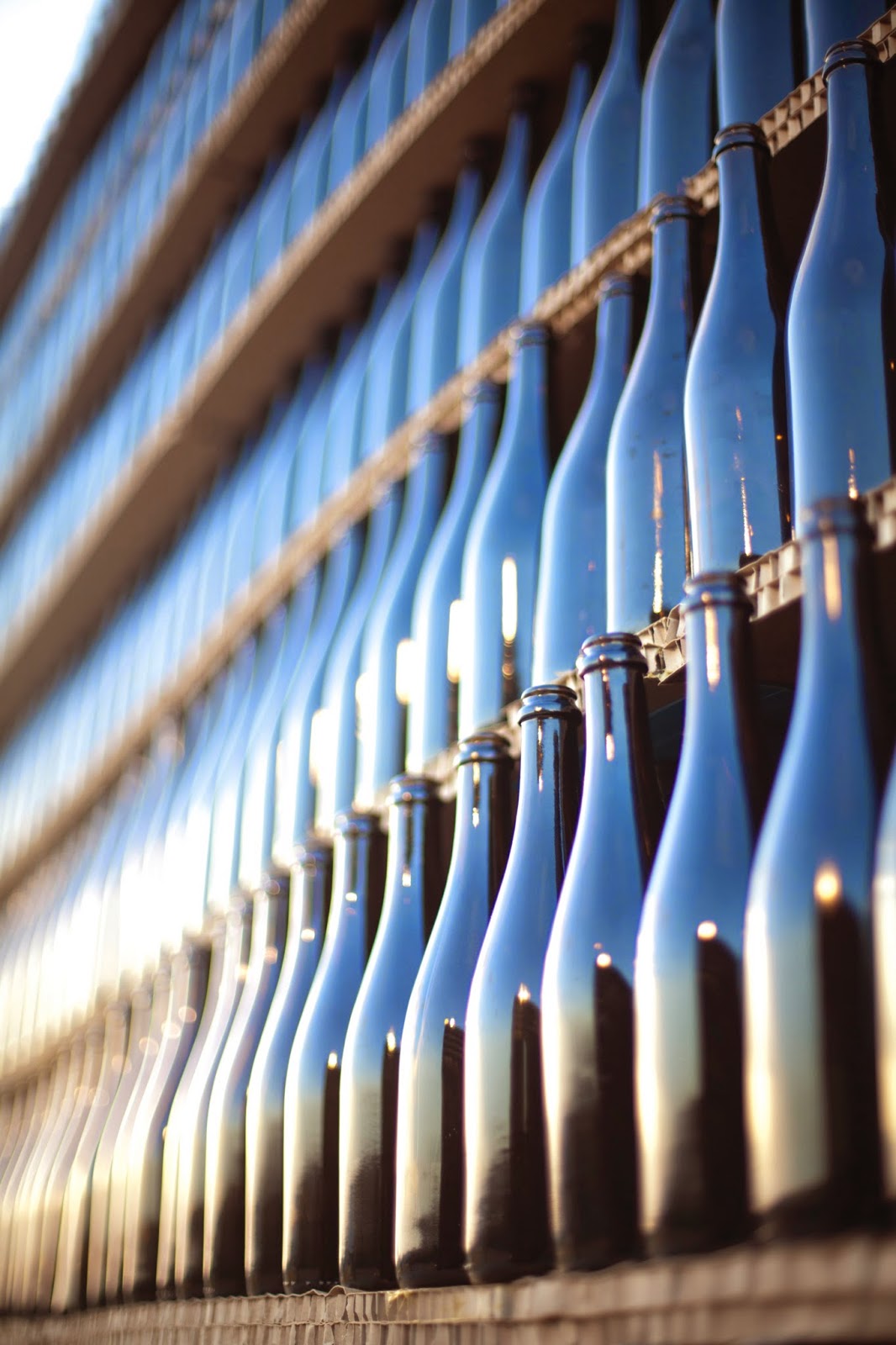 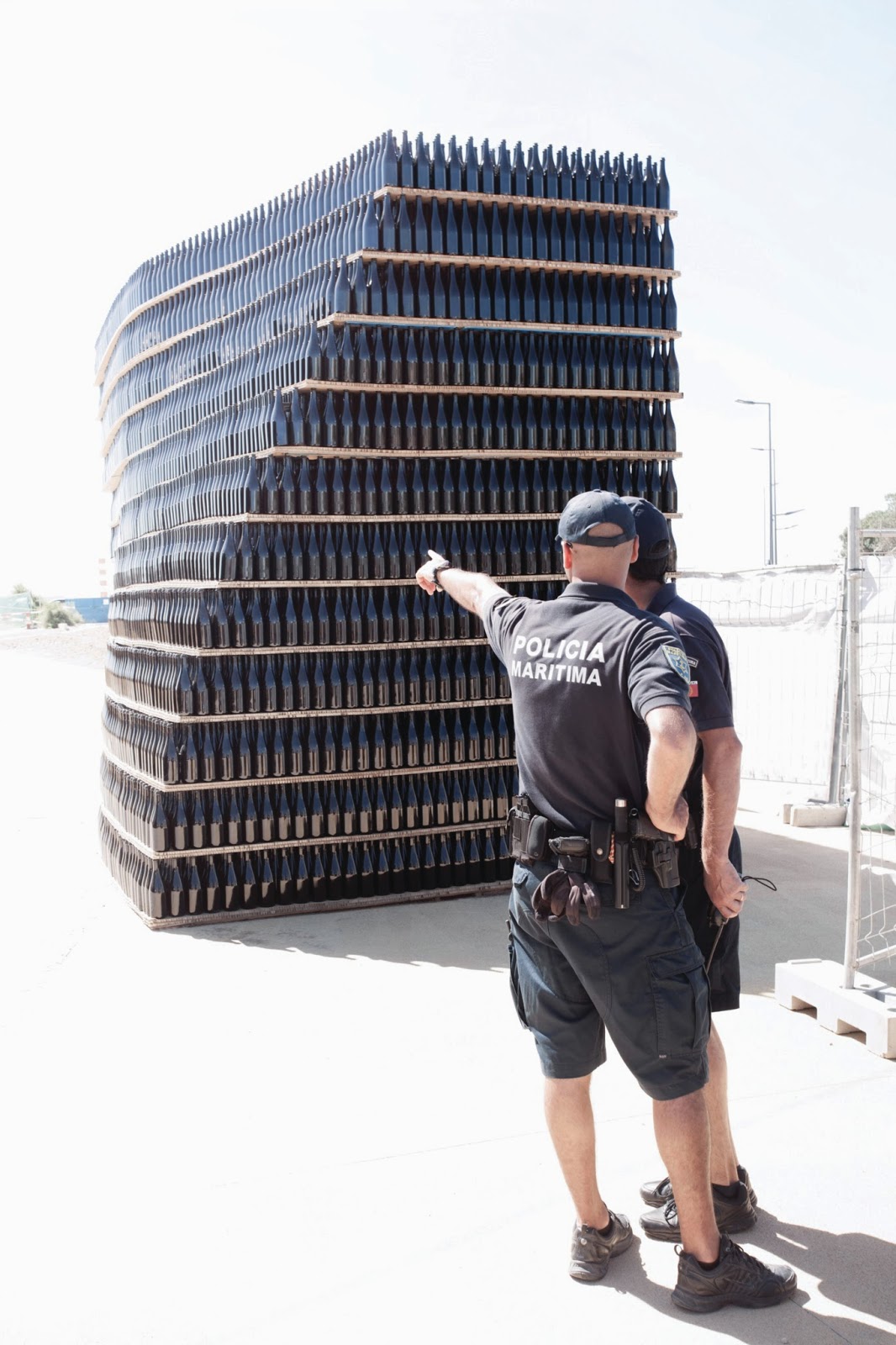 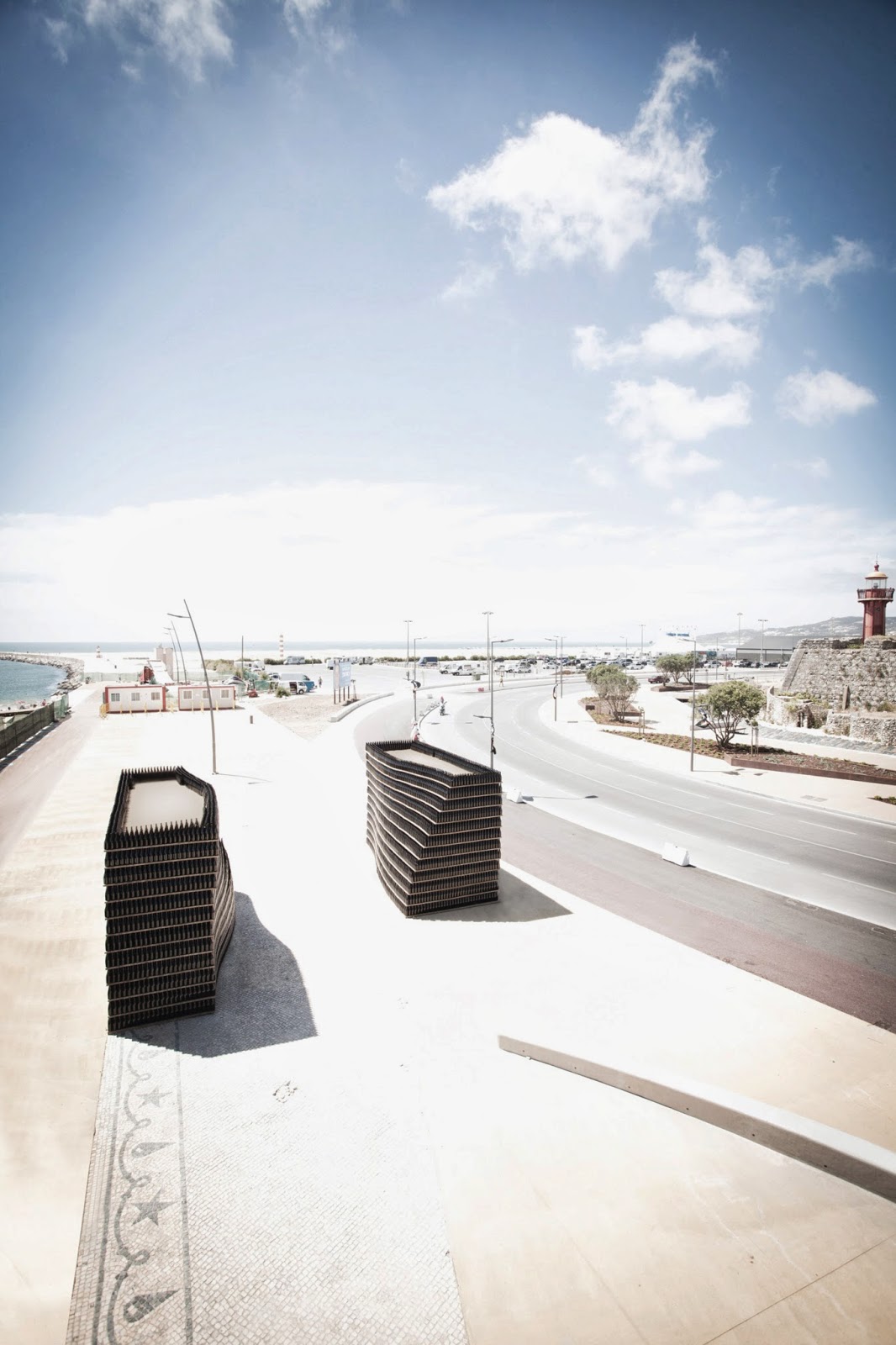 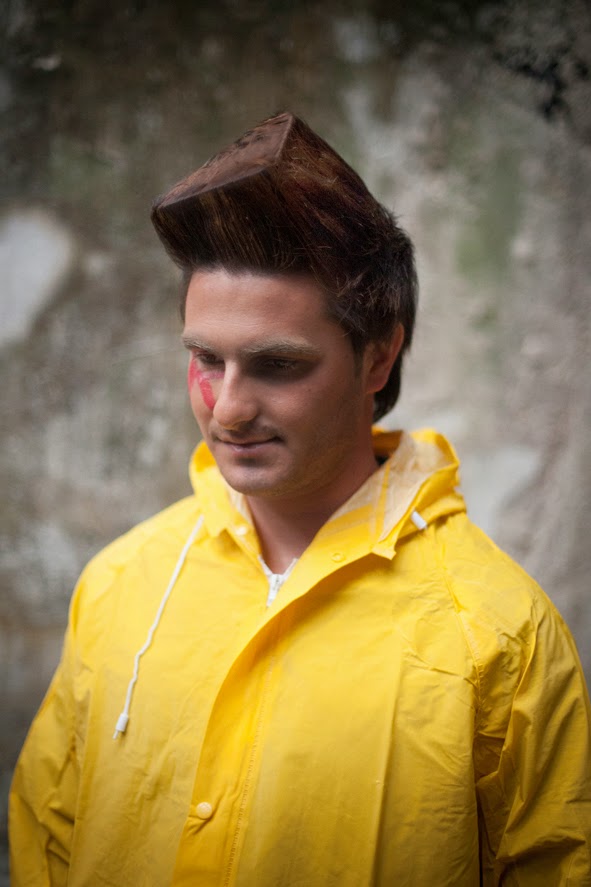 "The HAIRCHITECTURE results from an association between a hairdresser - Gijo, and a group of architects - FAHR 021.3. They propose an idea to merge two creative methodologies, Architecture & Hairstyle.

Hairchitecture 2.0 was inspired in the Brutalist architecture of Le Corbusier, Bo Bardi, Niemeyer, between others. A theme presented in four essays that explore some of this trend elements, from linear forms and organic structures to sharp volumes. The research began by finding the architecture some very strong moves in terms of form and materiality, we consider Hairstyle a way to play raw materials, structures and form. Brutalism privileged structural fact of the buildings, to never hide their structural elements. Despite the harsh criticism of the Brutalist "unnecessary ornamentation" in many cases they find themselves in situations formalistic in the extreme." 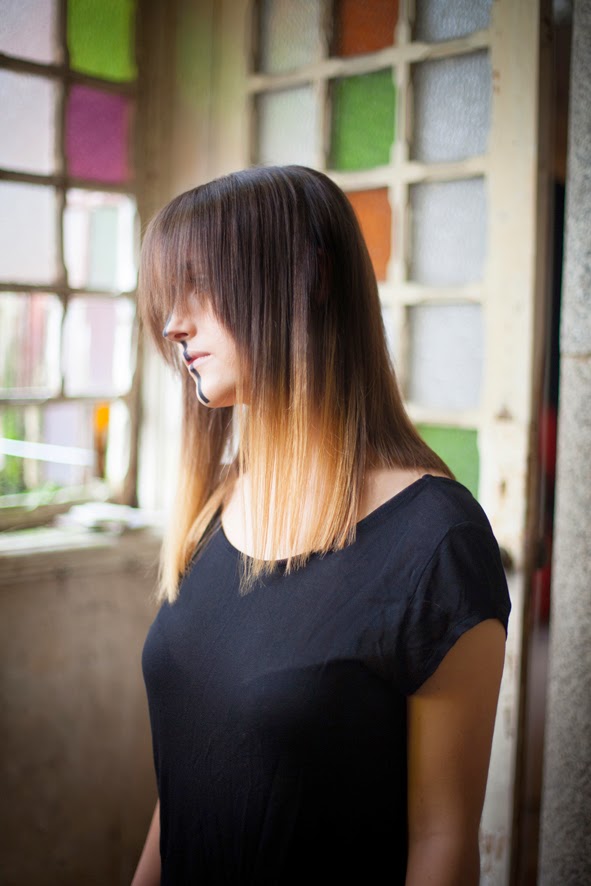 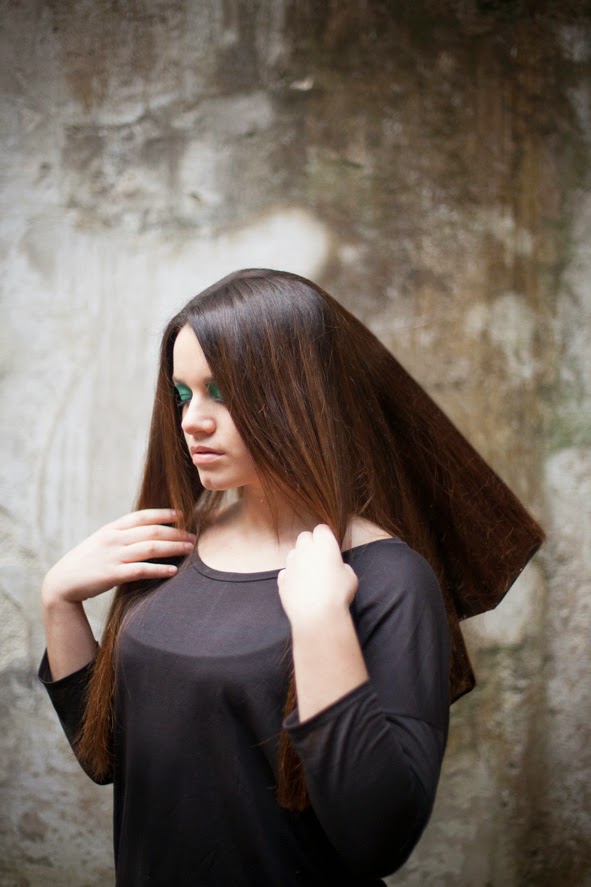 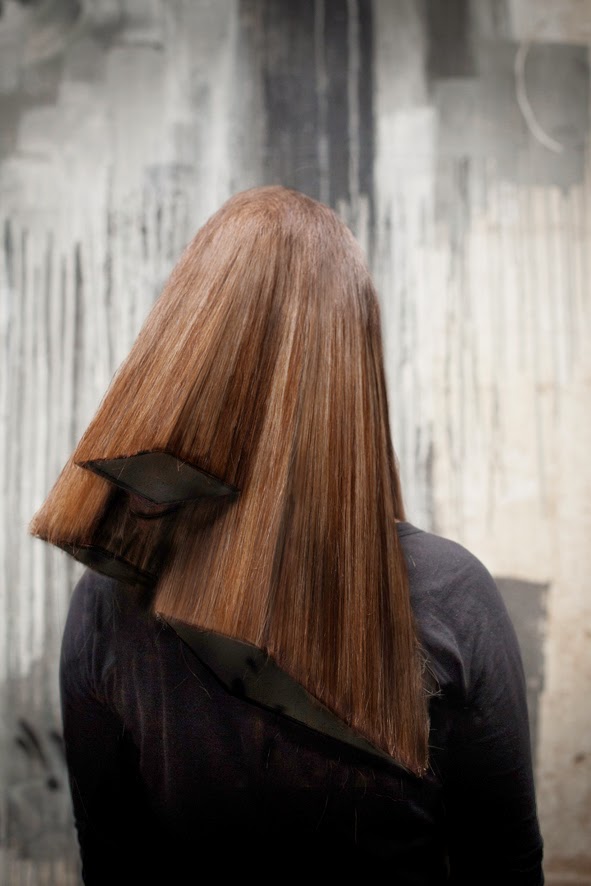 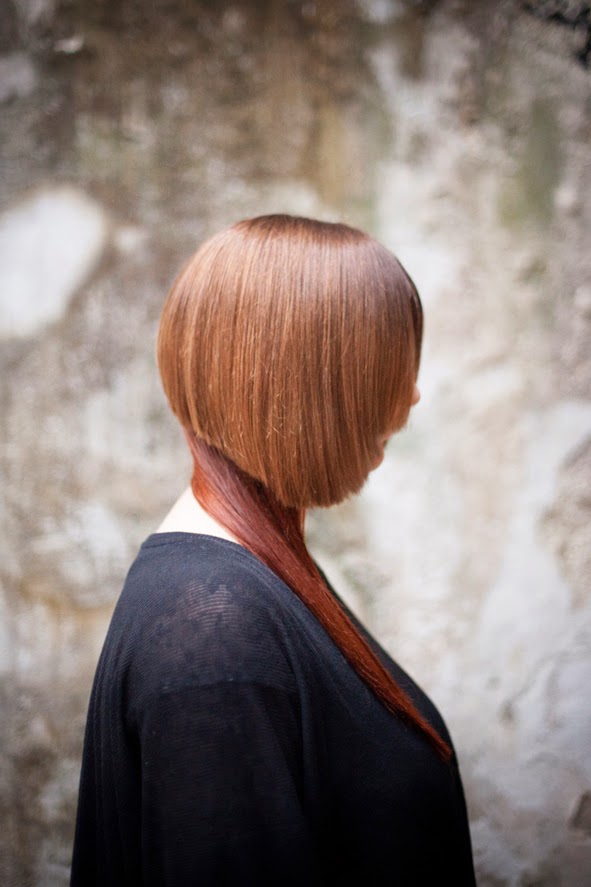 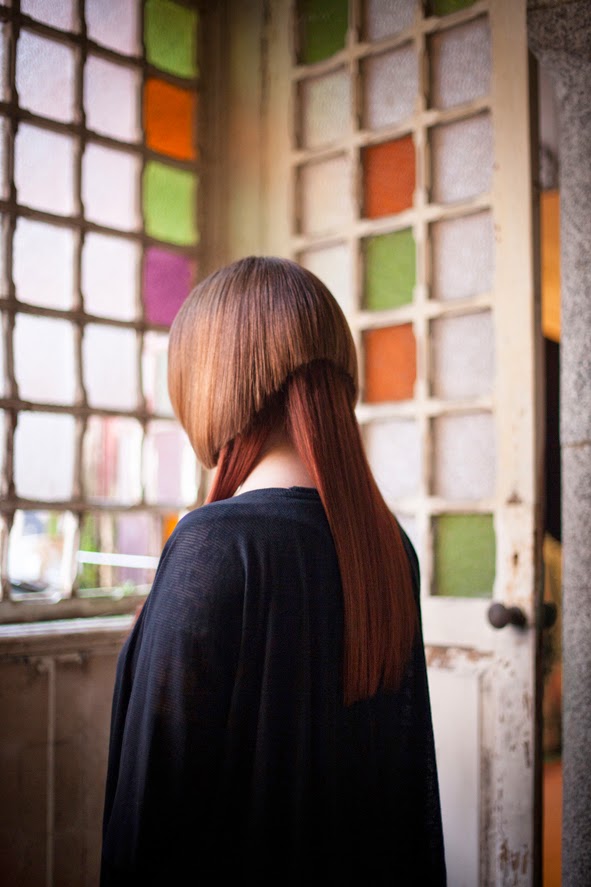 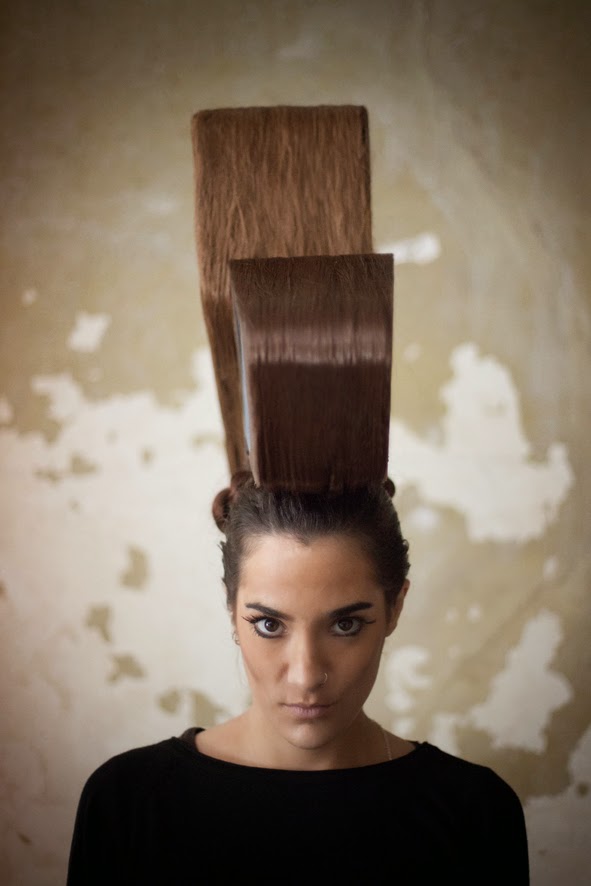 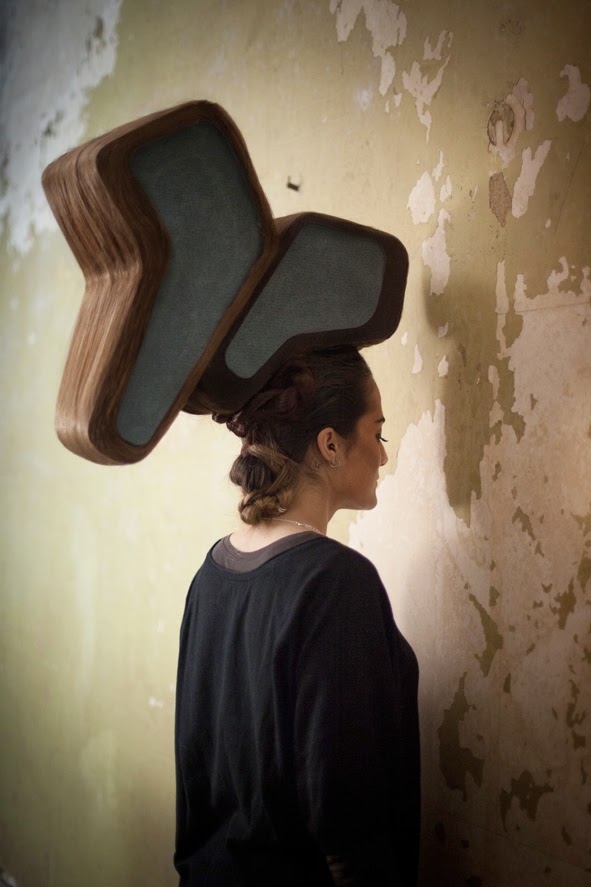 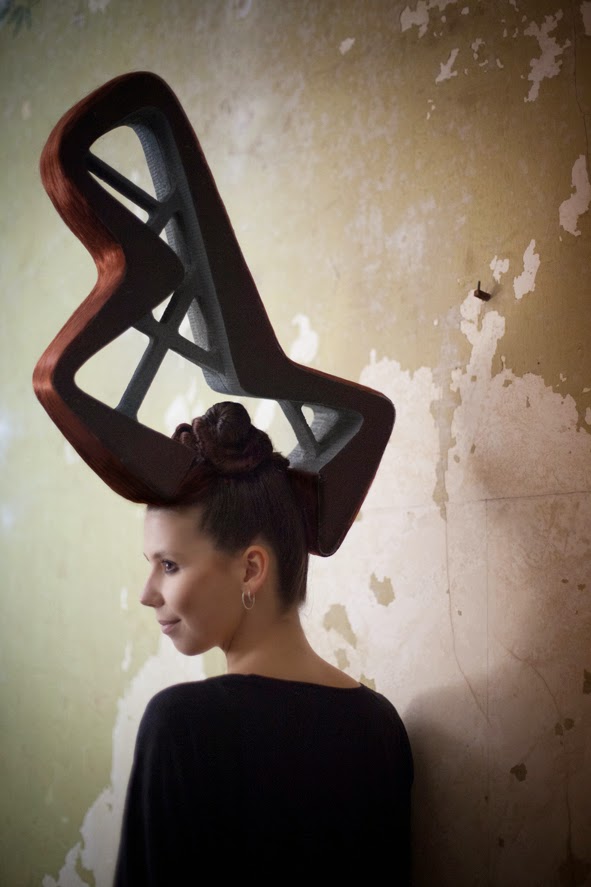 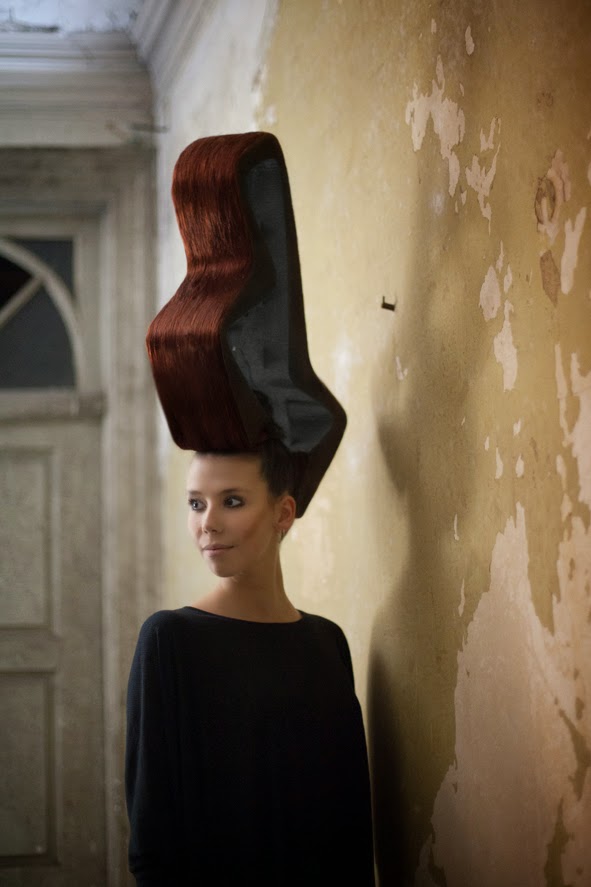