Project's description on ARCHDAILY [by the architect]:
"The client wanted a painting and sculpture studio of around fifty square metres as an extension to the existing house and studio situated just a few metres away from the land to be used for the new structure.

The narrowness of the plot and local regulations considerably affected the form of the building, which stretches out narrowly along the length of the meadow. Its unusual shape allowed the door and window openings to be placed to give a focus on the valley and on the mountains opposite. Outside, the studio extends over a terrace that is related to its surroundings and creates a visual connection with the existing house. Other rooms, such as the wood store in the basement and the small garden storage area, were added as the project developed. The access points to the building were positioned along the length of the steeply-sloping ground so that it was altered as little as possible. The same applied to the roof, which likewise follows the incline of the plot.

The material highlights the rocky backdrop, while complying with the regulatory requirement for 30% of the façade to be of wood. For this reason, the concrete used was not only lined with lengths of wood, but also had box-outs enabling lengths of weathered-finish wood to be fitted flush to the outside wall subsequently. The fluid transition between these two materials defines the unity of the structure. Inside, particular attention has been paid to the use of a neutral finish on the walls, which is why they have been insulated on the inside, covered with plaster and painted white. The storage shelves, benches and sinks were cast in situ, uniting the external wall of the studio with its interior to form a harmonious whole." 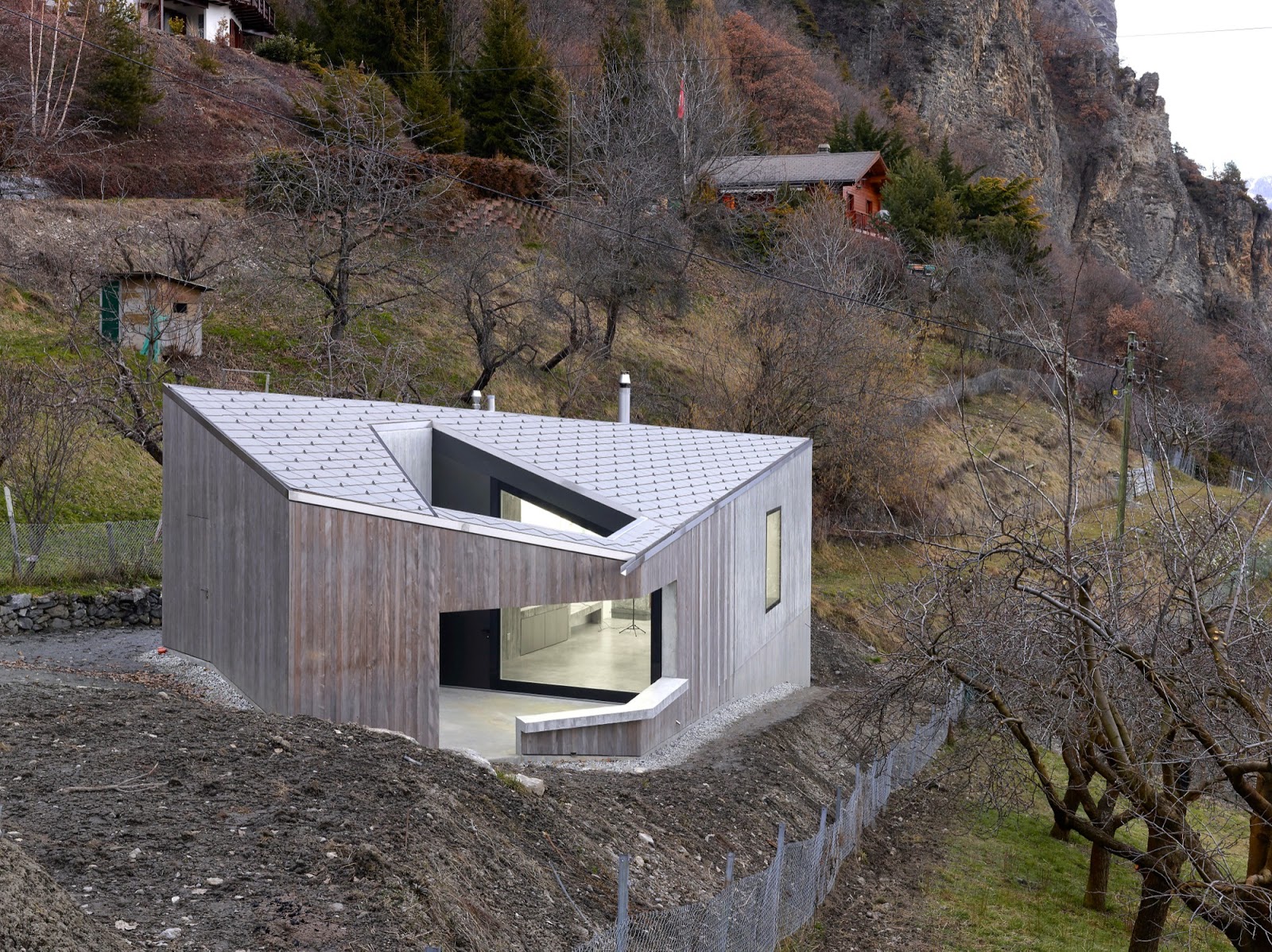 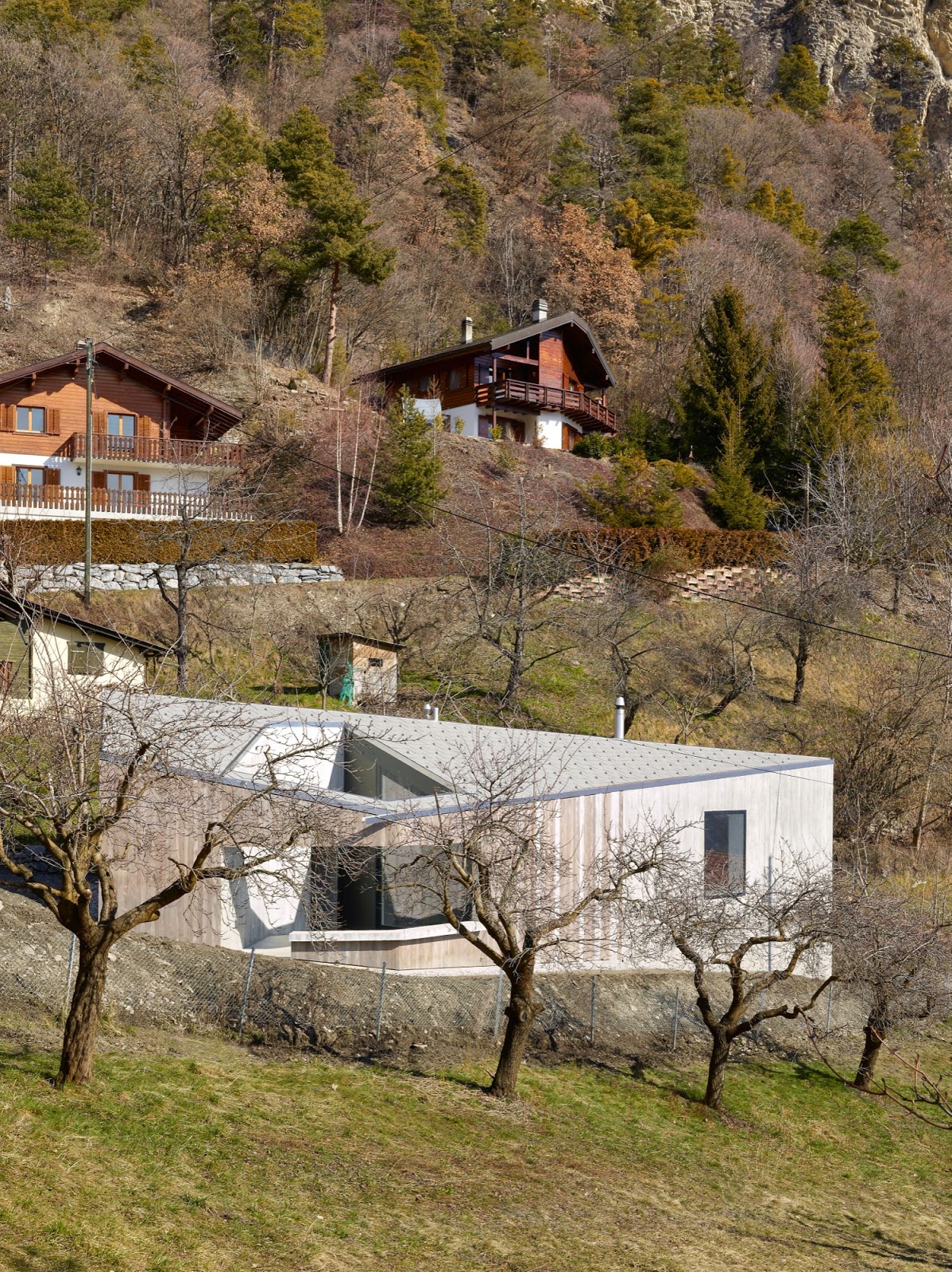 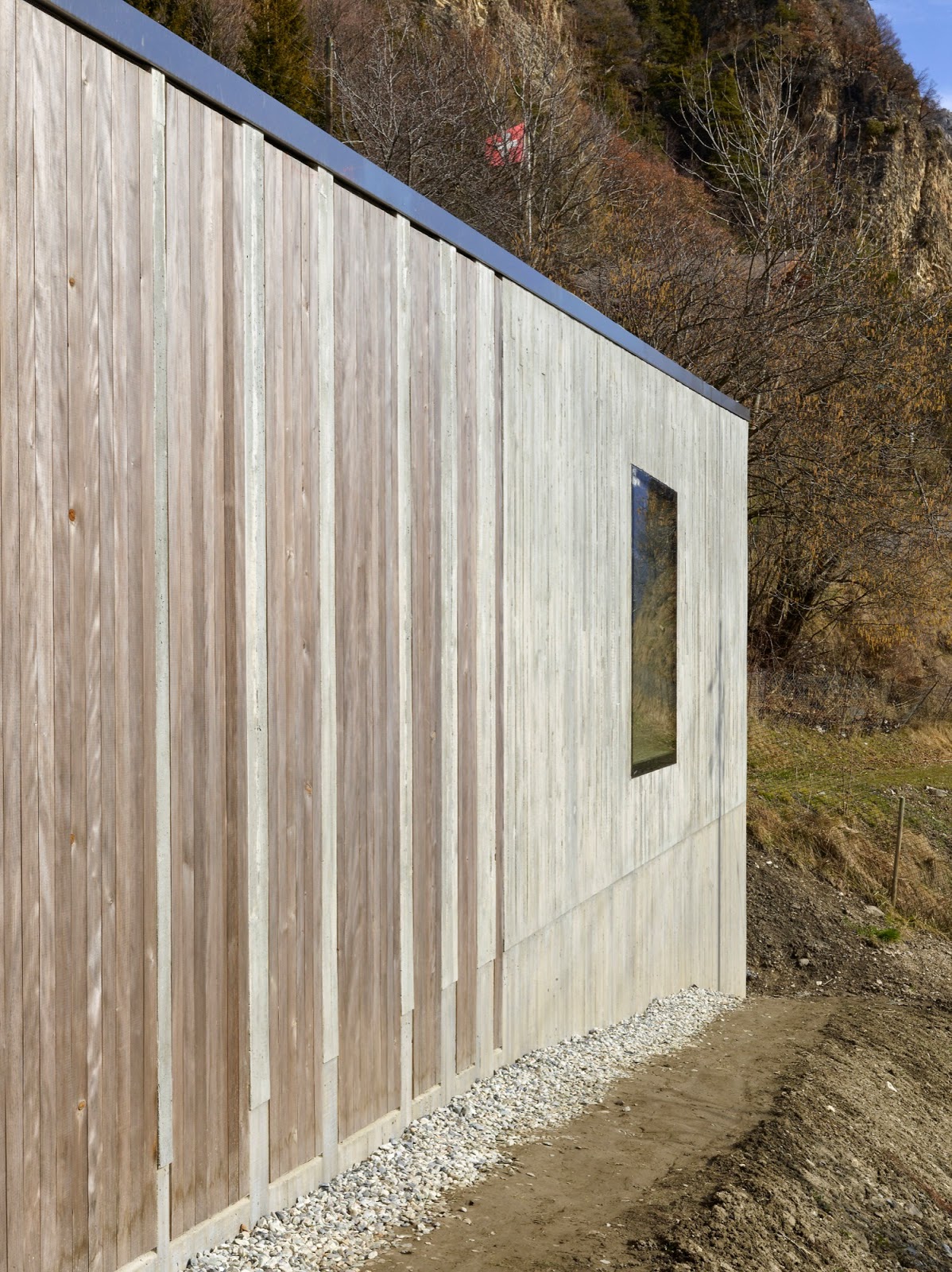 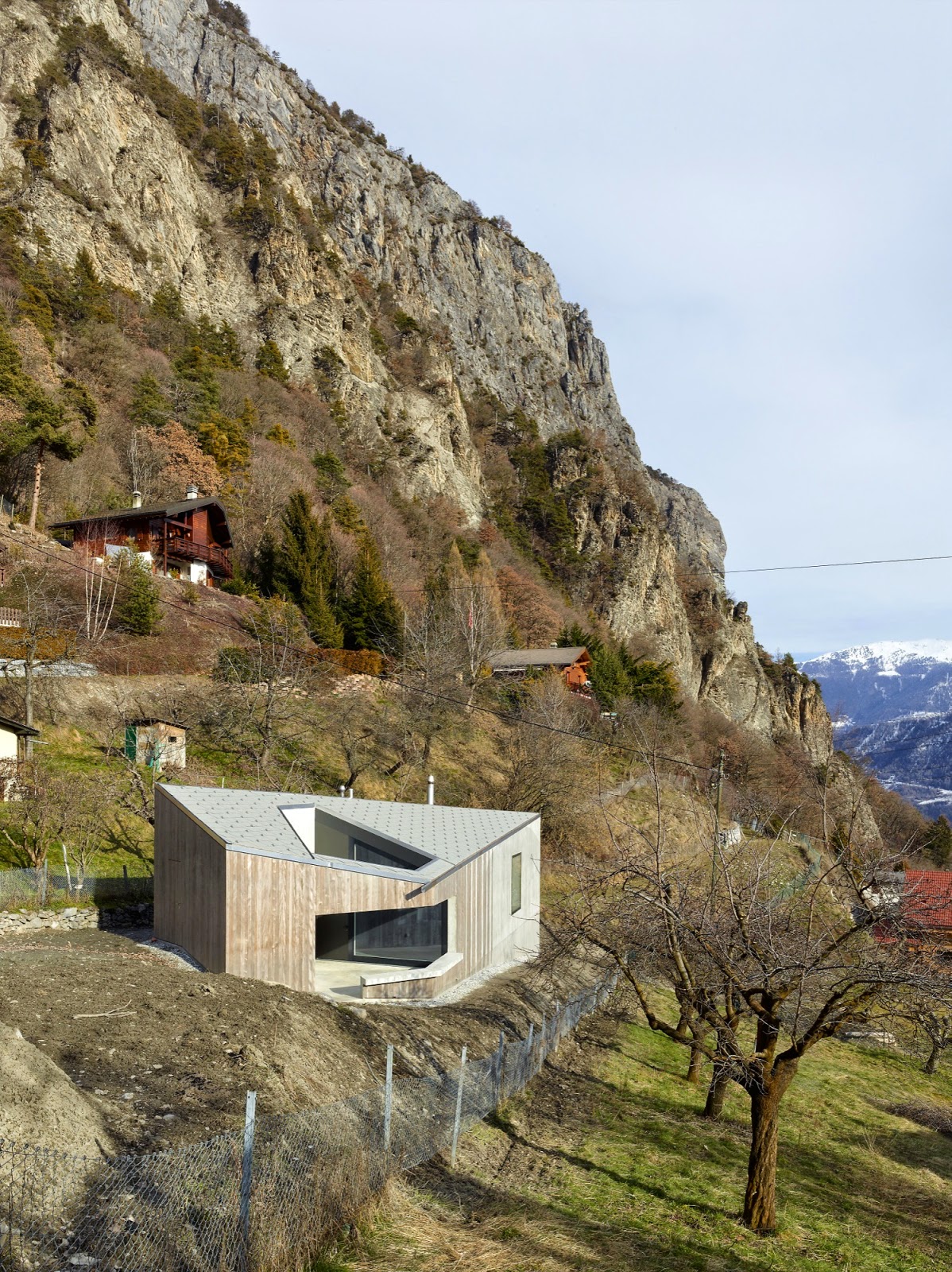 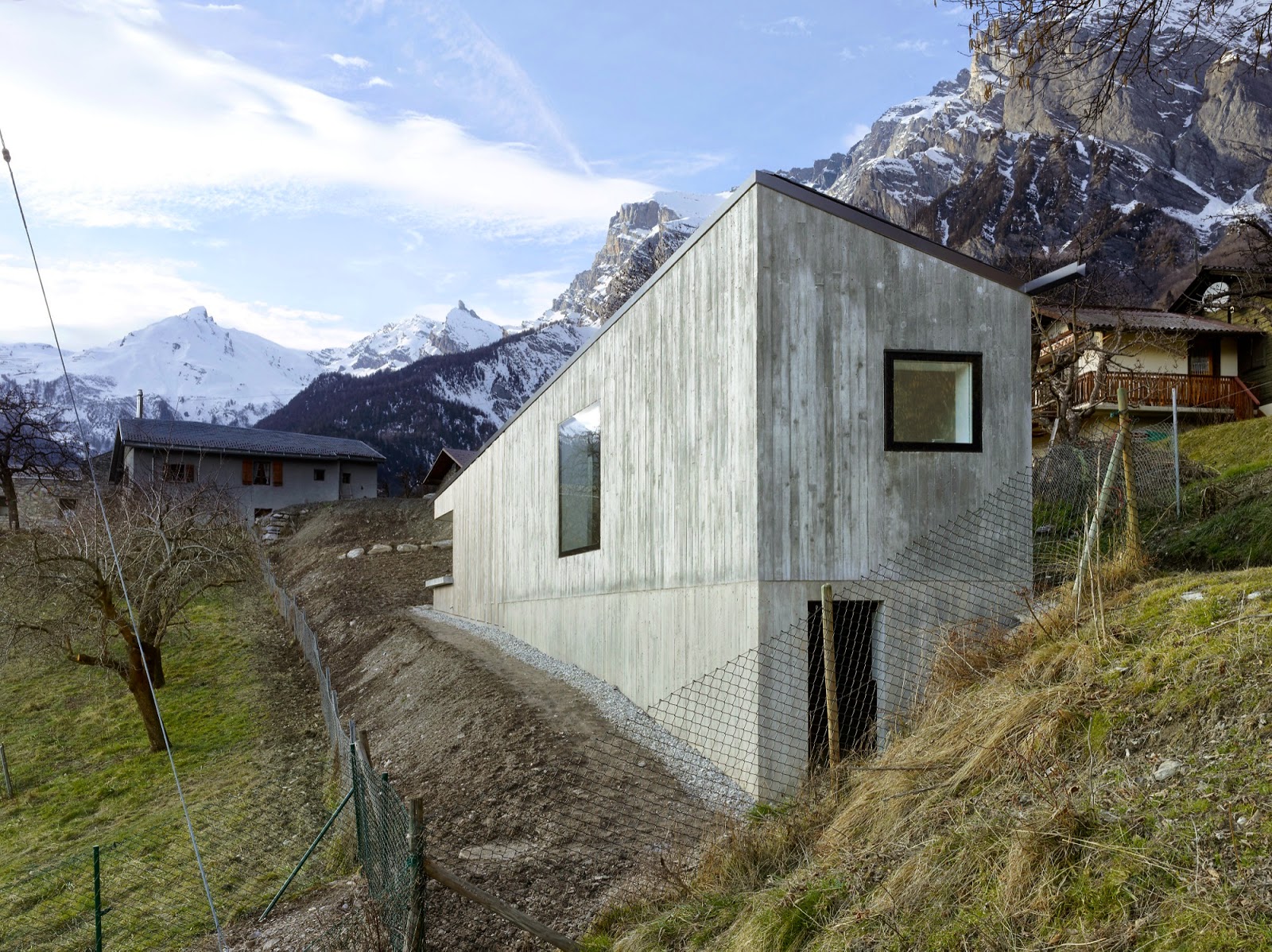 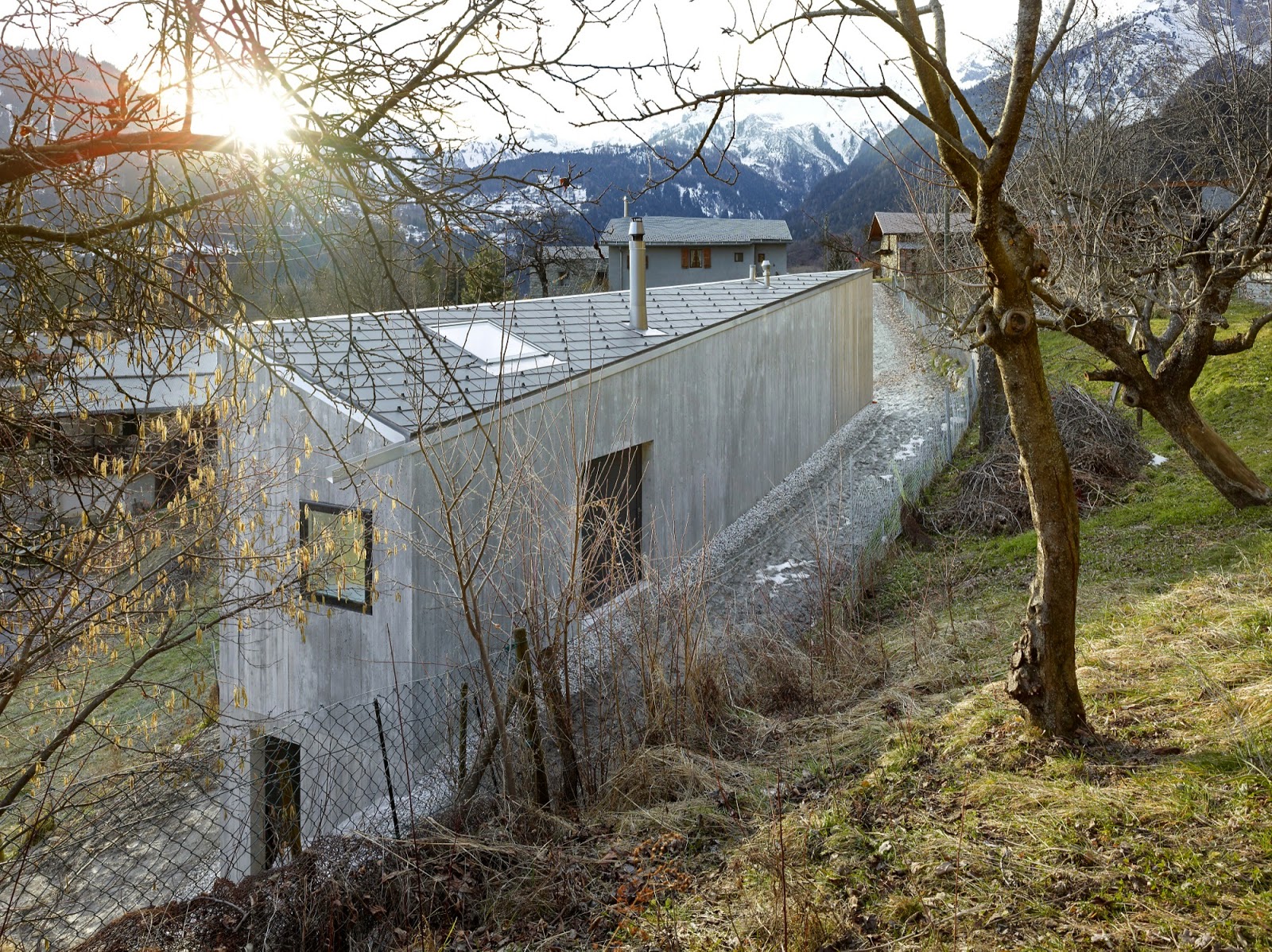 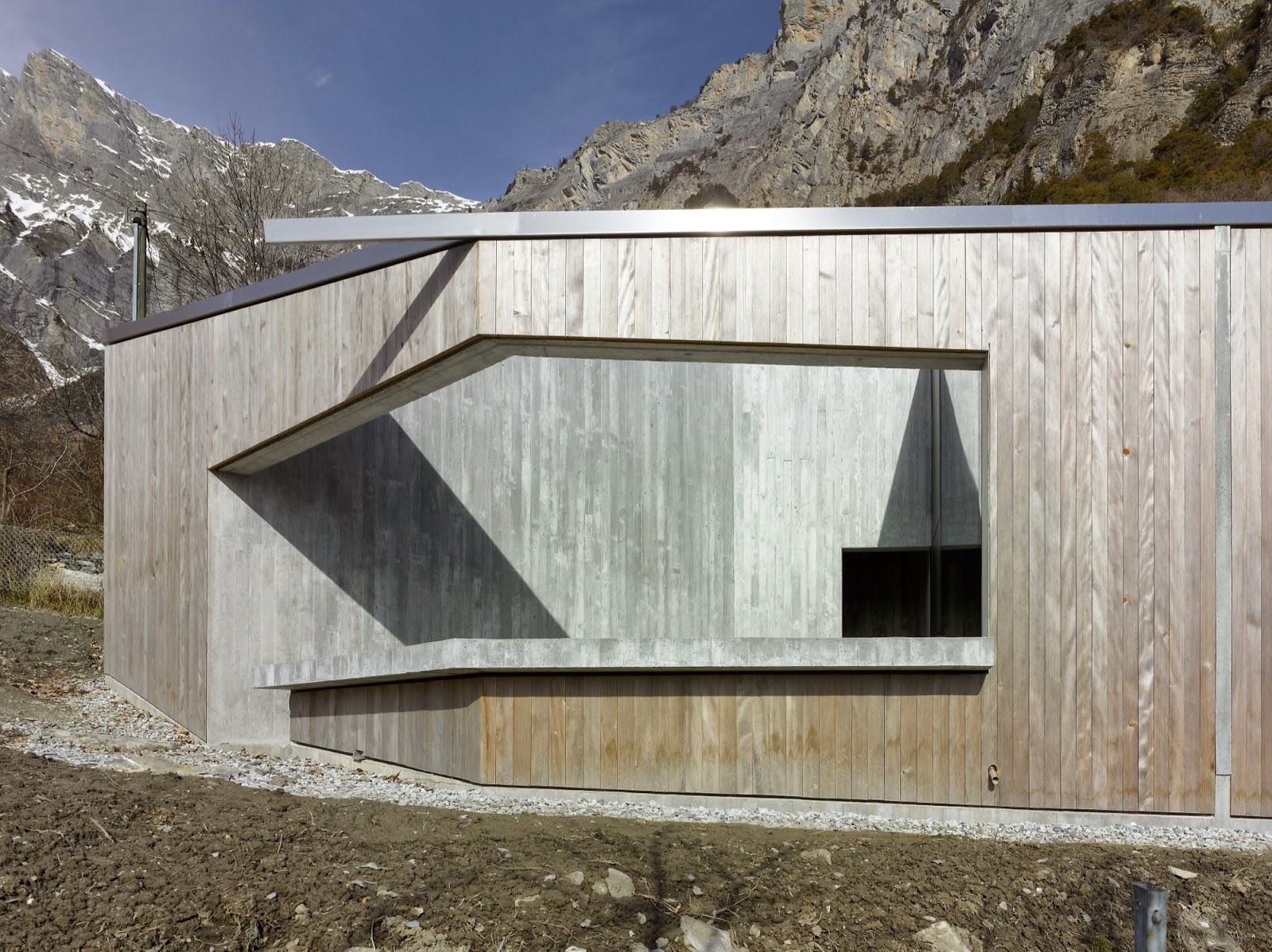 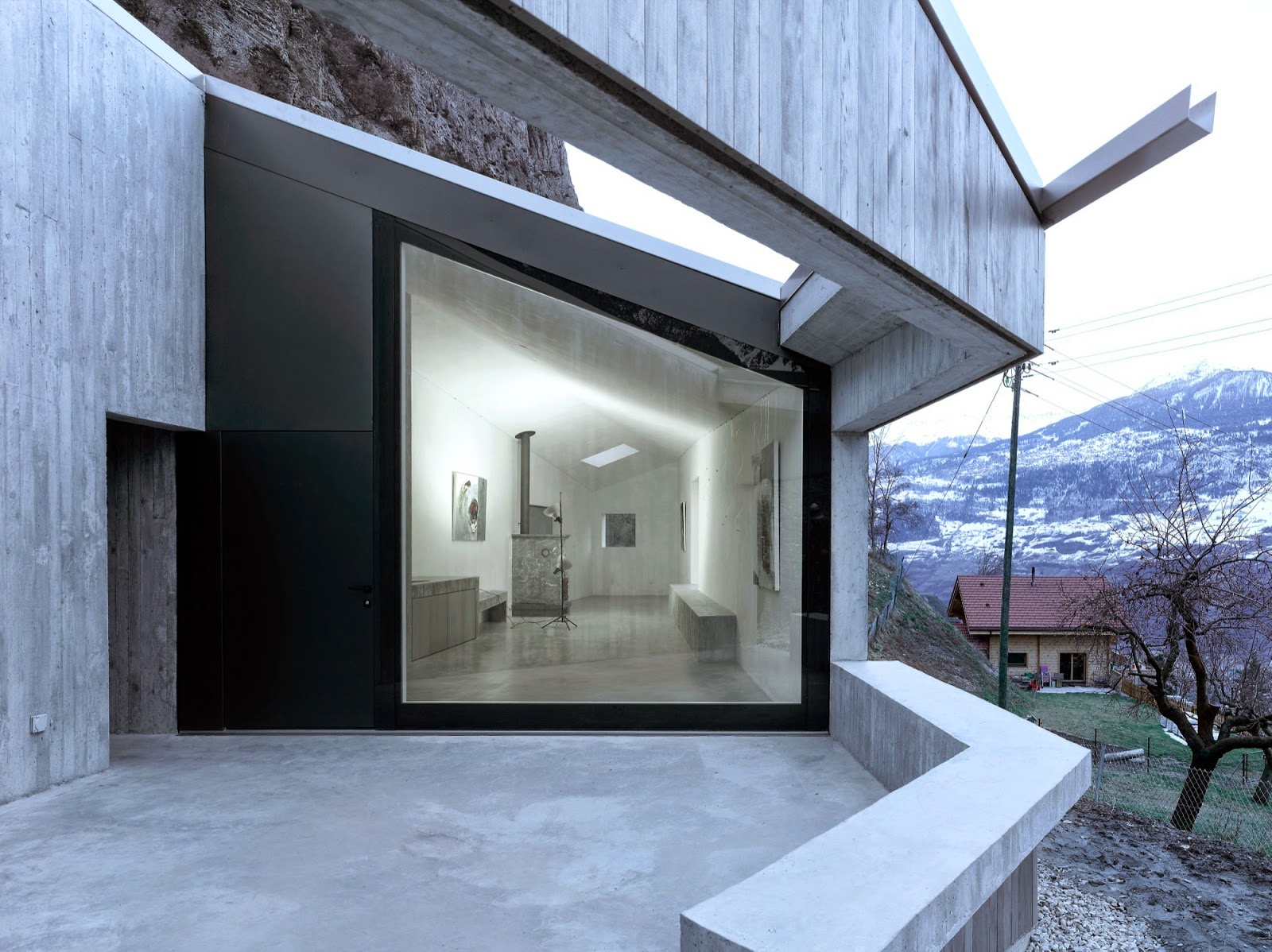 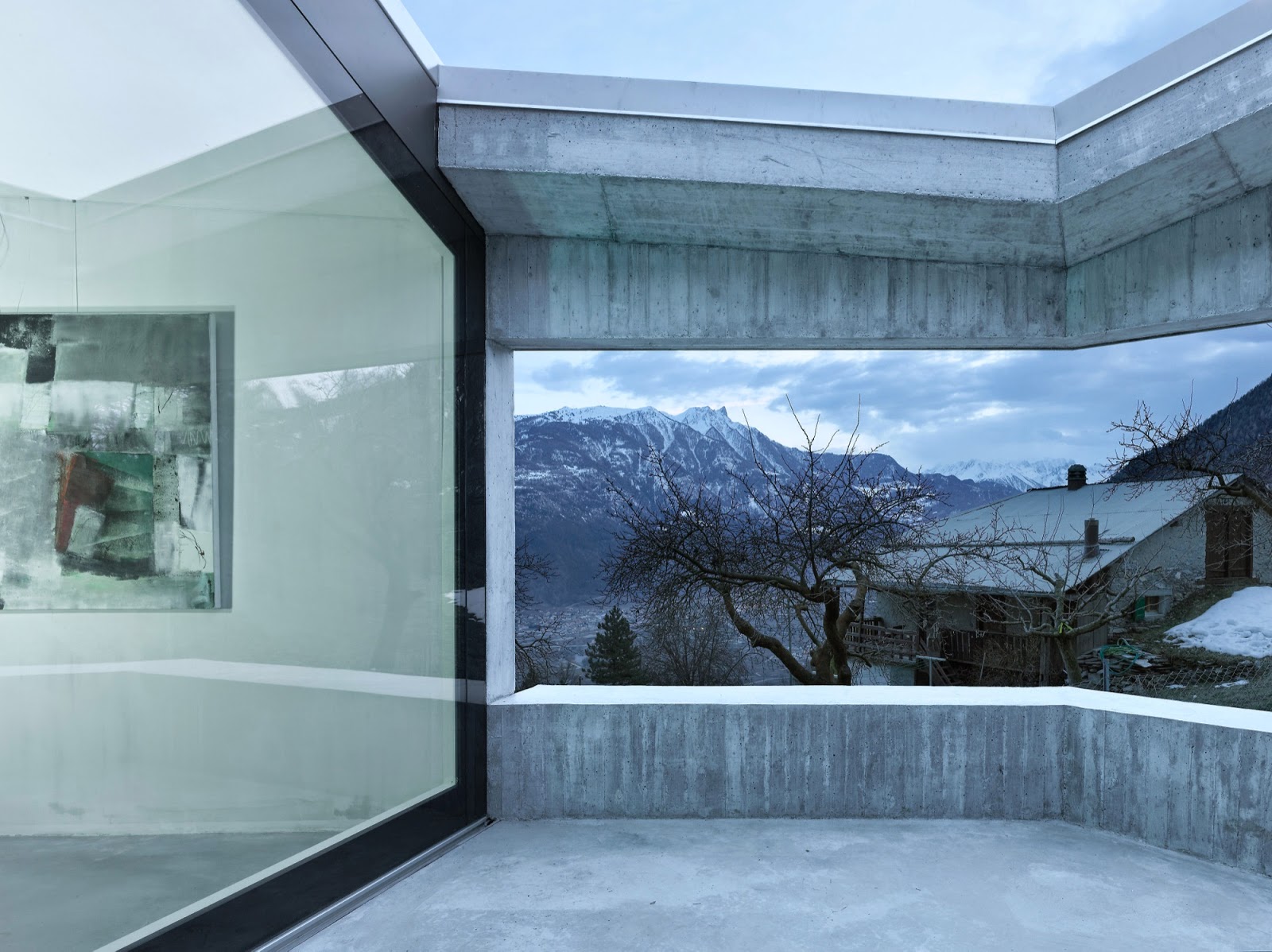 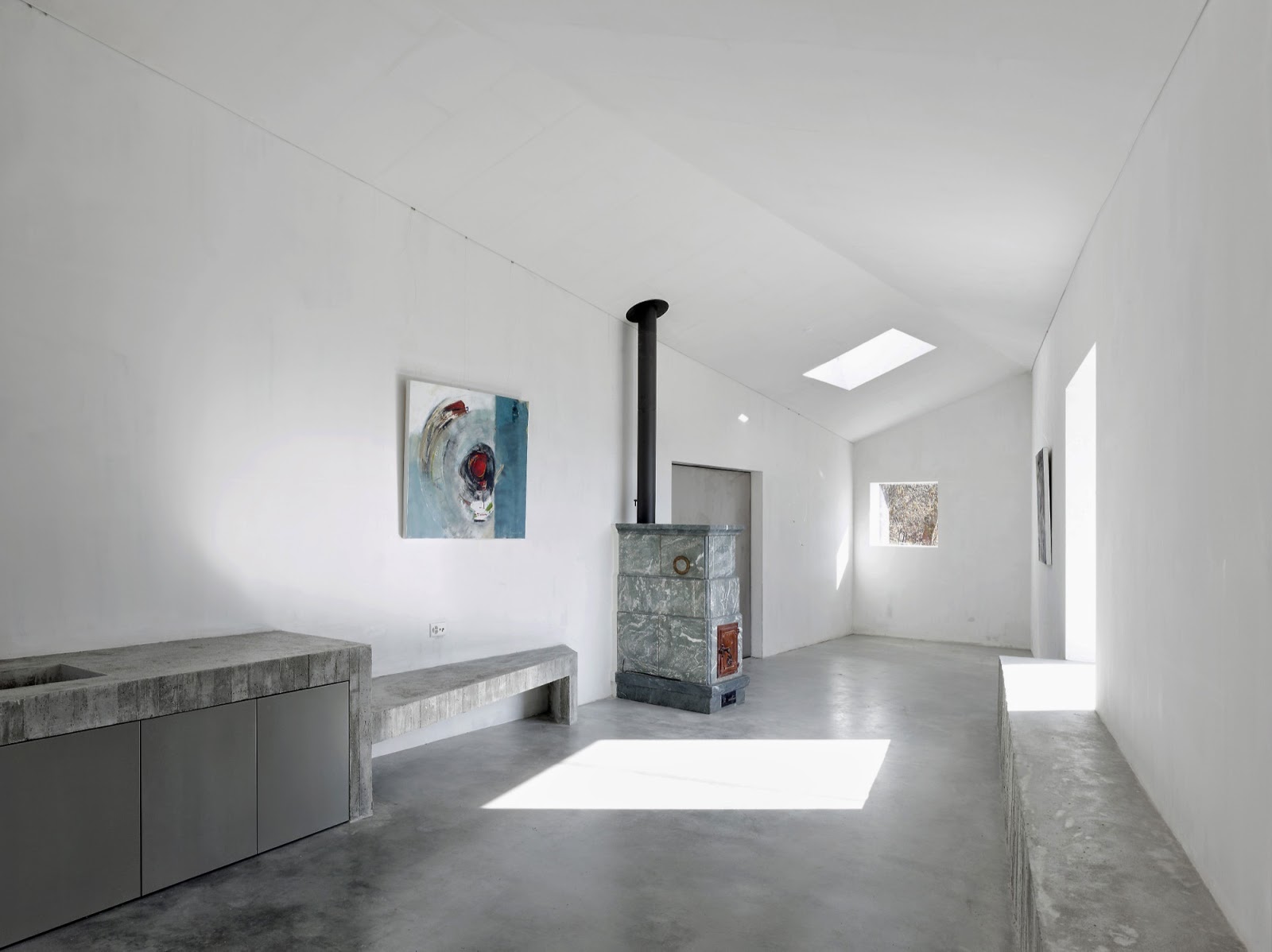 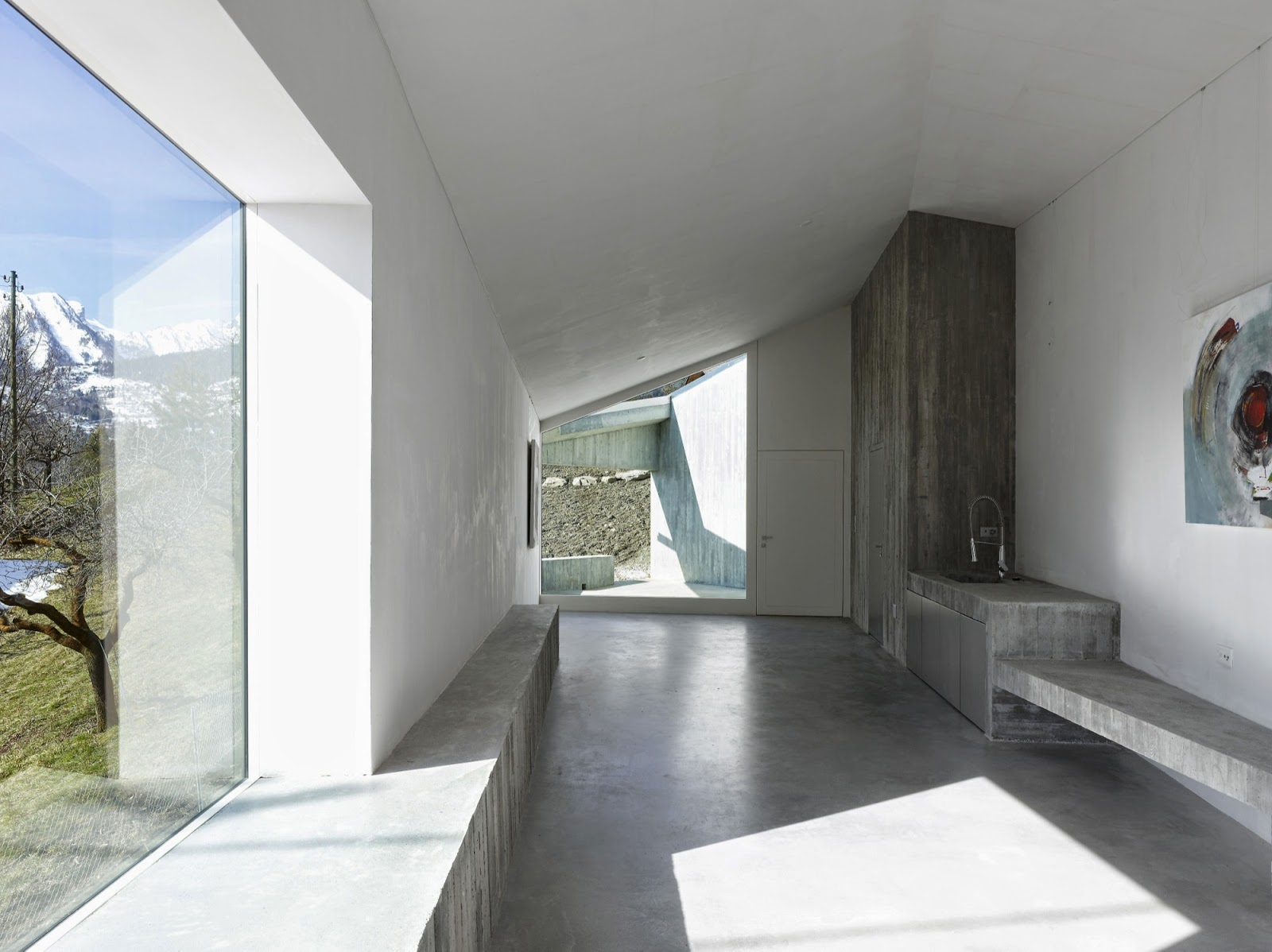 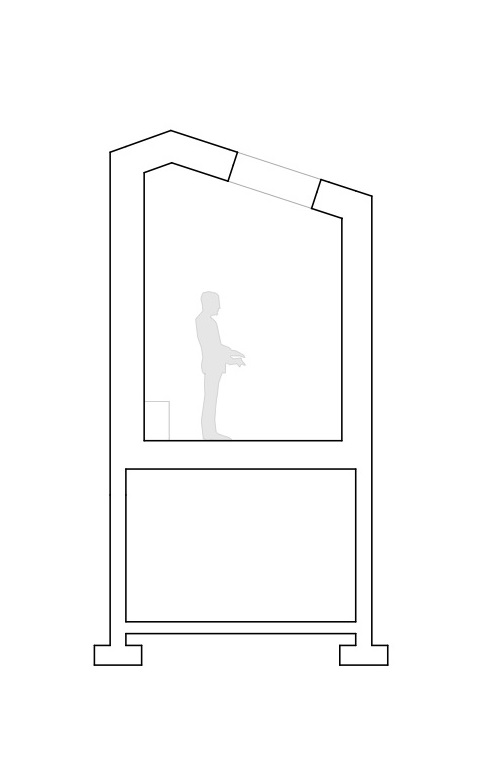 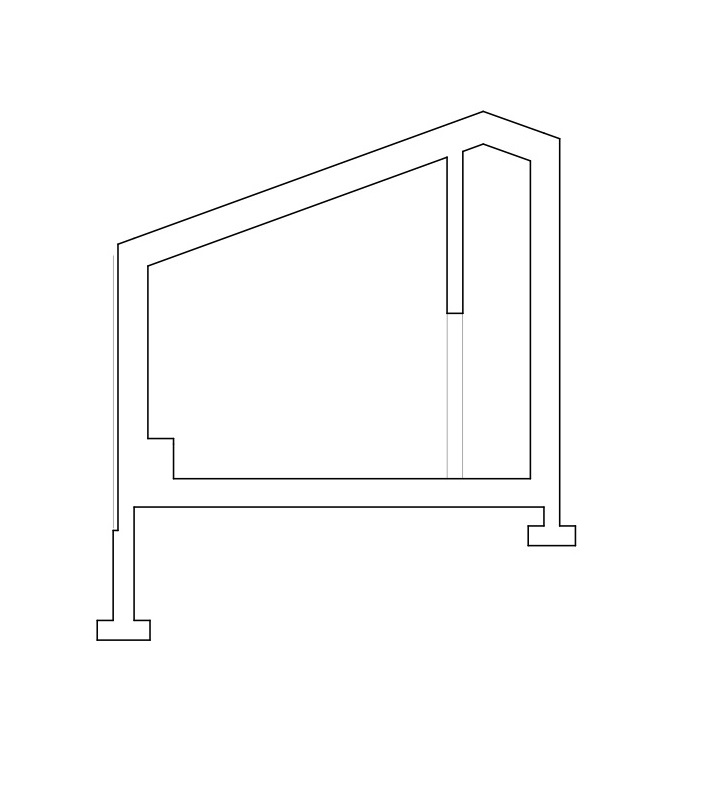