"Athletic Club of Bilbao is one of the big clubs in European football and its previous stadium, over a hundred years old, was one of the legendary ones, popularly referred to as the cathedral of football.

Located practically in the same place as the existing one, the new stadium overlaps with the old San Mames. This fact forced its construction to be carried out in two phases in such a way that it prevented the team from having to play away.

One of the main challenges in the design of the New San Mames was maintaining the intense and magical football atmosphere of the old Cathedral. This effect has not only been sustained but increased, thoroughly satisfying the demands of one of the best fan bases in the world.

The location of the new stadium, at the end of the urban mesh of the expansion district of Bilbao, peeping over the estuary with privilege, turns the building into a piece of architecture that must be introduced categorically and with force, but at the same time, respecting the rest of the buildings that make up that area of the city. From this reflection comes one of the first aspects borne in mind for its design. That is, the perception of the erected construction as an urban building, in relation to the others and not just as simple sports facilities.

It was intended for those stadium areas that are traditionally worthless to become valuable. These are located between the stadium’s perimeter and the rear part of the stands and constitute the circulation areas through which you can access and exit the stands, which are, after all, the main part of the whole football stadium. In order to give these areas an added value, the strategy of the project consisted of, not only giving them spatial features, but also making sure that they had a very intense connection with the city and the surroundings. For this purpose, a basic element that will surely give character to the New San Mames stadium is put into play on the façade. This is, the repetition of a twisted ETFE element, giving the elevation energy and unity. This element will be illuminated at night, thus creating an urban landmark over the estuary, projecting a new image of Bilbao from within, thanks to one of the most advanced dynamic lighting systems in the world. The roof, formed by powerful radial metal trusses orientated towards the centre of the pitch, is covered with white ETFE cushions, covering the entire stands. The set-up of the stands is totally focused on the field, maximizing the pressure that the fans exert on the game, just like in the old San Mames, known the world over for being like a pressure cooker where the public would be on top of the players.

The stadium has ample hospitality areas, with VIP boxes, premium seating and its leisure and meeting areas, restaurants, cafes, the Club’s Museum, the Official Shop and areas for meetings, as well as a sports centre open to the general public under one of its stands. Its capacity will exceed 53,000 spectators."
César Azcárate
Idom/ACXT 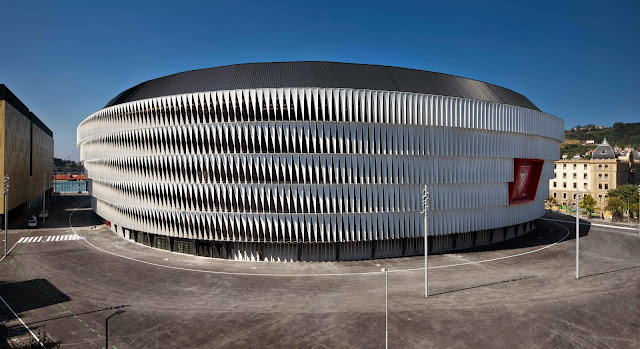 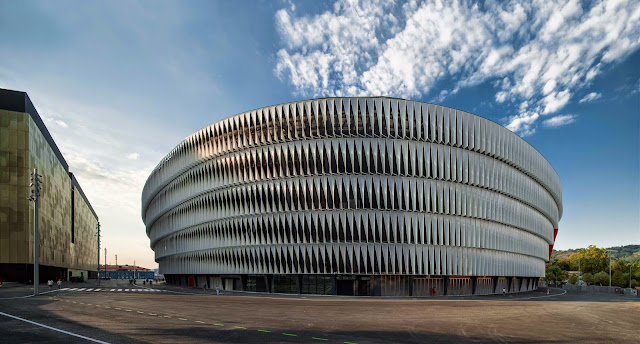 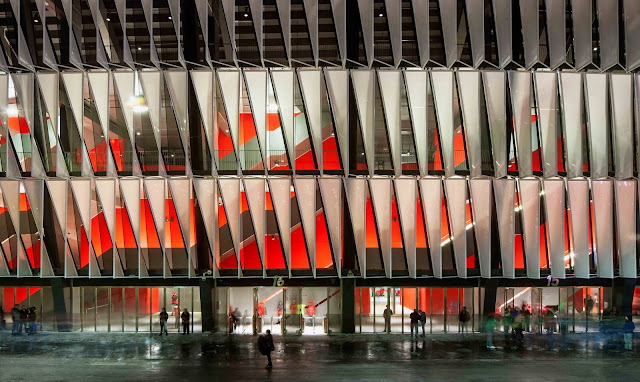 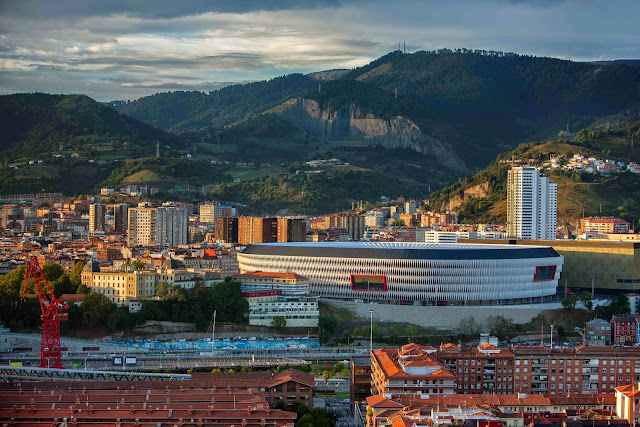 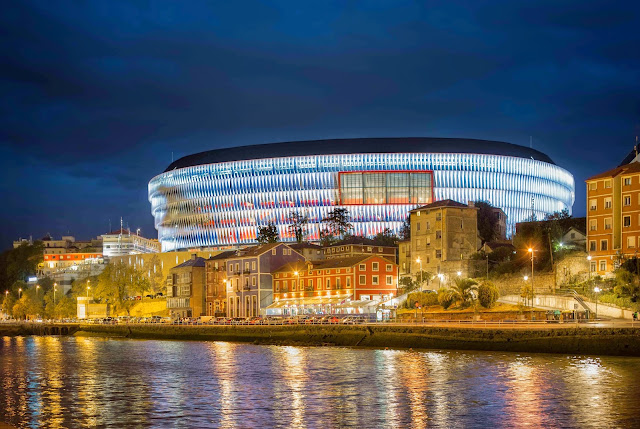 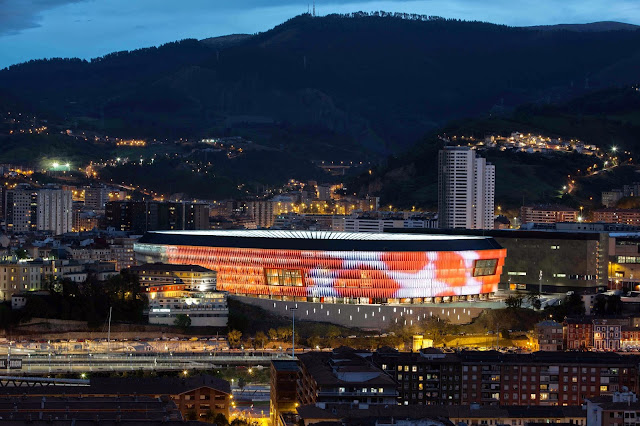 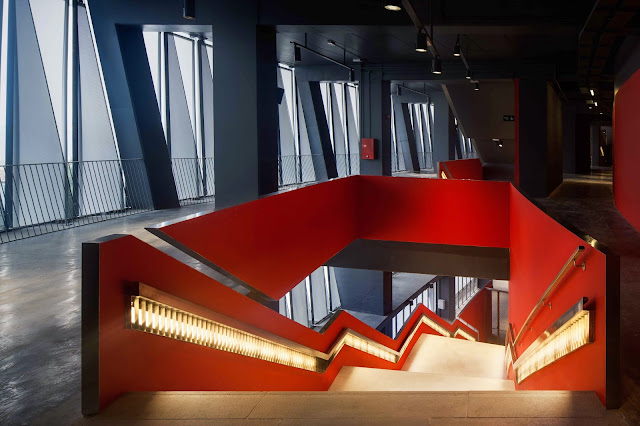 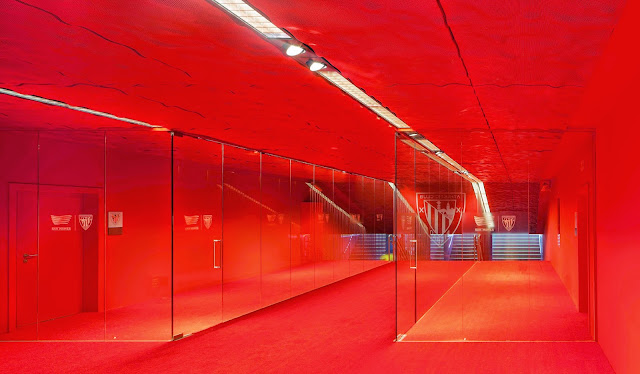 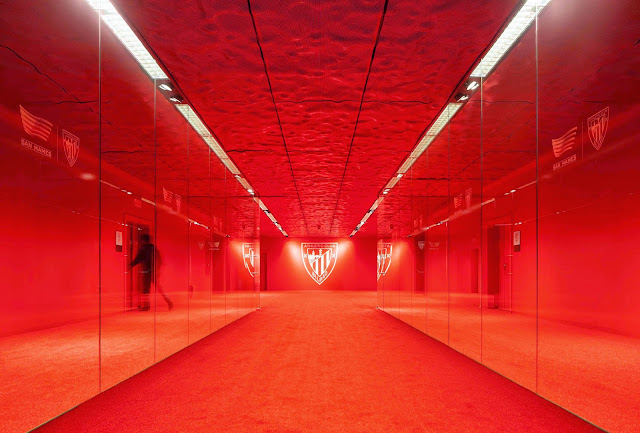 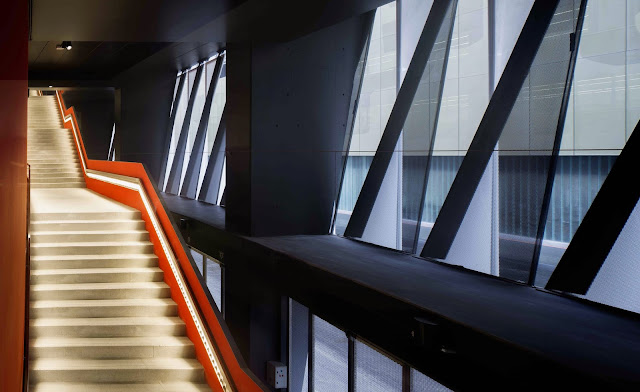 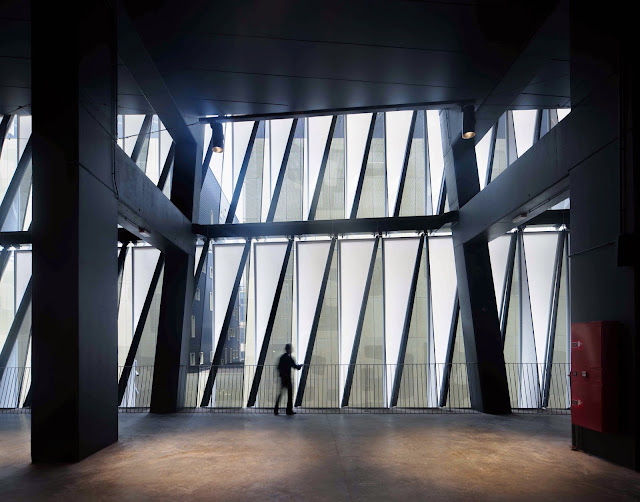 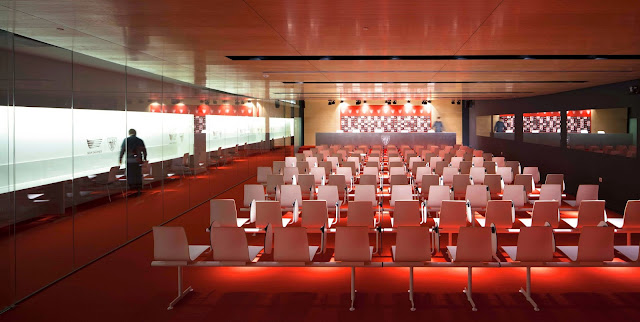 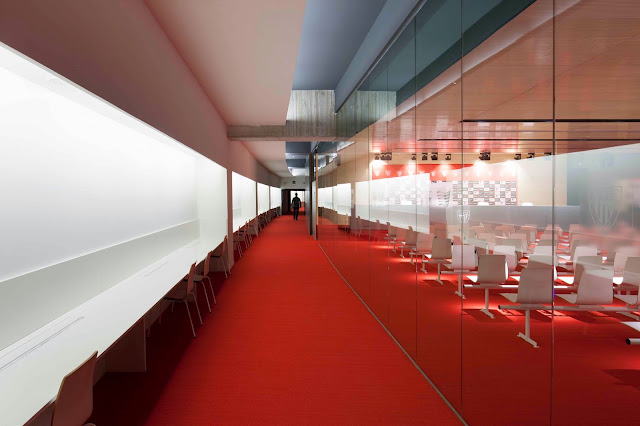 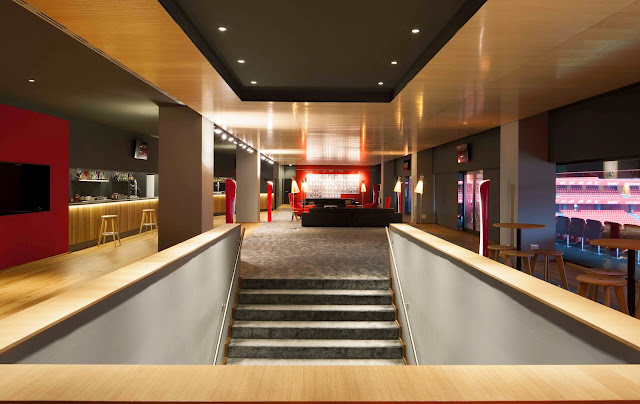 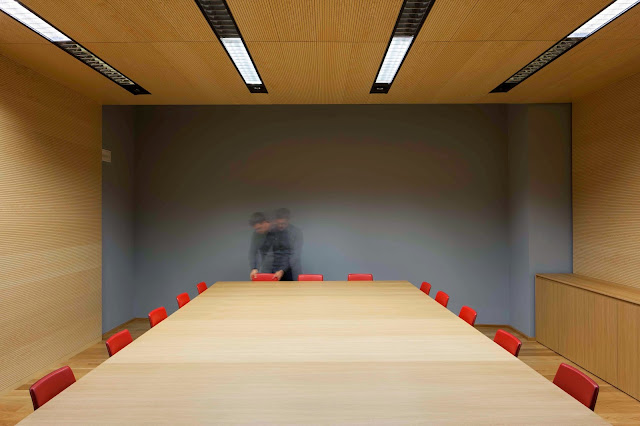 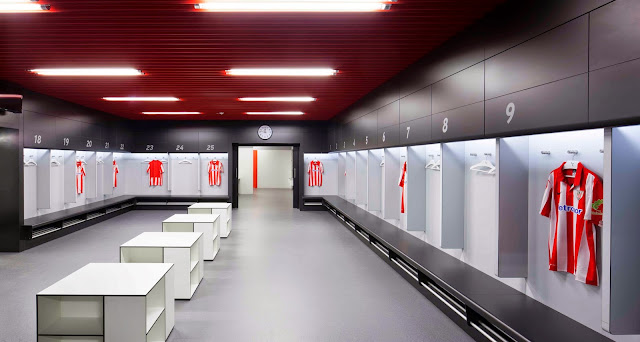 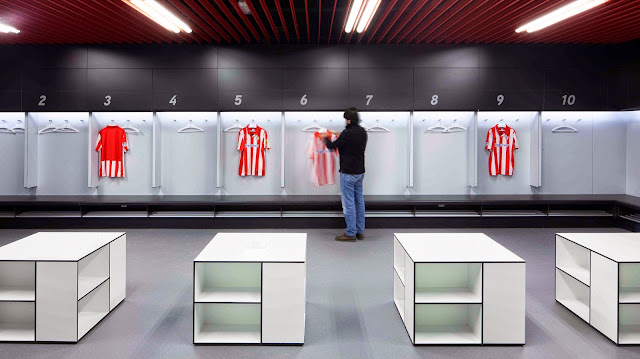 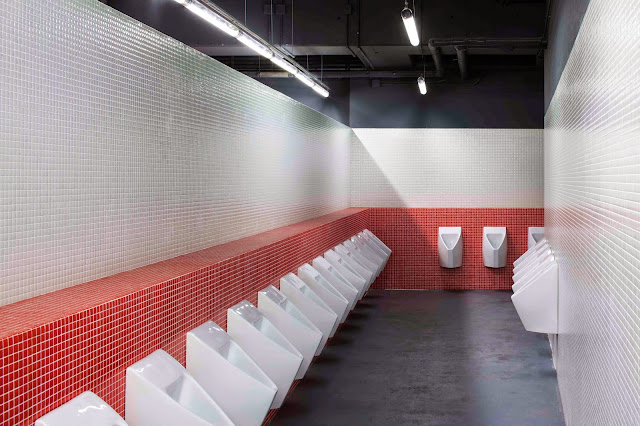 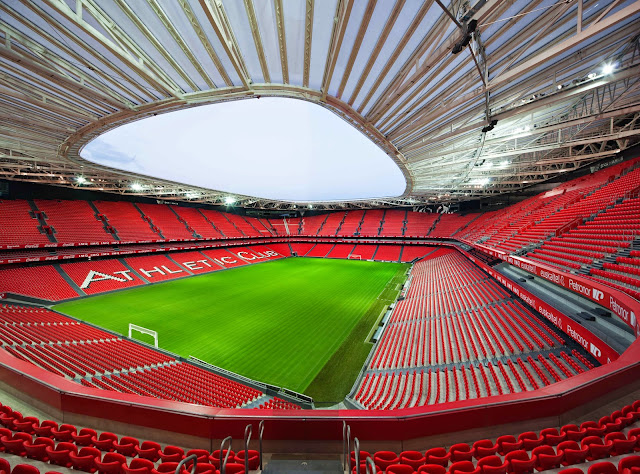 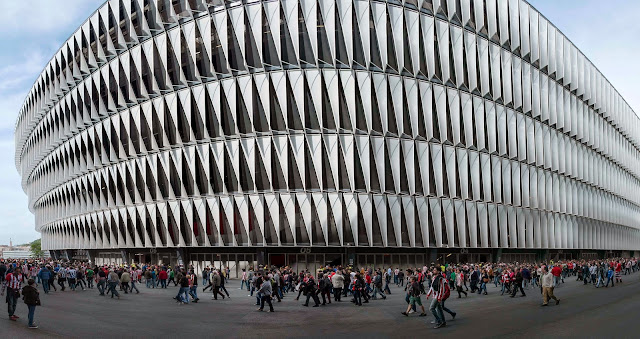 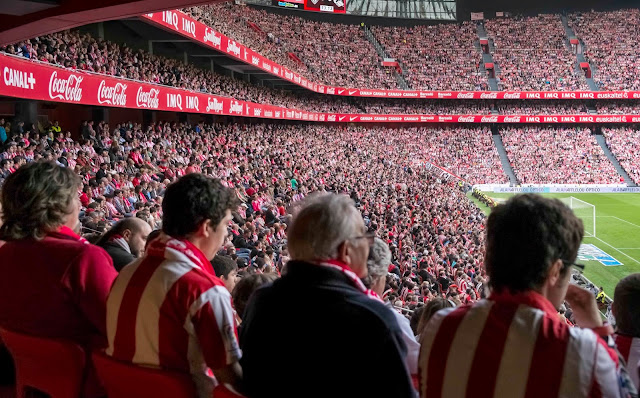 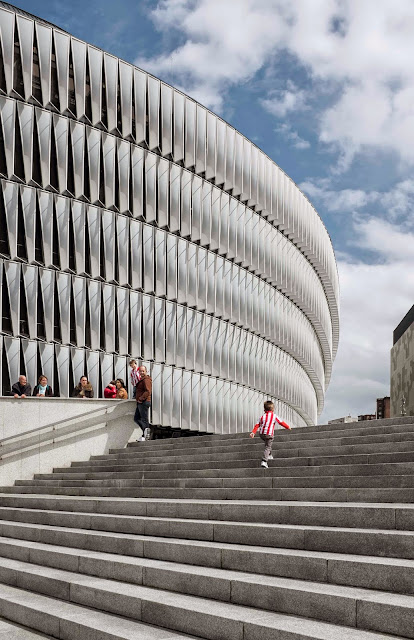 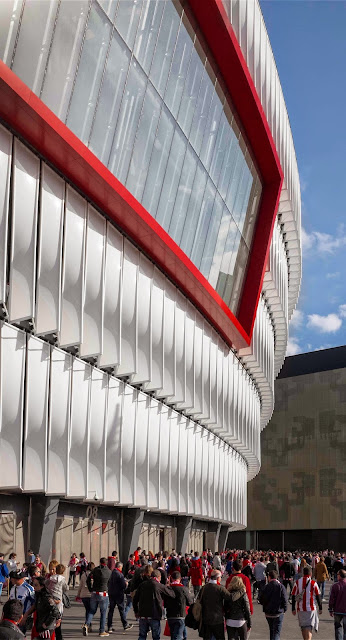 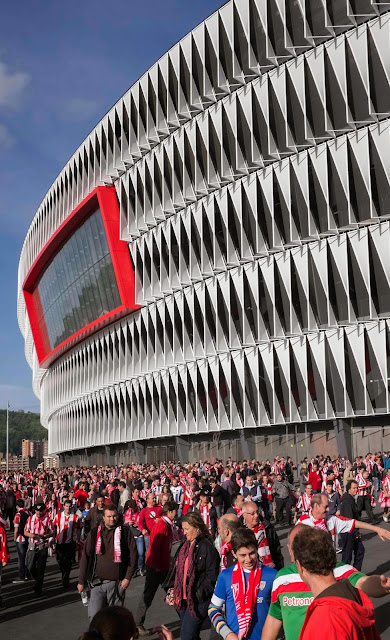 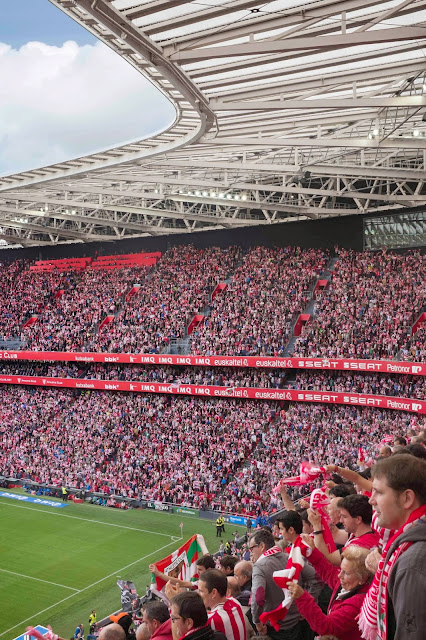 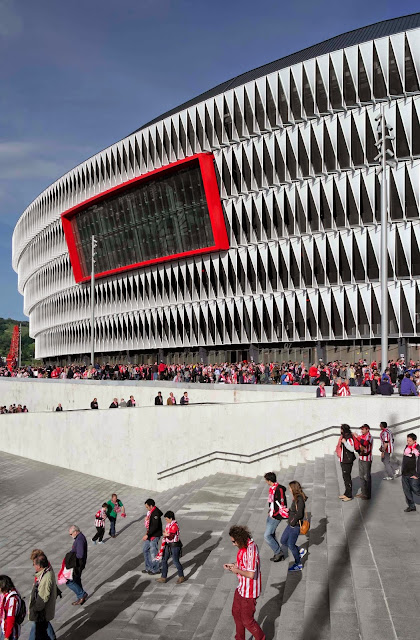