Sent by Atelier FORA, from Portugal


+ INFO
Atelier FORA just won the first prize on an international competition for the qualification of the Central Square of Plovdiv, the second largest city of Bulgaria. The contest was promoted by the city's Municipality and this Portuguese office was chosen among 125 international entries. We invited FORA to publish this project on our blog. More information about this open competition can be found on its website.


"One of the greatest achievements of the Roman system was its practicality: under the coliseum in Rome, a large scale apparatus fed the audiences with an array of events, from wild animals to trees, boats and chariots, it was possible to experience a full range from desert wars to sea battles...

DILLEMA
In the battle of contemplation versus ‘public use’, Plovdiv’s city center gradually lost the urban unity that was characteristic from its founding.

How can we reconcile the terrifying beauty of the naked ruin with the city’s need for usable open space?

Can we have both? Can archaeological research expand under a fully functioning city surface?

THE STAGE
The new square will perform as an apparatus for continuous discovery, a malleable surface that can transform to accommodate different urban events. An operable platform is at the heart of the square, that when activated can cover a range between the intimacy of small scale pockets until a fully open and unobstructed plaza.

The new wood surface protects the unveiled ancient Forum, and will cover progressively the entire site, signalling archaeological areas of interest and revealing the tension between above and below ground.

This light veil aims also at transforming the archaeological endeavour in a permanent spectacle, enabling excavations to progress under the city without disruption.

THE UNDERWORLD
Since the significance and splendour of the Forum of Philippopolis can only be observed once it is fully exposed, we propose to excavate the maximum surface possible of ruins within the limits of the intervention: the new archaeological museum will cover the full extent of the square, and will be landscaped like the Forum in Rome, merging with the park at the western edge, and emerging at the underpasses.

The renovated open basement of the post office would function as its core, housing information center, museum services, temporary exhibitions. The refurbished concrete structure would become in itself an archaeology." 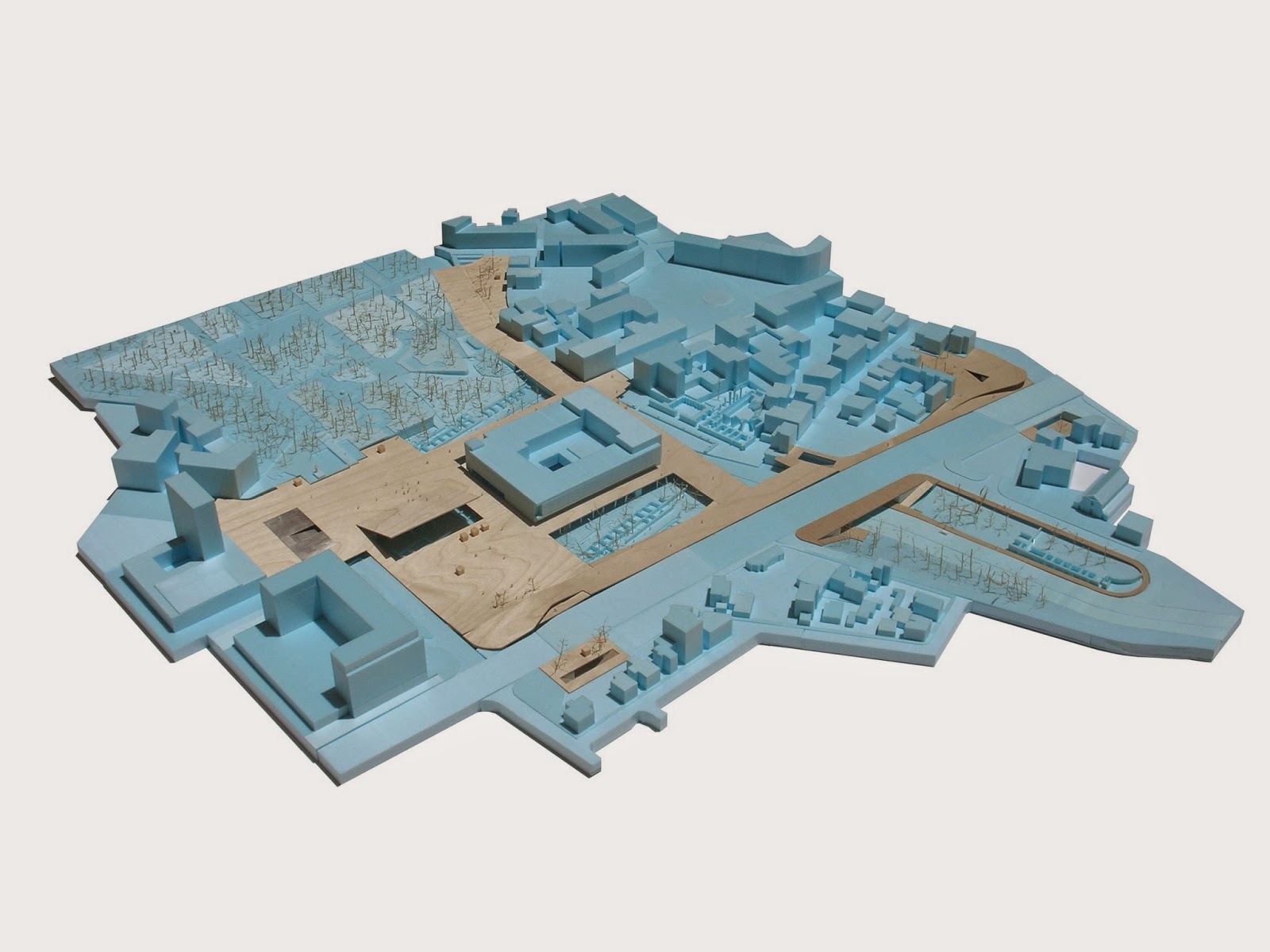 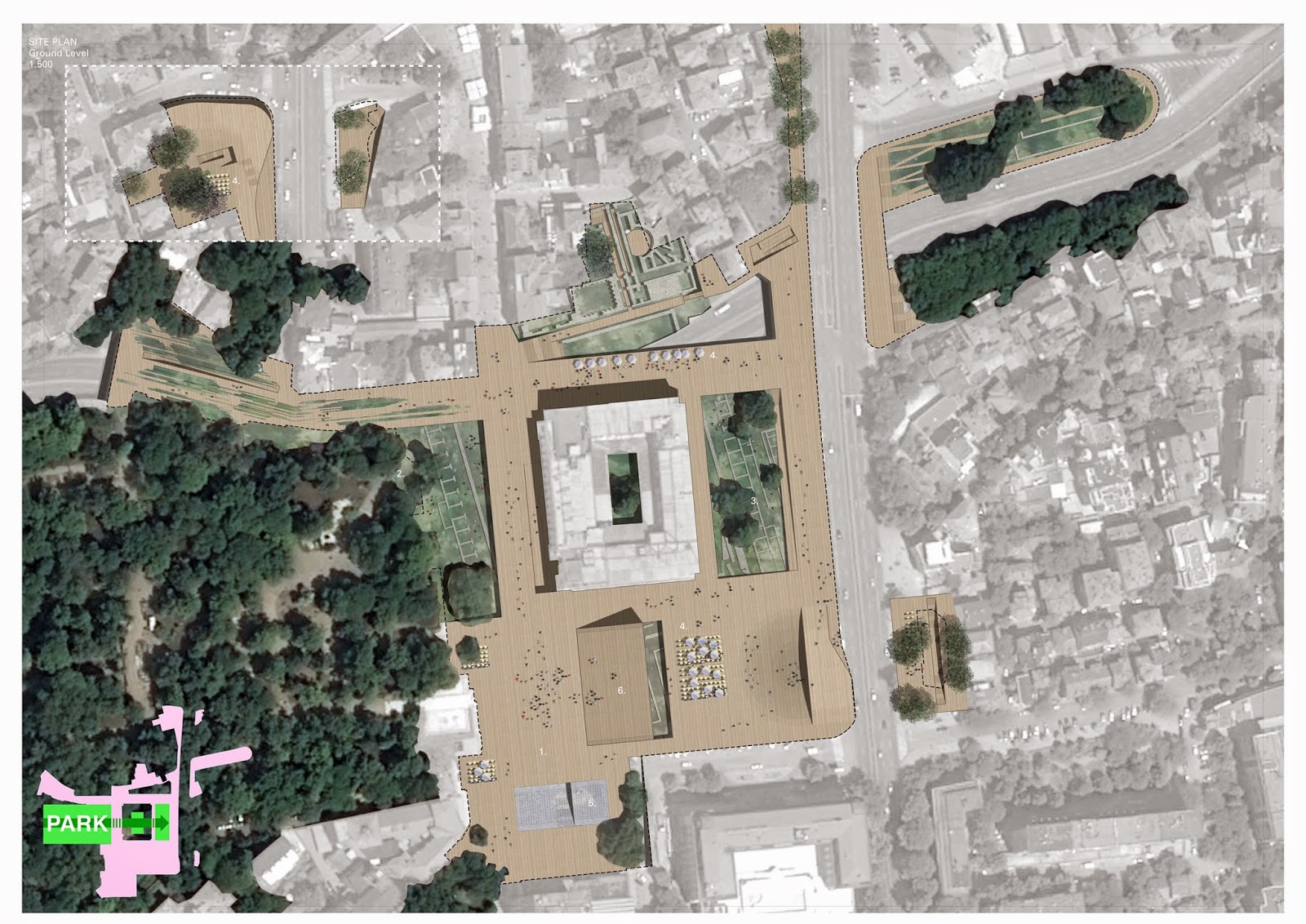 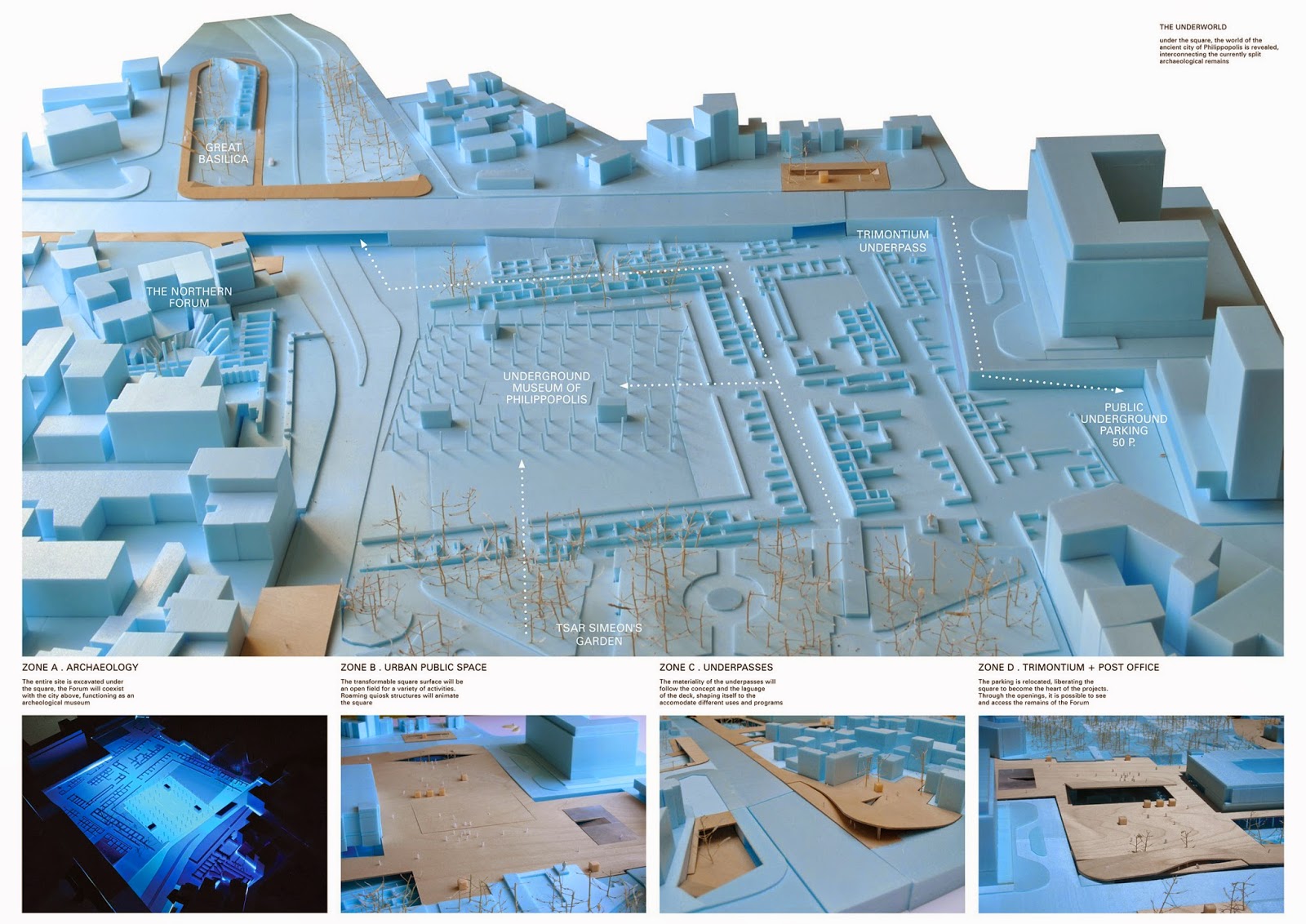 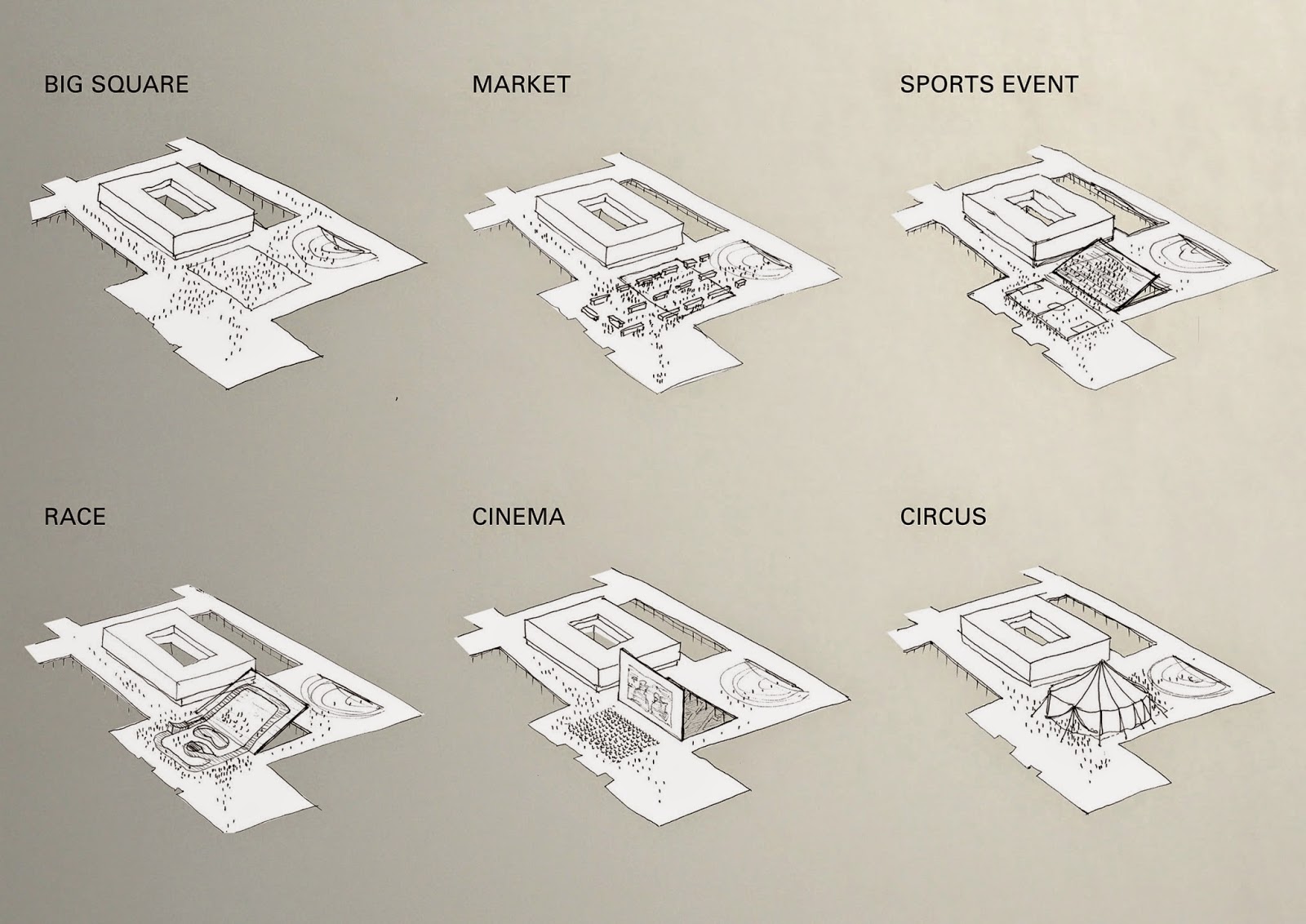 FORA is an architectural collective founded in Athens in 2009 by João Fagulha, Raquel Oliveira and João Ruivo. The office is currently based in Lisbon, collaborating on a regular basis with other architects, urban planners, designers and engineers on the production of architectural and urban projects. The work continuously explores the relation between public and private realm, and the role of architecture as the ultimate social tool.

Their work has been awarded in several international competitions, including first prizes for"Upto35" international competition for the design of a student residence in downtown Athens and "Inovation and Quality in School Environments" for the design of a 13.000m2 High School in Mem Martins, second prize in "Europan 10" for Lisbon and "Plateia Teatrou", both urban scale proposal, and were finalists in the ‘Nordic Built Challenge’, in Ellebo, Denmark.

The office took part in several exhibitions, including the 2012 Venice Biennalle.

João Moura Fagulha, born in Lisbon 1980, graduated in architecture in 2006 from Instituto Superior Técnico, after studying one year in the Faculty of Architecture & Urbanism of Rio de Janeiro Federal University. Since 2007 established activity in Lisbon, collaborating with other professionals in various projects and competitions.Raquel Maria Oliveira, born in Porto 1981, graduated in Architecture from the Faculdade de Arquitectura da Universidade do Porto in 2006, having studied one year in the Technical University of Delft. She started her professional experience in Netherlands, at West8, in Rotterdam, and worked after at DP6 Architectuurstudio, in Delft. In Madrid she worked at Ezquiaga Arquitectura.

João Prates Ruivo, born in Lisbon 1980, graduated in architecture in 2004 from Instituto Superior Tecnico, where he was a student of Prof. Manuel Vicente. After studying one year in the Technical University of Eindhoven, he worked in Rotterdam between 2005-2008, were he collaborated with Theo Deutinger (TD*) and at the Office for Metropolitan Architecture, from where he moved to Athens to start his own practice. In 2014 he started a PhD at the Goldsmiths Institute in London.