Underdogs is a collaborative platform composed by international urban artists based in Lisbon. The group recently opened an year-end exhibition called "Timeline" in Underdogs' gallery in Lisbon (Rua Fernando Palha, Armazém 56), in which are gathered the works conducted over this year. Some exclusive works can be purchased in the exhibition, as well as on the collective's website. Underdogs is formed by Interesni Kazki (Ukraine), Cyrcle (USA), MAISMENOS (Portugal), Pixelpancho (Italy) and How and Nosm (Spain/USA). The exhibition is open until December 21st, Tuesdays to Saturdays, from 2PM to 8PM.
Thanks to Underdogs for having kindly sent us the contents for this post.
"Underdogs is an international working platform based in Lisbon, Portugal that aims at creating space within the contemporary art scene for artists connected with the new languages of urban visual culture. Its purpose is to reflect with precision what we see as an important segment of contemporary visual and graphic culture by fostering the establishment of connections, partnerships and collaborative efforts between artists, cultural agents and venues, while helping to bridge the gap between these and the public." - Underdogs 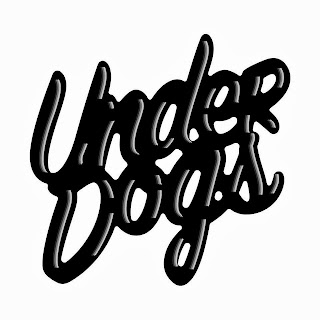 Interesni Kazki (Ukraine)
Interesni Kazki is a duo of Ukrainian artists – AEC & Waone – who developed their collaborative street-based work from the more elementary forms of classical graffiti into a unique universe of symbolic, complex and dreamlike large-scale mural compositions which they have been painting around the world. In 2010 they also started showcasing their narrative “interesting fairytales” in exhibitions.

Pixelpancho (Italy)
Italian artist Pixelpancho has been developing original street work under this name since 2001, gaining prominence in the last few years for the large-scale paintings and sculptures he has been producing in urban environments around the world. His work frequently offers visions of a forgotten, futuristic and surreal world inhabited by decaying, humanised robots which create an ongoing narrative that offers a poignant reflection on the human condition imbued with historical and contemporary references. 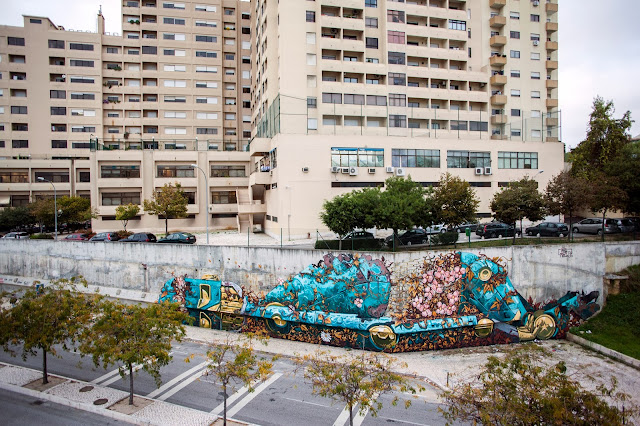 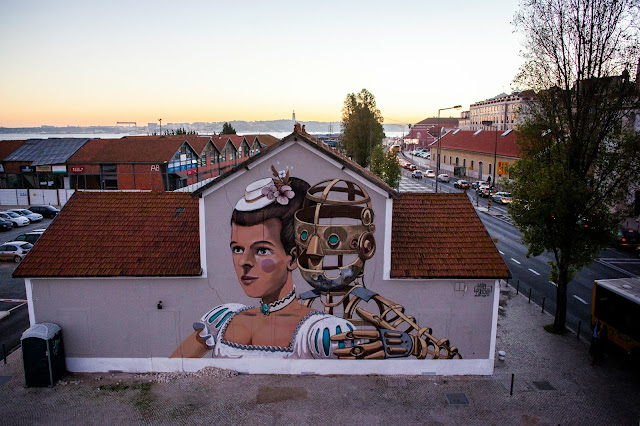 How and Nosm (Spain/USA)
How and Nosm are identical twin brothers (Raoul and Davide Perre) known for their large-scale graffiti-based murals that adorn city walls around the world. Their red, black, and white-based imagery is instantly recognisable and commands attention through the impressive size and intricate detail. Initially the colour palette was limited for practicality but instead has become a distinct calling card and formal choice that has allowed these artists to push spray paint to a new level. 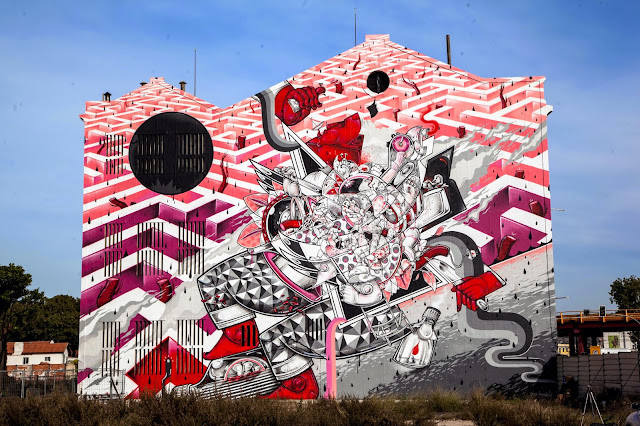 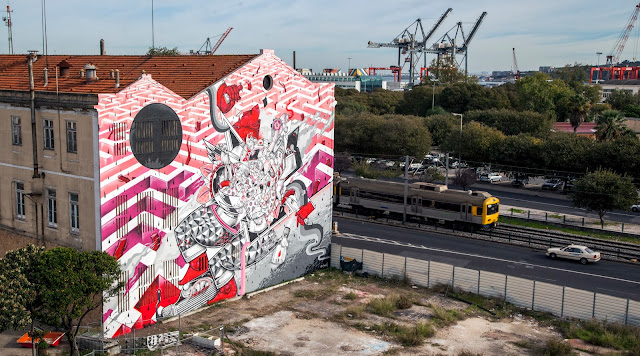 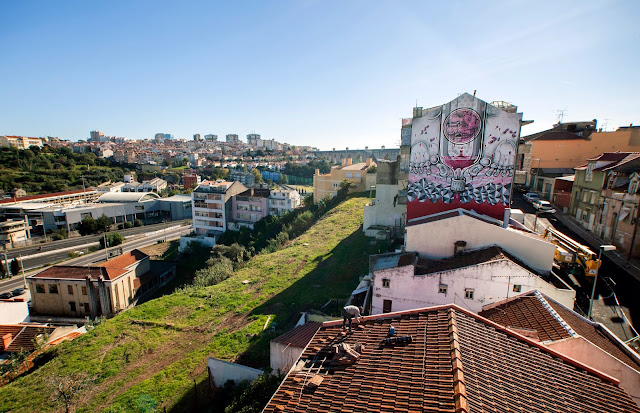 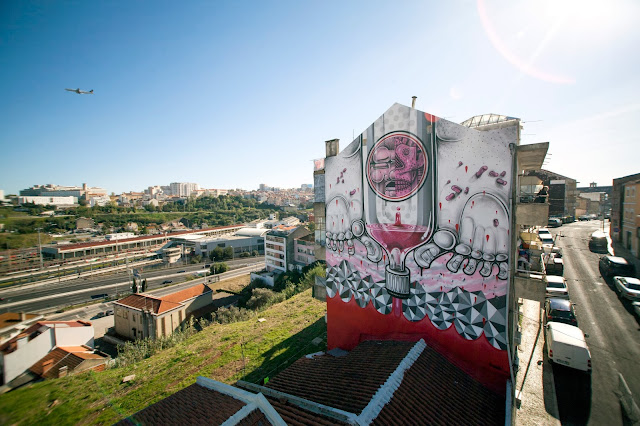 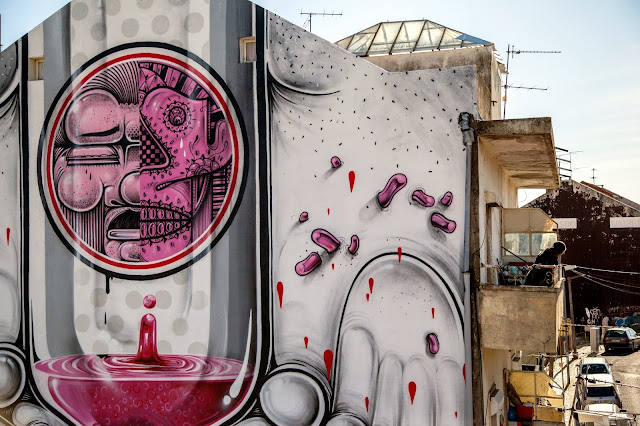 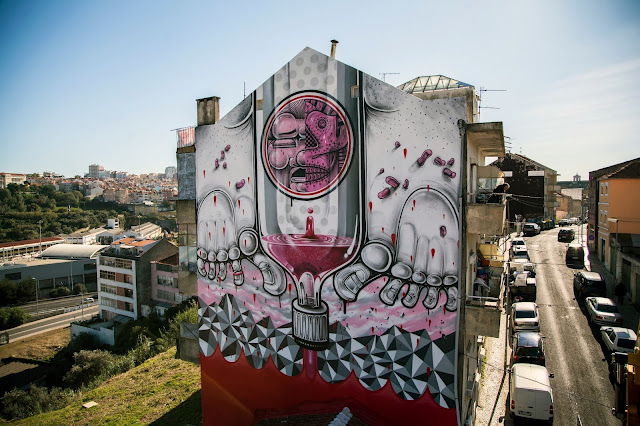 
Cyrcle started out as a collective of three American artists, but is currently reduced to members Rabi and Davey.  In a very short time the group became renowned for its use of eclectic media, creating arresting, often abstract visual compositions presented in both the public space and in exhibitions, from interactive installations to graphic paste ups which reflect more than the sum of all parts. 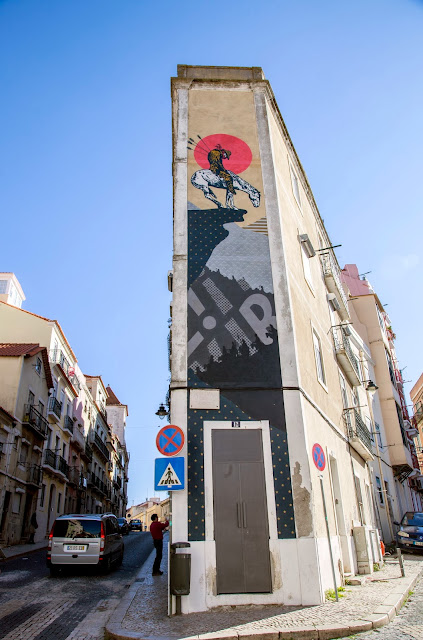 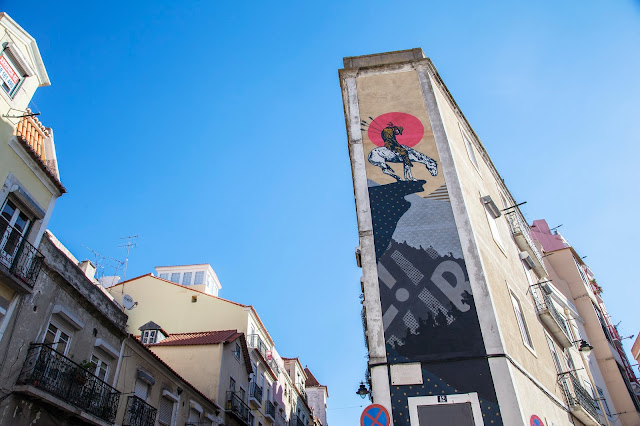 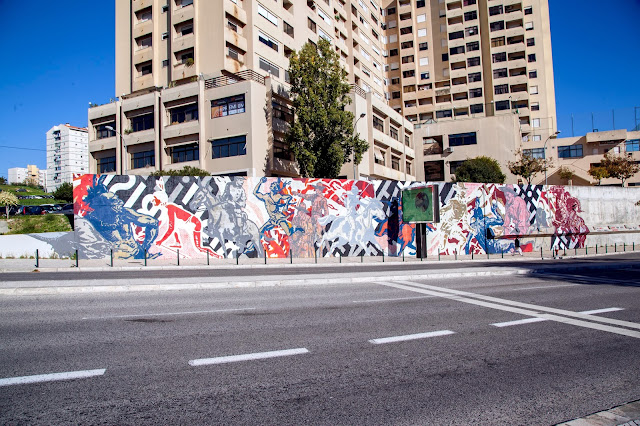 ±MAISMENOS± (Portugal)
±MAISMENOS± is an intervention art project by Portuguese artist Miguel Januário which offers a critical reflection on the model of political, social and economic organisation that manages contemporary urban societies. Its programmatic expression is conceptually reduced to an equation of simplicity and opposites: more/less, positive/negative, black/white. He has been producing thought-provoking, cutting-edge work both indoors and outdoors since 2005. 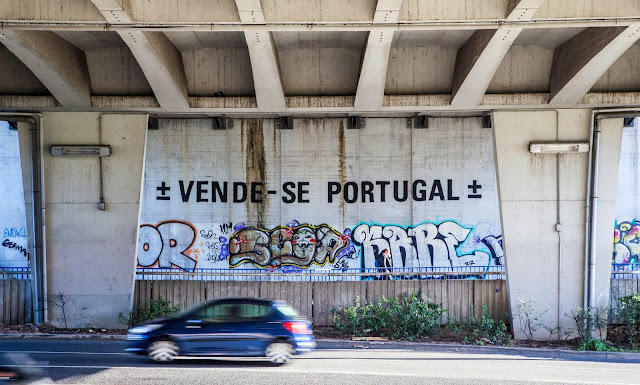 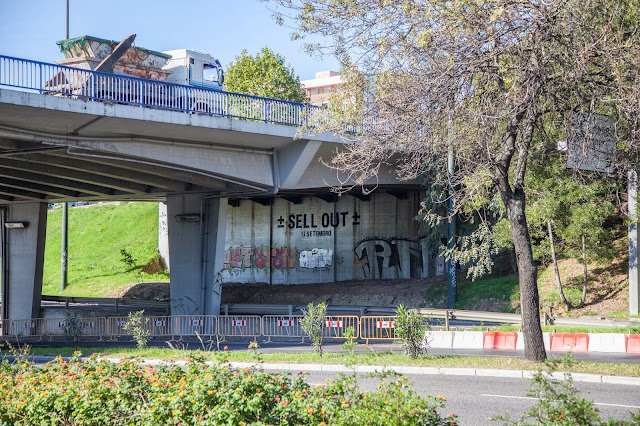 "Timeline” is a group show that takes stock of the work created by the artists invited to visit and work in Lisbon over the past year as part of the programme of exhibitions and street interventions organised by the Underdogs platform.

The exhibition features a selection of original artwork produced by each artist or collective following their short artist residency in Lisbon, while also taking a look at the various public art interventions created by them in the city during 2013, along with the exclusive screen print work they produced for the Underdogs.

Both the works created in the public space and those presented at the Underdogs Gallery shows have aimed at contributing towards promoting the work of each artist while also blurring the boundaries between indoor art and outdoor art and bridging the gap between different locations, concepts, and publics." - Underdogs