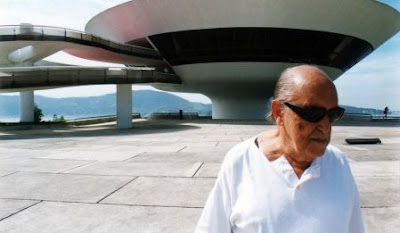 "The MAC-Niterói project reveals the daring of an experienced artist, responsible for a production that presents a very personal reading of the precepts of rationalist architecture lecorbusiana matrix.
In the 80s, the democratic regime was recovered in Brazil and Oscar Niemeyer returned. He found a different country than it was when he was summoned to design Brasilia, a country whose population is spread in the peripheries of cities. In the works of this period Niemeyer continues to work with types already explored, winding slabs, domes, arches and platforms, in short, the vocabulary of curved universe.

Located at the top of Mirante da Boa Viagem (Boa Viagem viewpoint) on Avenida Almirante Benjamin Sodré of the city of Niteroi, enjoying a splendid view of Sugar Loaf and Corcovado, as the city of Niteroi is opposite Guanabara Bay in Rio de Janeiro, Brazil, accessed via an impressive bridge or ferry.

The architect Oscar Niemeyer summarizes his project for the Museum of Contemporary Art in Niteroi: "The field was narrow, surrounded by the sea and the solution came naturally, with the inevitable starting point the central support. From him, architecture occurred spontaneously as a flower. The sea view was beautiful and had to take it. I failed the building and beneath it stretched the picture even more rich. I defined then the profile of the museum. A line created from the ground and continuously grows and spreads, sensual, even coverage. The shape of the building, which always imagined circular , was fixed and I stopped inside passionate. Around the museum created a gallery open to the sea, repeated on the second floor, a mezzanine bent over the large exhibition hall. "
Also in the words of its creator, the museum emerges like a flower in the rock that holds them.

Created from a revolutionary figure of double curvature, the Museum stands on the cliff as a symbolic lighthouse built overlooking the bay.The combination of the elements that surround it, an open square of 2500 square meters, a reflecting pool at its base with 817 square meters and 60 meters deep, thereby giving the structure an appearance of lightness. The modernist structure with circular lines and saucer-shaped, has sometimes been likened to a UFO. The structure rests on a water source from which emerge the flying saucer appears white, pretending to be suspended in the air."
- text from WikiArquitectura 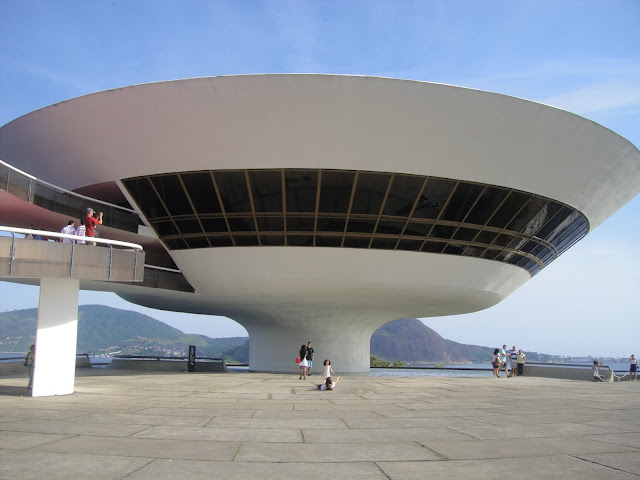 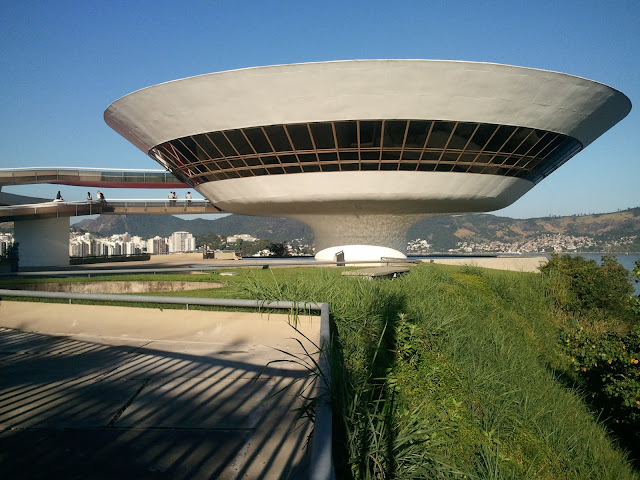 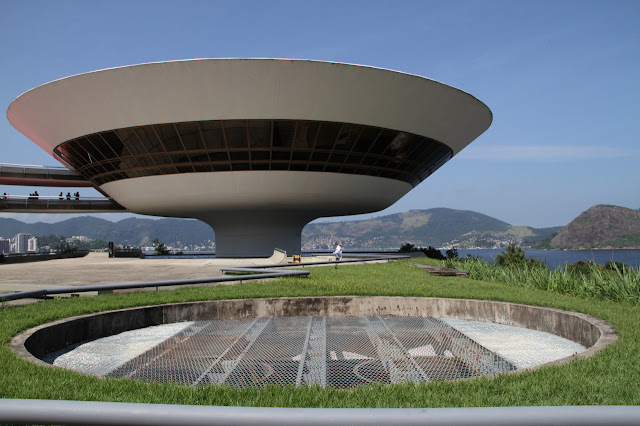 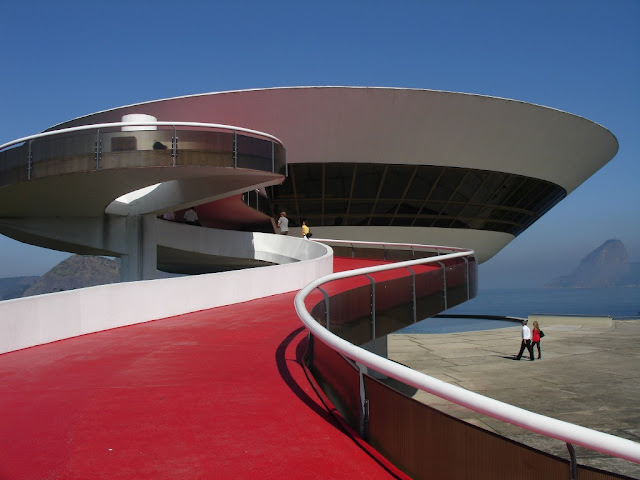 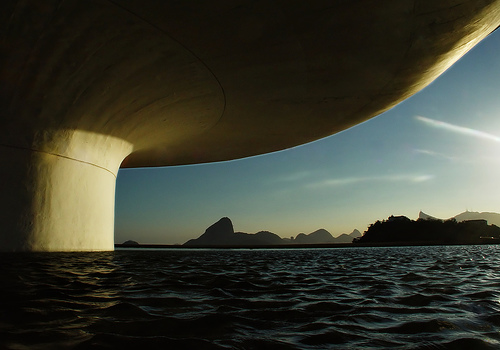 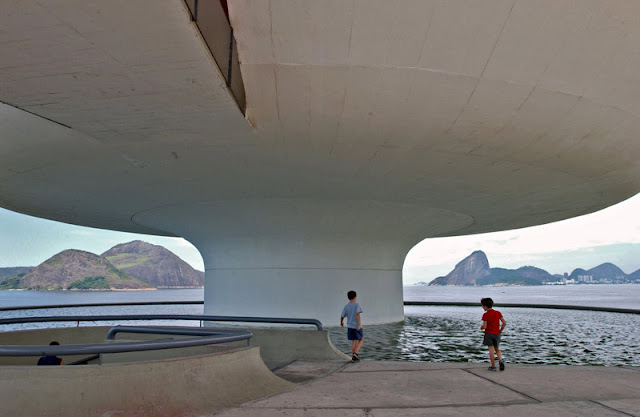 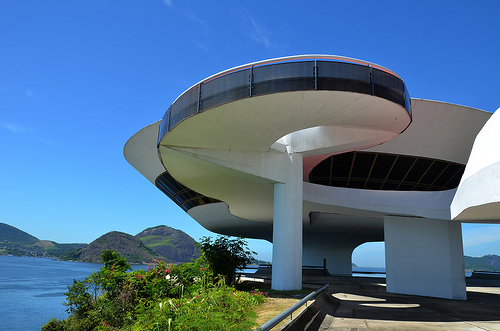 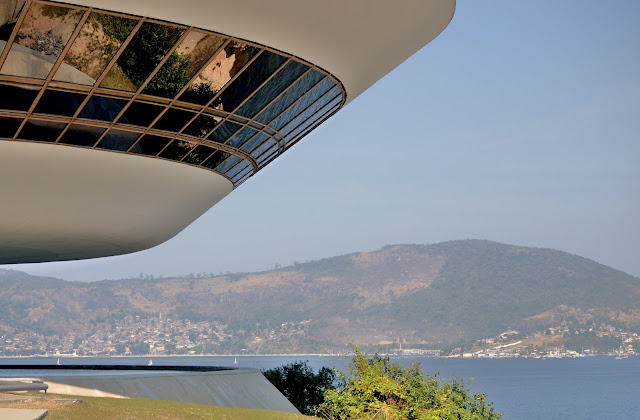 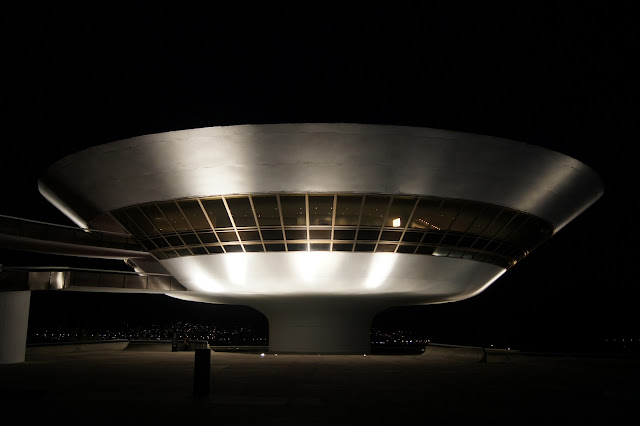 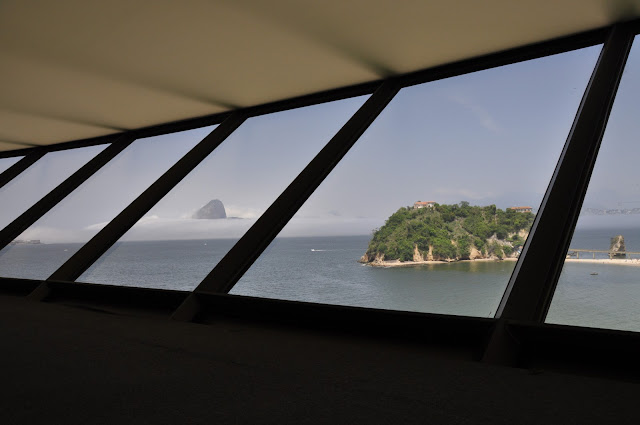 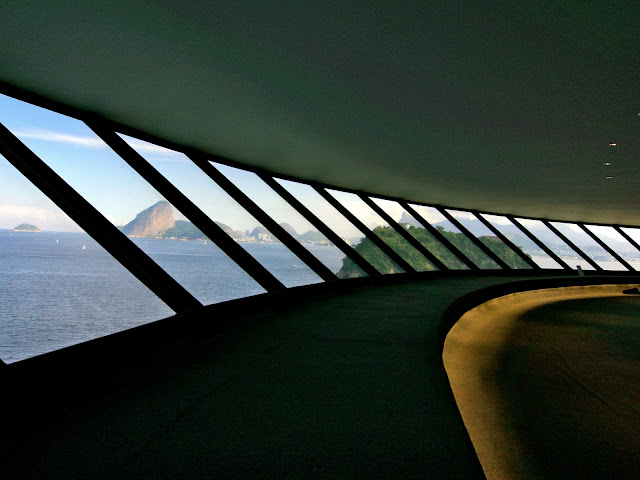 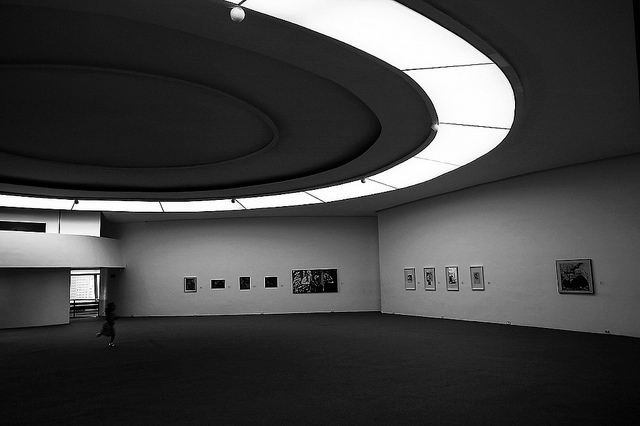 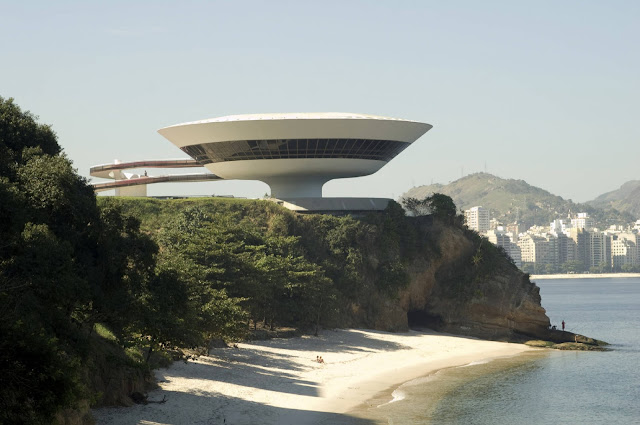 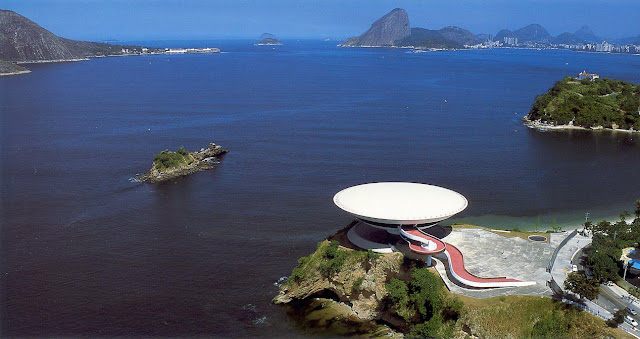