The Architecture illustration of André Chiote - the World Cup stadiums

Our blog continues to follow the work of the Portuguese architect André Chiote regarding the illustration posters that seek to highlight reference Architecture projects all around the world. André Chiote released a new series of illustrations, this time featuring some of the main stadiums of the World Cup that is taking place now in Brazil.

"Nowadays, the sports infra structures are, by their social relevance and impact on cities, real cathedrals.

The construction of new football stadiums means, for a country who hosts an event like a World Cup, the statement to the world of its technical, financial and cultural capacity.

The new architectural objects are landmarks in the cities that will perpetuate in the future as a cultural and social legacy.

And the stadiums of the World Cup Brazil – 2014, are now and will remain in future, sport and architectural icons, symbols who will help the affirmation of Brazil as a world power." 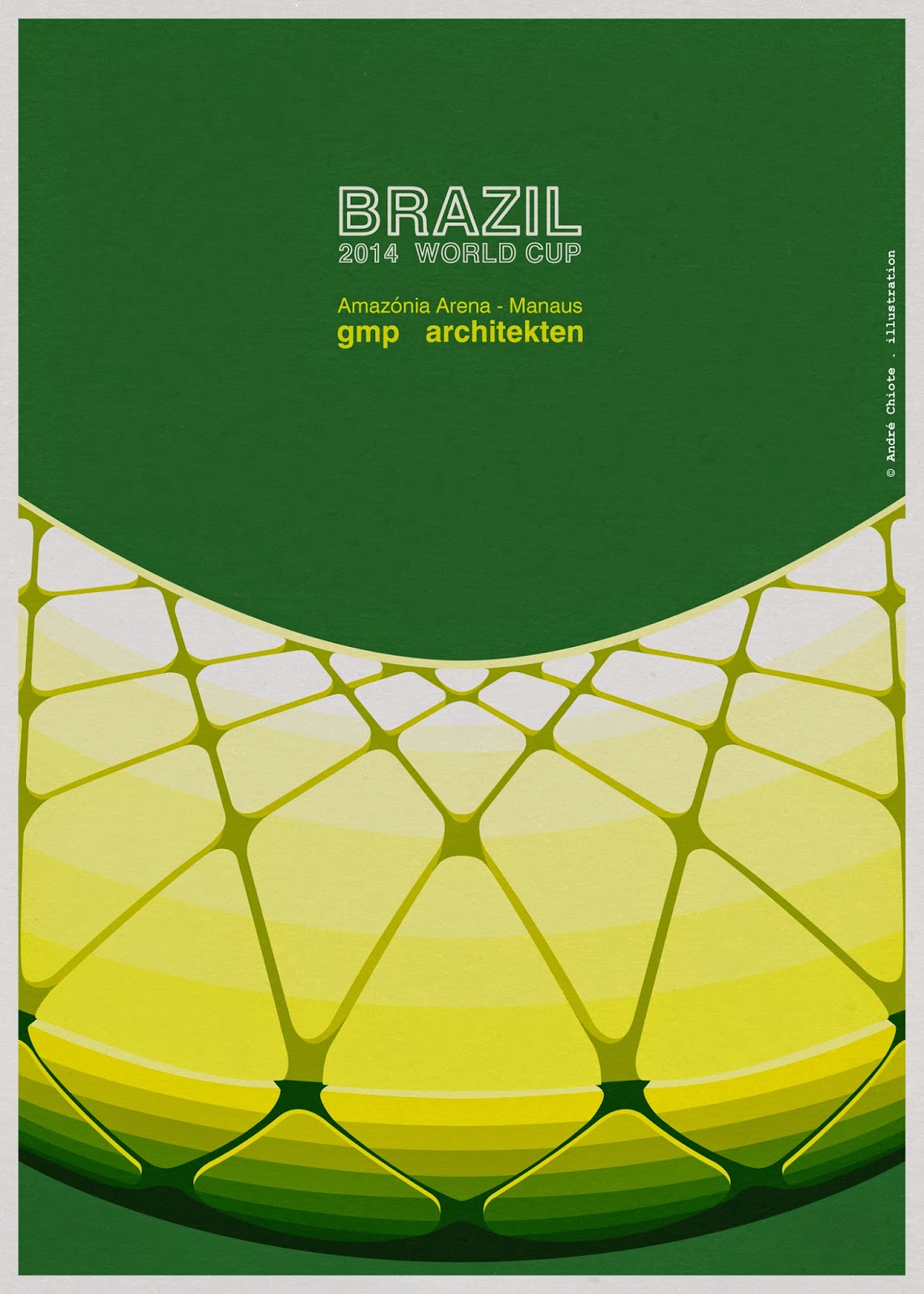 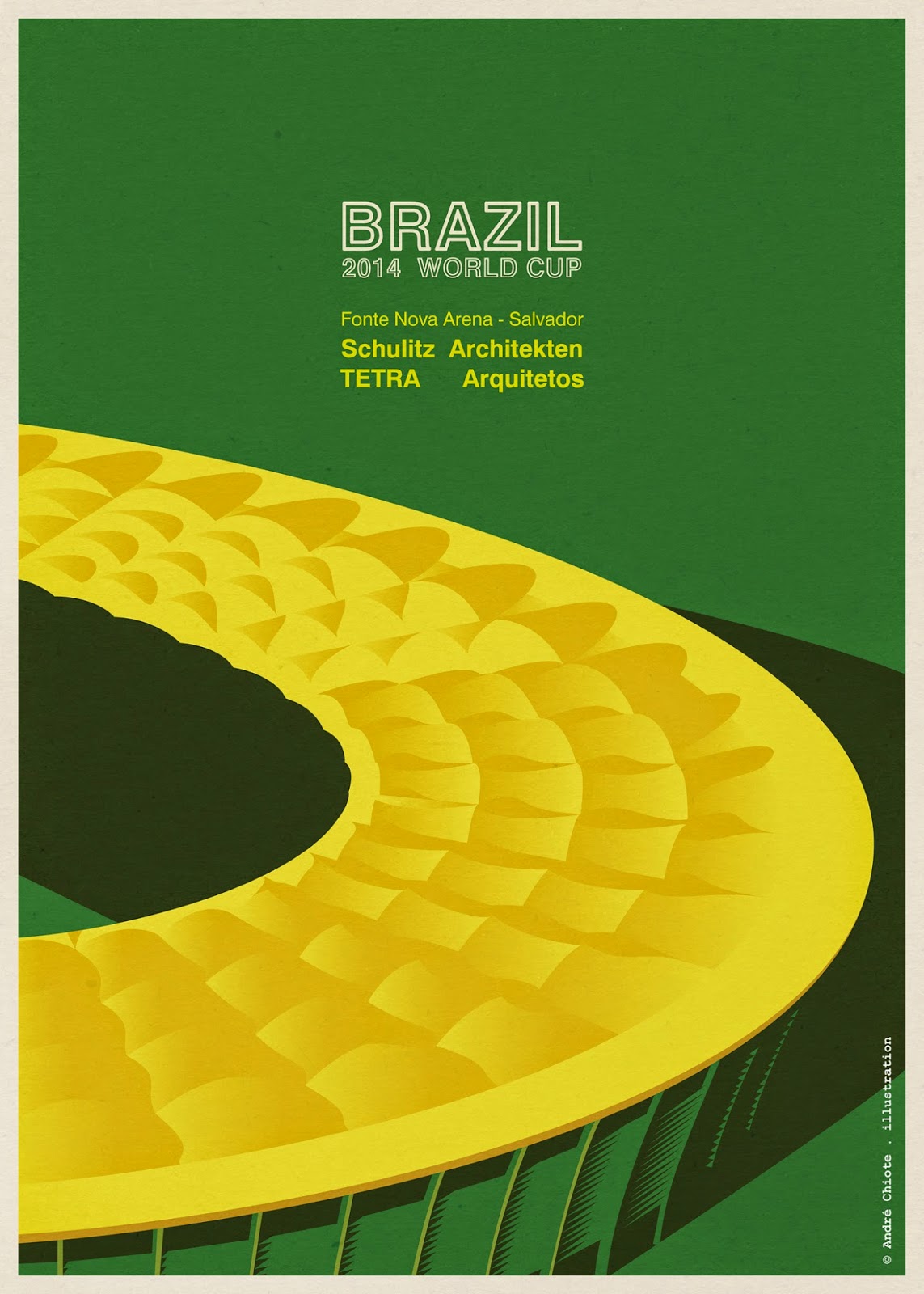 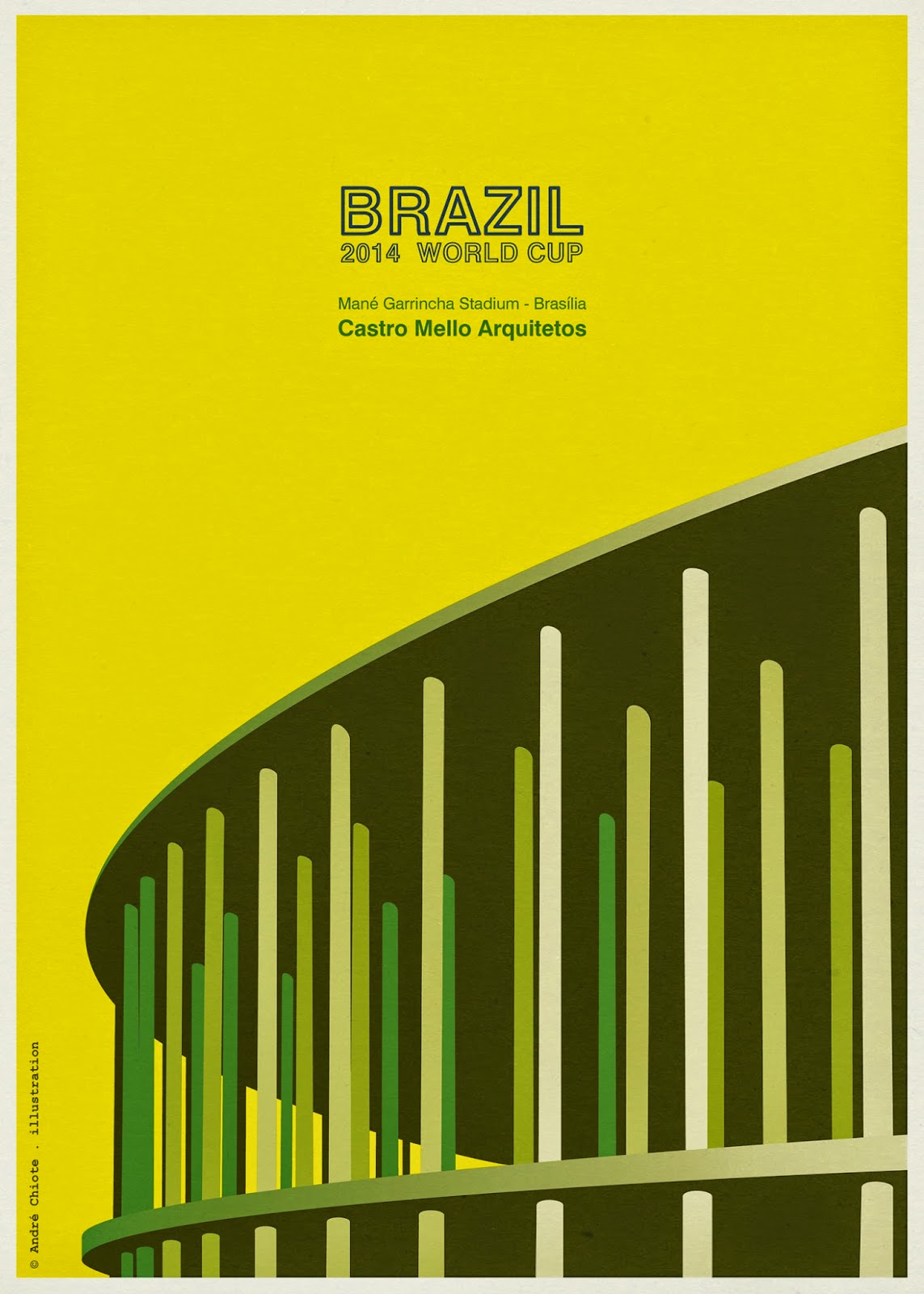 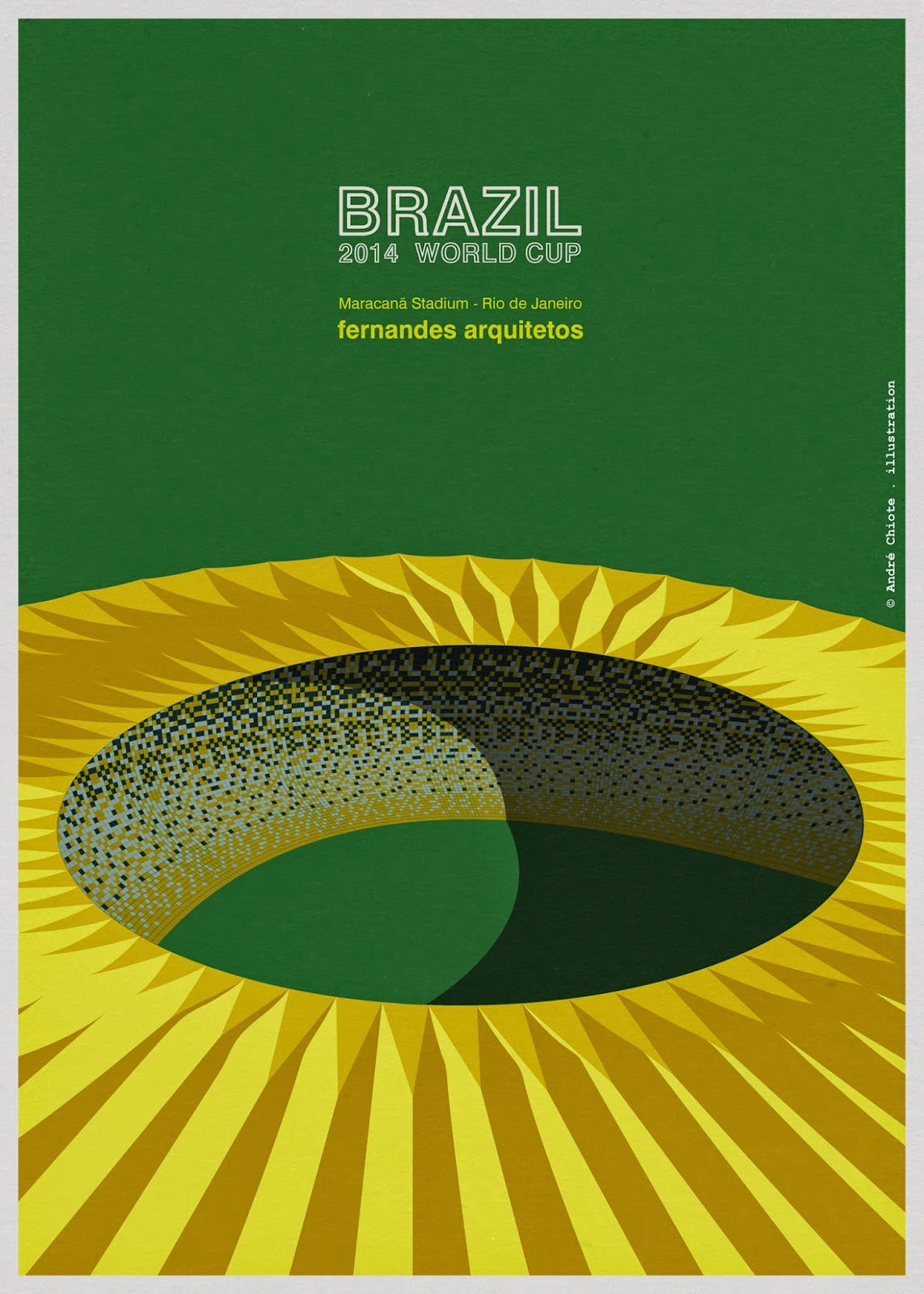 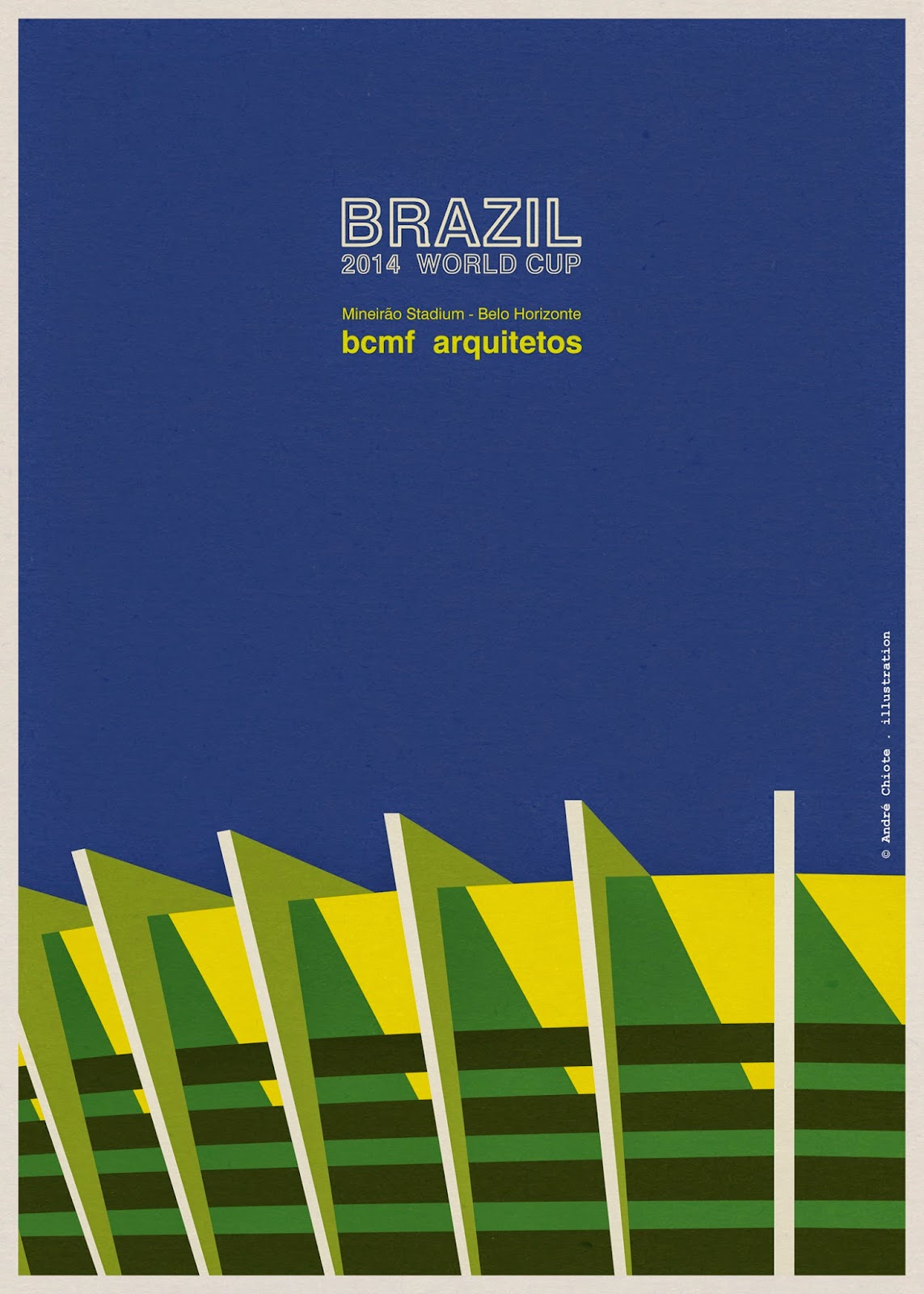