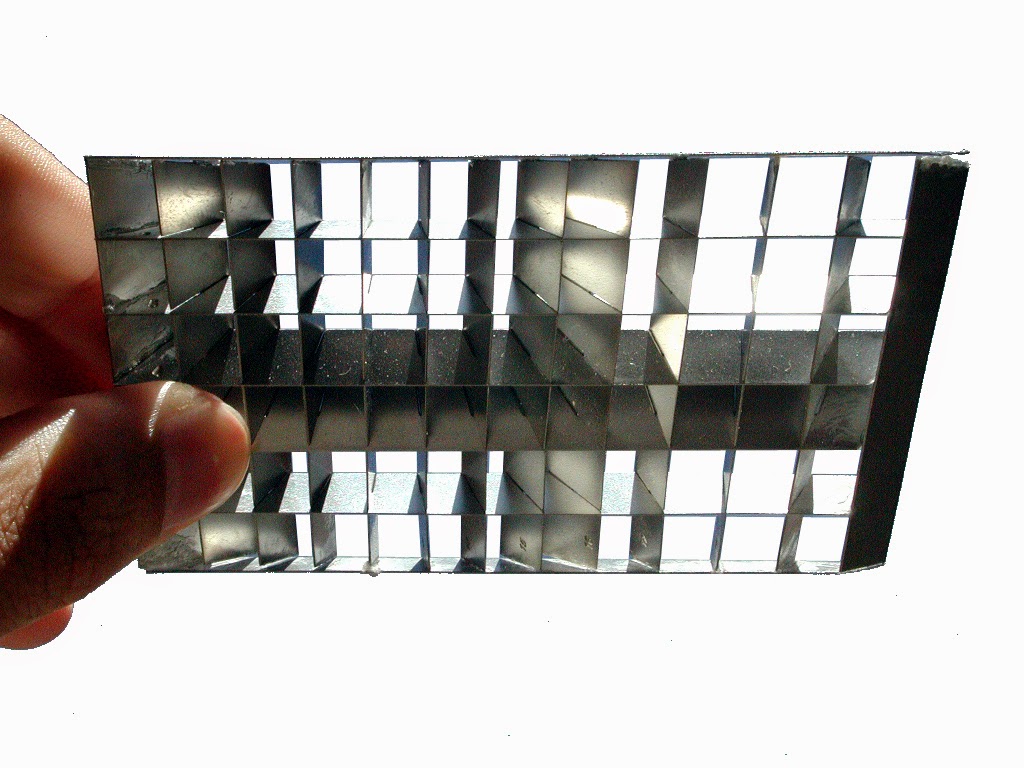 "The Dovela (Keystone) is an air stone, the "Sun Stone." The Aztec basalt monolith excavated in the Zócalo in Mexico City, means "Tonatiuhtlan de Ollin" or "Sun of Movement." The god of the sun it represents, Tonatiuh, grabs a heart and expresses the need for continuity of solar time. The rays we can appreciate in this beautiful archaeological piece are the symbol of light, which we have to find through the discovery of what we are, what we feel and what we do. Tenacity and patience are required (Earth), also spiritual strength (Fire), capacity to adapt to different circumstances of life (Water) and mindfulness (Air). No wonder the Aztecs, Incas, Mayans, Egyptians, etc., identified the Sun with the universal spirit of life, trying to associate its physical characteristics with the spiritual ones. Thus, they would reveal the greatness of the intangible.

Architecture refers to the intangible constantly. However it does so using elements of imposing physicality. The pyramids, as material eruptions, show a great constructive, social, urban and symbolic splendor in the Mexican culture. And in the neighboring Mayan culture, the cenotes are geomorphologic structures, where the sacred is the excavated space, open to light and rain.

We understand contemporary culture as a constant expression of connectivity with the movements of time, and the layers of history that overlap and hybridize the Mexican culture are of great inspiration to make a work of architecture today. Therefore, the Dovela appears as a stone of air, supported by the space that comes from a sequence of excavated terraces; that offers to the sun which moves the time when going through its slats; and that protects from the rain and shelters us inside the earth. The Dovela tries to collects all the resonances of the world emerging above it, to give them order. The excavated spaces are given to the public and open to the sky, protected by the symbolic metal structure. The project confronts the elemental natures with which it is built: the deep density of the negative space, of vertical character; and the horizontal tension of the air contained and supported by the Dovela, last key piece of an abstract balance that loses its weight to appear aerial, mutable and light as a cloud that qualifies the space in the ground by filtering sunlight rays.

However, space dictates its rules, and architecture manipulates them. The design of the structure is based on the paradox of reconciling the isotropic order of its intrados, orthogonal and bidirectional, with the essence of the variable geometry of its section. A mathematical object which transposes its strict order to the space but does not impose it, allowing the natural elements (water, light and air) to affect its last configuration. The perceptual reality is the result of this struggle between the apparent order and the fluctuating space, that causes the exposure to the diversity of the solar lights that vibrate between the slats of the structure, creating four fields of intensity which are the projection of the four excavated spaces that articulate the spiral of the theater lobbies. Again the four times, the four suns of the Mesoamerican legend about the creation of the world, the four stages of the Earth since its creation…

The contact between the sun and the earth could not pick up patterns of the order of any of them. So in the design of the structure that generates the gravitational connection between the Dovela and the excavations in the ground, we decided on a very figurative design, as if it were caryatids and Atlanteans; evoking diversity, reflecting the world of the man that will inhabit the space. Therefore, the pillars are involved in the movement, in time, and are freely arranged in the space dance, relying on the rigidity of the structure its non symmetric disposition within the internal grid of the Dovela.

By immersing ourselves in the negative space of the open excavated lobbies, we can have access to a new and final happening. Once inside the earth, the Theater appears as the end of this sequence of spaces. Here the synthesis of the building culminates with the function of a halted time, recreated, a place to contemplate." 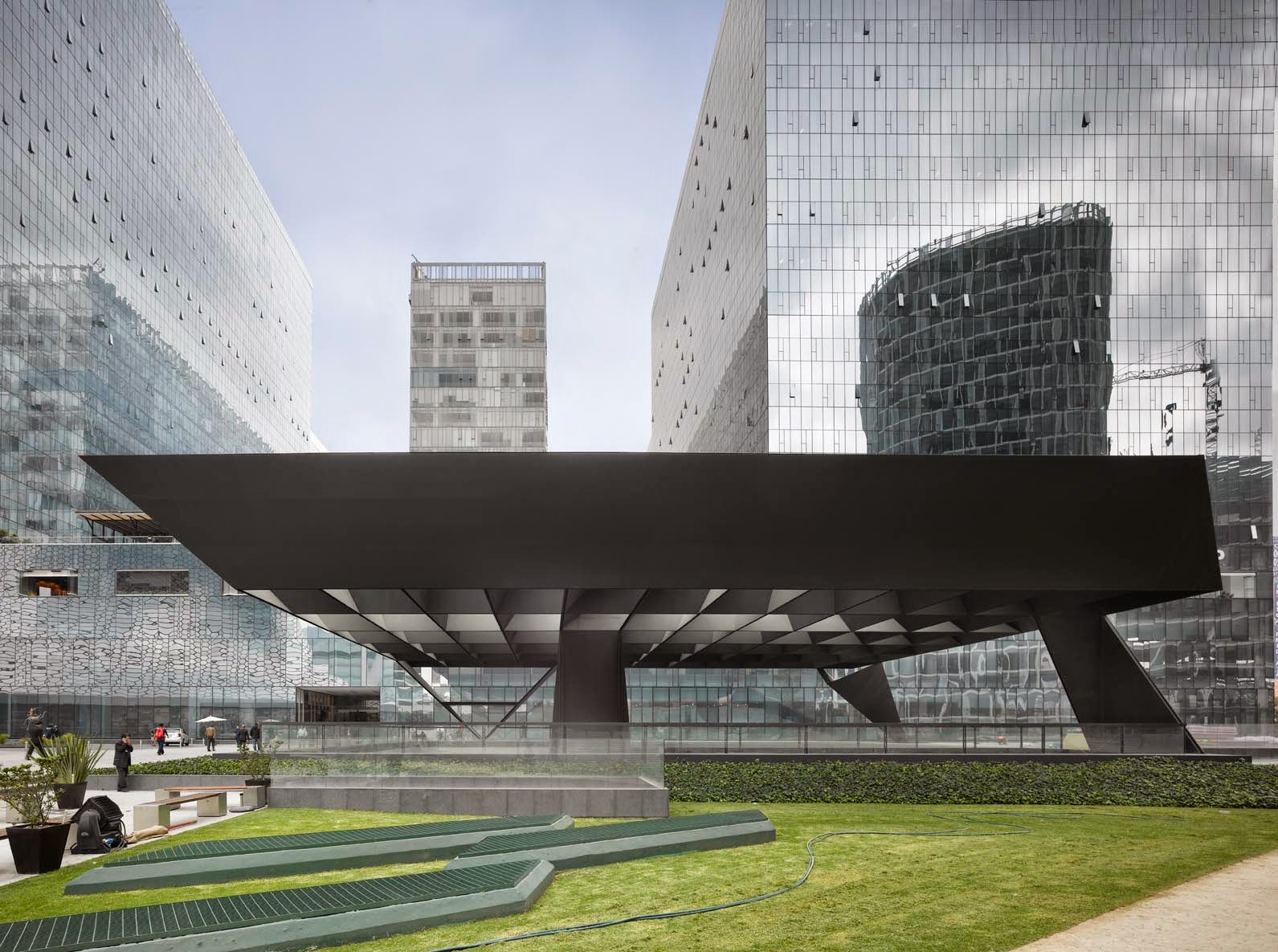 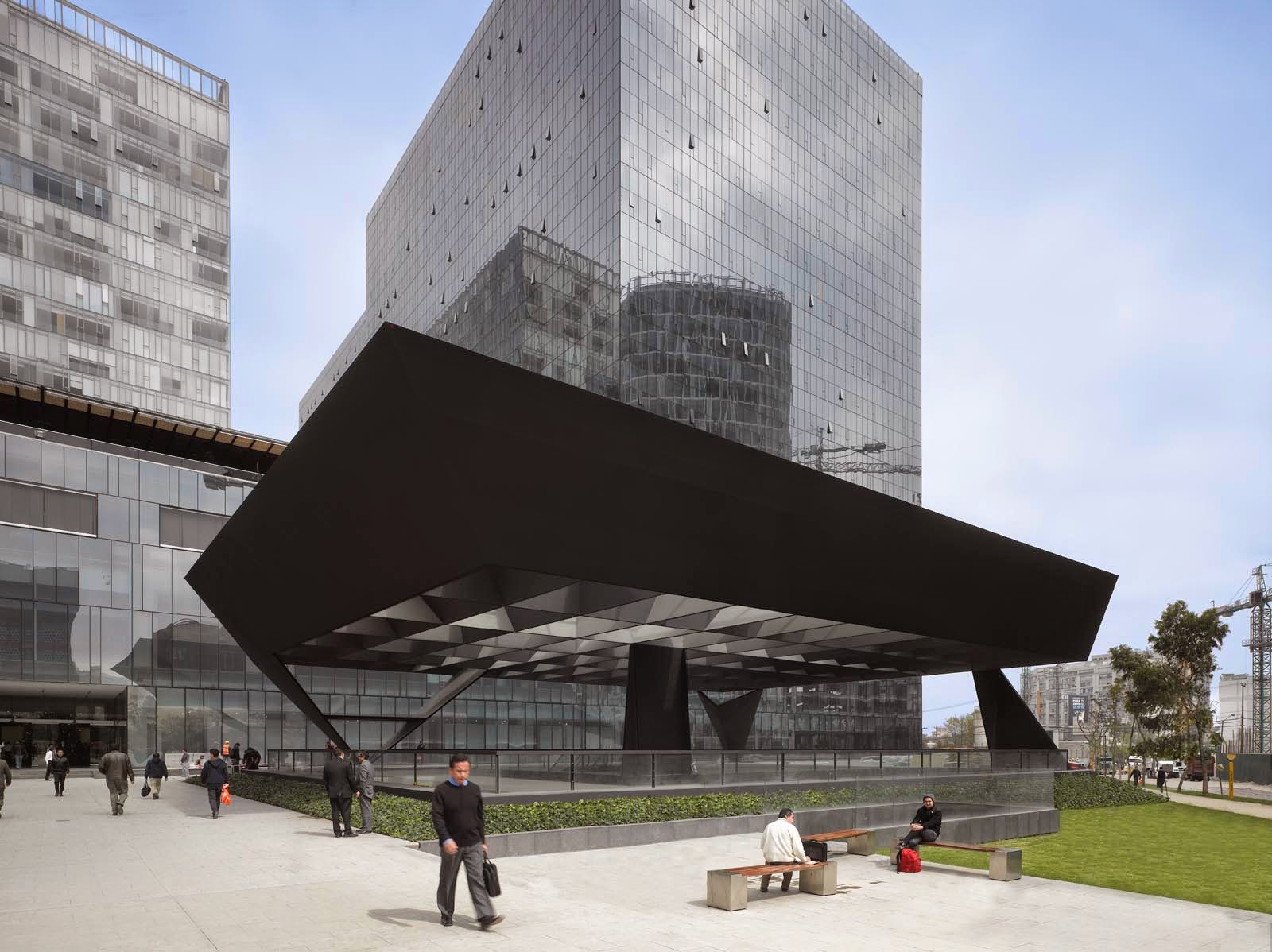 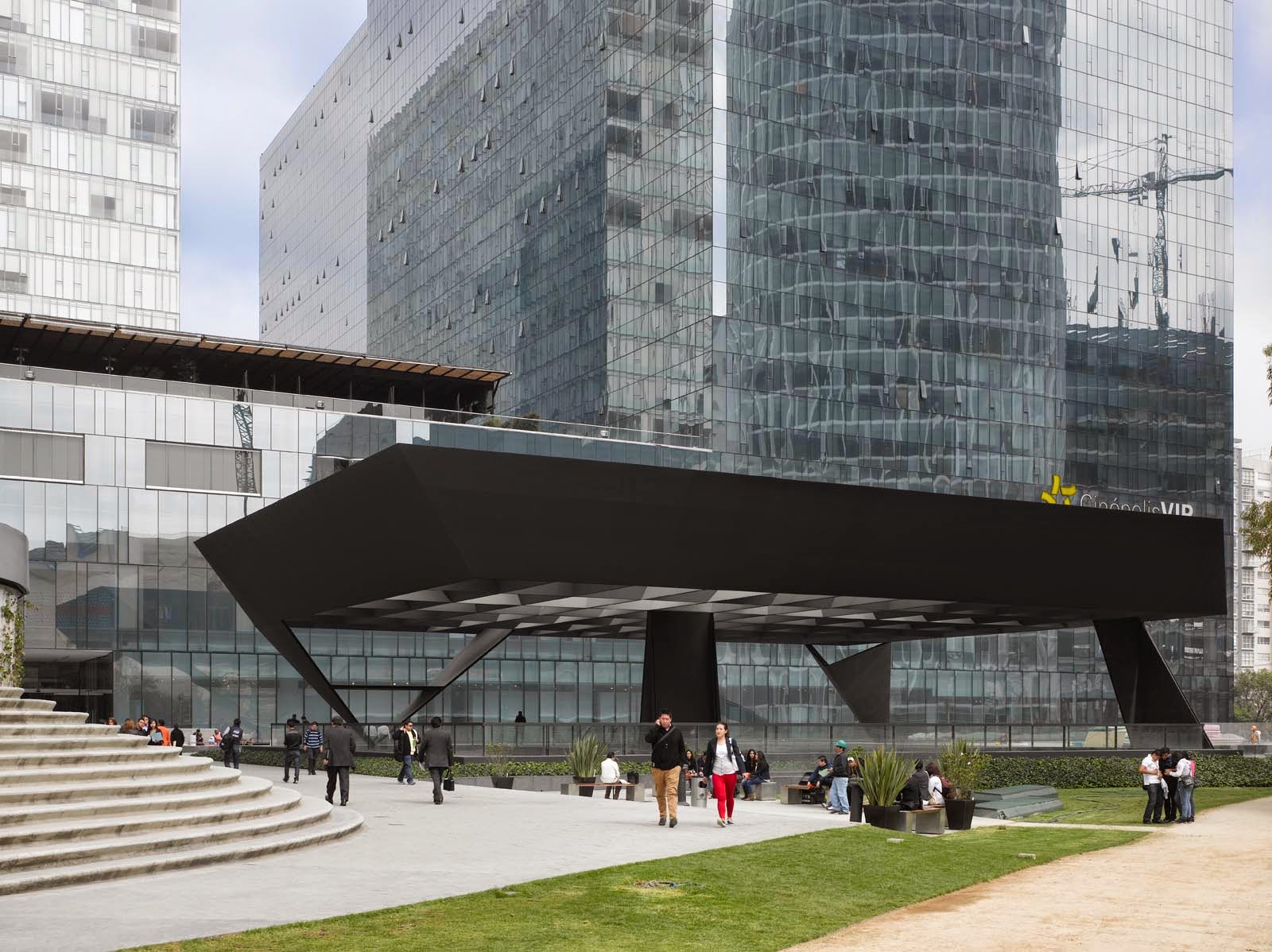 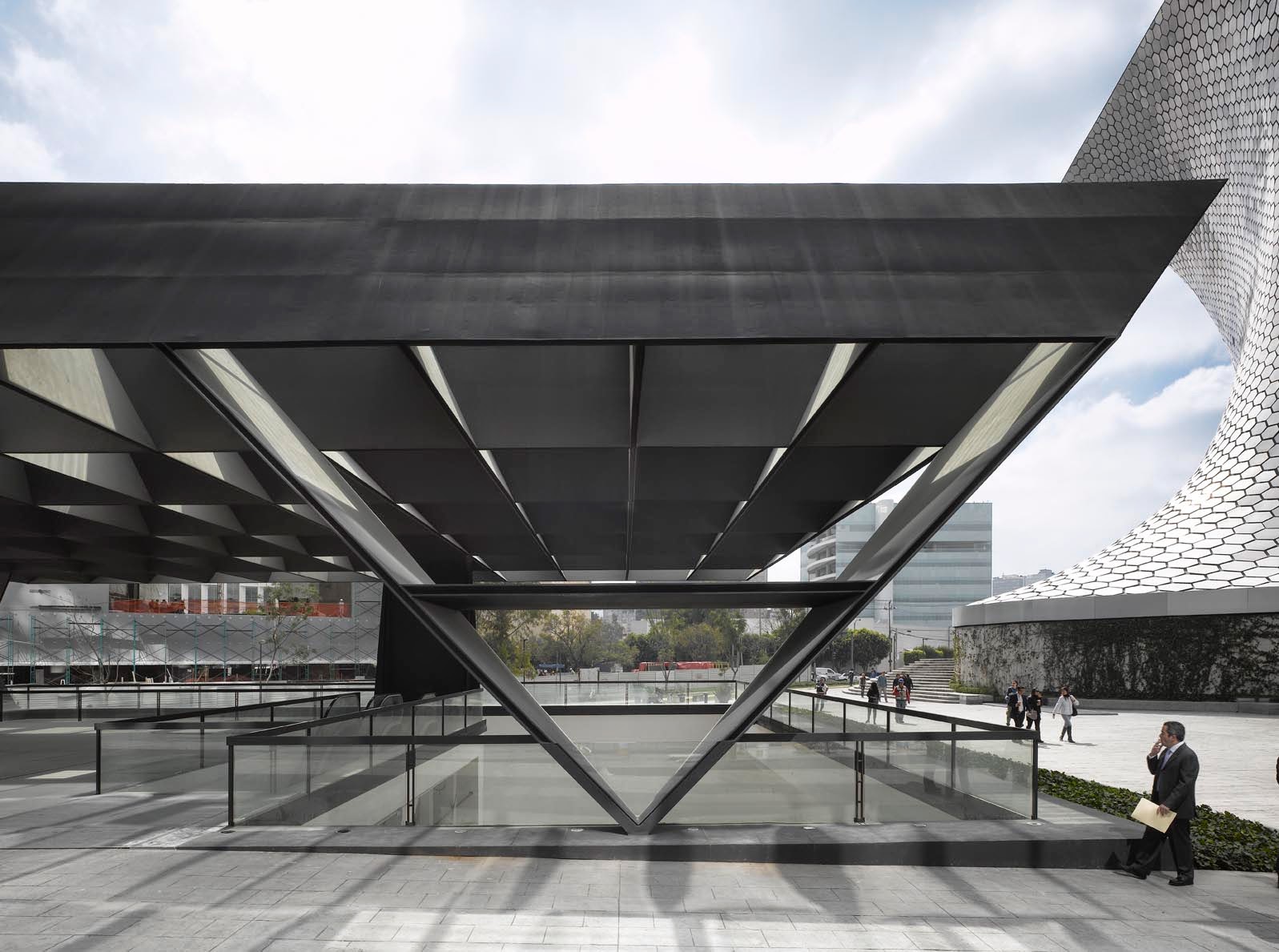 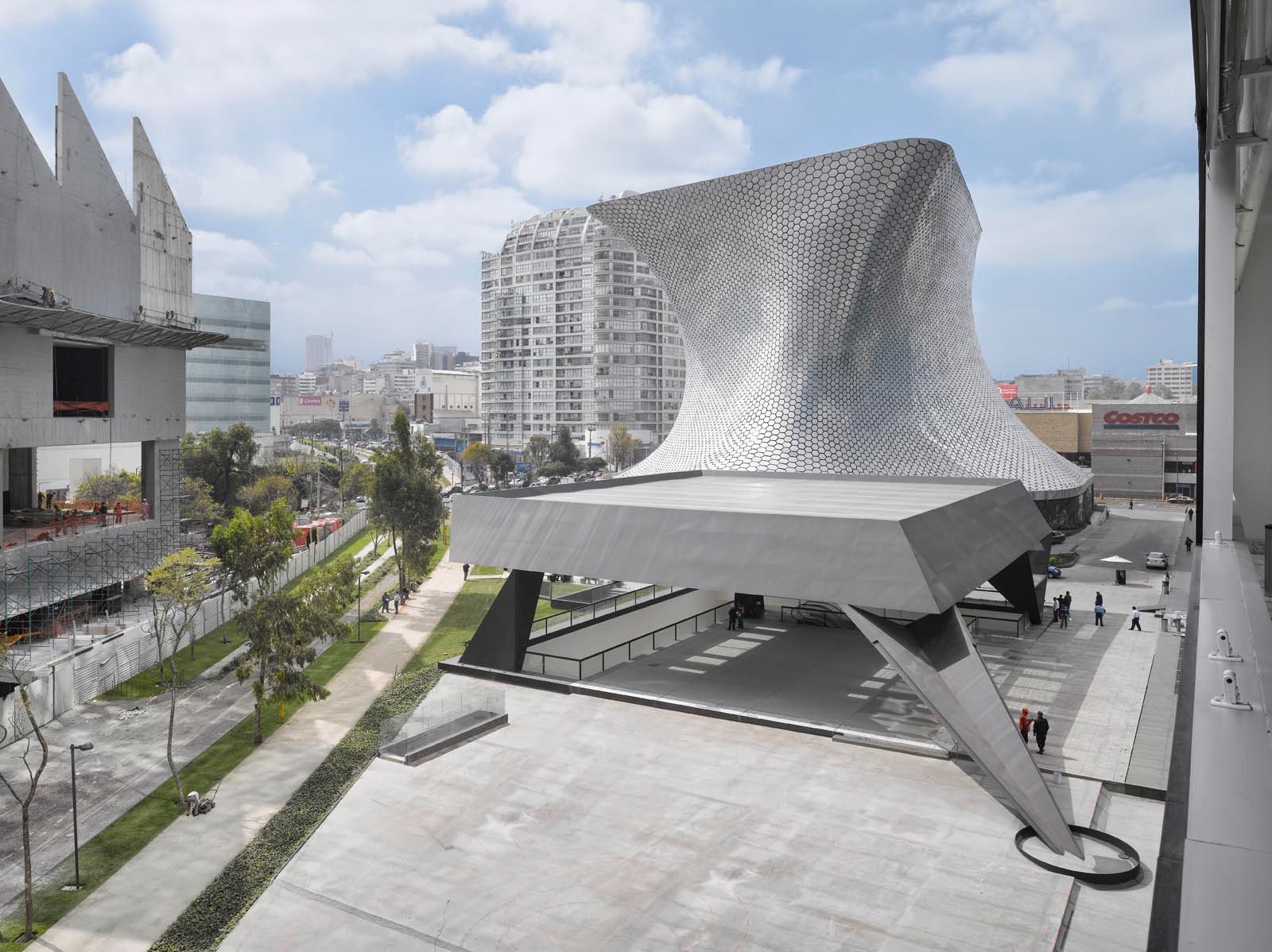 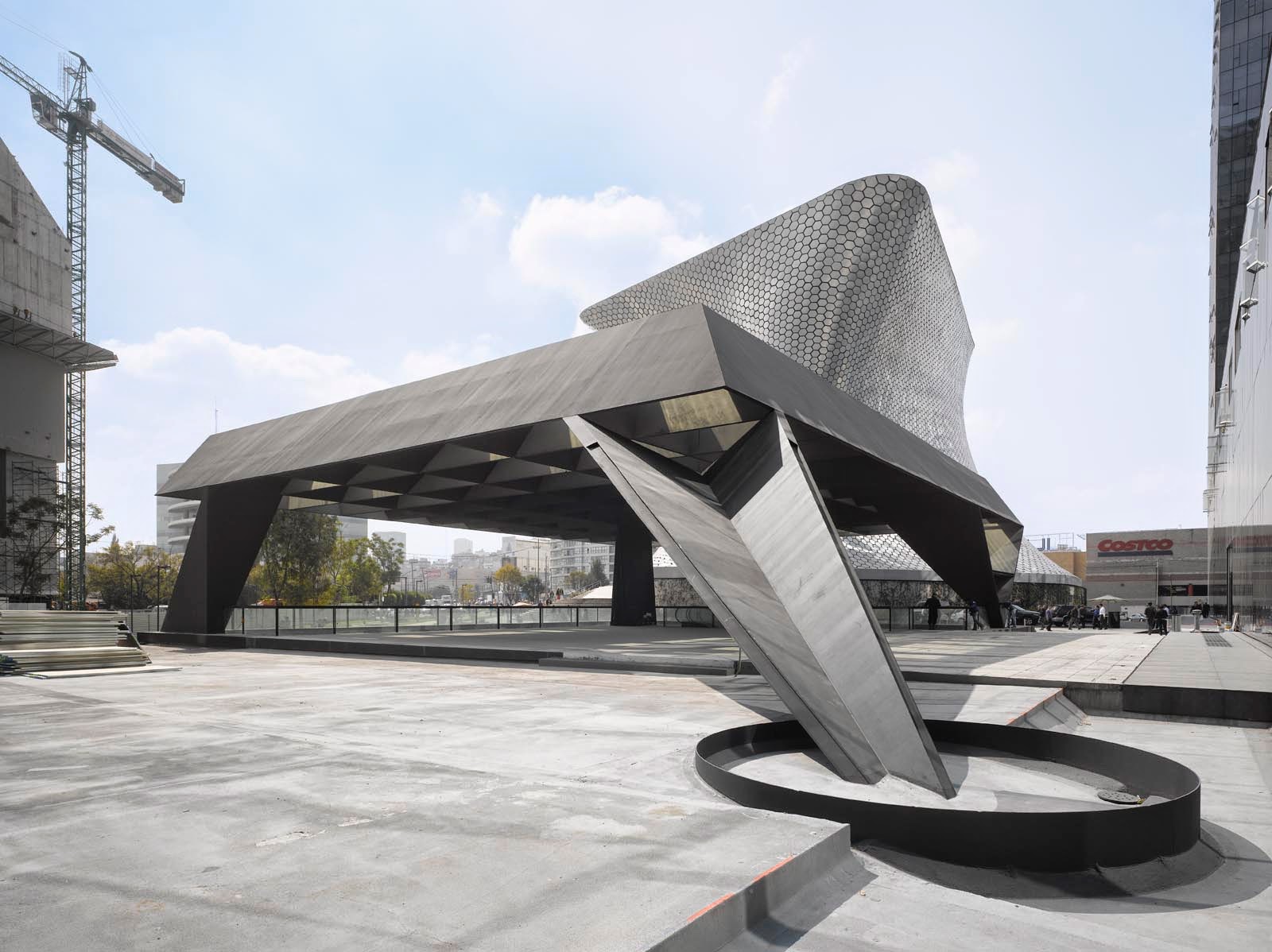 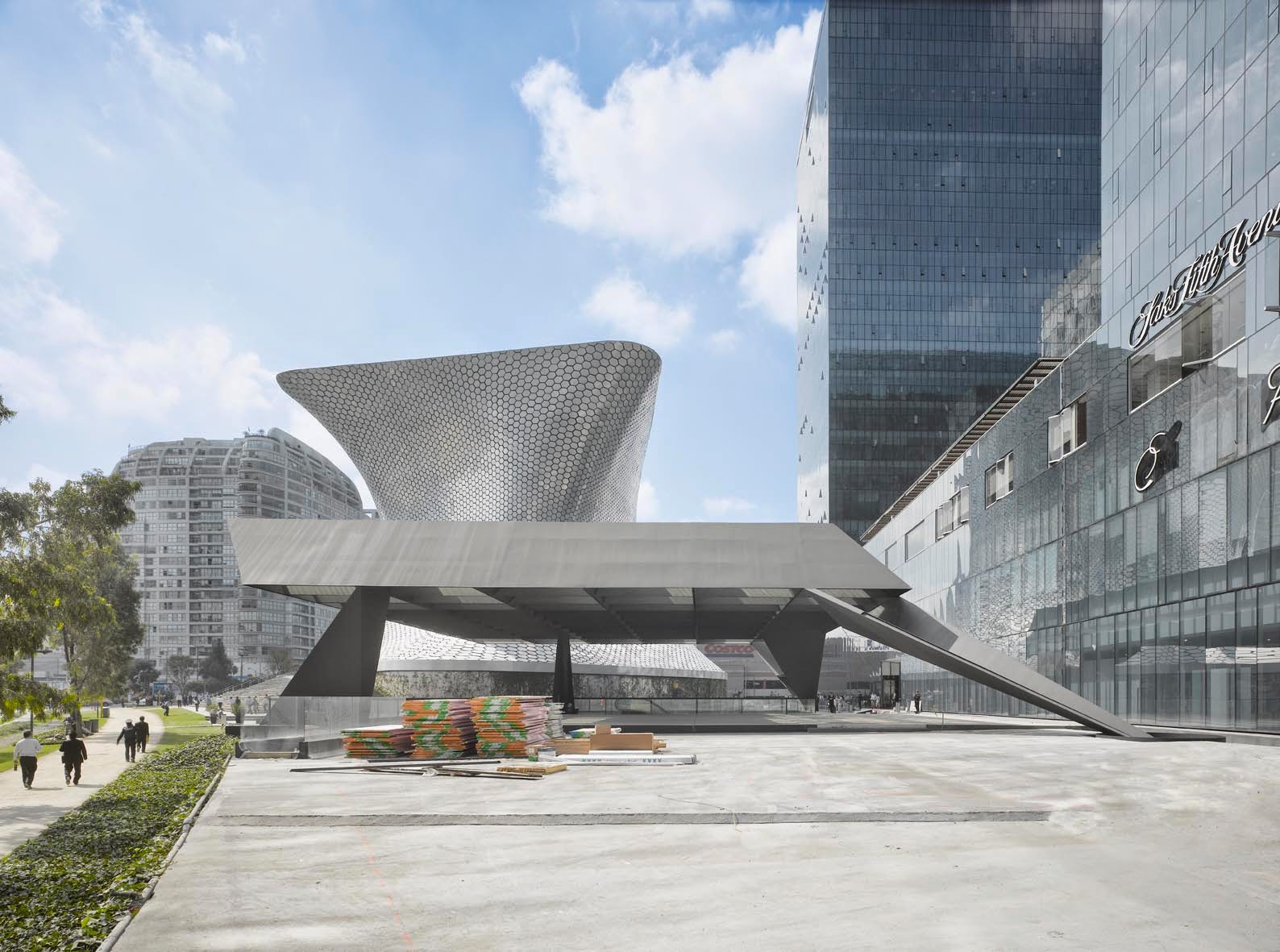 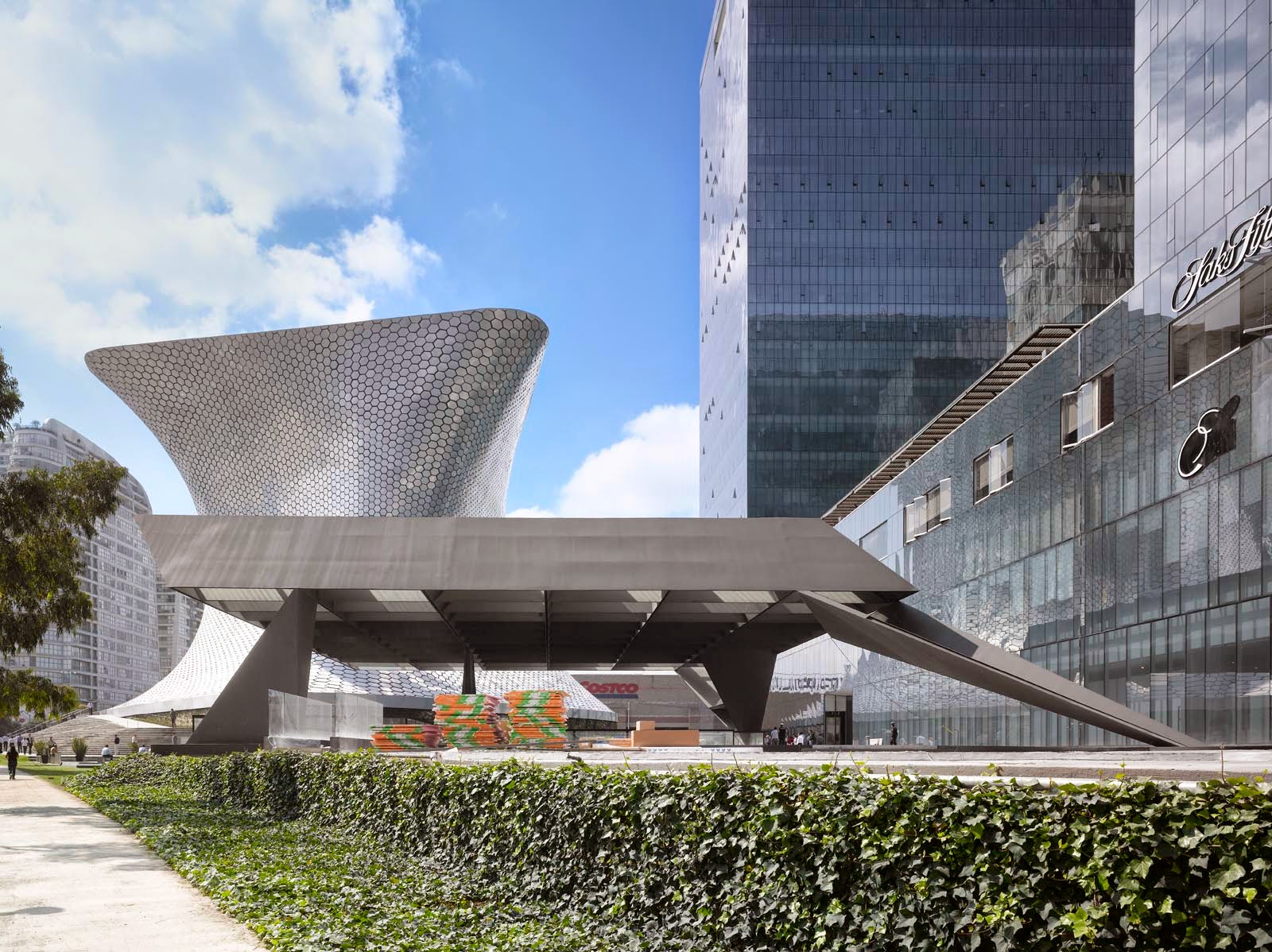 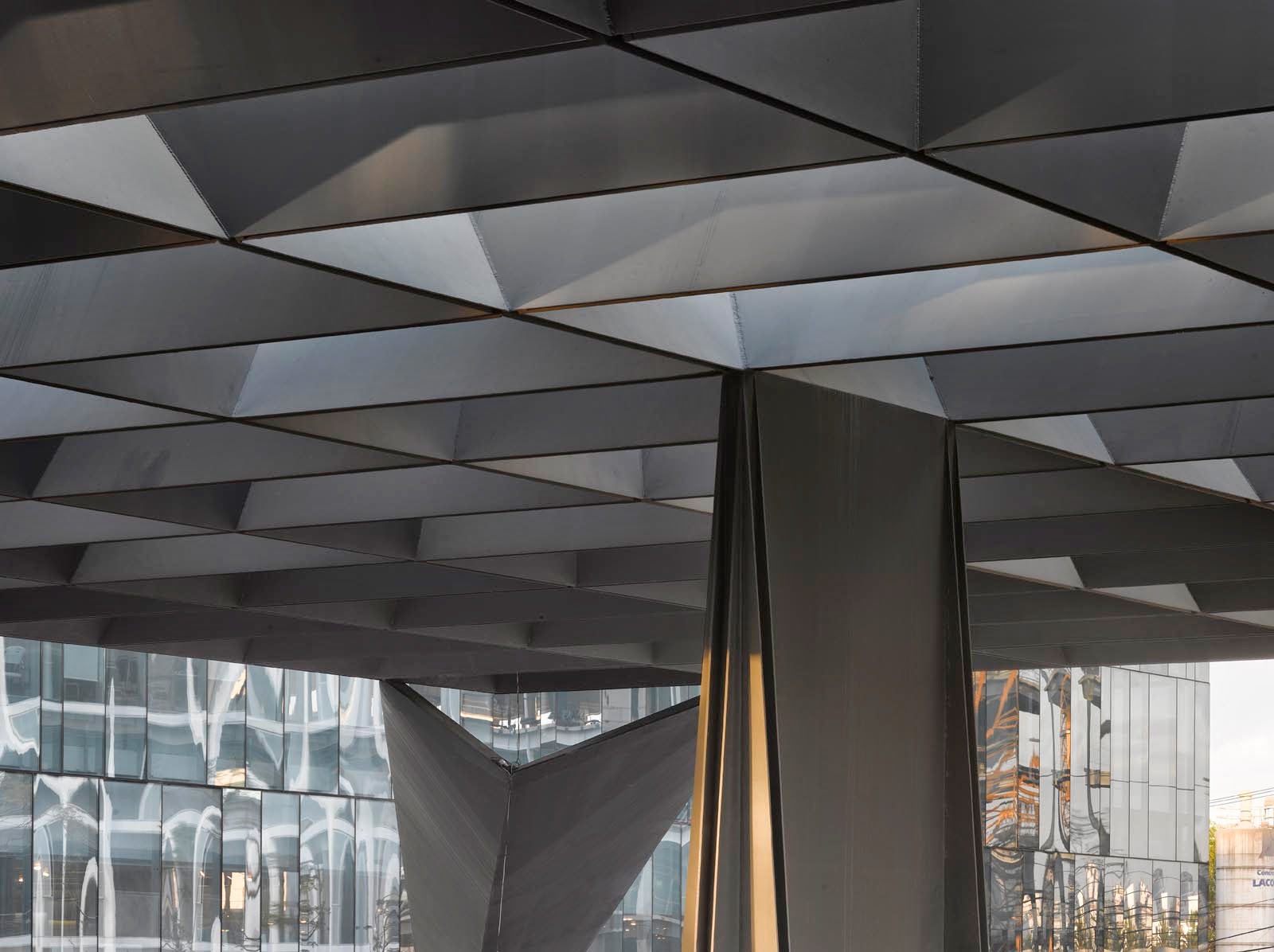 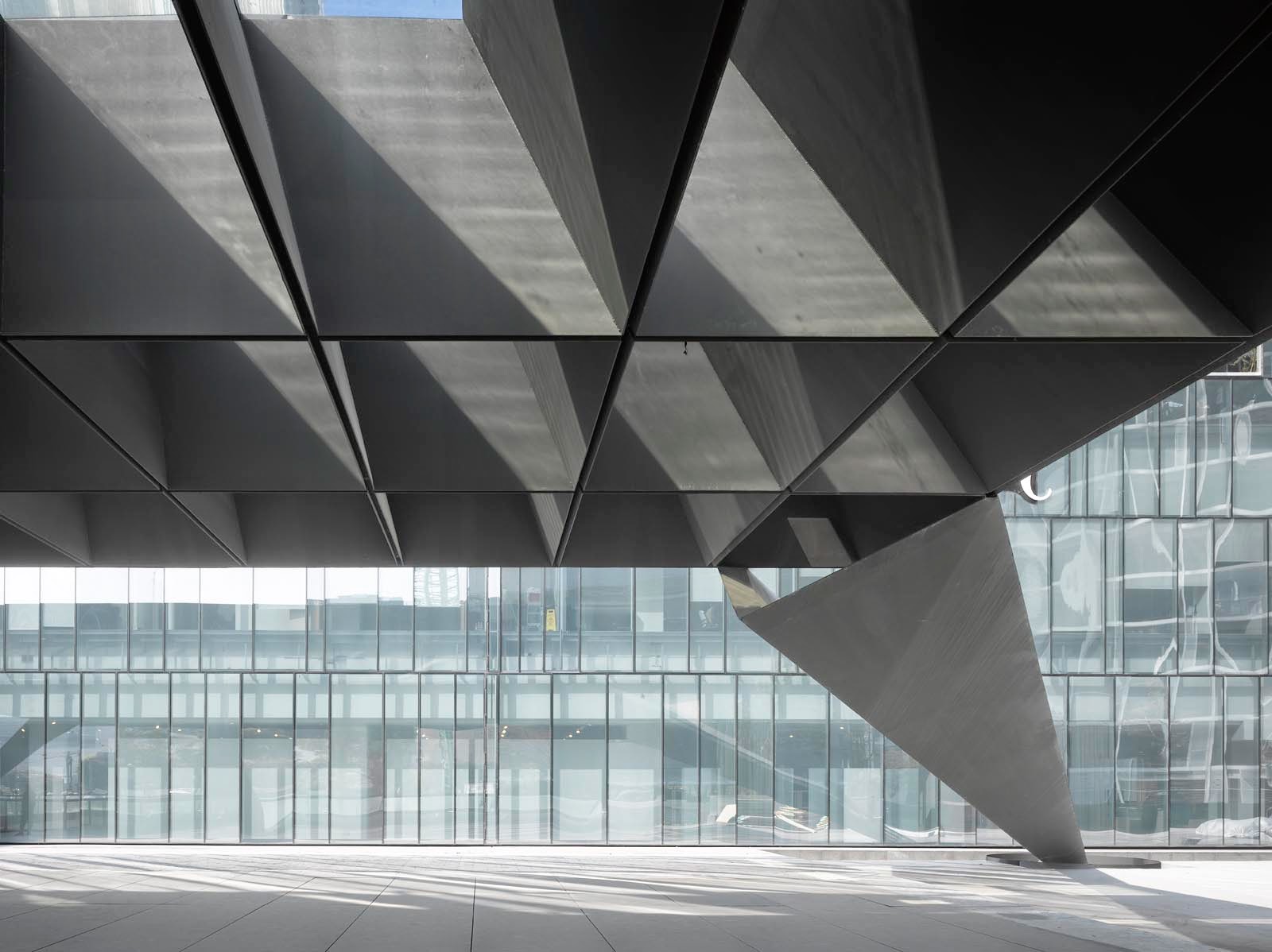 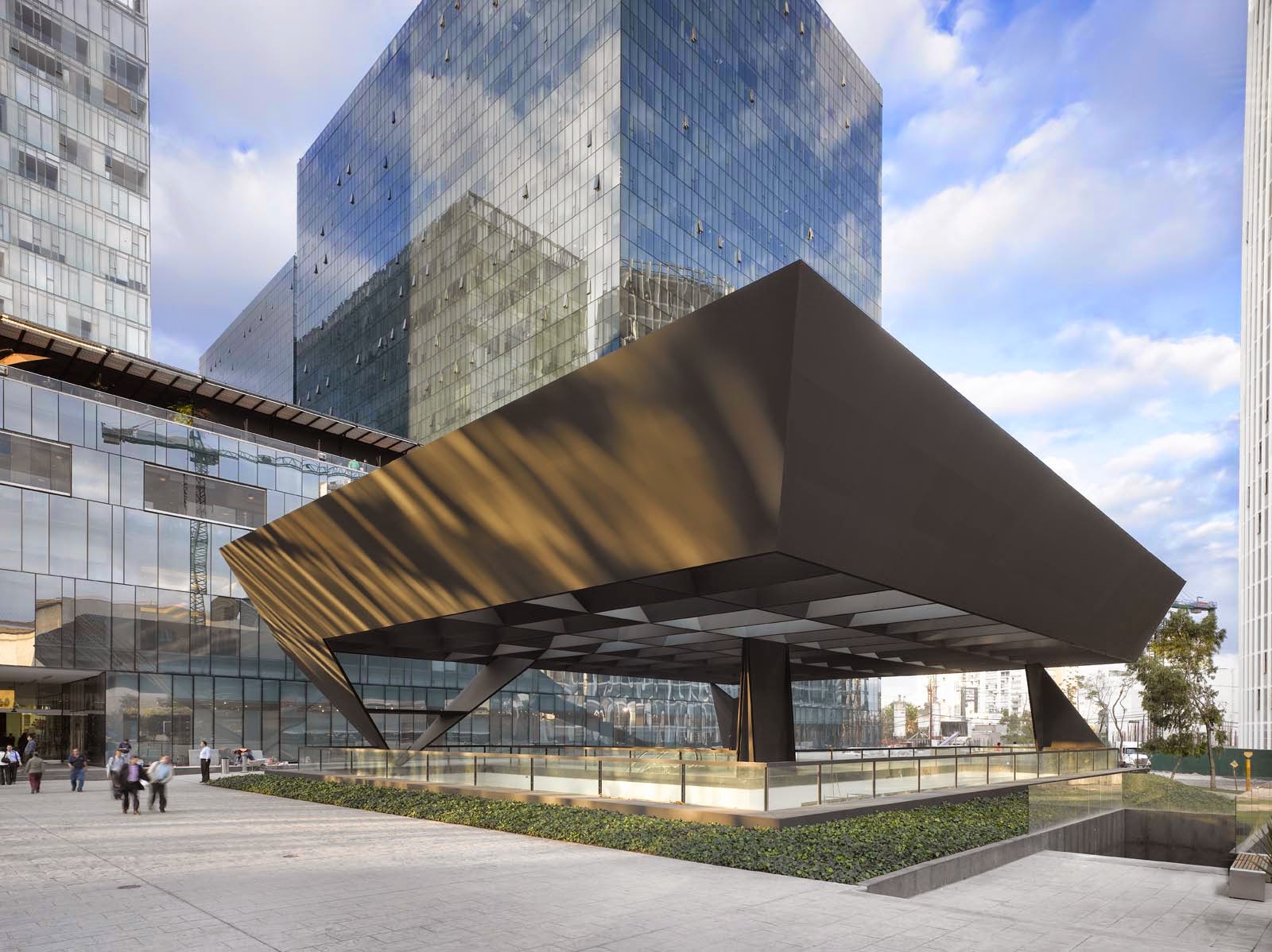 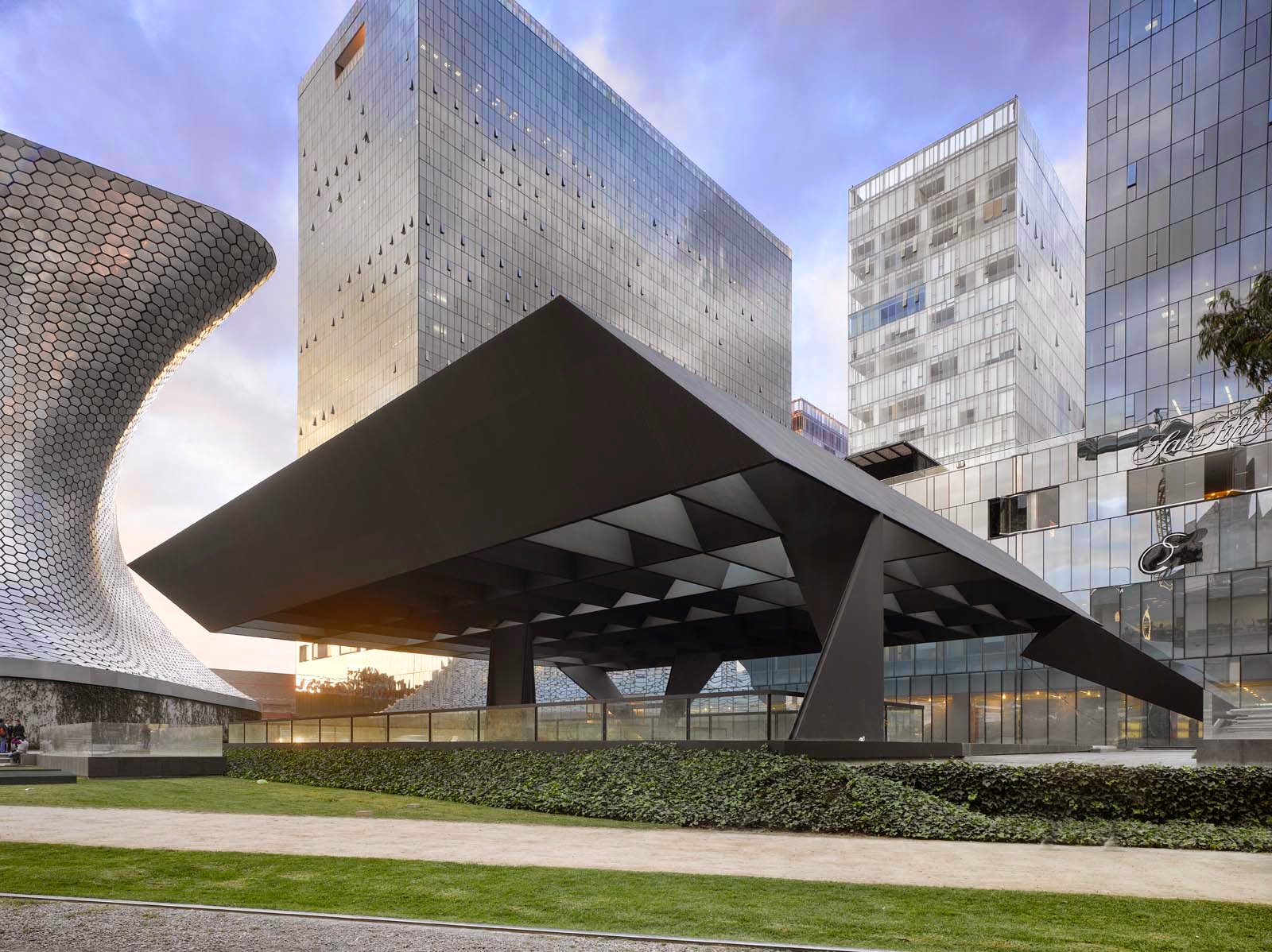 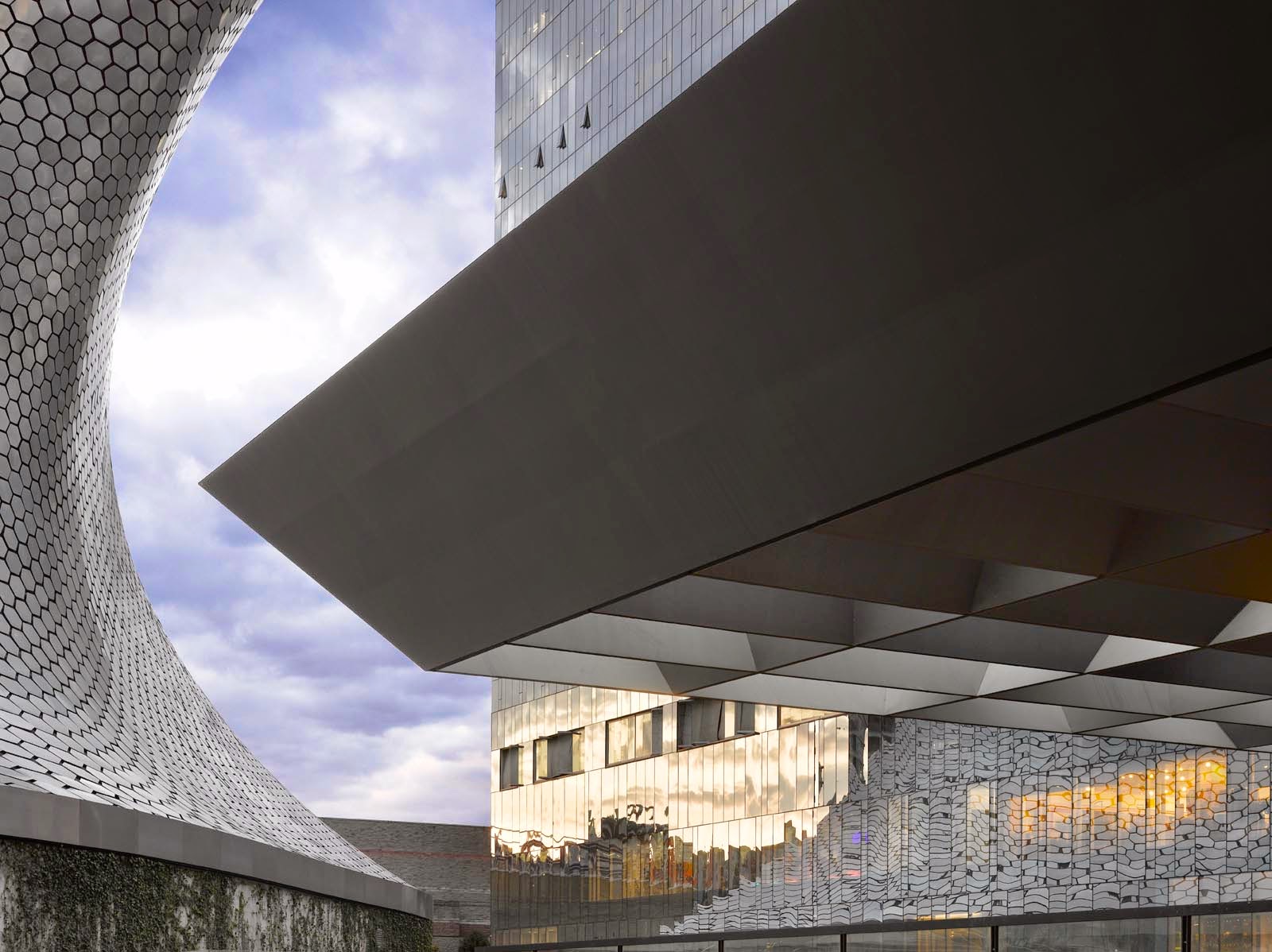 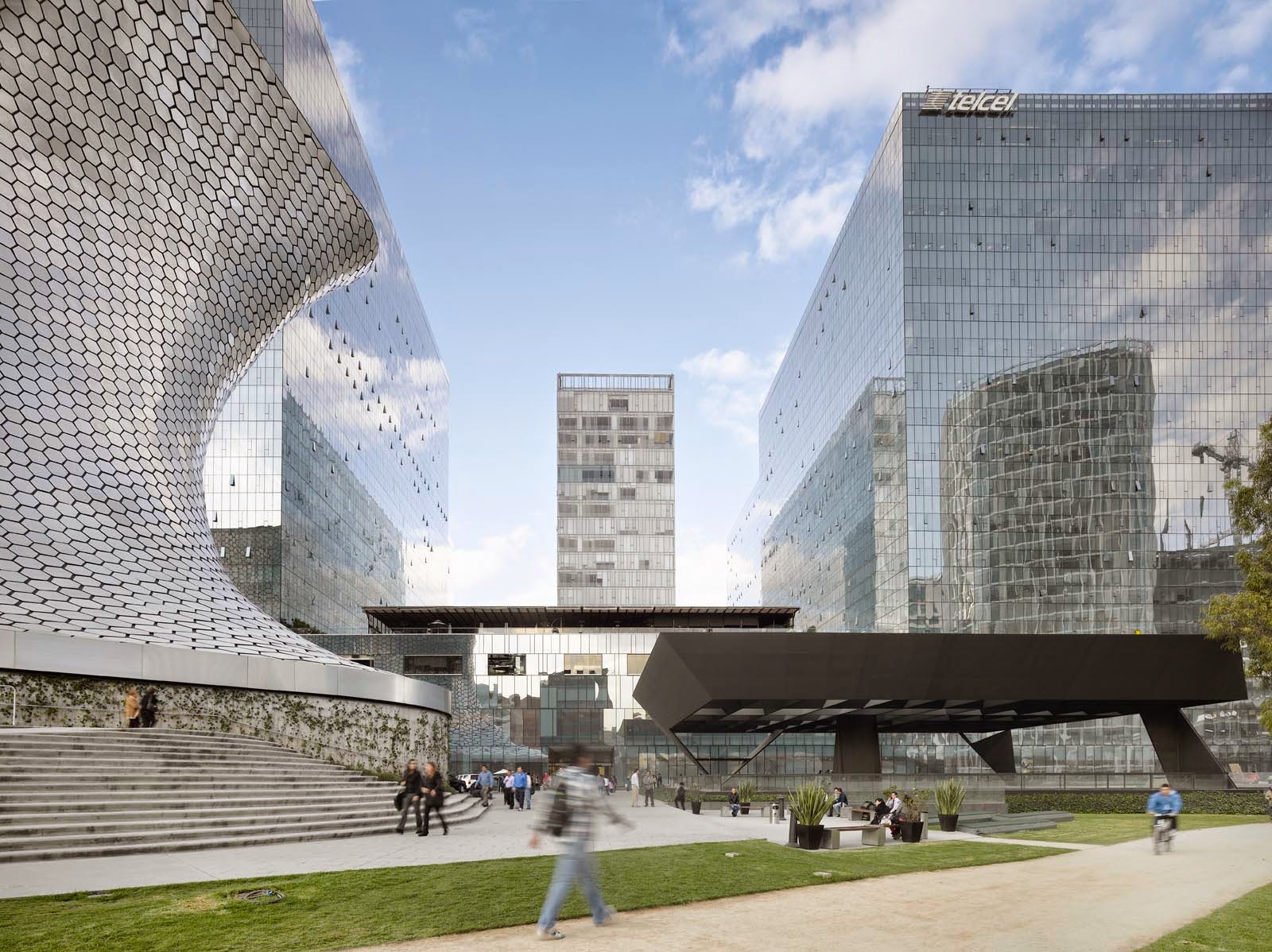 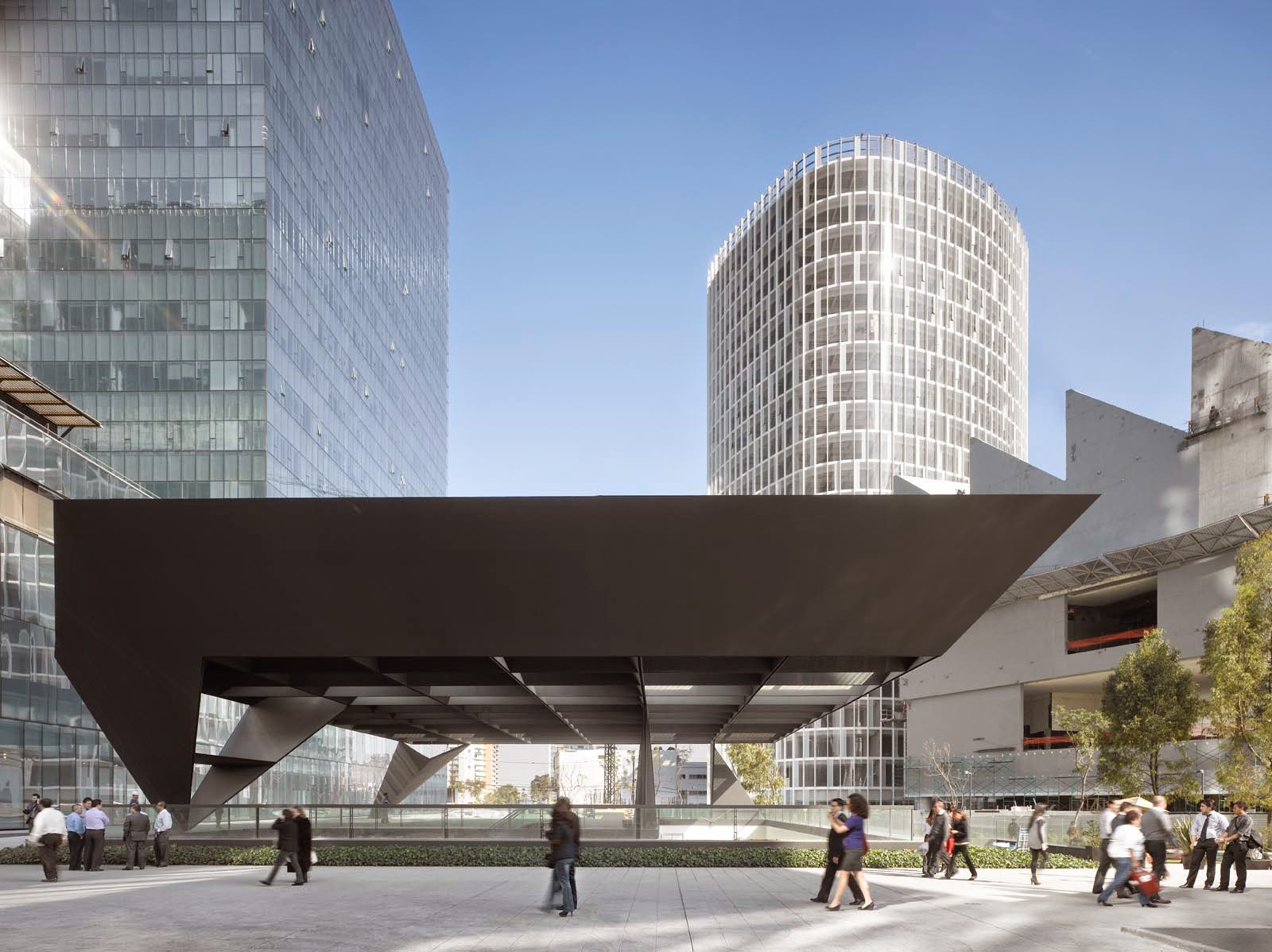 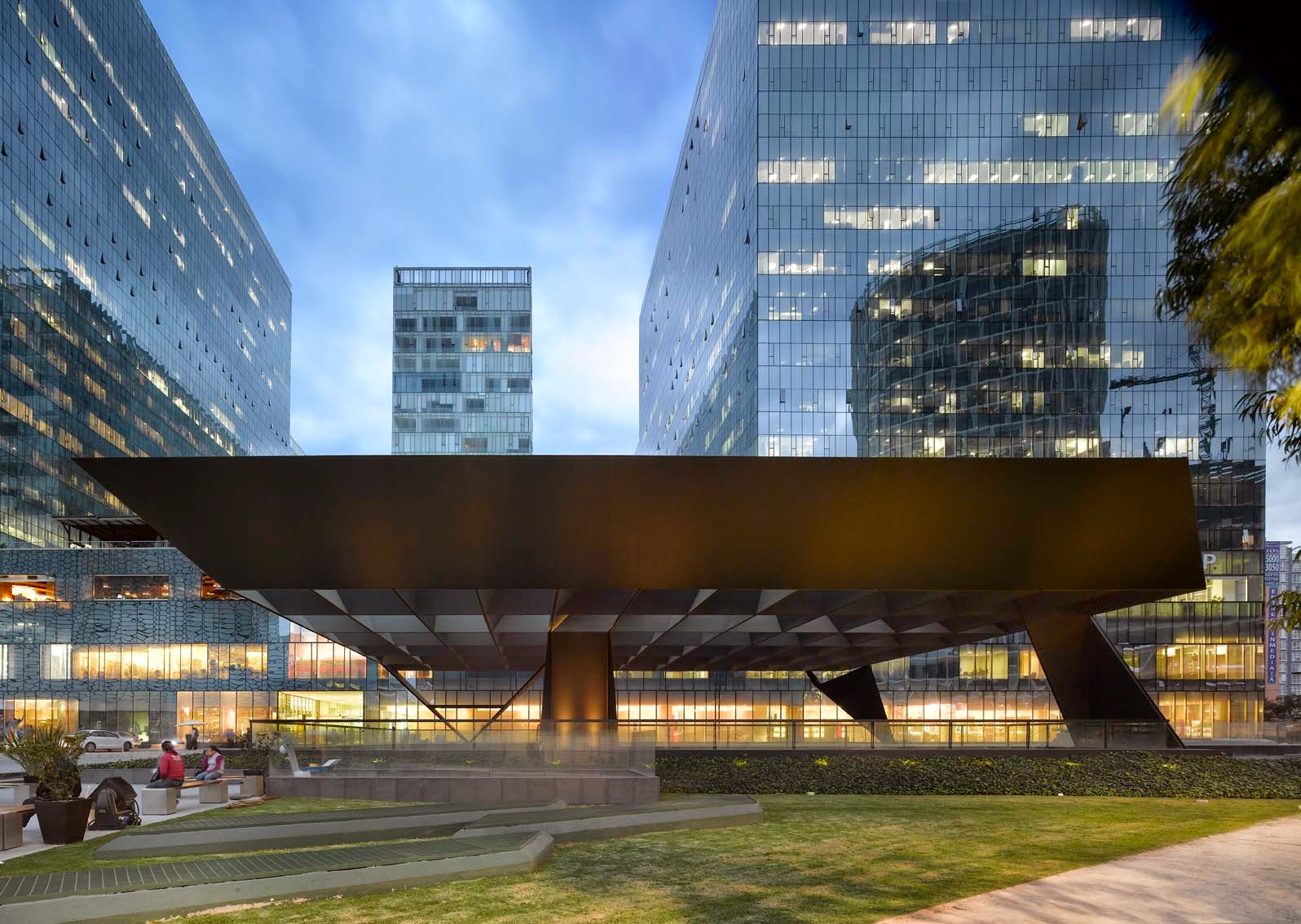 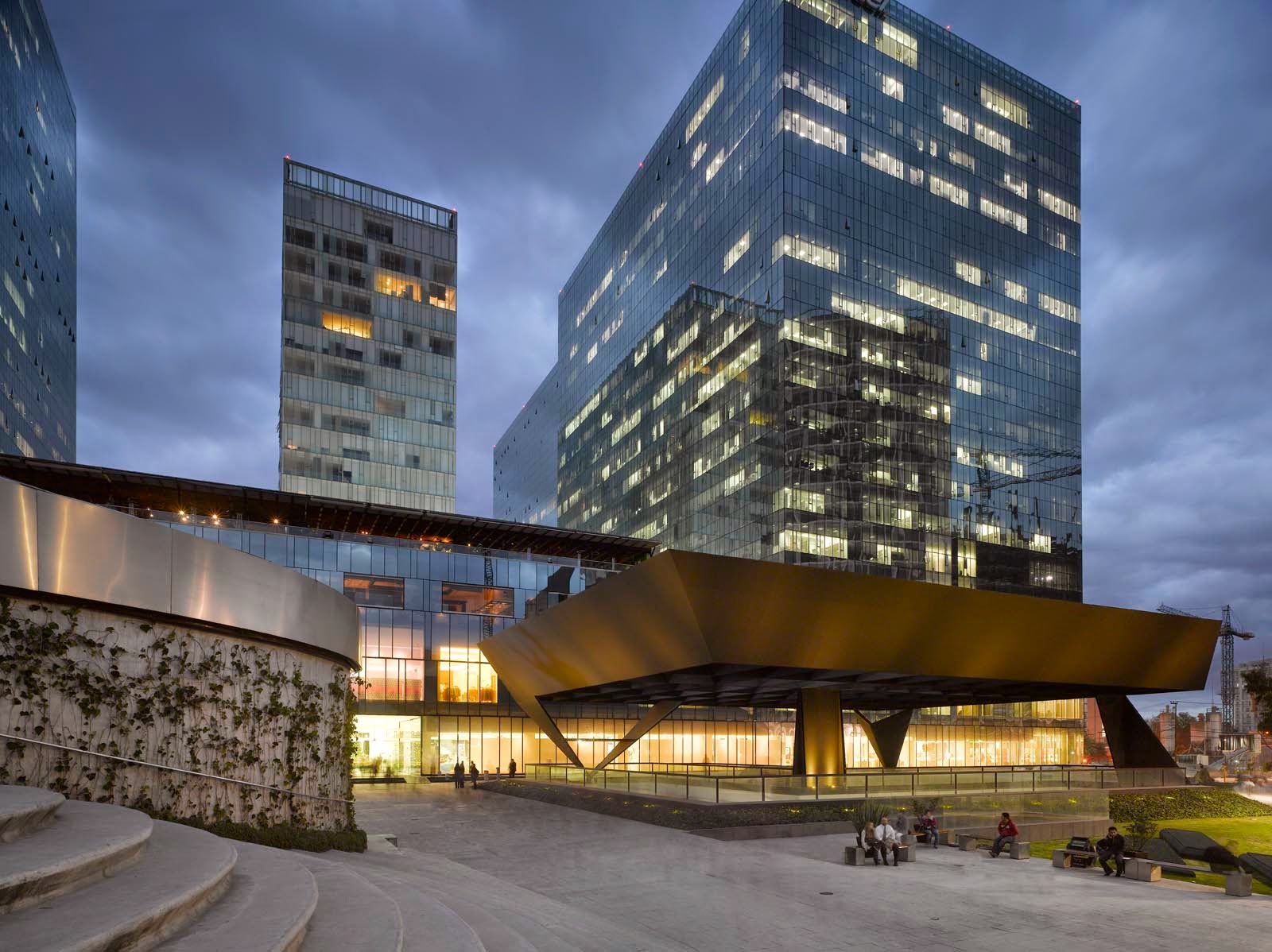 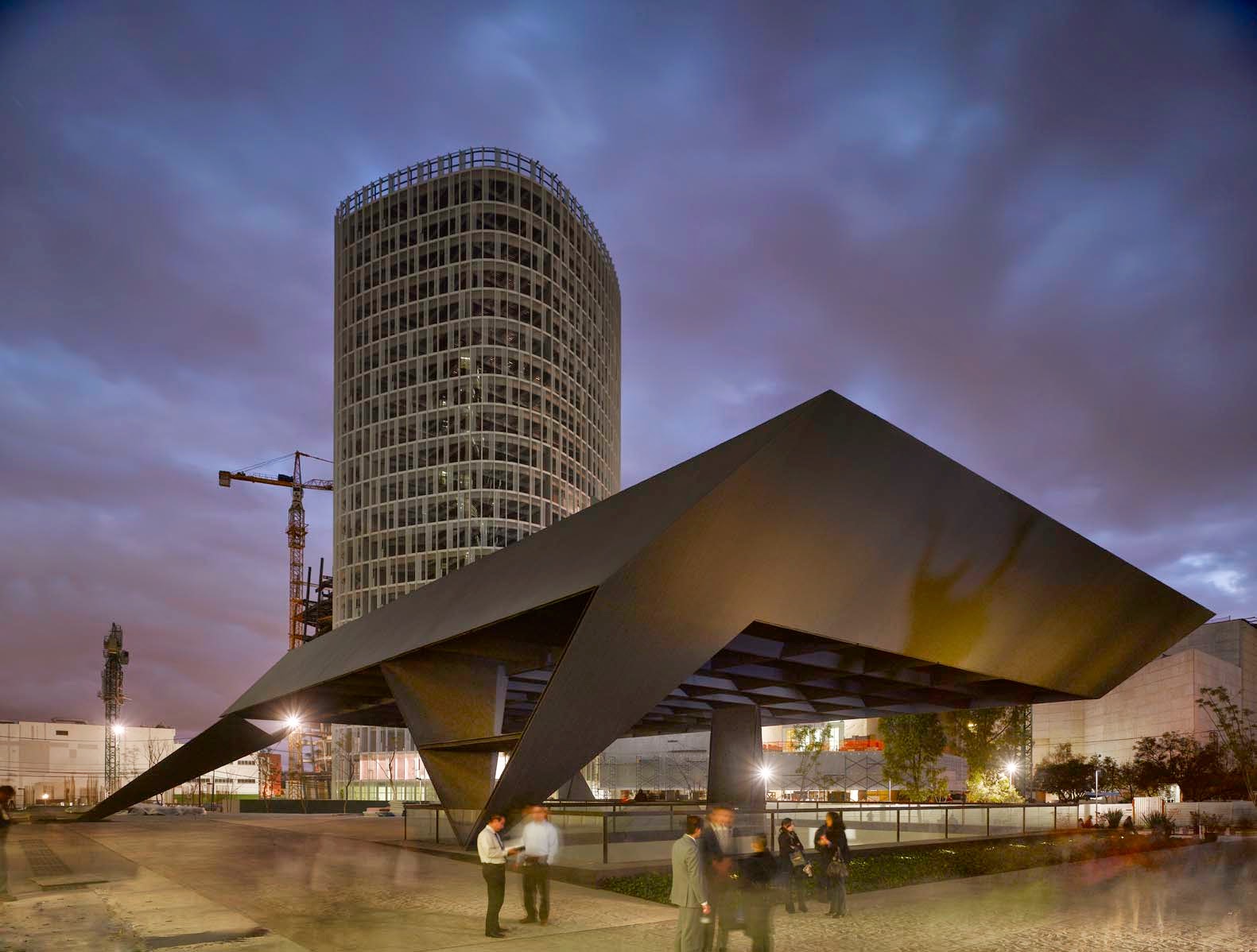 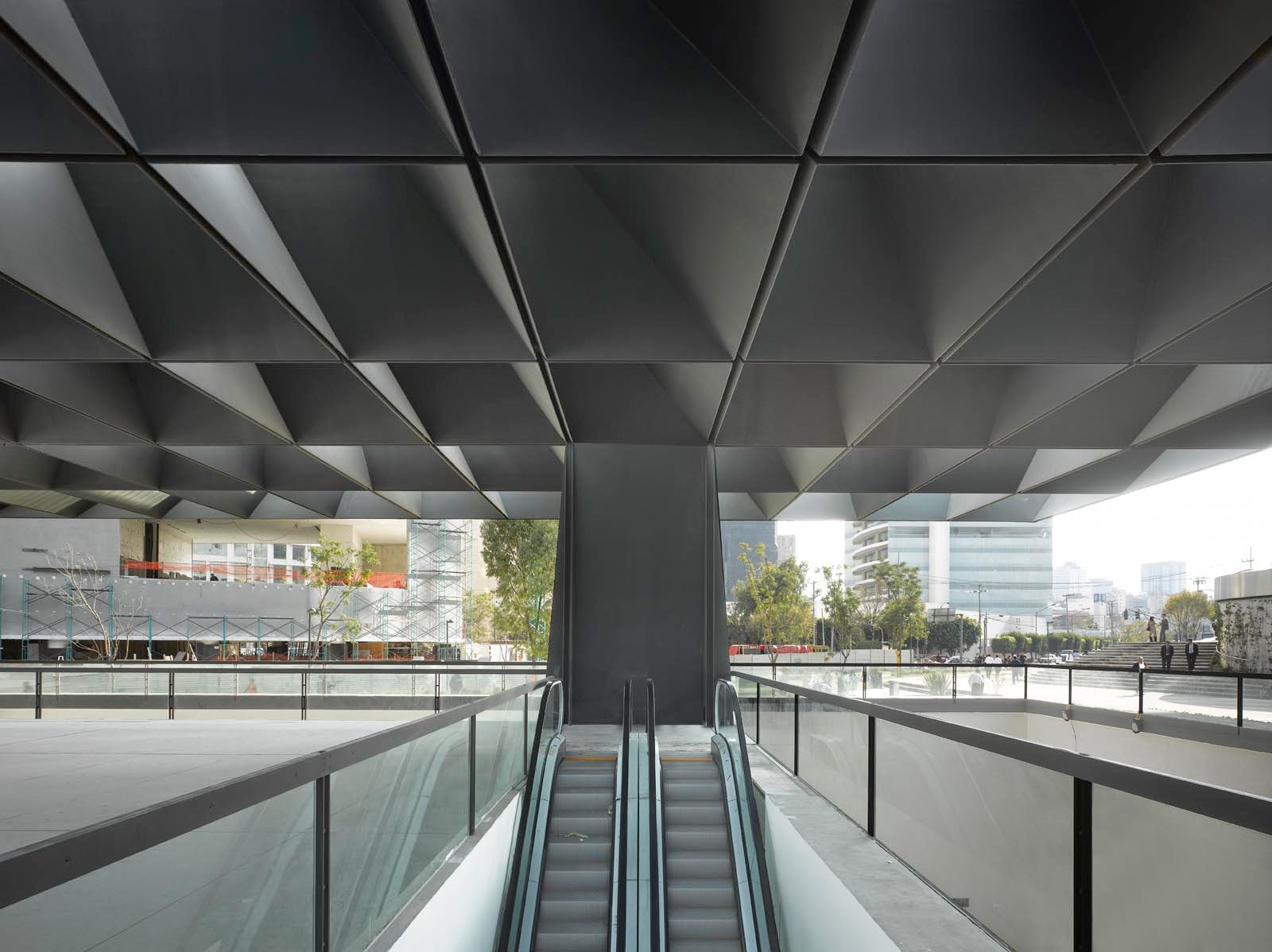