Project's description on ARCHDAILY [by the architect]:
"Kew Garden’s Tree Top Walkway opened on 24th May 2008, Kew’s Year of the Tree, to over 9,000 visitors. The Walkway is a thrilling experience, taking visitors 18m high into the tree canopies for a birds-eye view of Kew, providing insights into the special role of trees in our breathing planet and the intimate views of a deciduous woodland and its inhabitants from within the tranquillity of the leaves. Inspiration for the walkway was drawn from the ancient Fibonacci sequence found repeatedly in nature.

In conjunction with the Walkway, an underground ‘Rhizotron’ exhibition space is attached and which explores various themes associated with tree root biology, climate change and the relationship between tree roots and microorganisms. Its appearance is inspired by a natural cracking within the earth to reveal a dark and dynamic space rich with exciting and educational content.

Marks Barfield Architects designed the walkway to be a visually light, discreet presence, at ease in its natural surroundings; while at the same time being unashamedly man-made. They decided to integrate the structure with the handrail support and drew on the Fibonacci sequence, which underlies many growth patterns in nature. By using the progressive series of numbers associated with the sequence (1,1,2,3,5,8,13,21,34, etc), we were able to work to create a ‘Fibonacci grid’ along a typical walkway truss, resulting in a higher density of elements near the trussends where the vertical loads are highest.

A major challenge was to strike a balance between enabling visitors to get as close as possible to the tree canopies and being mindful of the complex tree root system below ground. A radar survey was undertaken to understand the extent of tree root activity at the proposed pylon and pile foundation locations. This enabled strategic positioning of the 12-18m long concrete piles between the major roots ensuring safety and longevity for the tress and walkway." 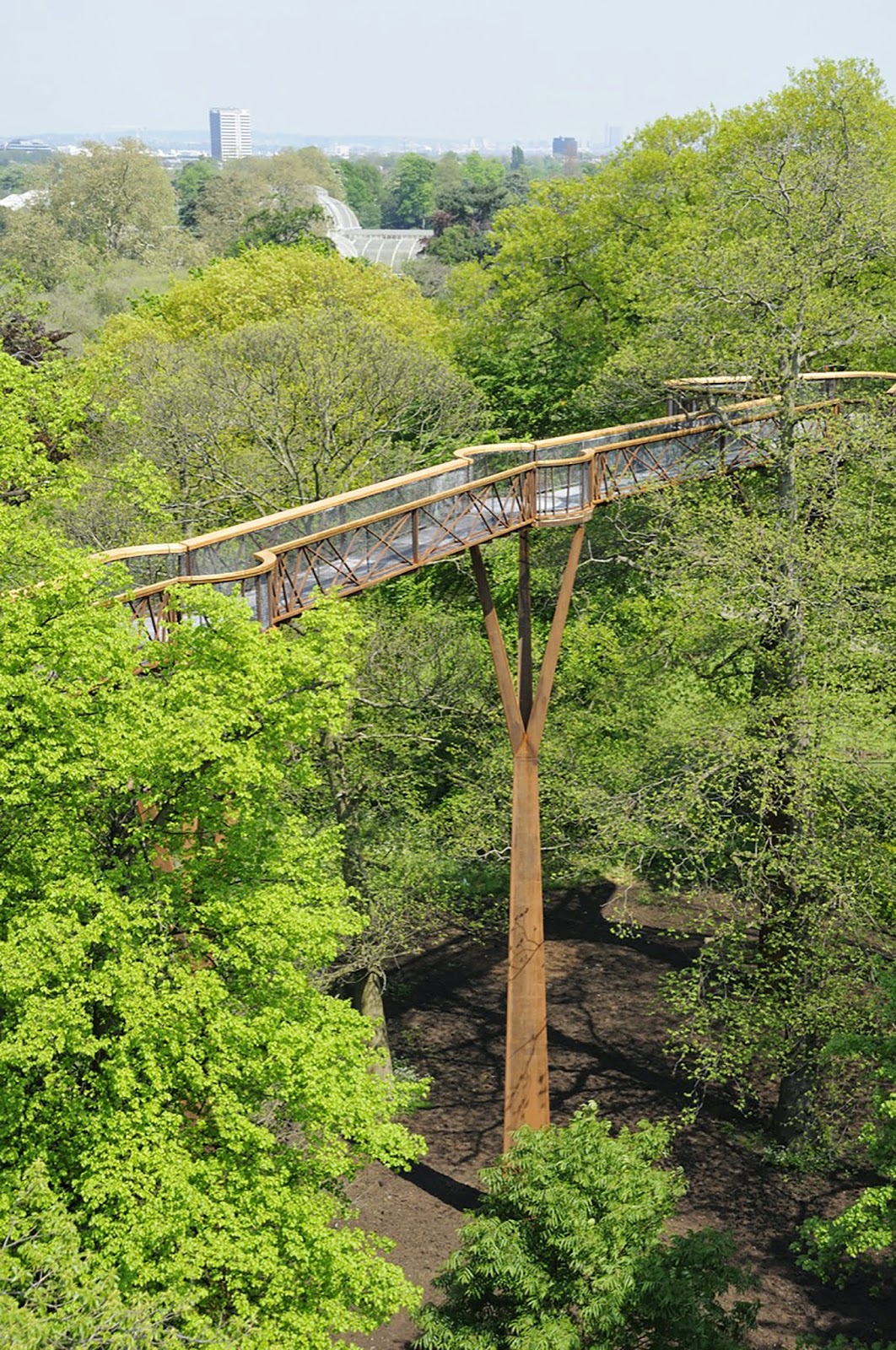 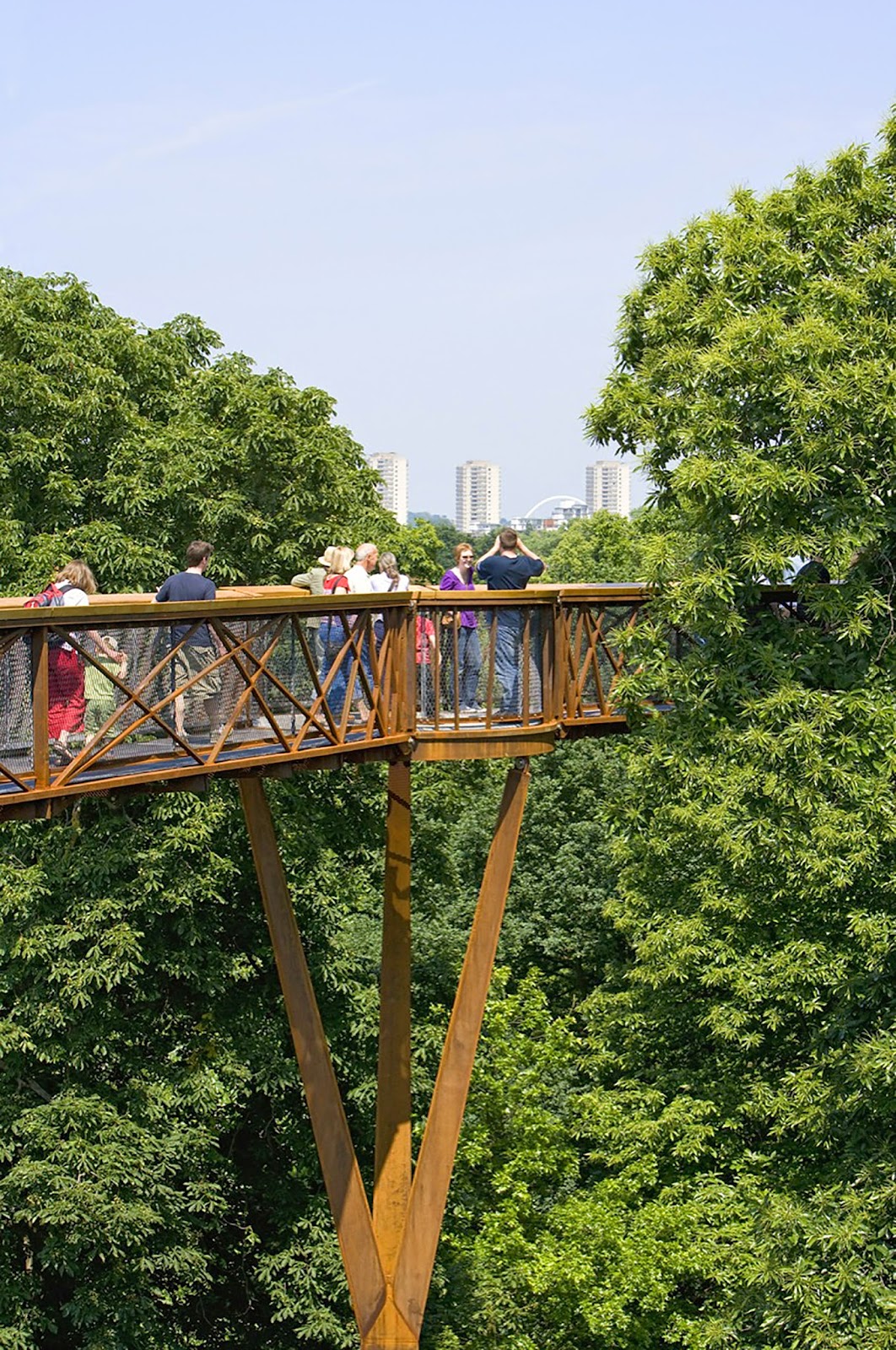 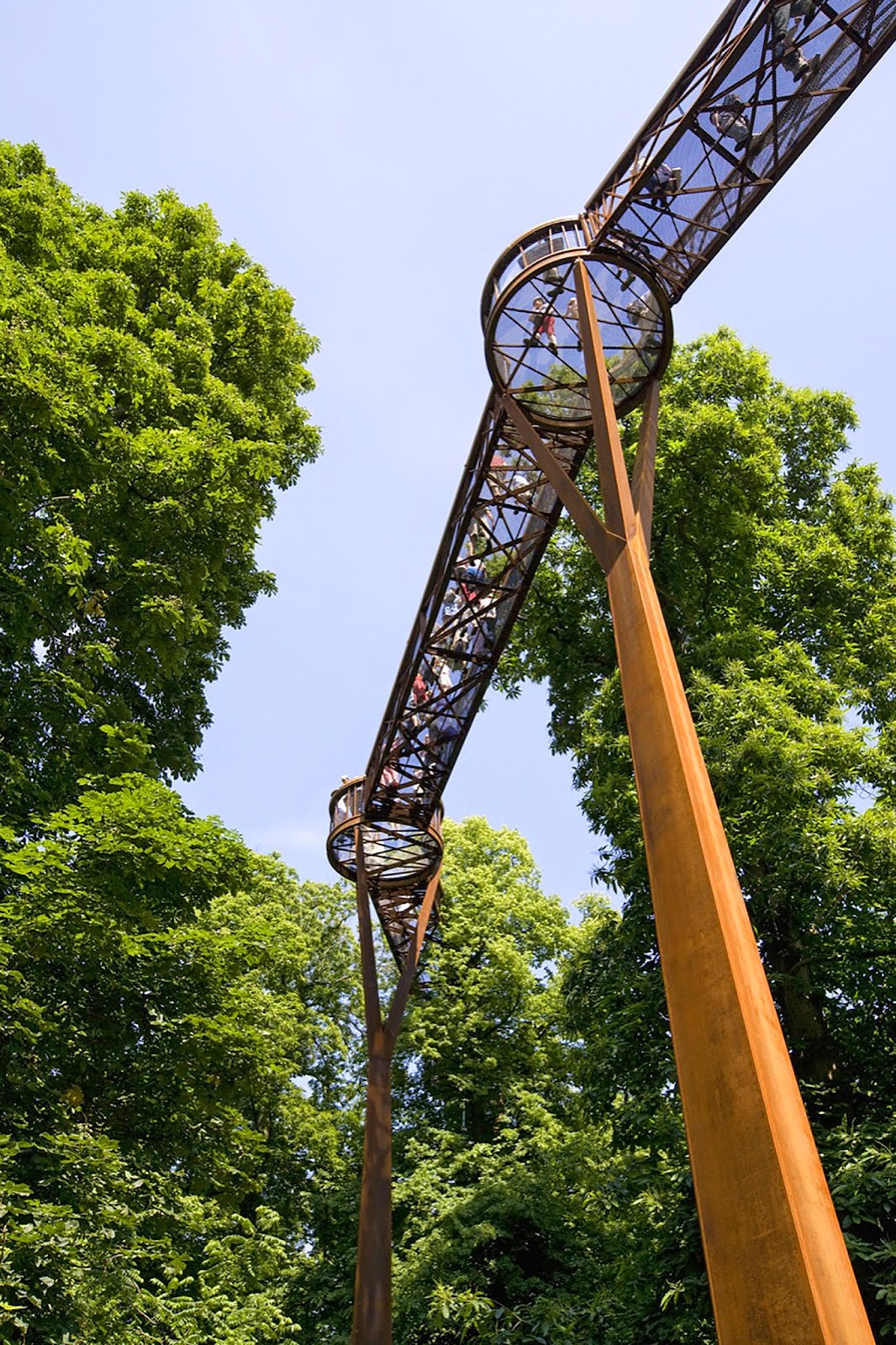 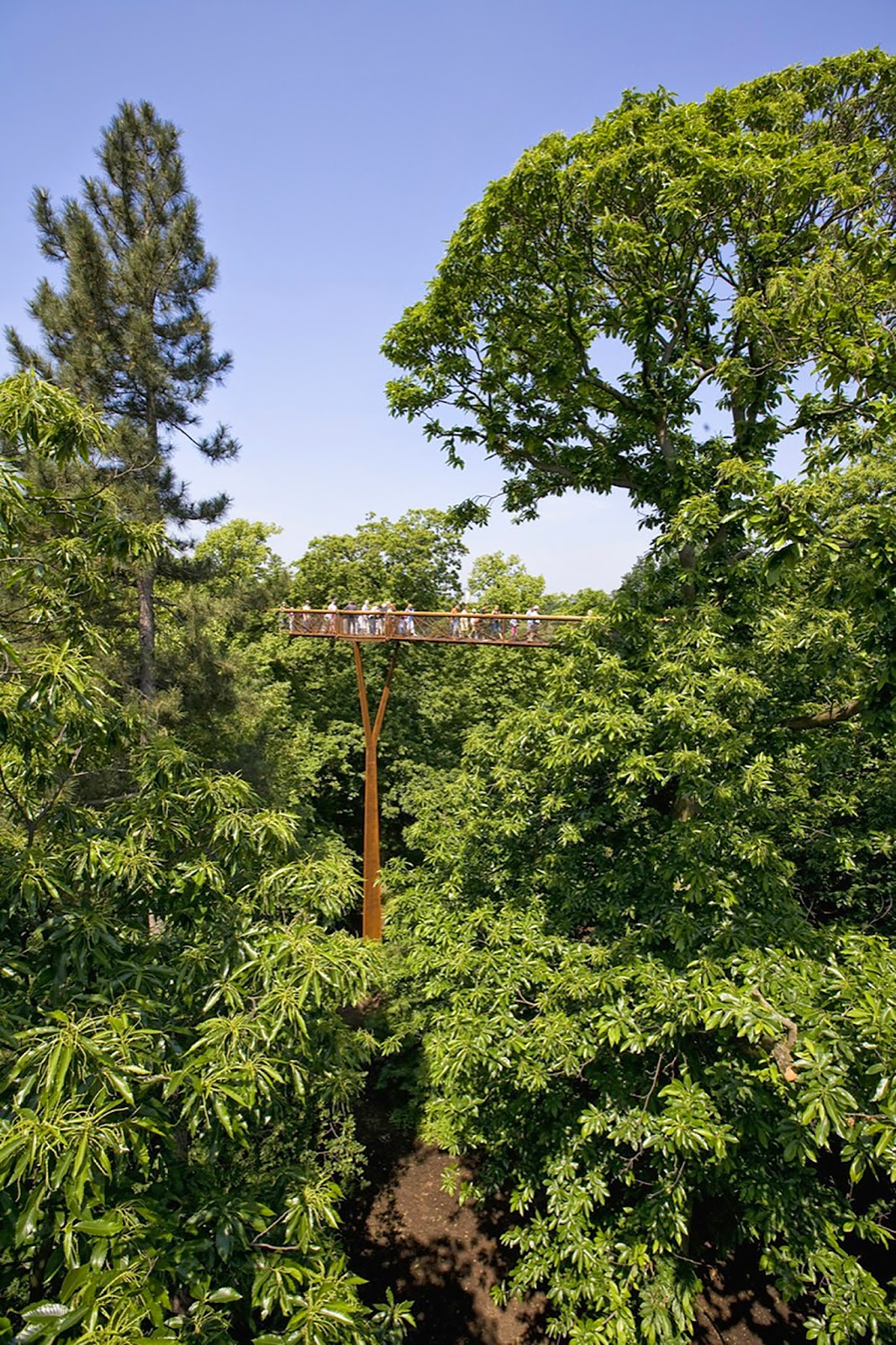 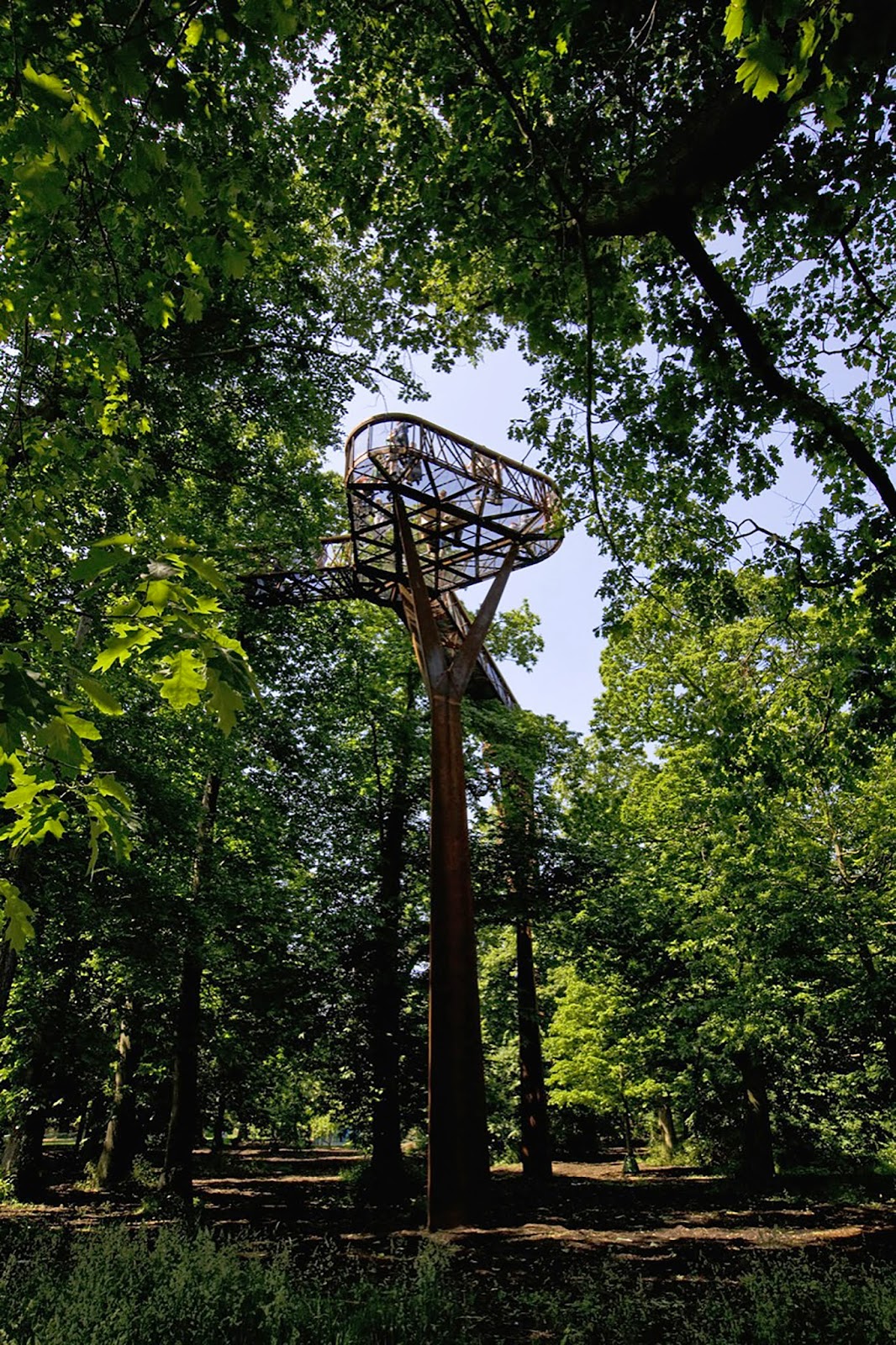 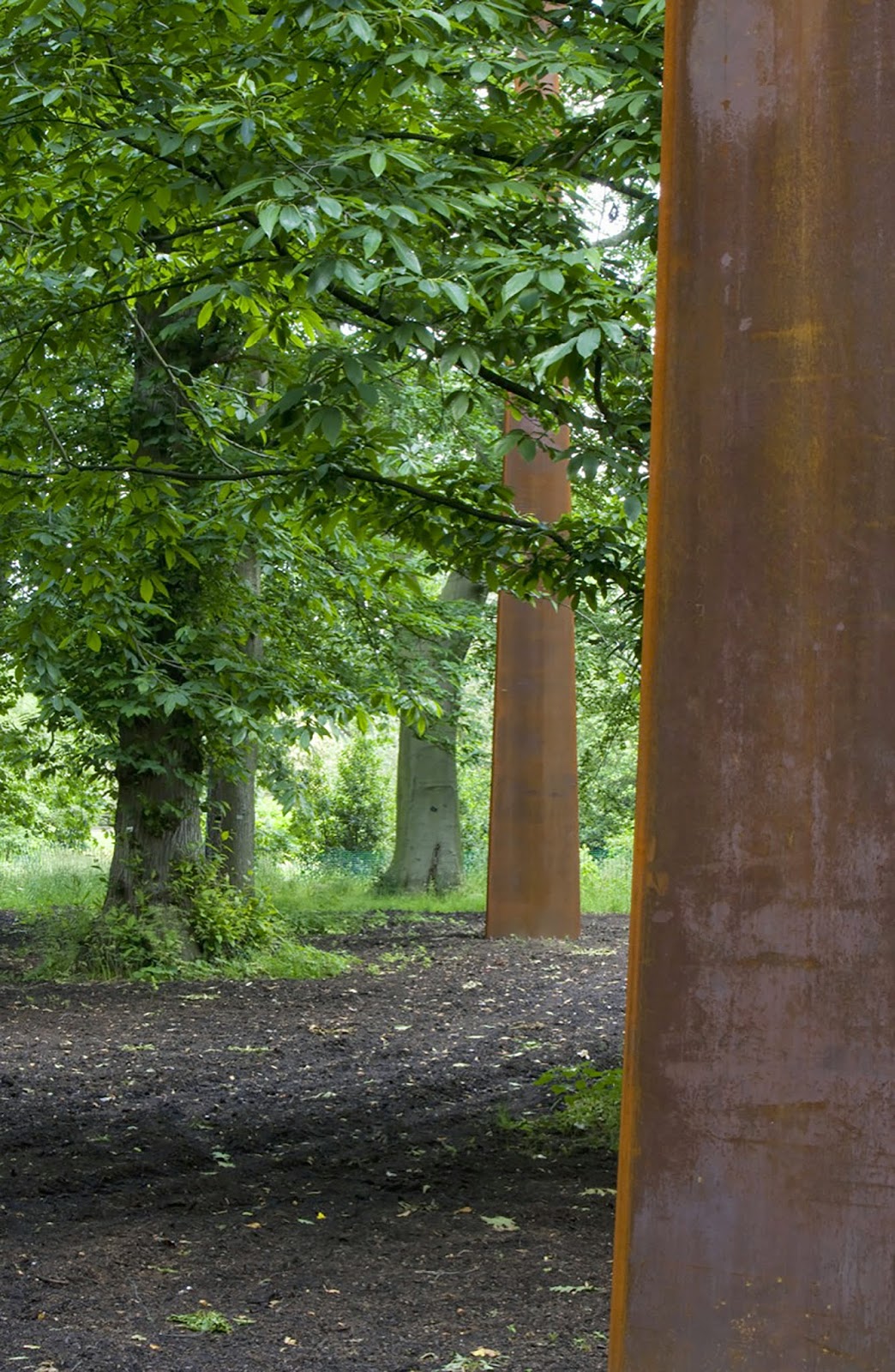 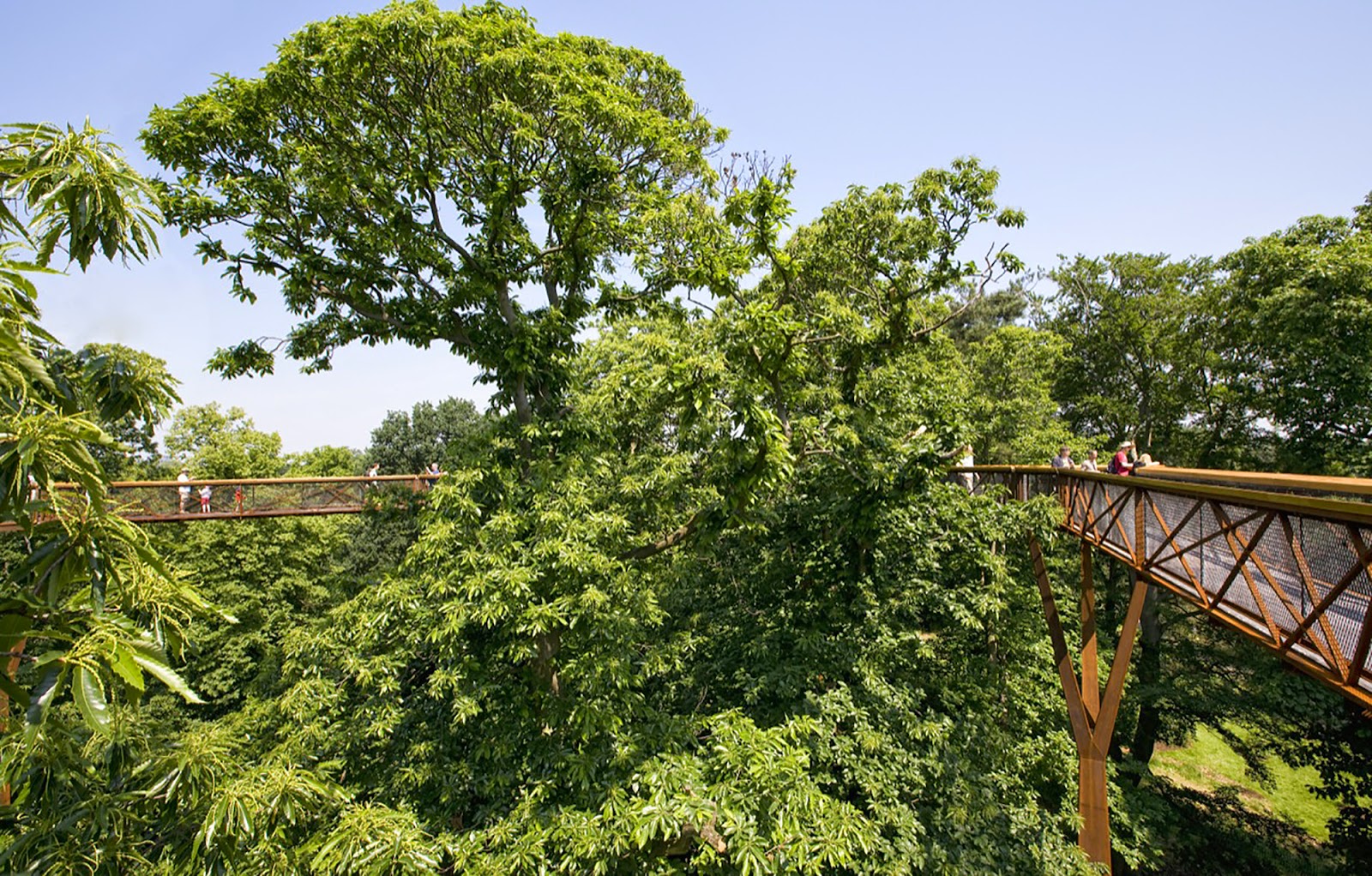 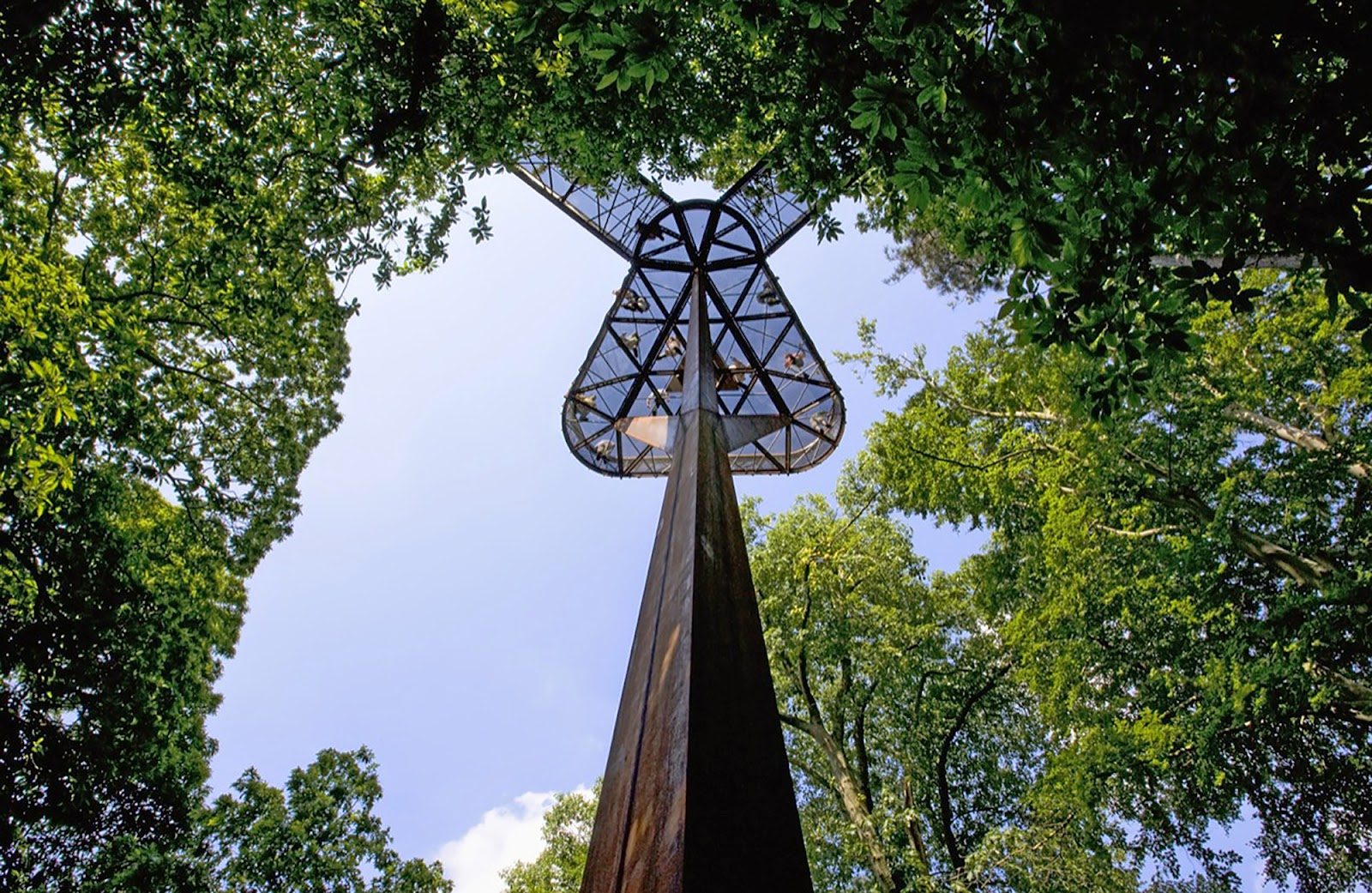 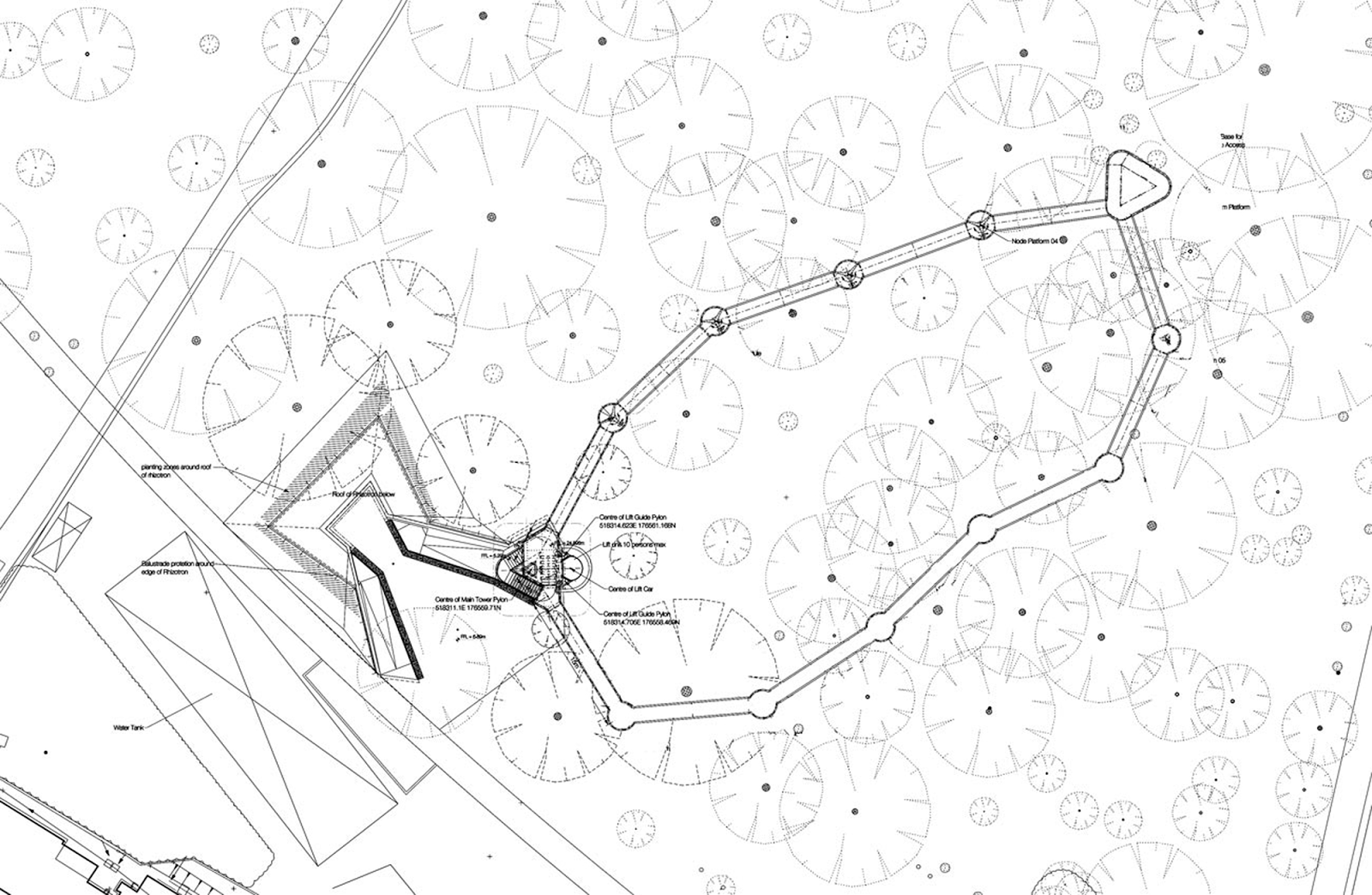 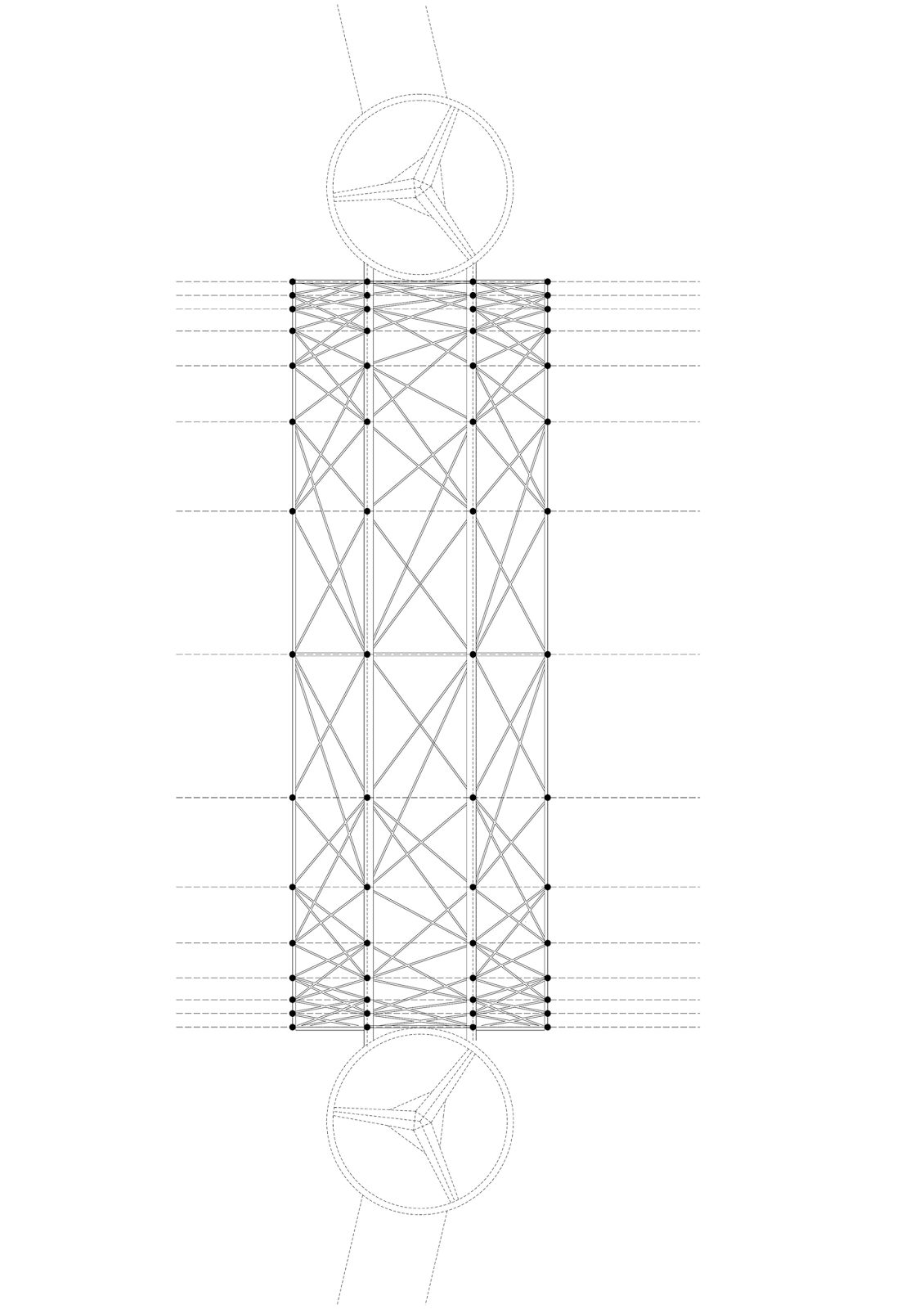