"In Orbit" installation, by Tomás Saraceno

Today we share the installation "In Orbit" (developed by Tomás Saraceno), featured in ArchDaily. Assembled 20 meters above the ground in the city of Dusseldorf (Germany), the installation will be available to visit in Kunstsammlung Nordrhein-Westfalen museum until September 7th. All images belong to Tomás Saraceno Studio.


“To describe the work means to describe the people who use it – and their emotions,” explains Tomás Saraceno concerning his largest installation to date, planned over the past three years in collaboration with engineers, architects, and arachnologists – experts on spiders and spider webs.

This highly contemporary safety net, which covers altogether 2500 m², spreads itself out across three levels below the massive glass cupola of the K21 and the levels are held apart from one another by a series of “spheres,” airfilled PVC balls measuring up to 8.5 meters in diameter.

Viewed from below or from intermediate levels of the Ständehaus, and against the background of the glass cupola, conversely, the people enmeshed in this net seem to be swimming in the sky. For the artist, this floating space becomes an oscillating network of relationships, neural pathways, resonances, and synchronous communication – a new digital geography, one that is experienced in physical terms.

The various materials underscore Saraceno’s basic ideas of flow and lightness: “When I look at the multilayered levels of diaphanous lines and spheres, I am reminded of models of the universe that depict the forces of gravity and planetary bodies. For me, the work visualizes the space-time continuum, the three-dimensional web of a spider, the ramifications of tissue in the brain, dark matter, or the structure of the universe. With ‘in orbit,’ proportions enter into new relationships; human bodies become planets, molecules, or social black holes.

“Each individual strand not only holds visitors in place, but weaves them into itself, at the same time allowing them to act. It is like an outstretched network with an open character. An open, cosmic, woven structure that becomes densified, ramified, before flowing out into lines again at its edges. The web is singular in its relationship to the existing architecture.” 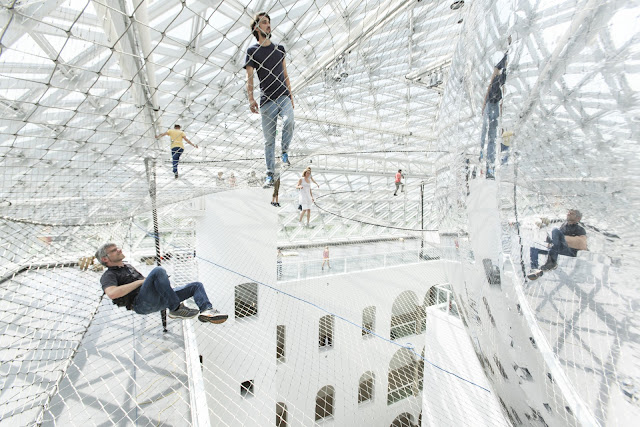 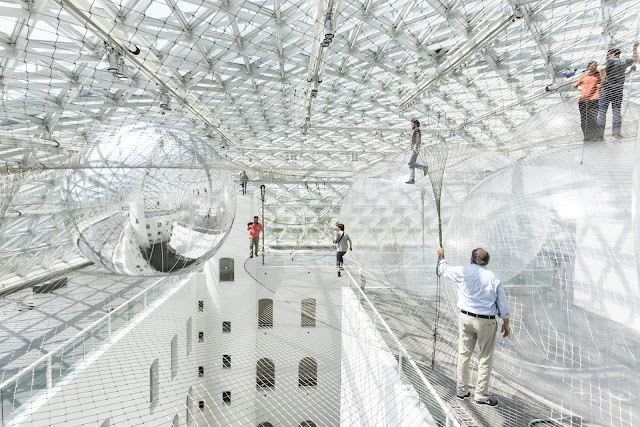 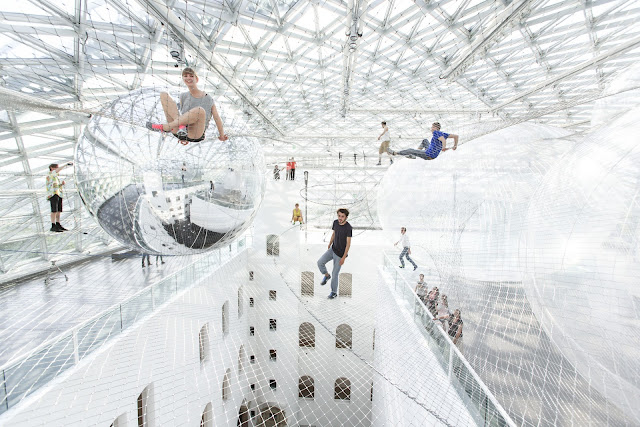 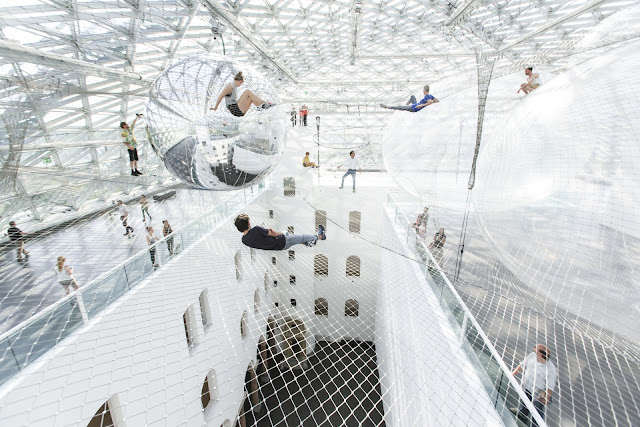 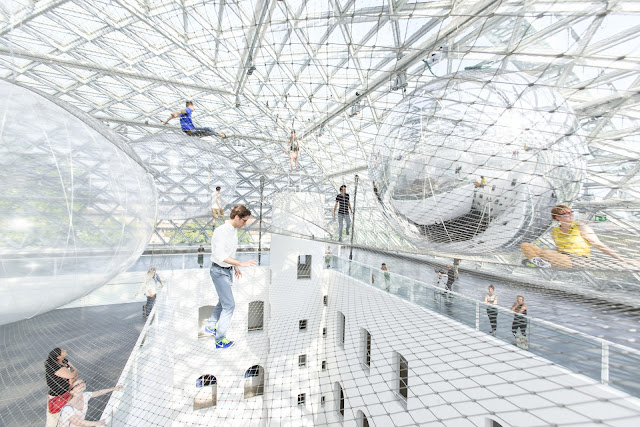 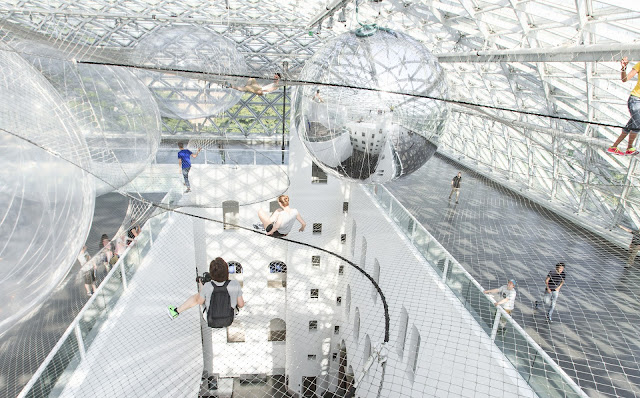 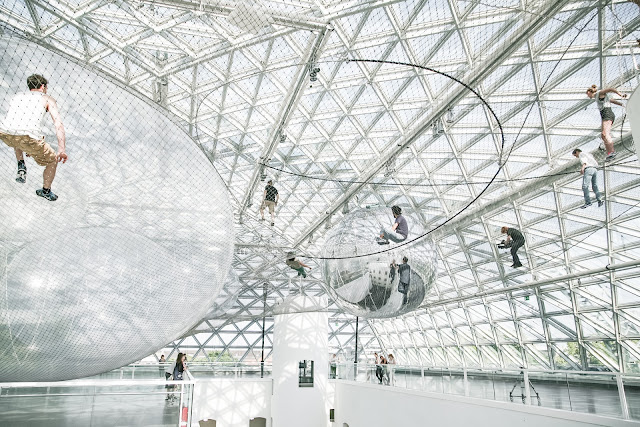 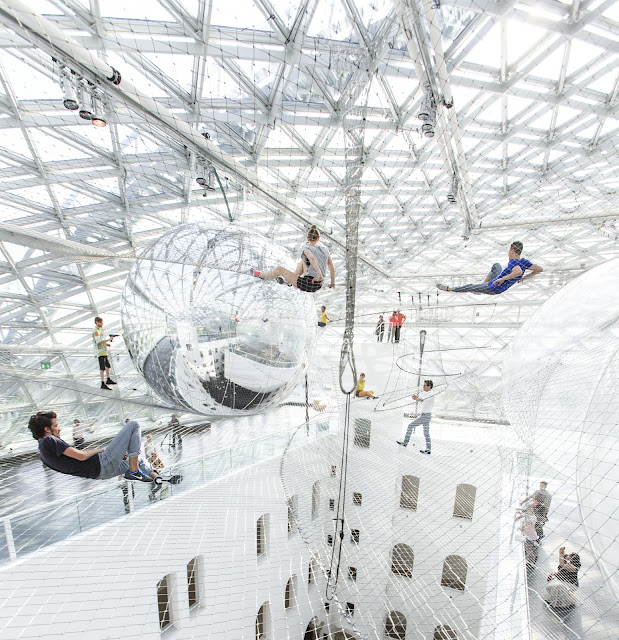 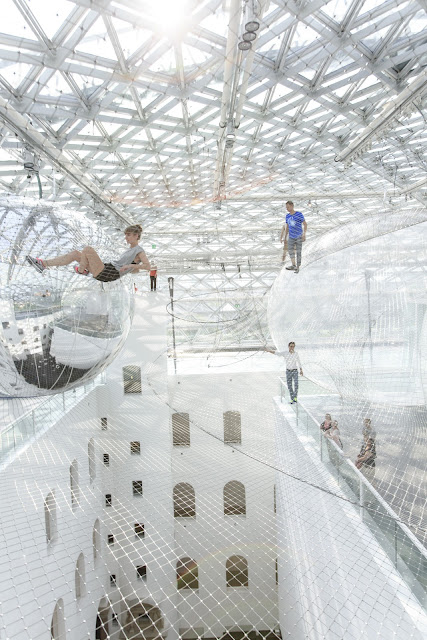 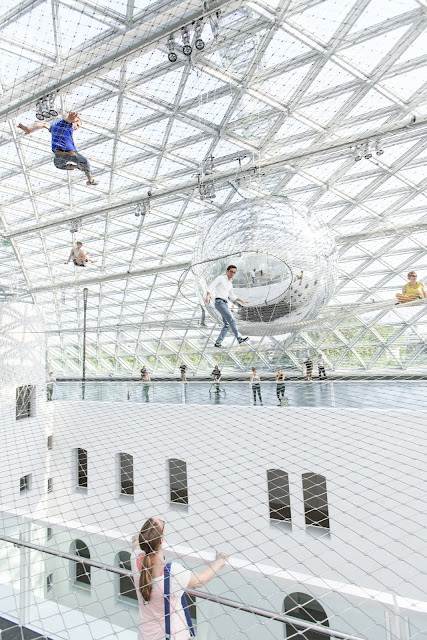 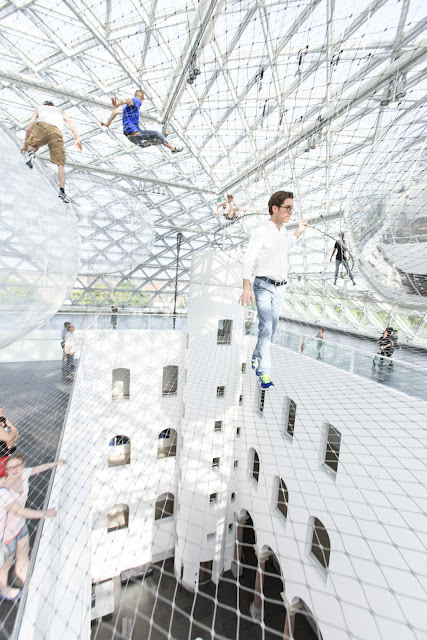 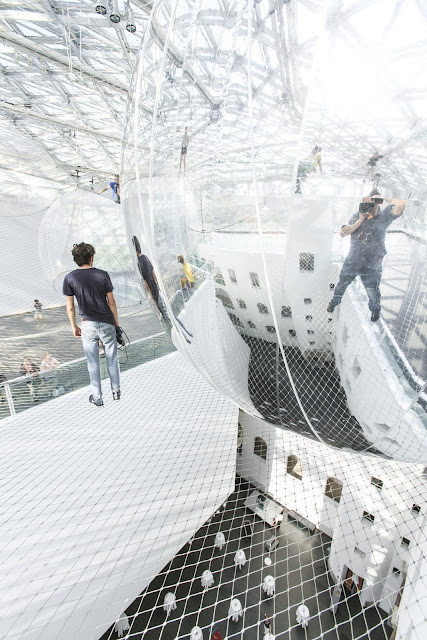 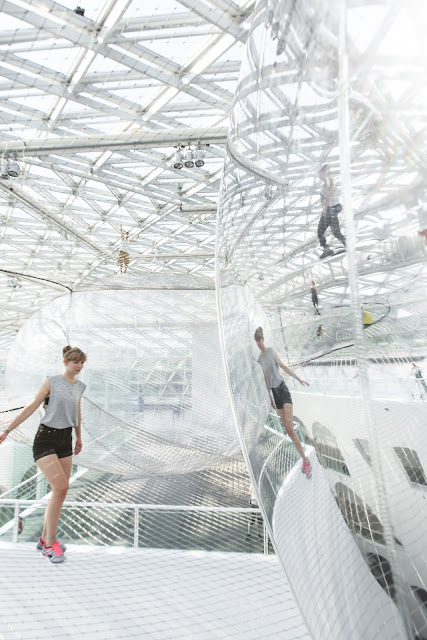 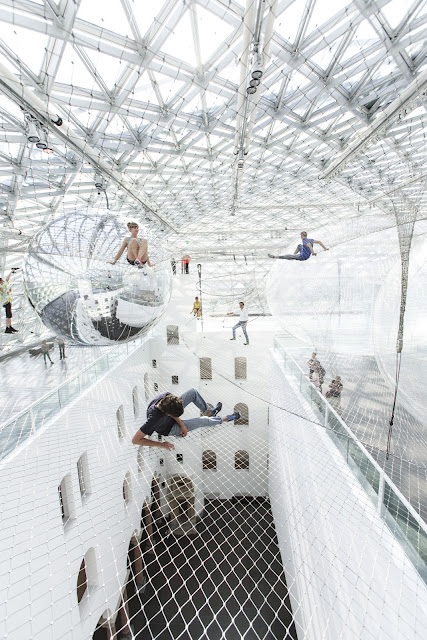 Email ThisBlogThis!Share to TwitterShare to FacebookShare to Pinterest
Etiquetas: in orbit, tomas saraceno