Projects Wanted is an initiative promoted by Void Matters, in which we invite Architecture offices to share their new projects with us. We are open to receive projects from all around the world, regardless of their dimension or typology. Please send us high quality photos (indicating their authors), drawings and descriptive texts in English by e-mail - mc@dimscale.com. It will be our pleasure to help spreading new Architecture concepts and ideas!

"The Project consisted in the refurbishment of an old attic used as an office in Lisbon’s city centre with generous areas but too compartmented, with very small windows and lack of natural light. It was hard to recognize any nobleness or any exceptional detail in the office as it was when we got the project and transform it into an adequate space to the needs of dwelling nowadays.
The client’s demand for optimization of all areas resulted in a simple functional scheme that answered today’s needs, although all the restrictions imposed by the existing structural elements.

One more bathroom was added, two small office compartments became into one single suite of much more generous areas and the main open space office room at the bottom became the social area: living/dining room, kitchen and laundry and an extra bathroom.

A fireplace was created to separate the lounge area from the living/dining areas.

In order to counteract the appearance of old and lack of light that the house exhibited, as much natural light as possible was brought to the inside of the apartment by levelling all the windows  with the floor, allowing terraces to pop up along both façades, and at the same time designing natural skylights spread around the house.

Regarding the floor, all the carpet was removed and the original wooden tiles were renovated. When needed, new wood tiles, matching the old ones, were placed in the new spaces, transforming the floor in a single material layer, giving back all the nobility and dignity that was inherent to all the apartments in the neighbourhood.

In search of the highest possible luminosity, as new materials used we only have mainly white, except the black granite stone both in the suite and in the kitchen and the red painted glass in the social bathroom’s shower.

The cabinets facing the front façade were designed in such a shape and painted in two colours so that when people would come in or leave the house would have two completely opposite scenarios." 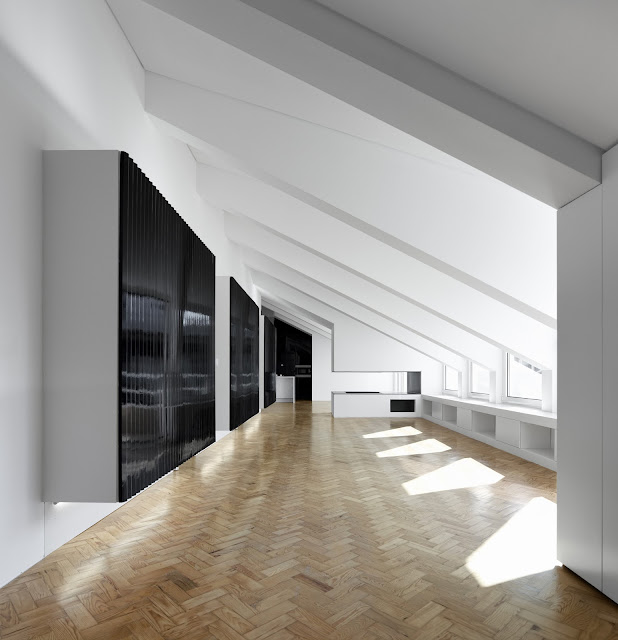 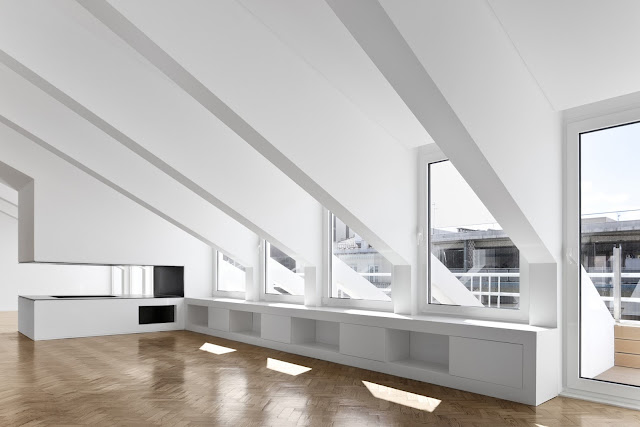 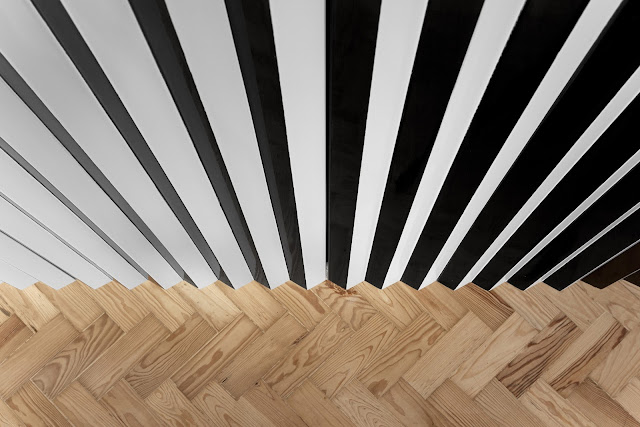 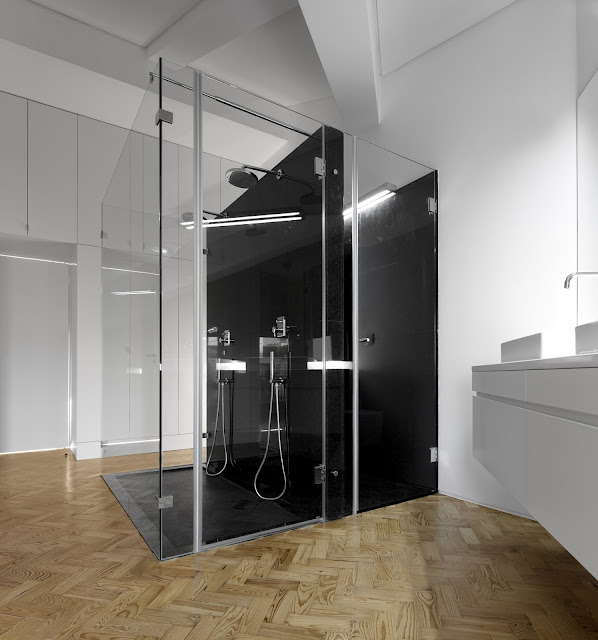 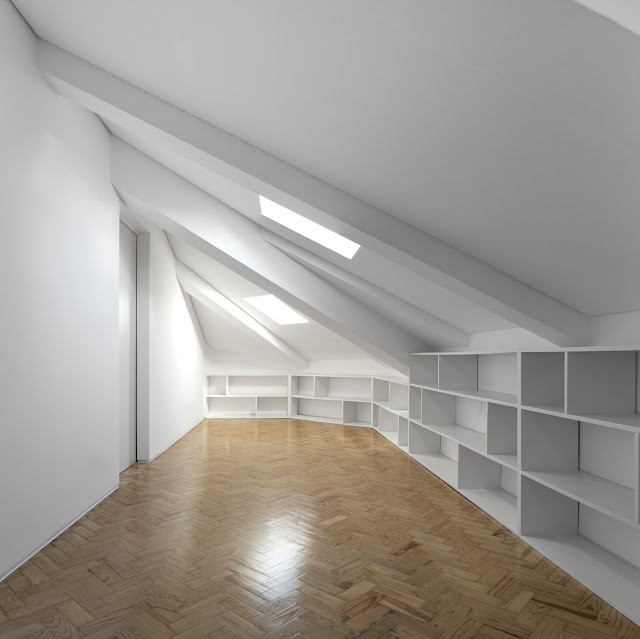 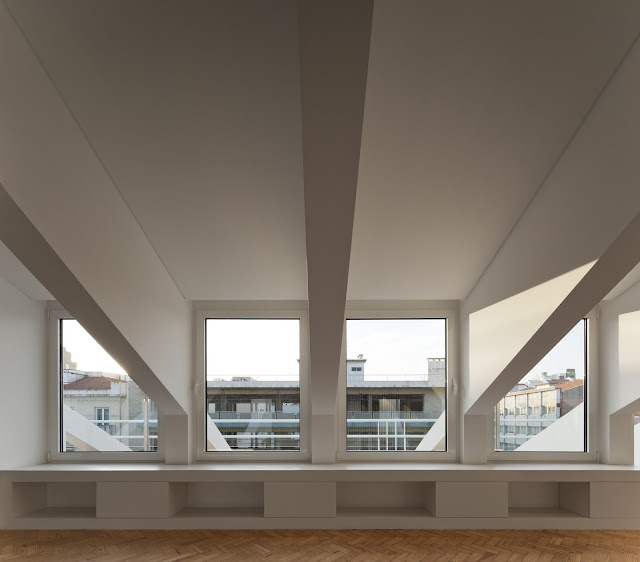 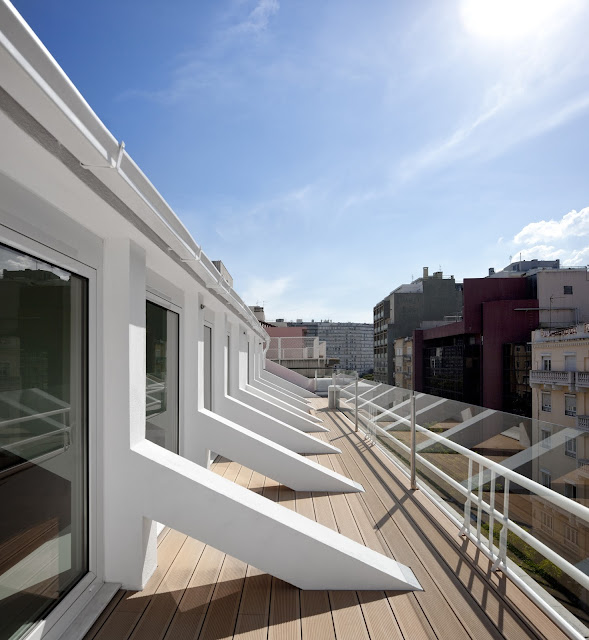 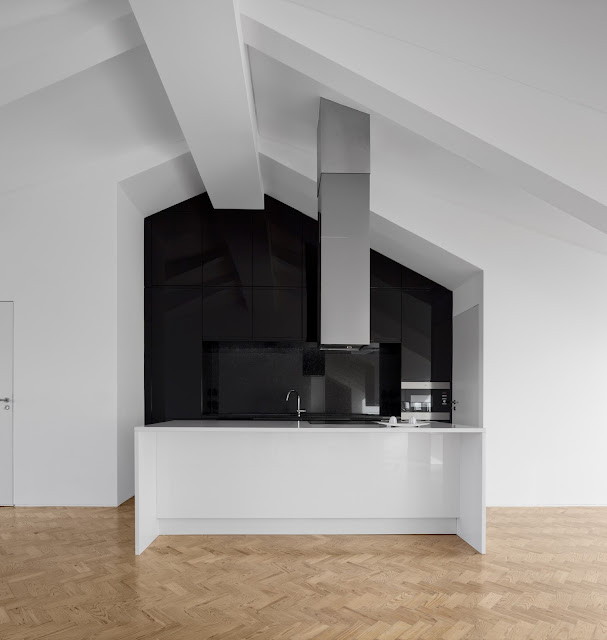 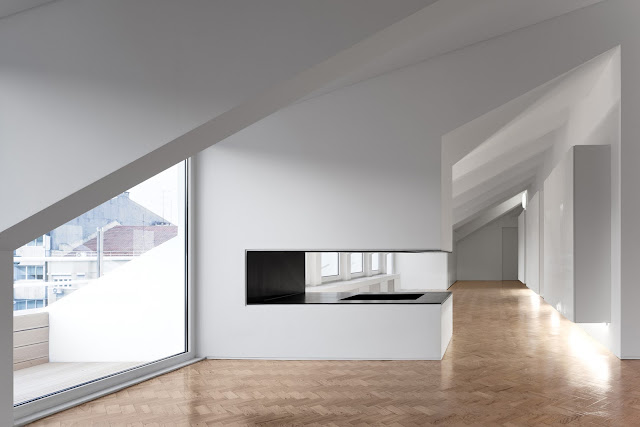 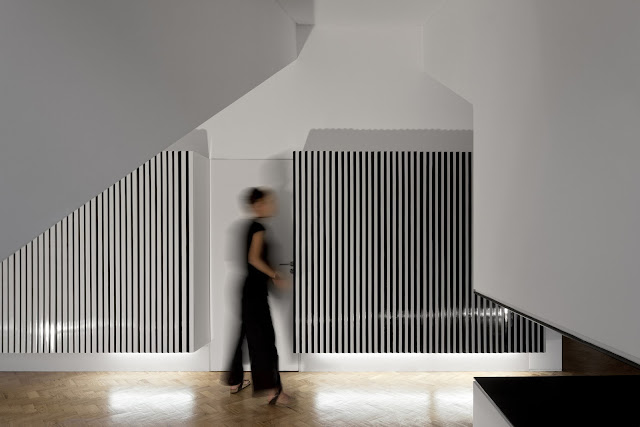 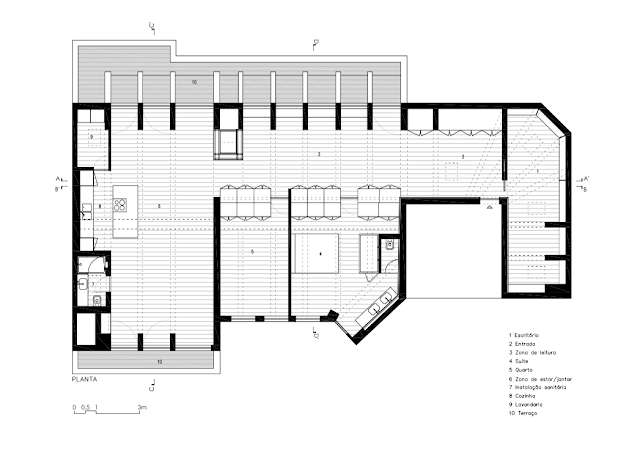 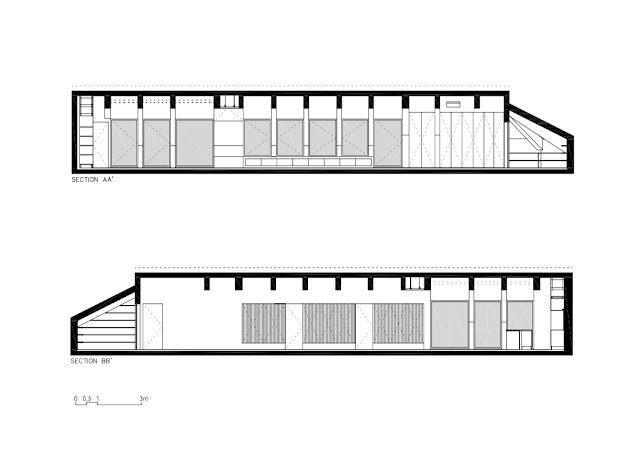 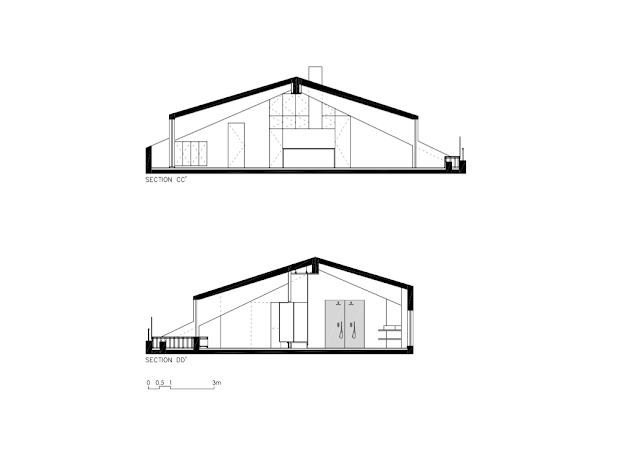 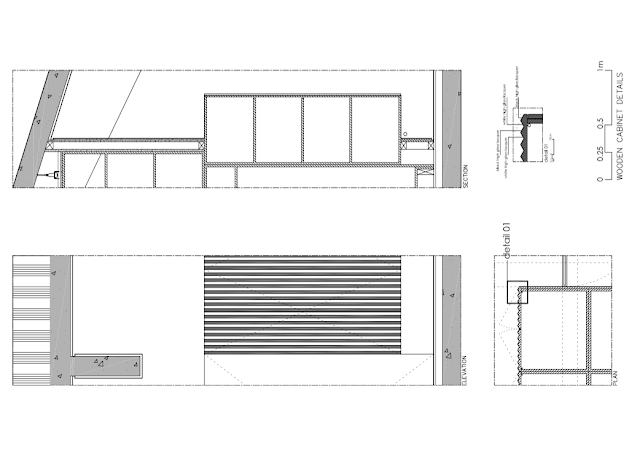