"The building is located in María Díaz de Haro Street, close to the main avenue of the city of Bilbao, the Gran Via. The plot measures 20 metres between the party walls of the adjoining buildings by 70 metres deep, and forms part of one of the blocks of the Ensanche (widening of the city) of Bilbao.


The program is organized by floor, depending on the degree of access control of the different uses of the building.


The ground floor, first floor and part of the first basement floor are for free access public uses: the main lobby, reception area, and several exhibition rooms that can also be used as a multifunction space. Through the lobby on the ground floor, the garden is accessed, a space designed to accommodate different uses such as open-air exhibitions, a reading area or area for film projections.


On the second floor is the reading room and documentation consultation area, accessed by the public upon accreditation at reception.


On the remaining floors above ground are the administration areas, laboratories, and documentation processing areas. These are all non-public use areas. Below ground, and also for private use, are the document vaults, meeting rooms and parking facilities. These spaces are accessed directly from the street level by a car lift.


The main façade has been designed as a vibrating glass front that increases the perception of the building, breaking with the flatness of the street and emphasizing its location. The design seeks great transparency, allowing the workings of the building and the structure to be understood from the exterior. The outer glass skin is printed with extracts of texts from some of the documents preserved within the archive, in such a way that the building is not seen as sealed place, private and closed off from the citizen.


In the interior of the building, we have opted for double height ceilings, with visible crossing points that will enrich the relationship between the different uses existing in the building. The planned work areas are clear, free of columns and flexible in order to facilitate adaptability to possible functional changes.


As much of the program has been developed underground, the use of natural light and ventilation has been maximized, in such a way that the lobbies to access the document vaults or garage, which is 20 metres below ground level, have natural light and ventilation. The nucleus of vertical communications and the nucleus of the lavatories of the building above ground level also have natural light.  As a result, most of the spaces and areas of circulation are bright and pleasant.


The walls of the basement, which occupies the entire plot, have been executed using the hydrofraise technique, allowing them to be terminated before excavation commenced on the rock terrain. This decision meant that the execution times of the basement works were shortened and effect of vibration on the adjacent buildings was significantly reduced. Some of the surrounding buildings are almost 100 years old.


The primary use of the first three basement levels is that of a document archive, with capacity for 20 linear kilometres of shelving; equipped with an air conditioning system to control temperature and humidity, as well as a fire protection system using mist extinguishing.


A highly efficient air conditioning system has been designed which incorporates an enthalpy recovery and free cooling system, taking full advantage of the internal and external conditions to reduce energy consumption. In addition, in the courtyard of the block, a garden has been designed with vegetation around the air intake chiller which will help to cool the air in the hottest months of the year, allowing the system to function in a more efficient way.


The energy used for lighting is limited through the use of high-performance equipment and taking advantage of diffused light to illuminate all the areas of movement in the basements and garage, as mentioned above. Despite the depth of 20 metres, the use of light colours and light wells results in theses spaces being bright during daytime periods and not requiring artificial lighting." 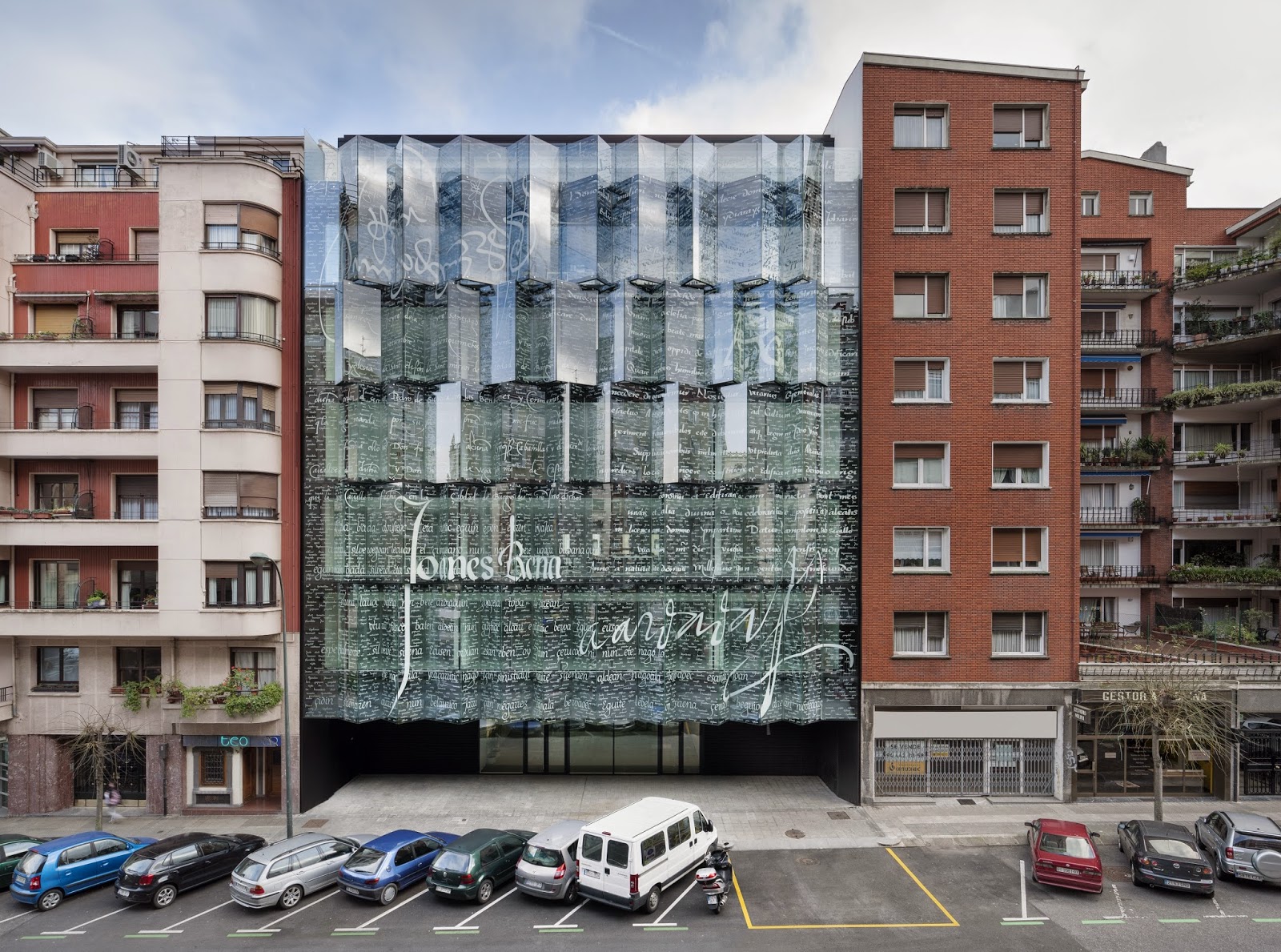 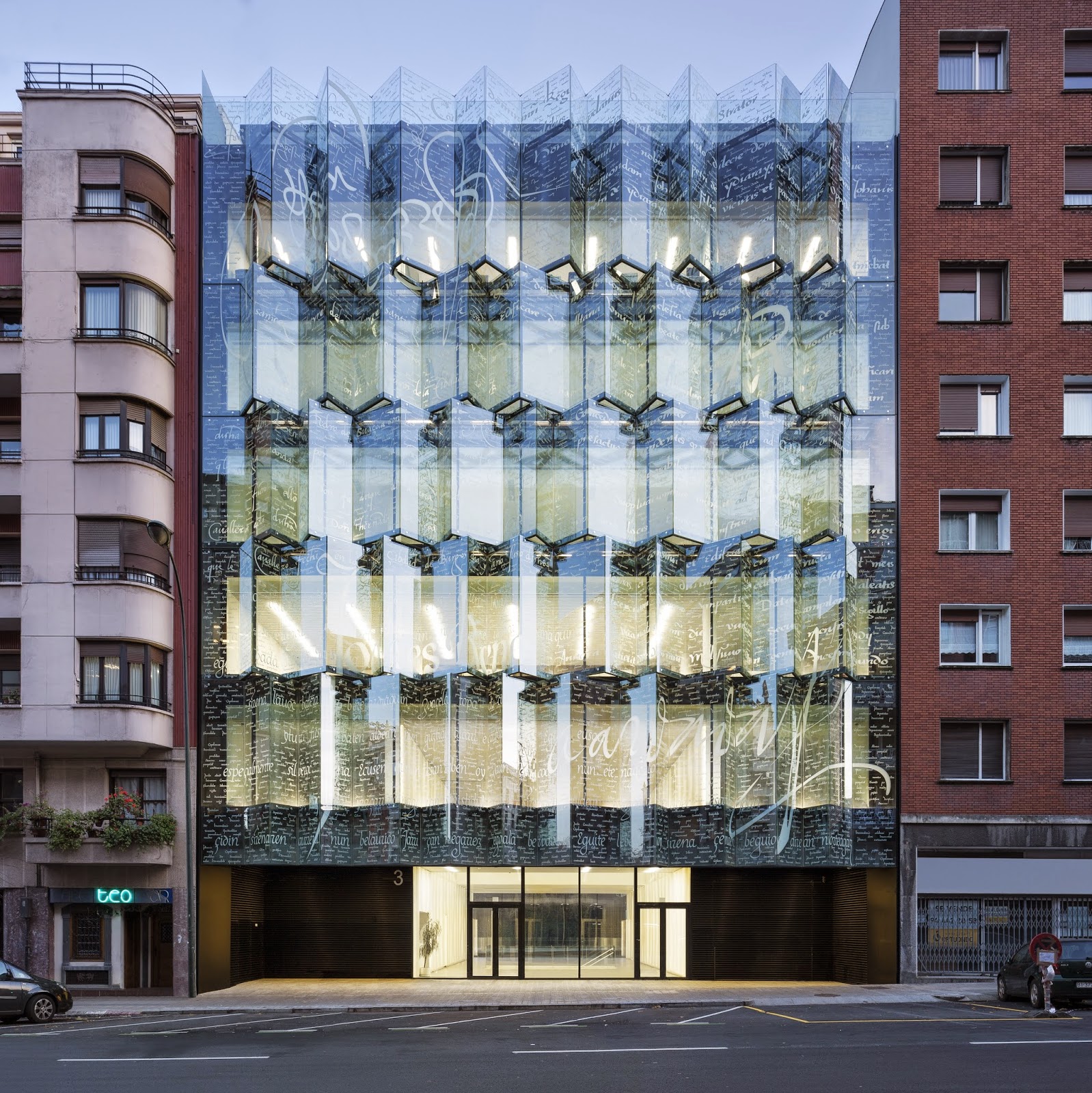 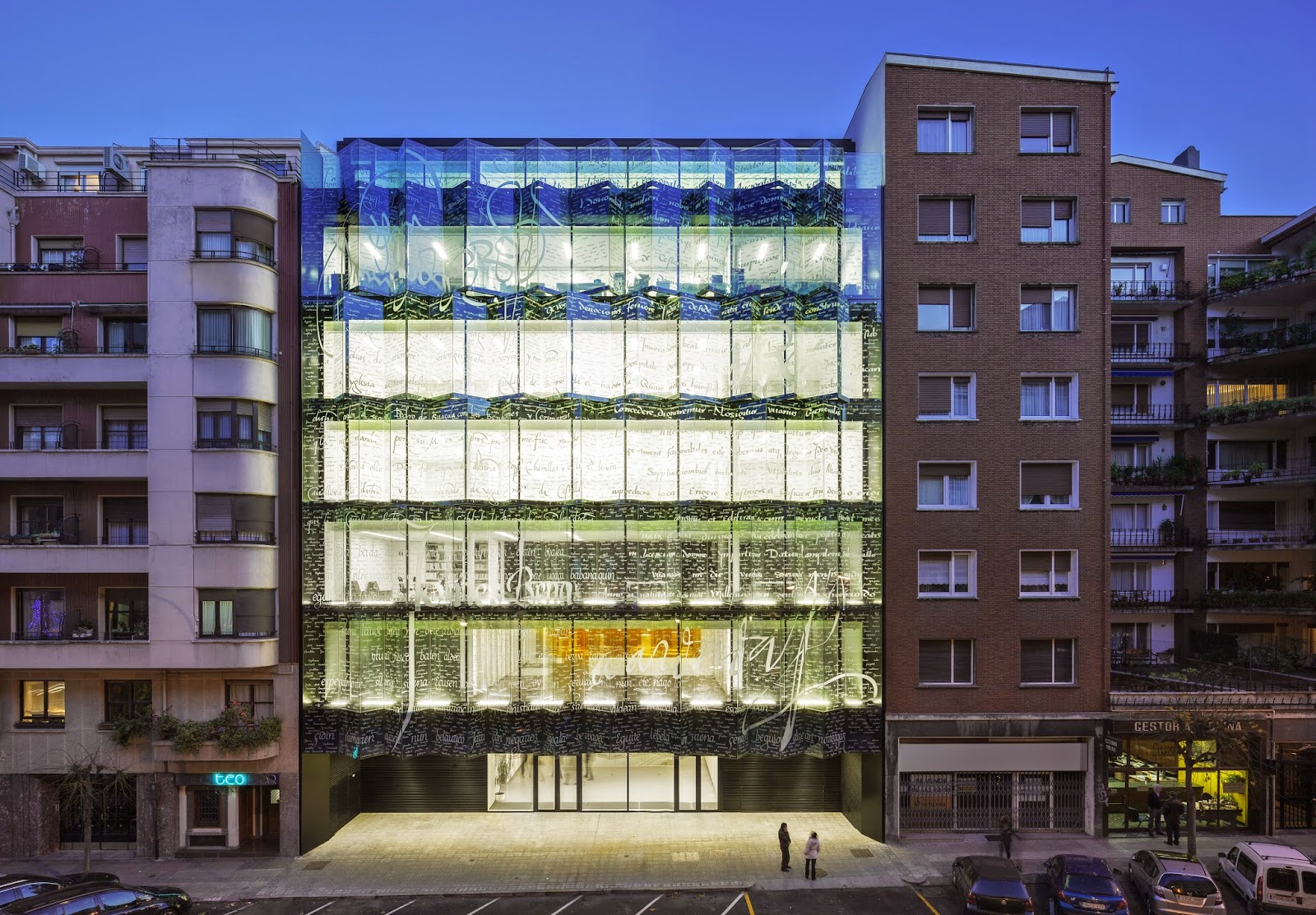 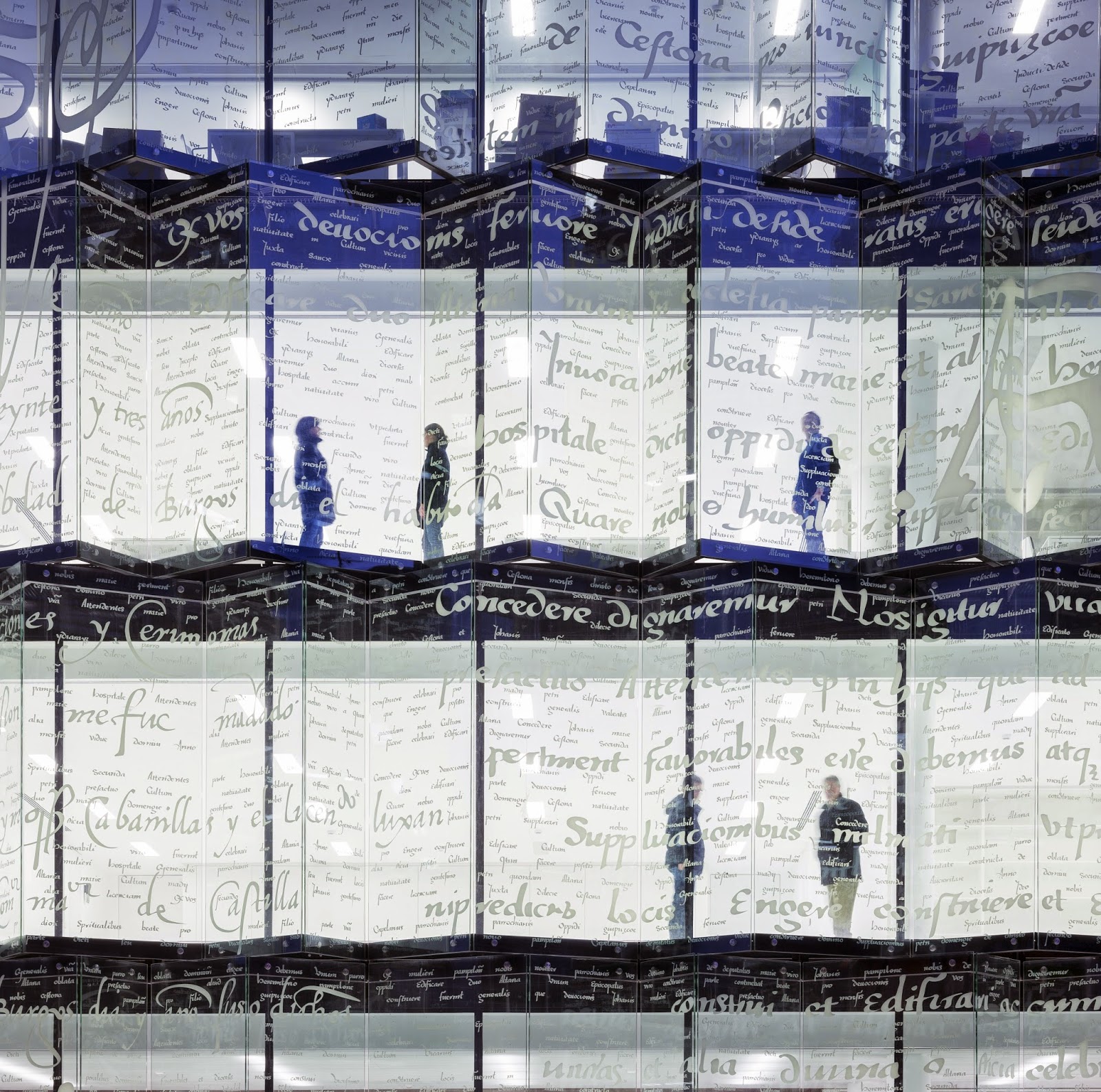 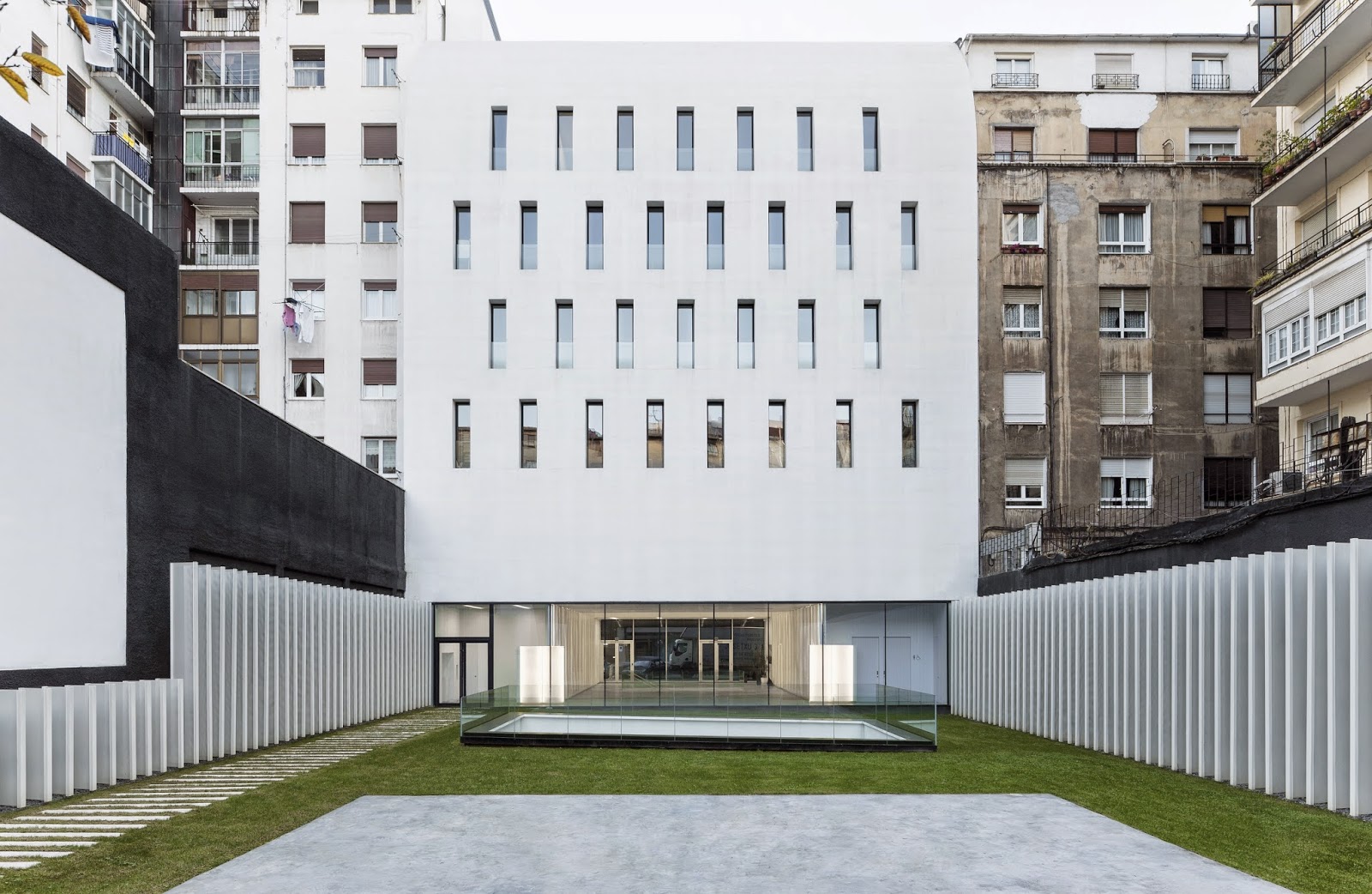 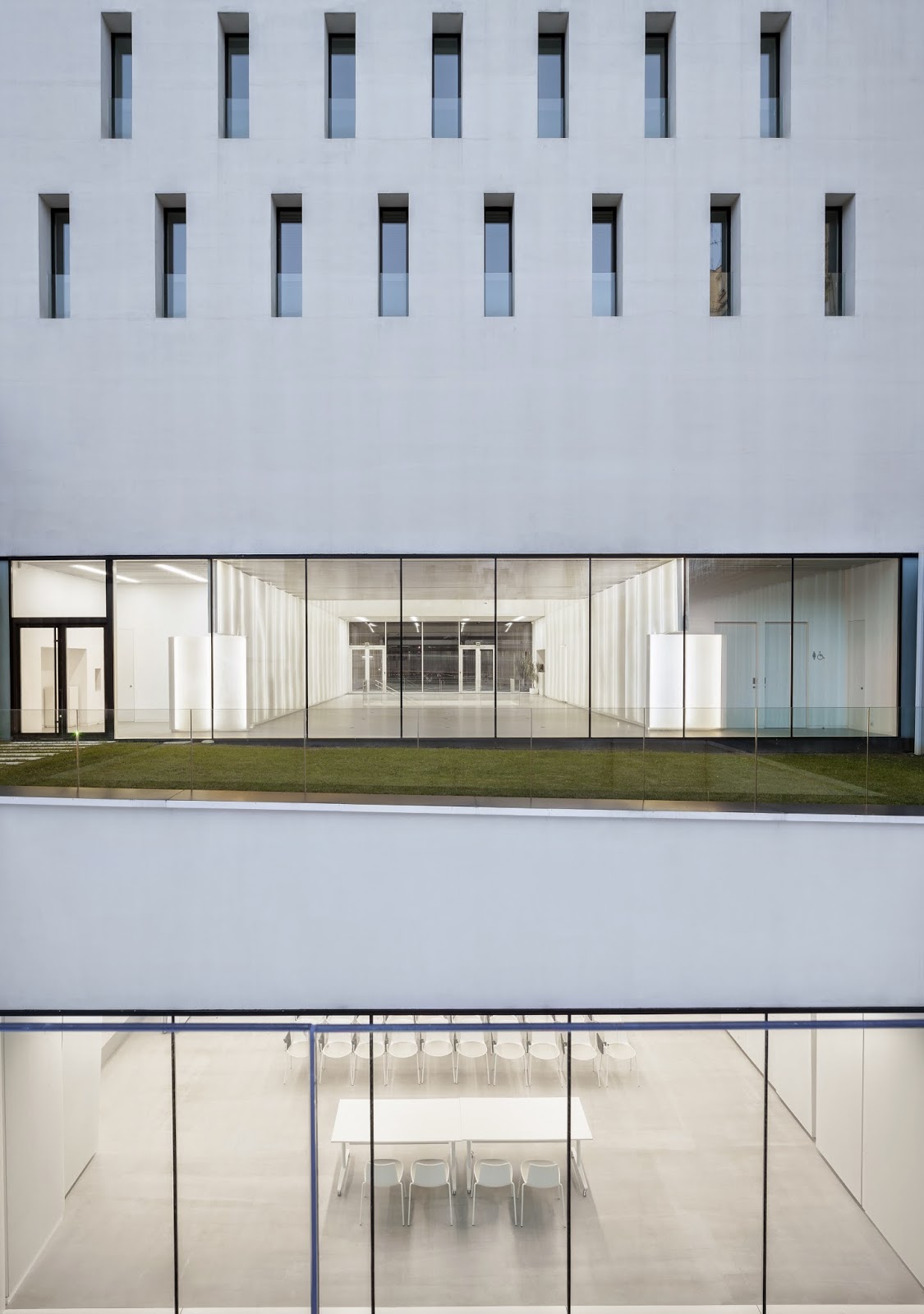 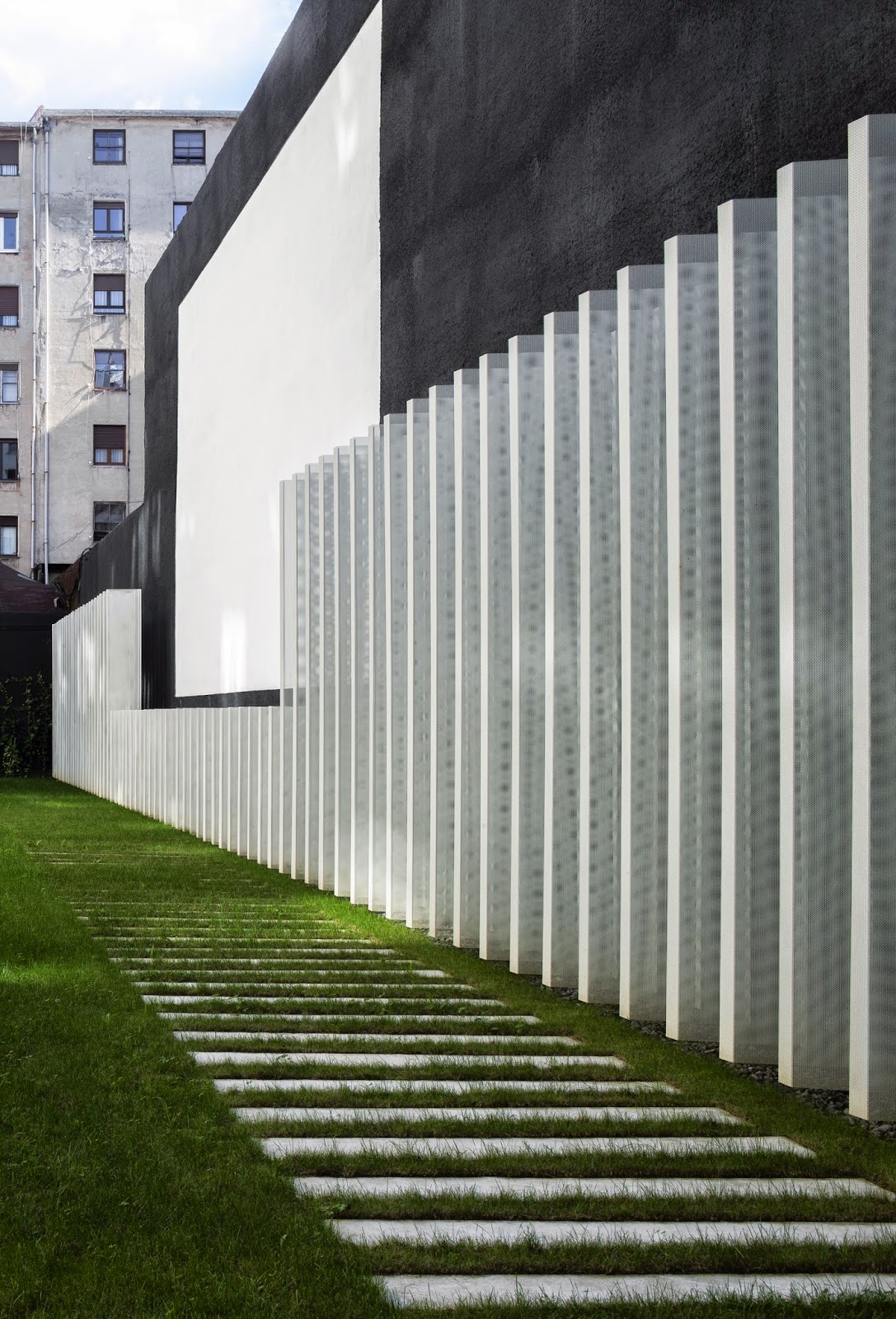 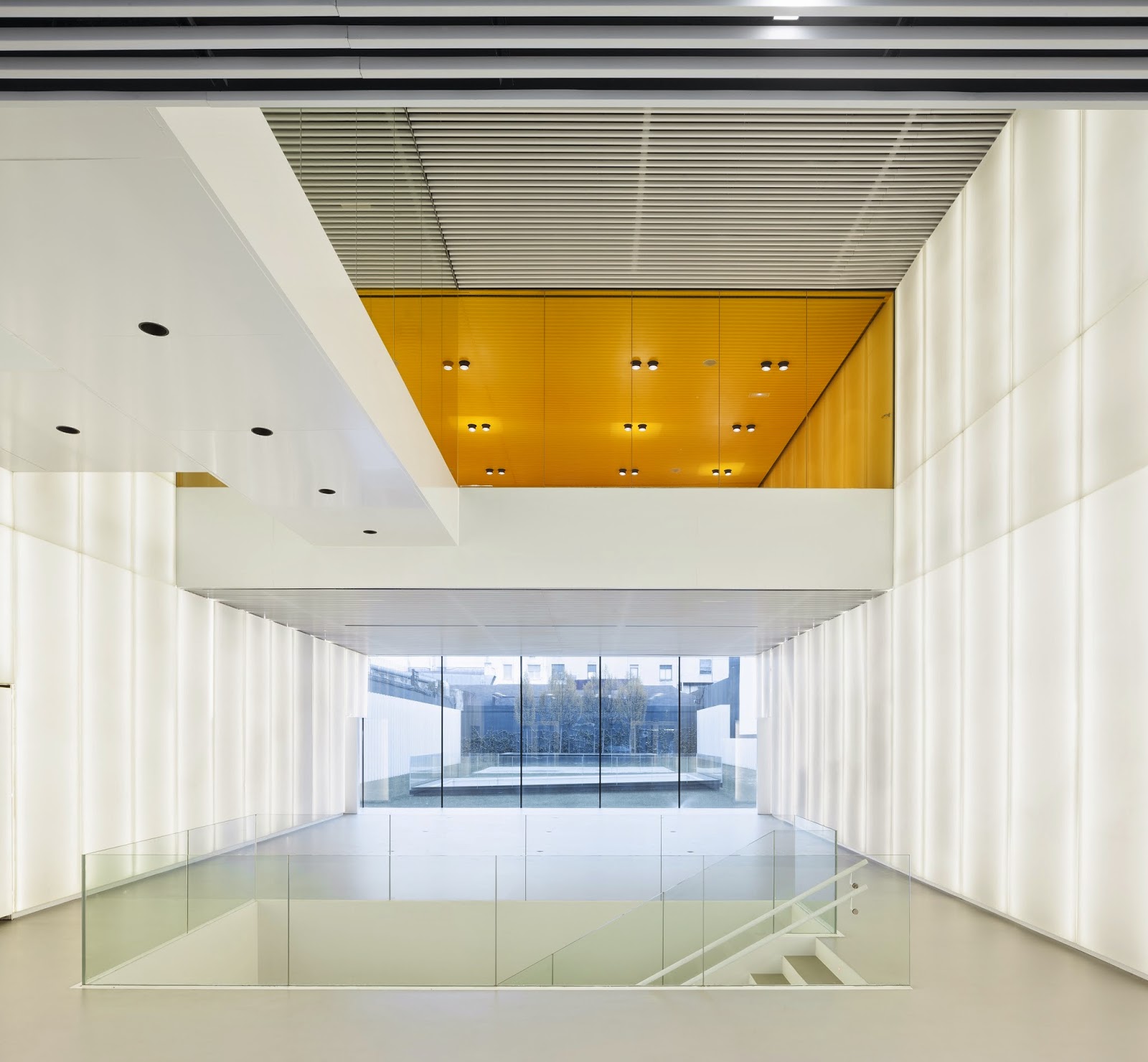 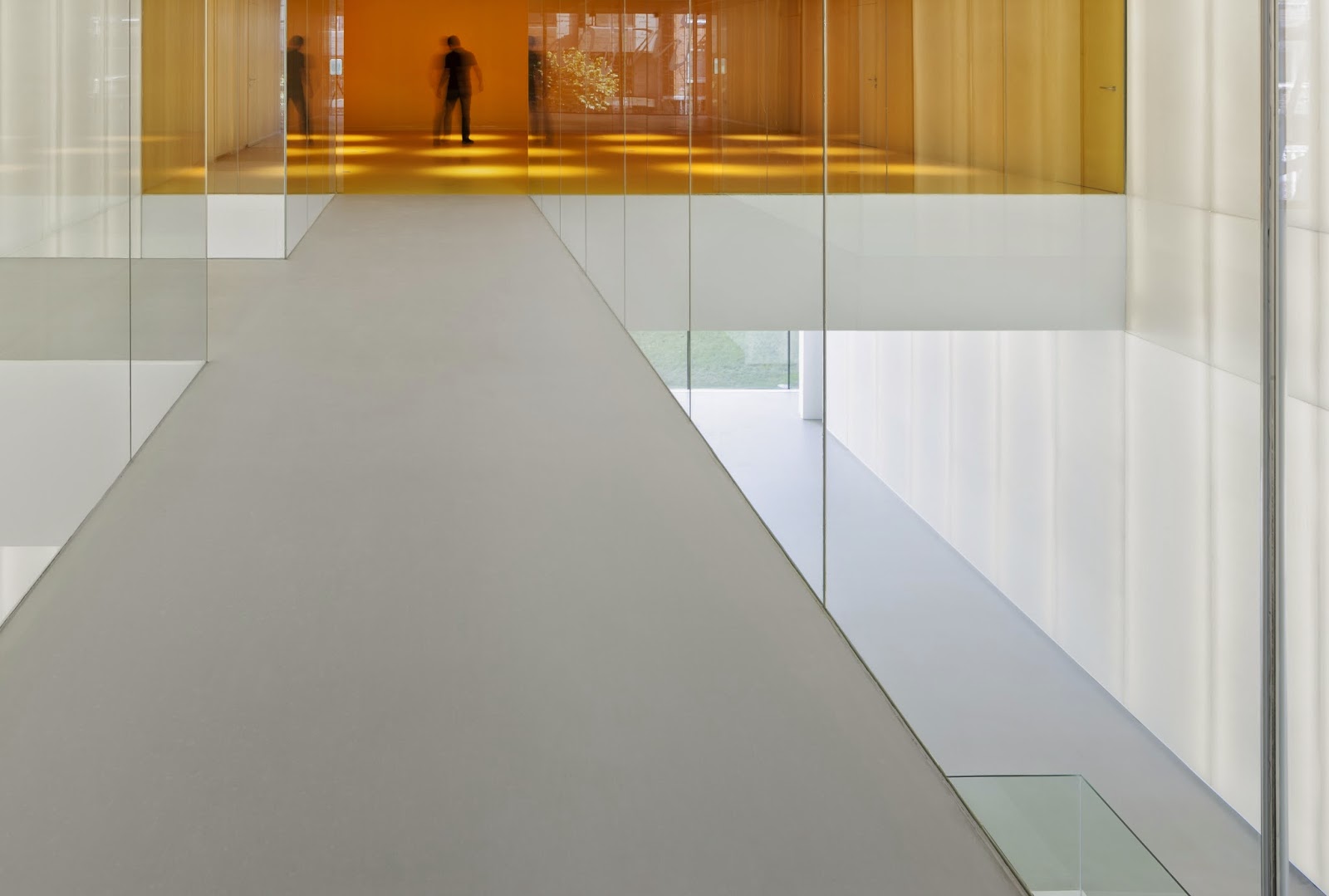 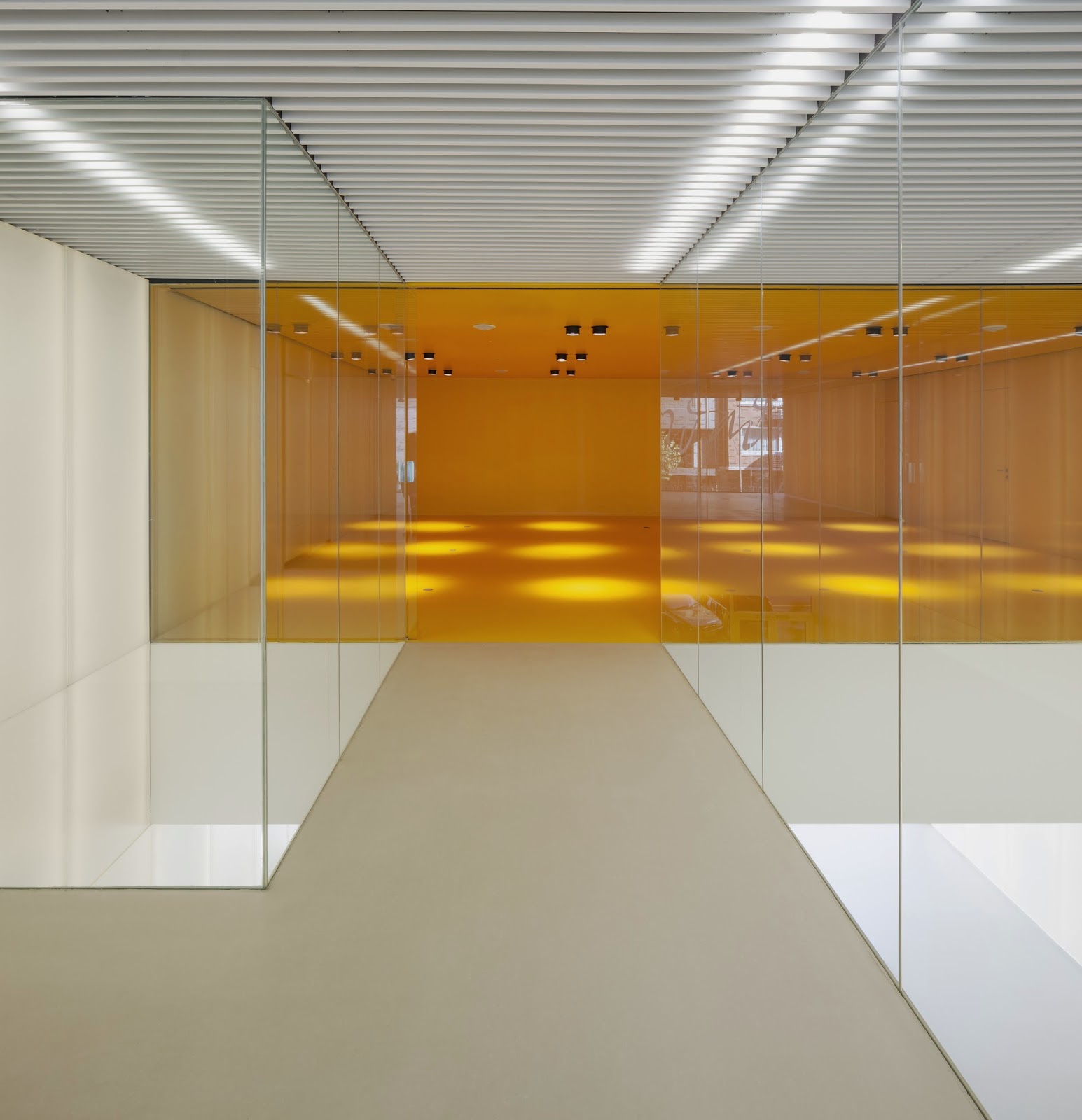 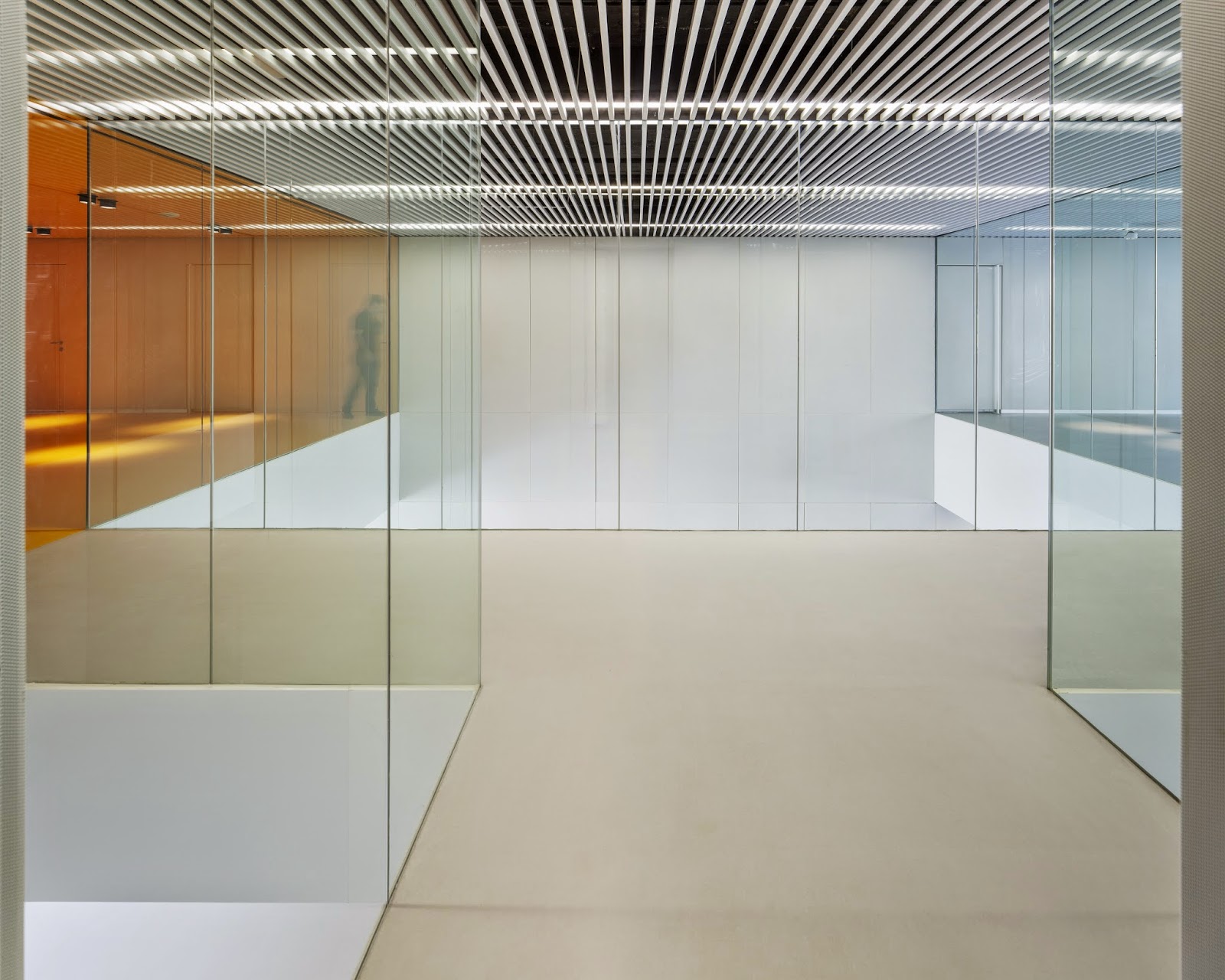 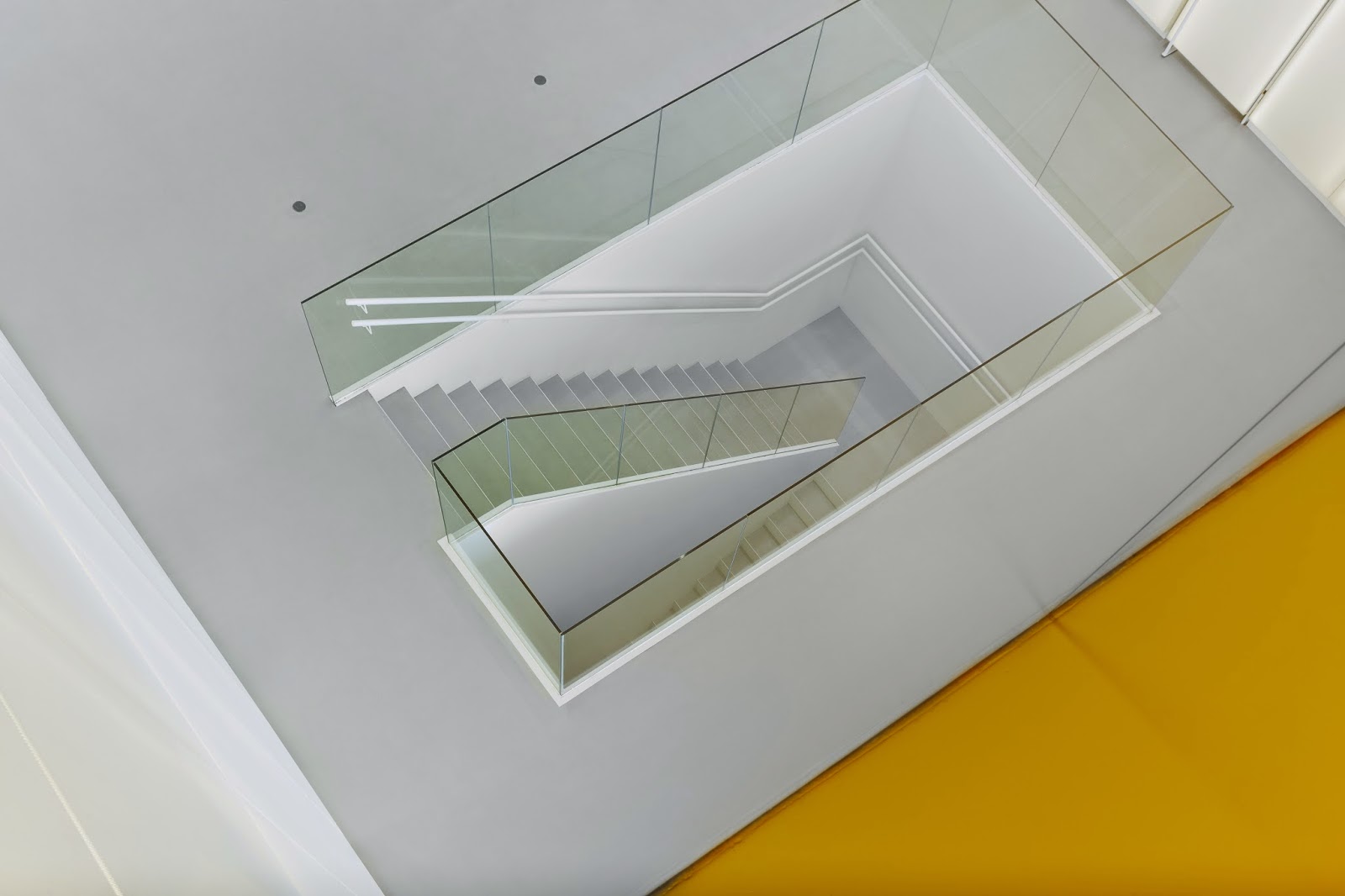 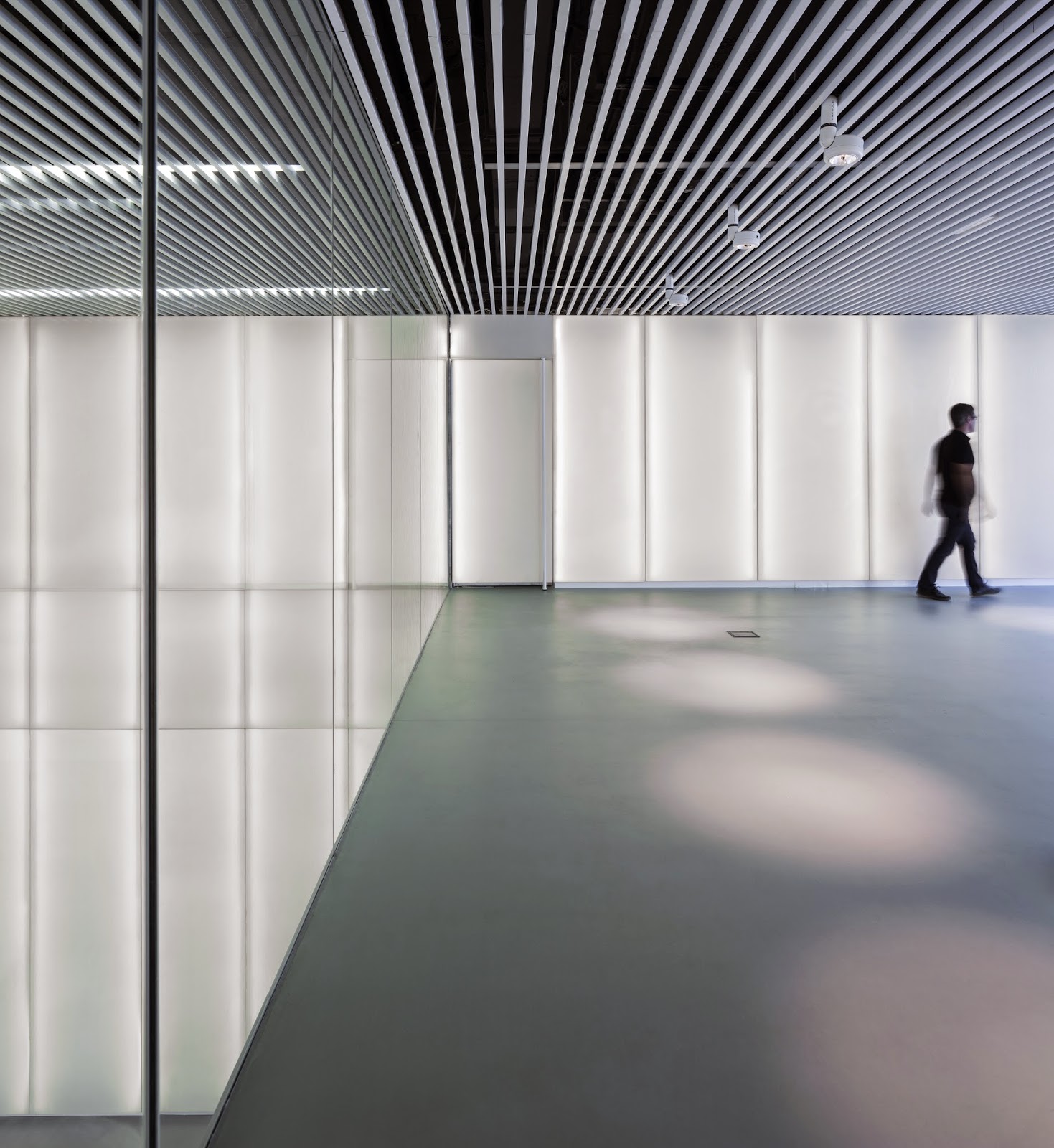 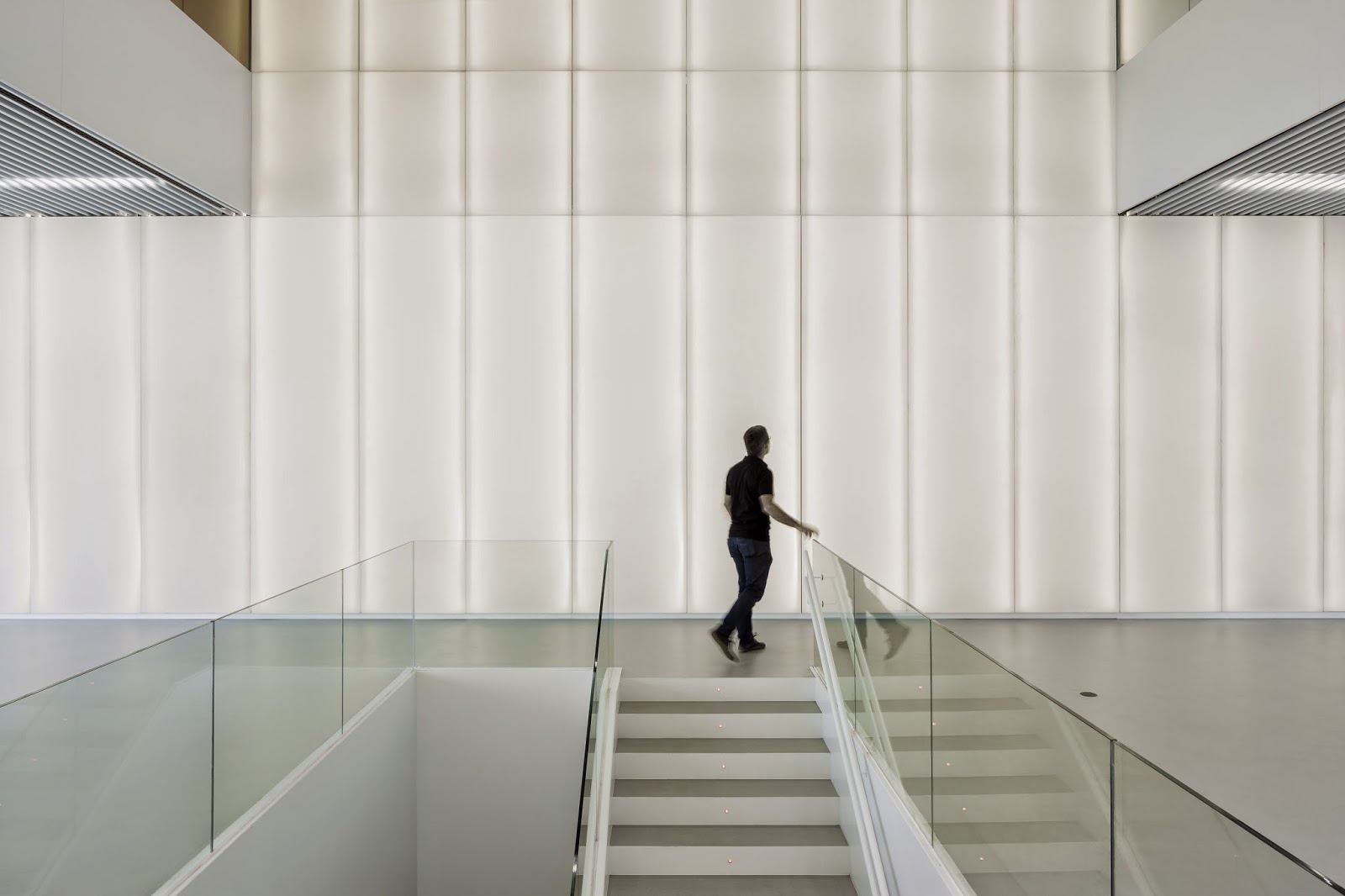 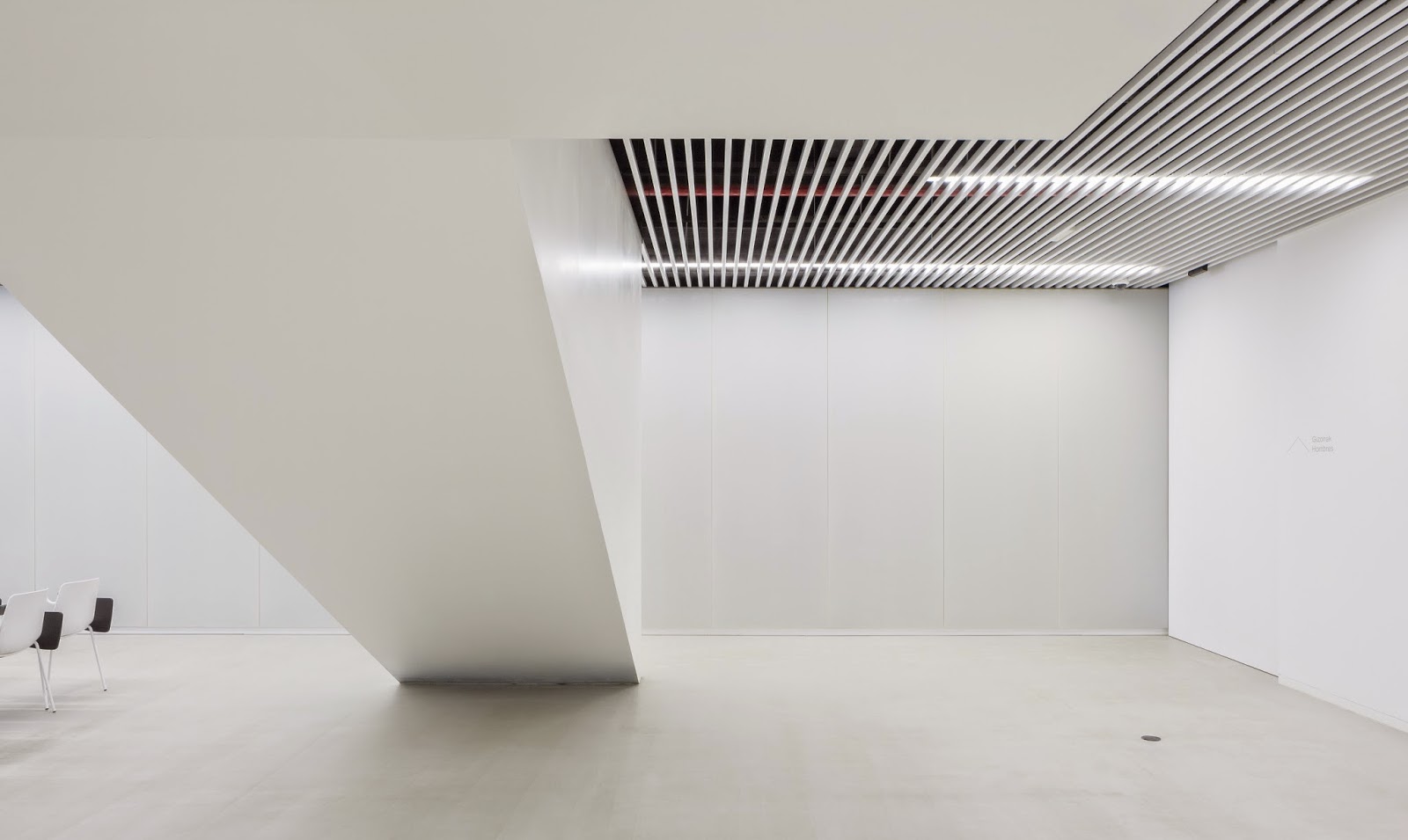 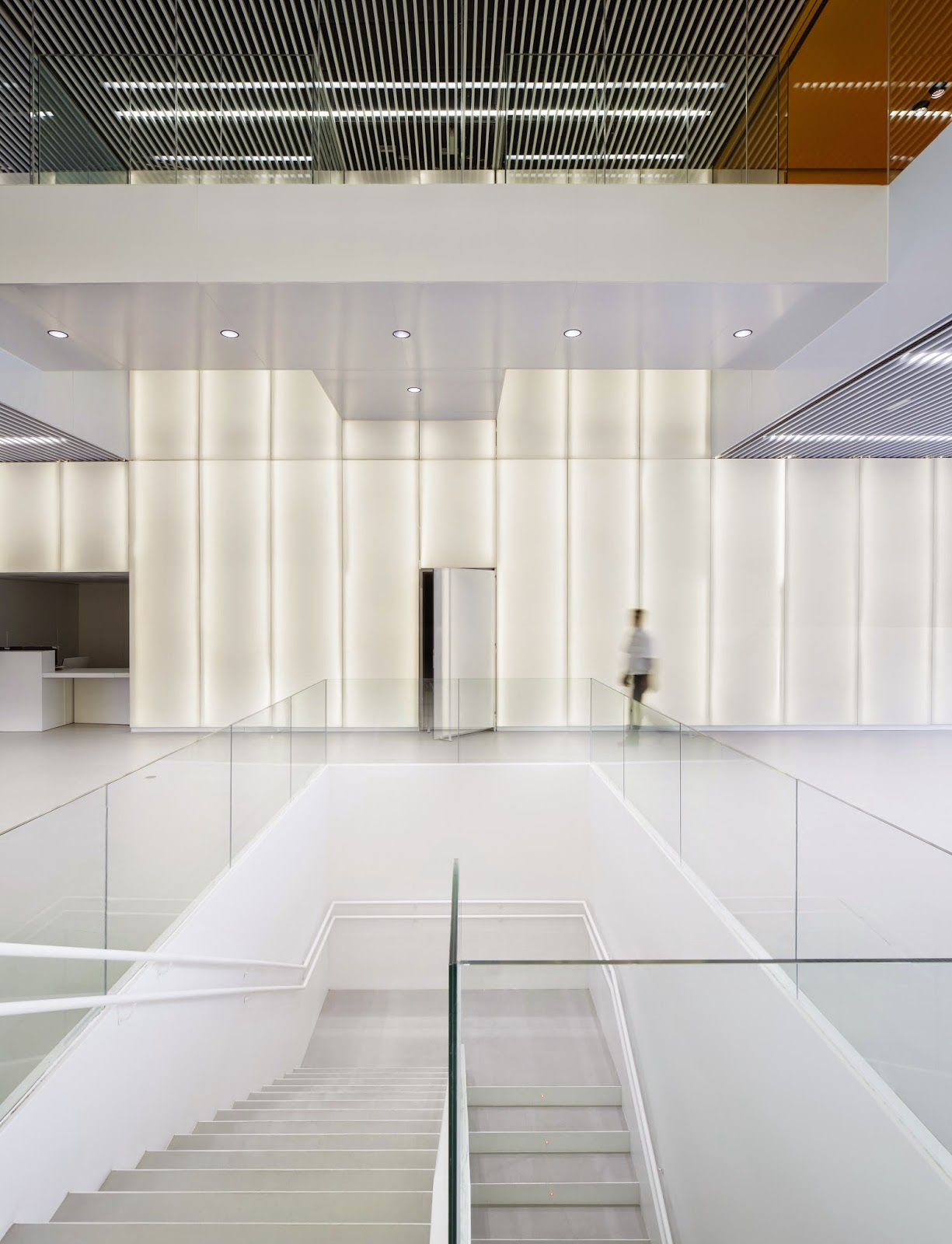 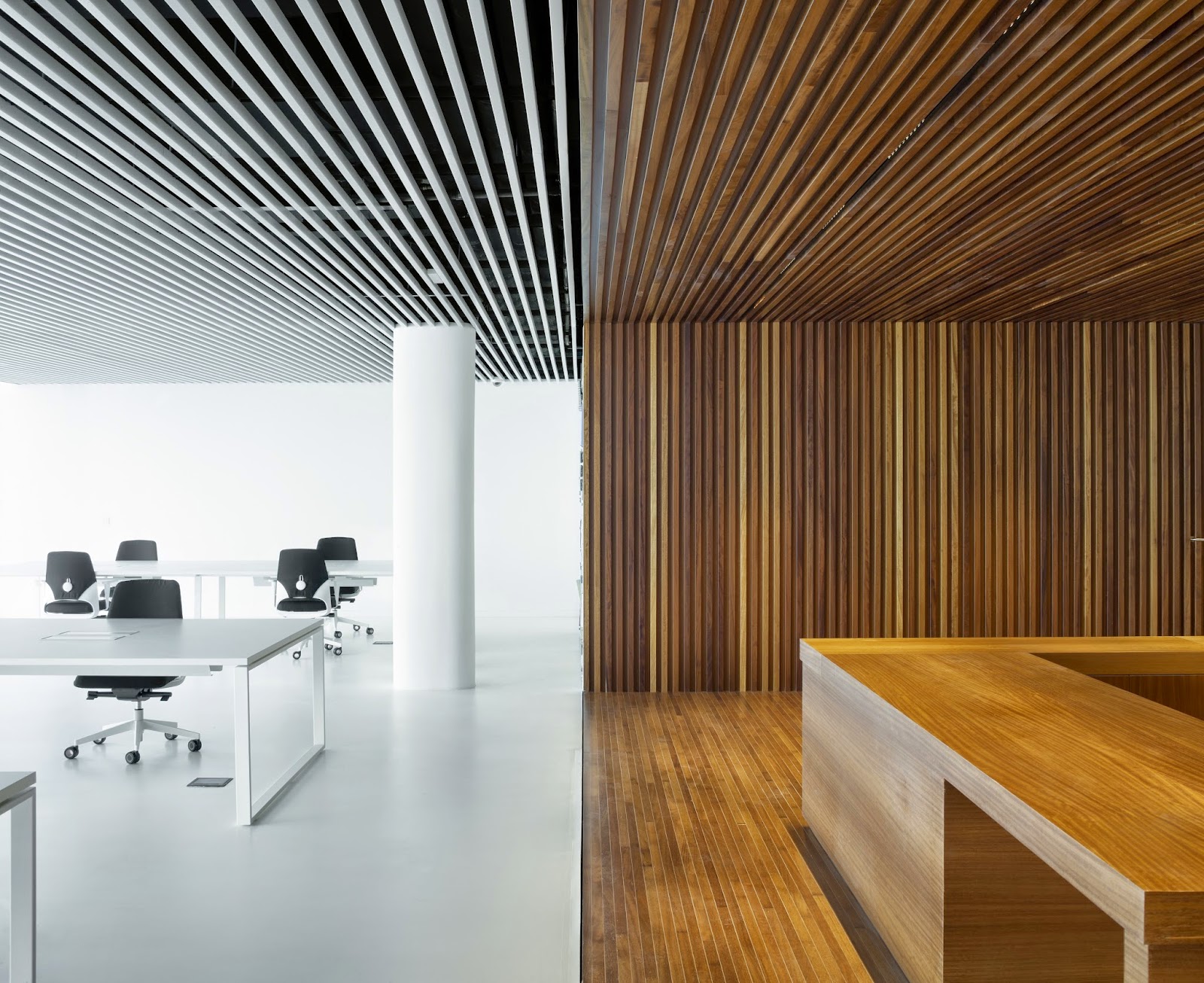 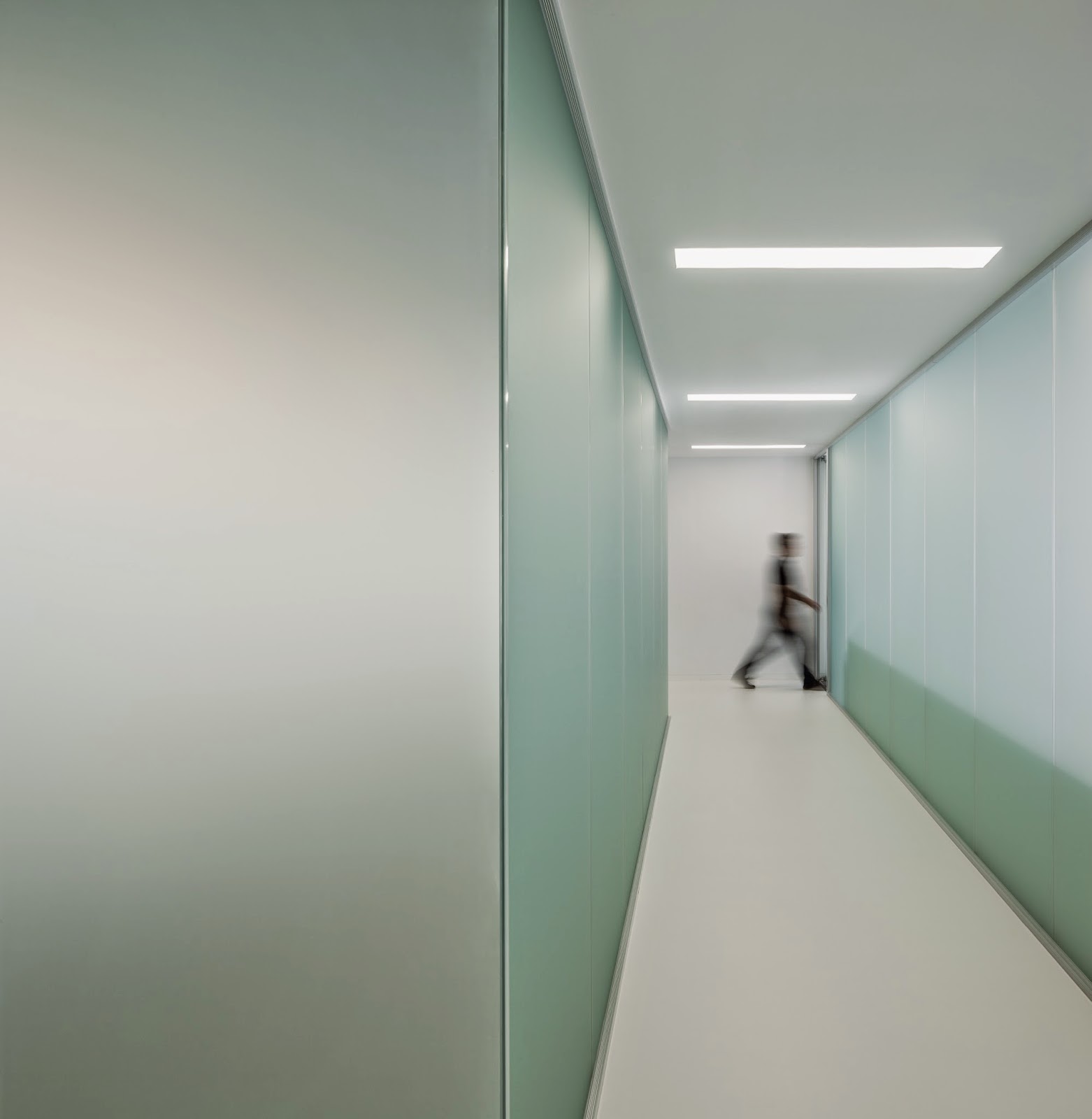 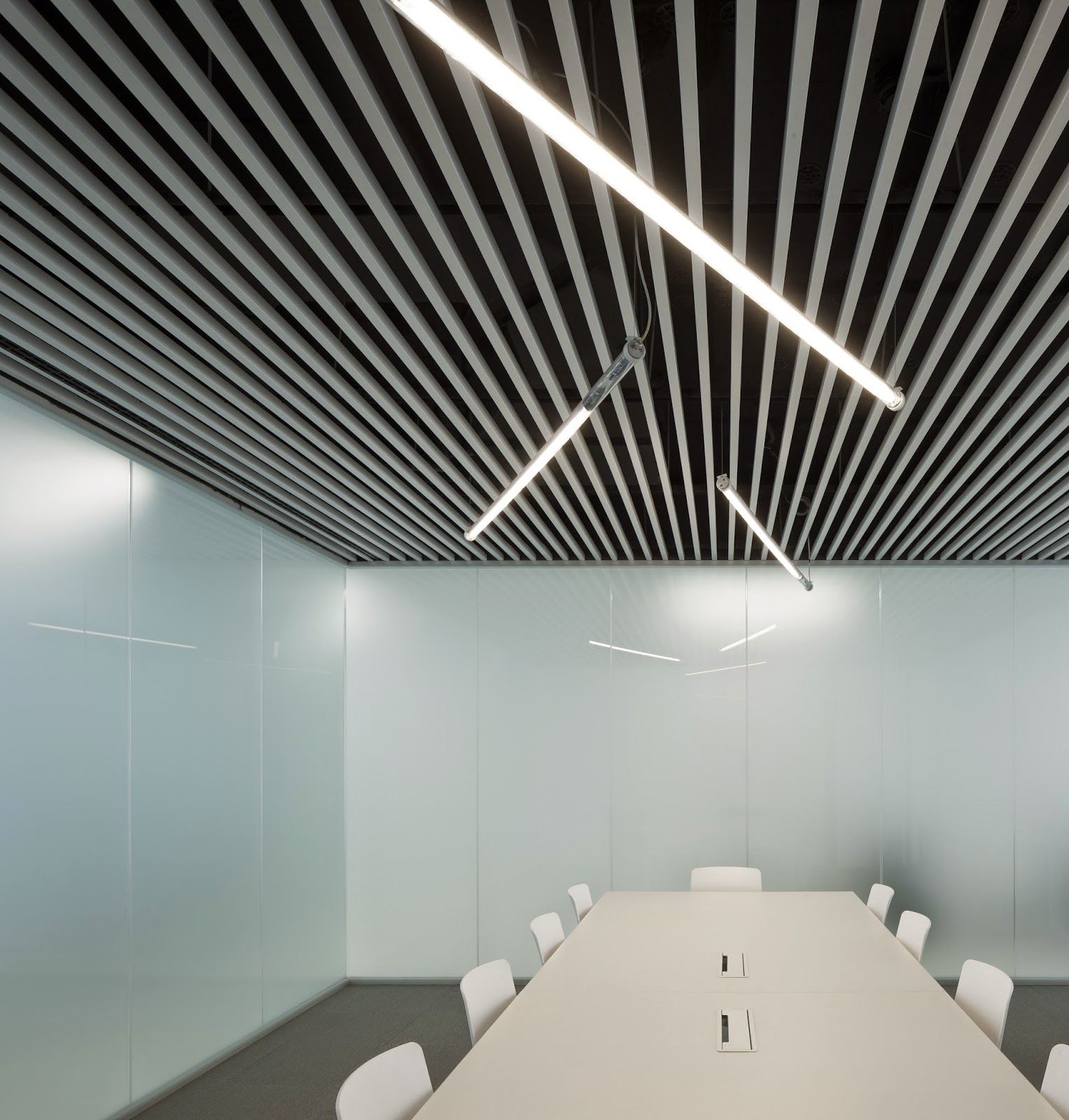 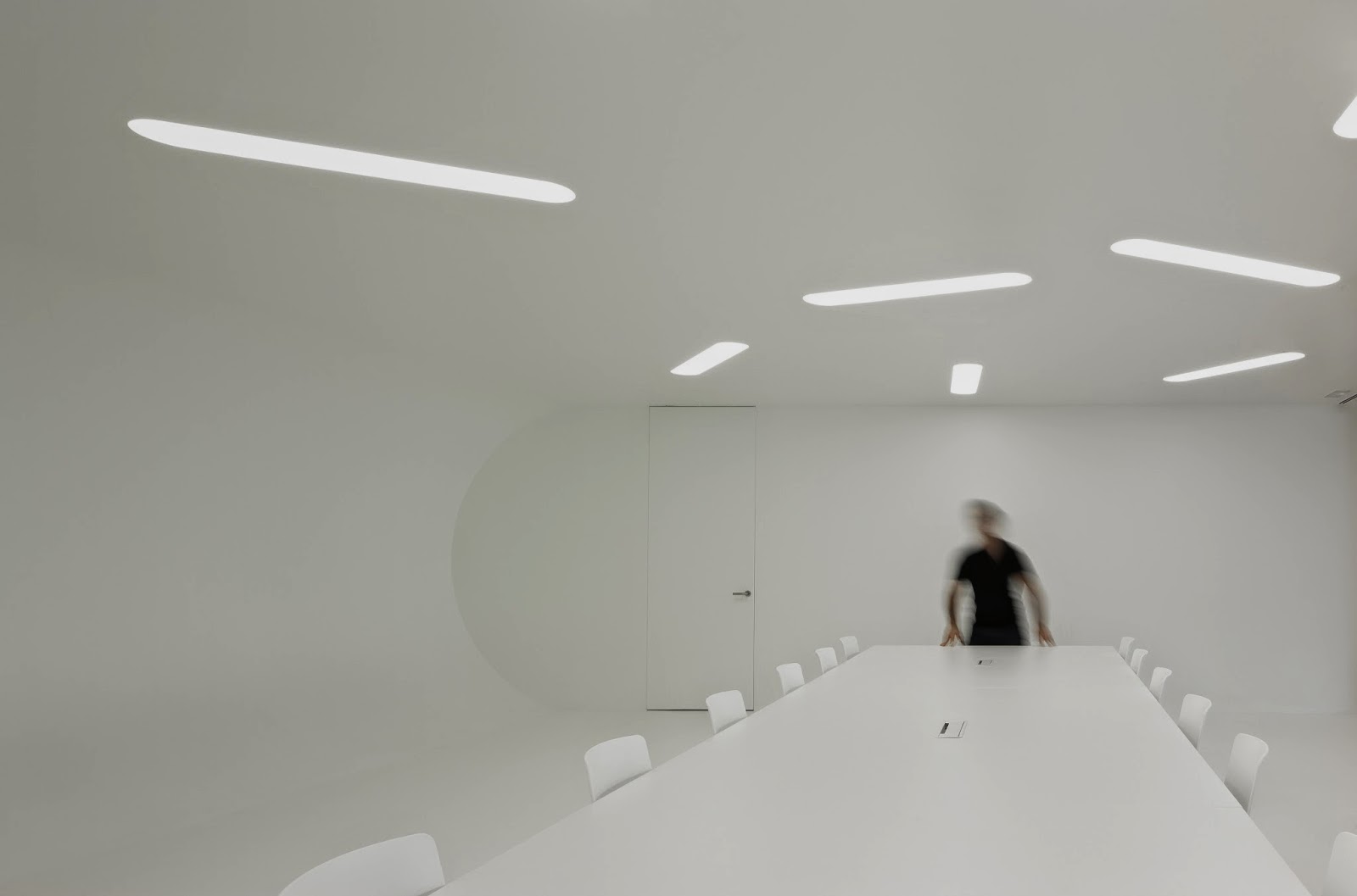 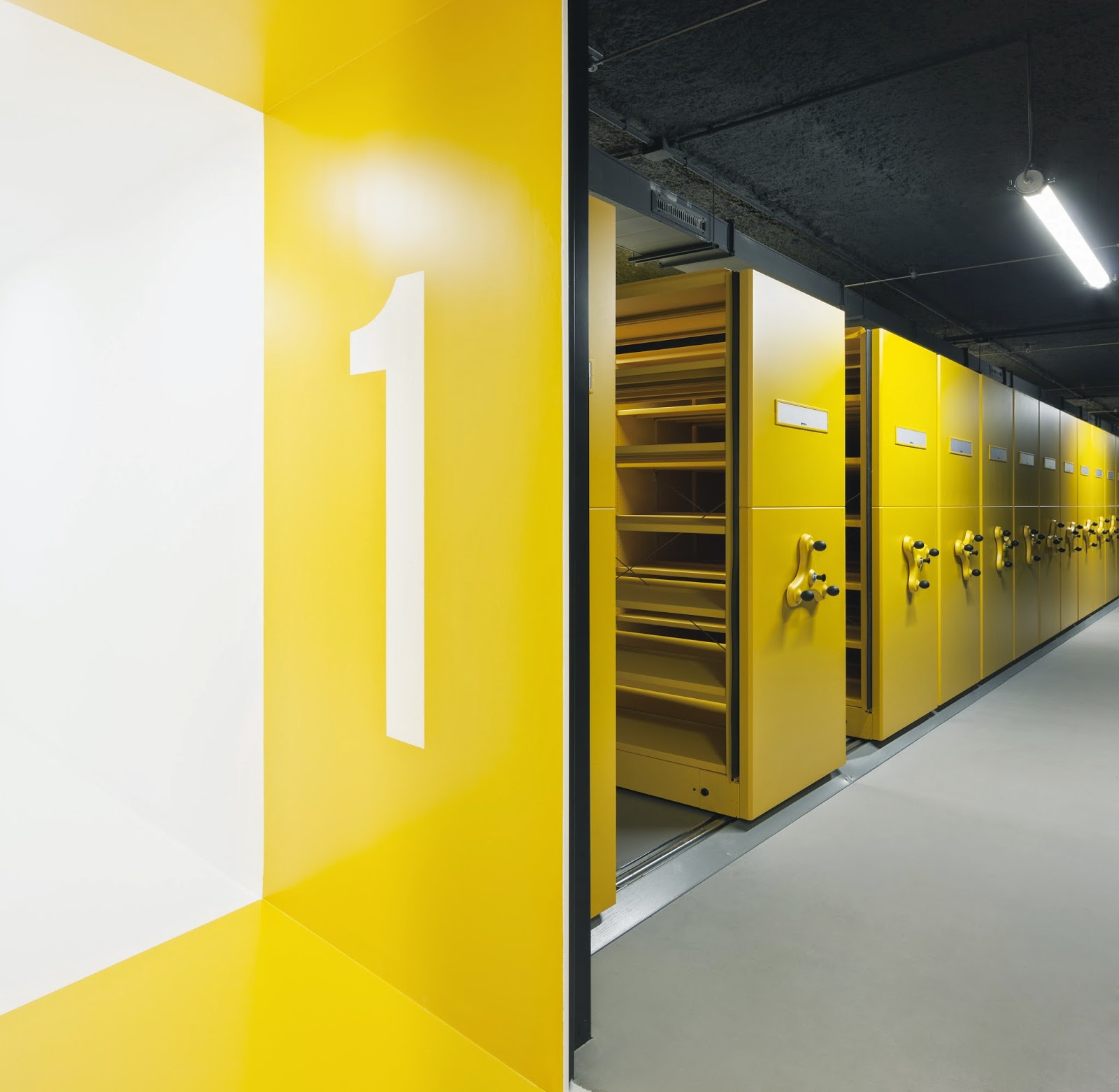 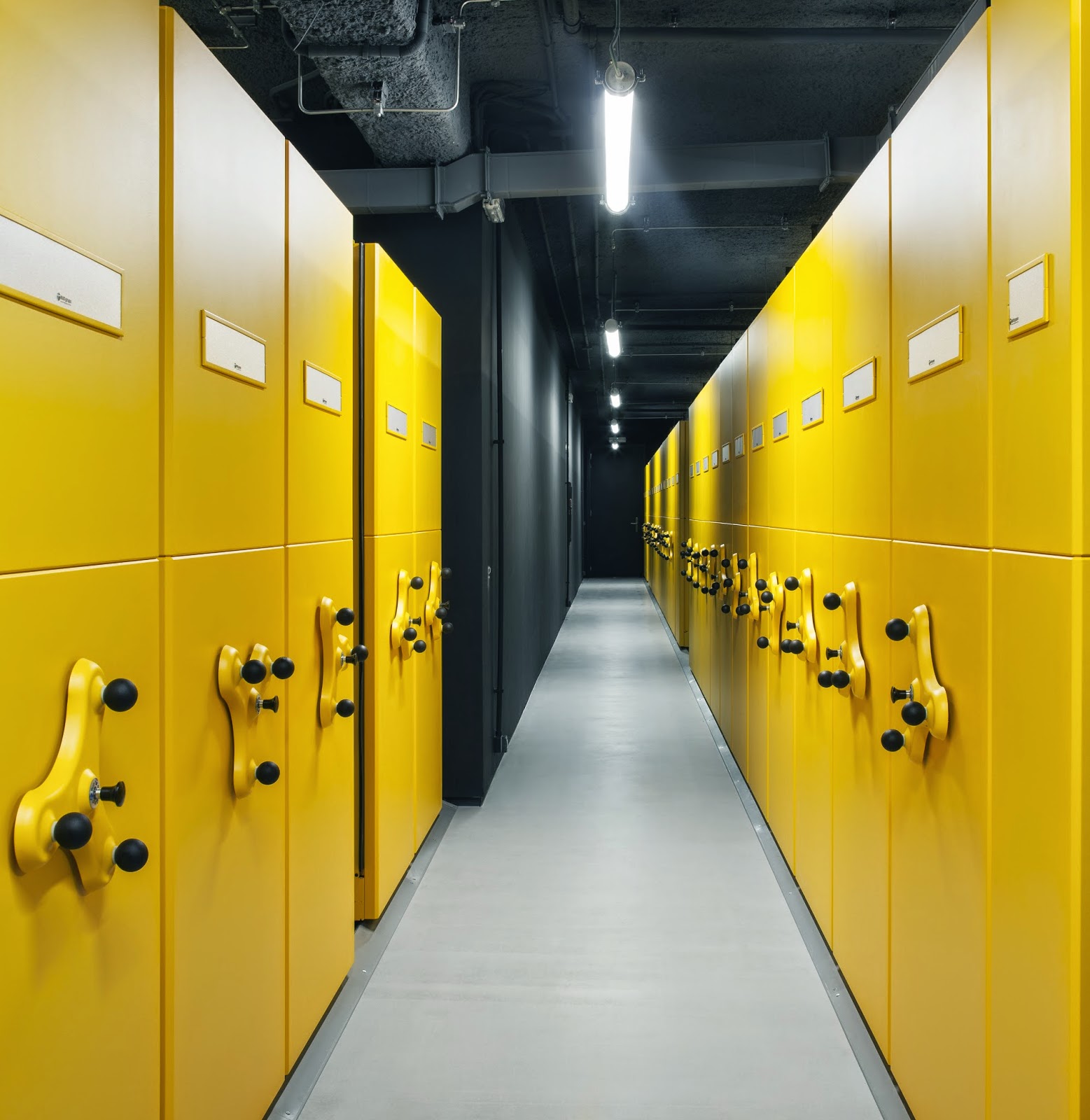 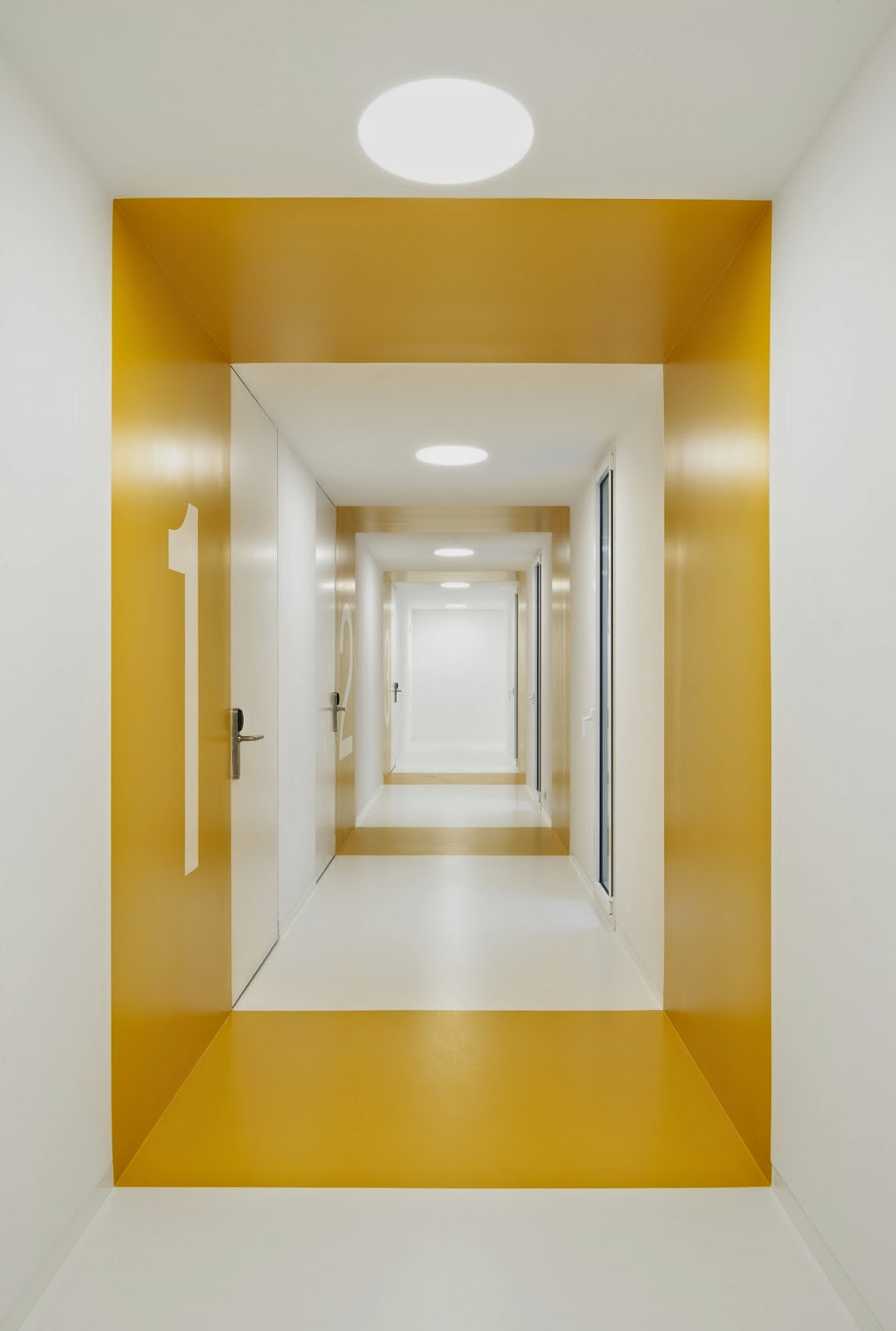 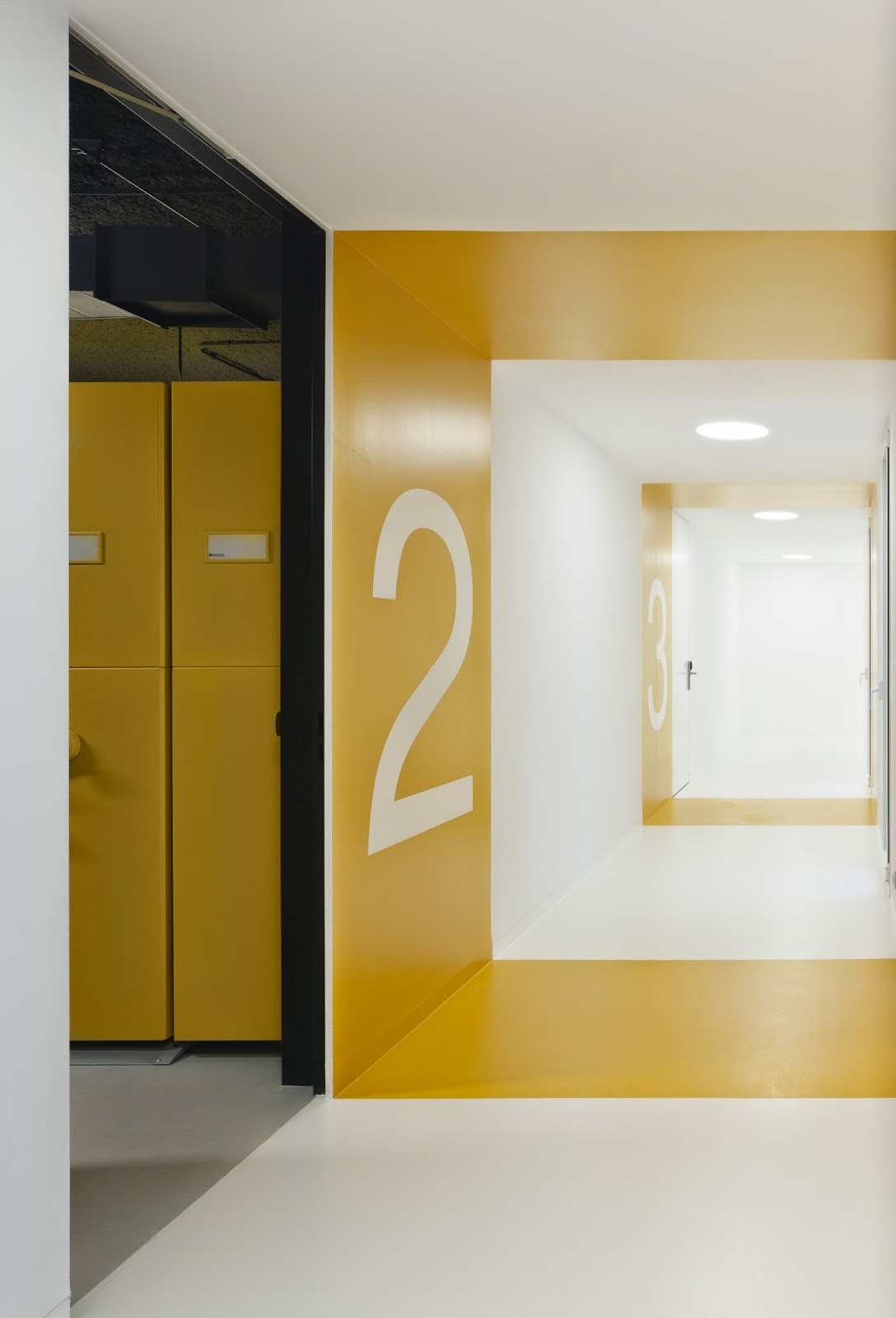 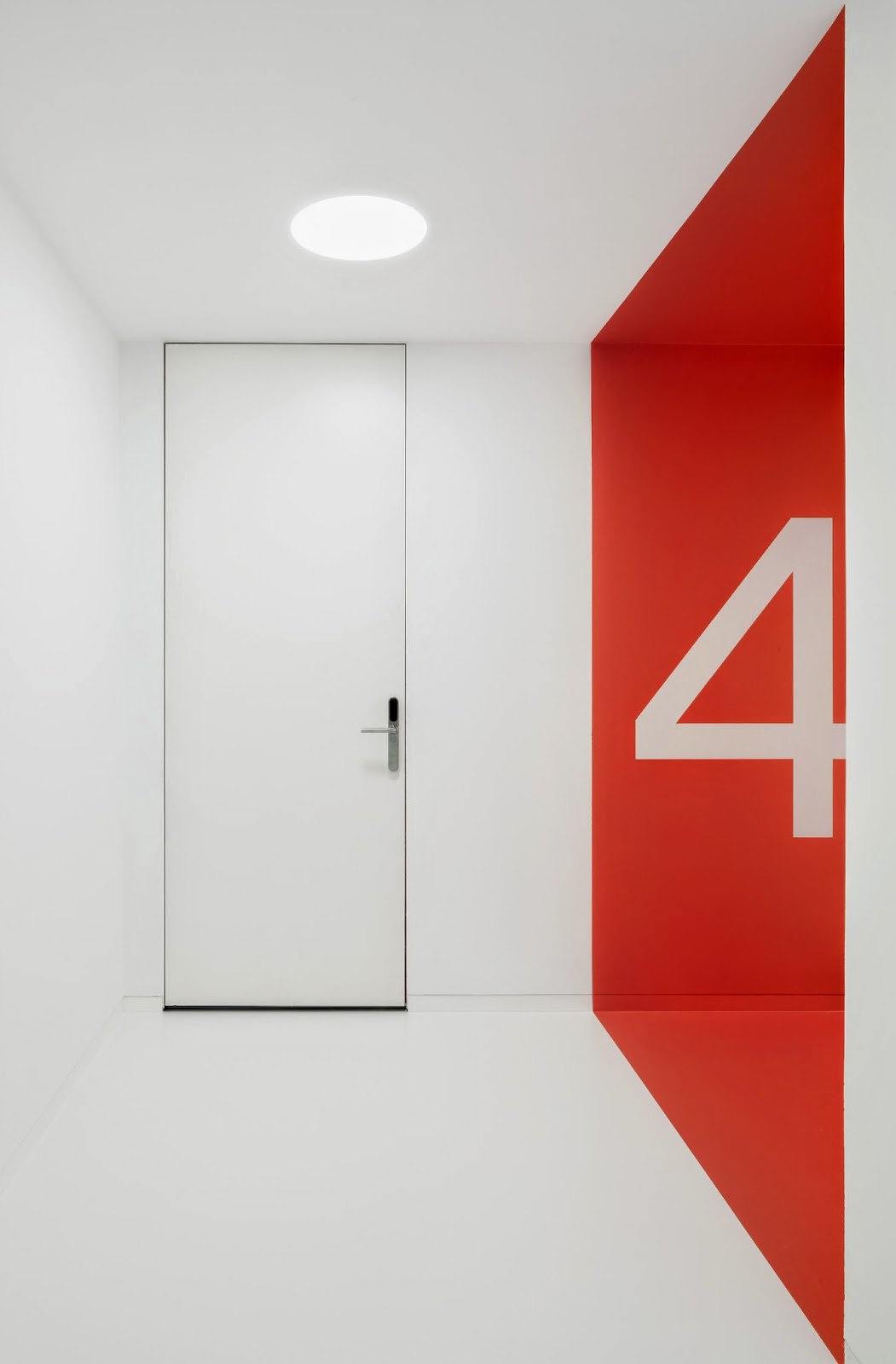 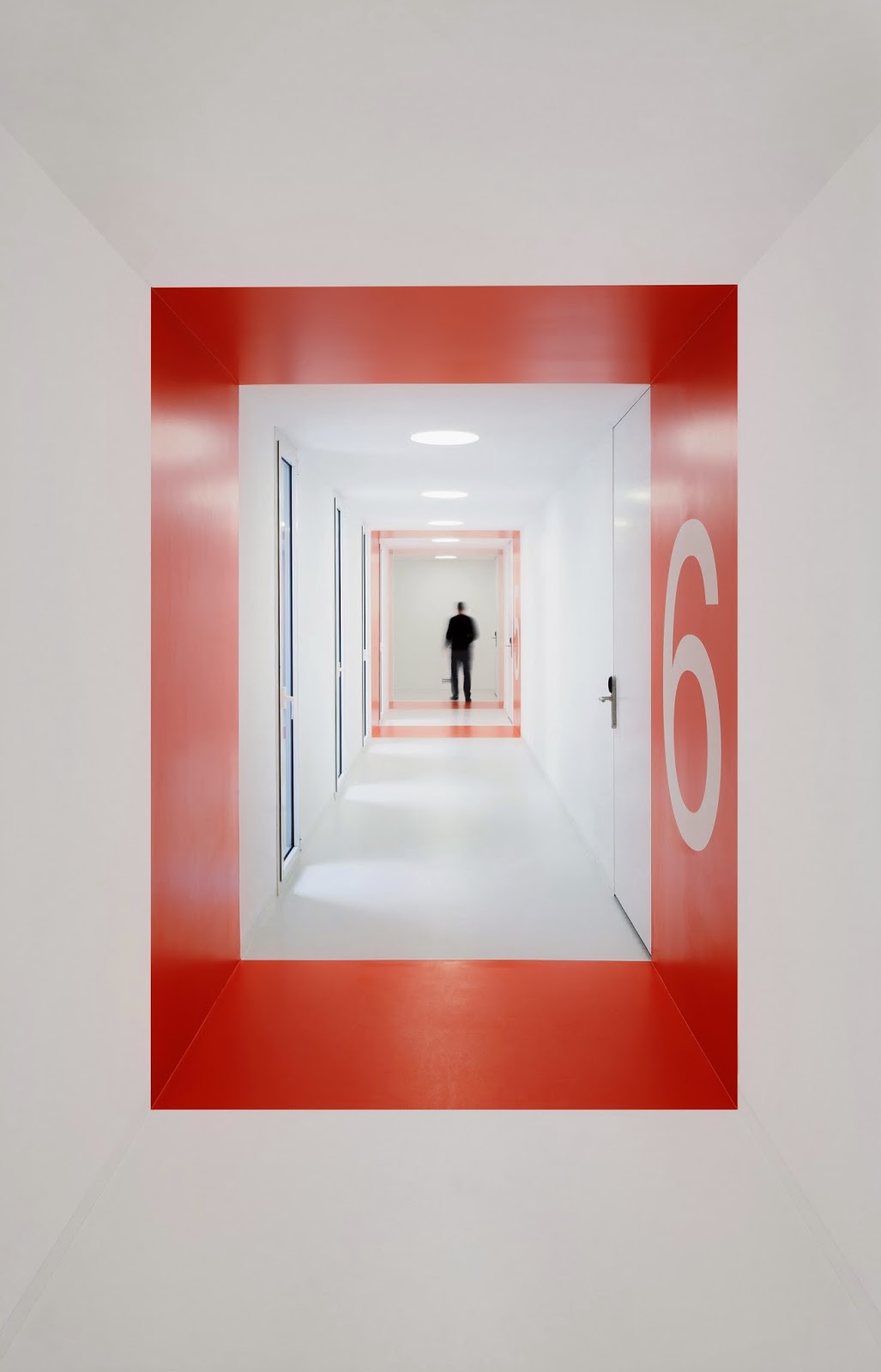 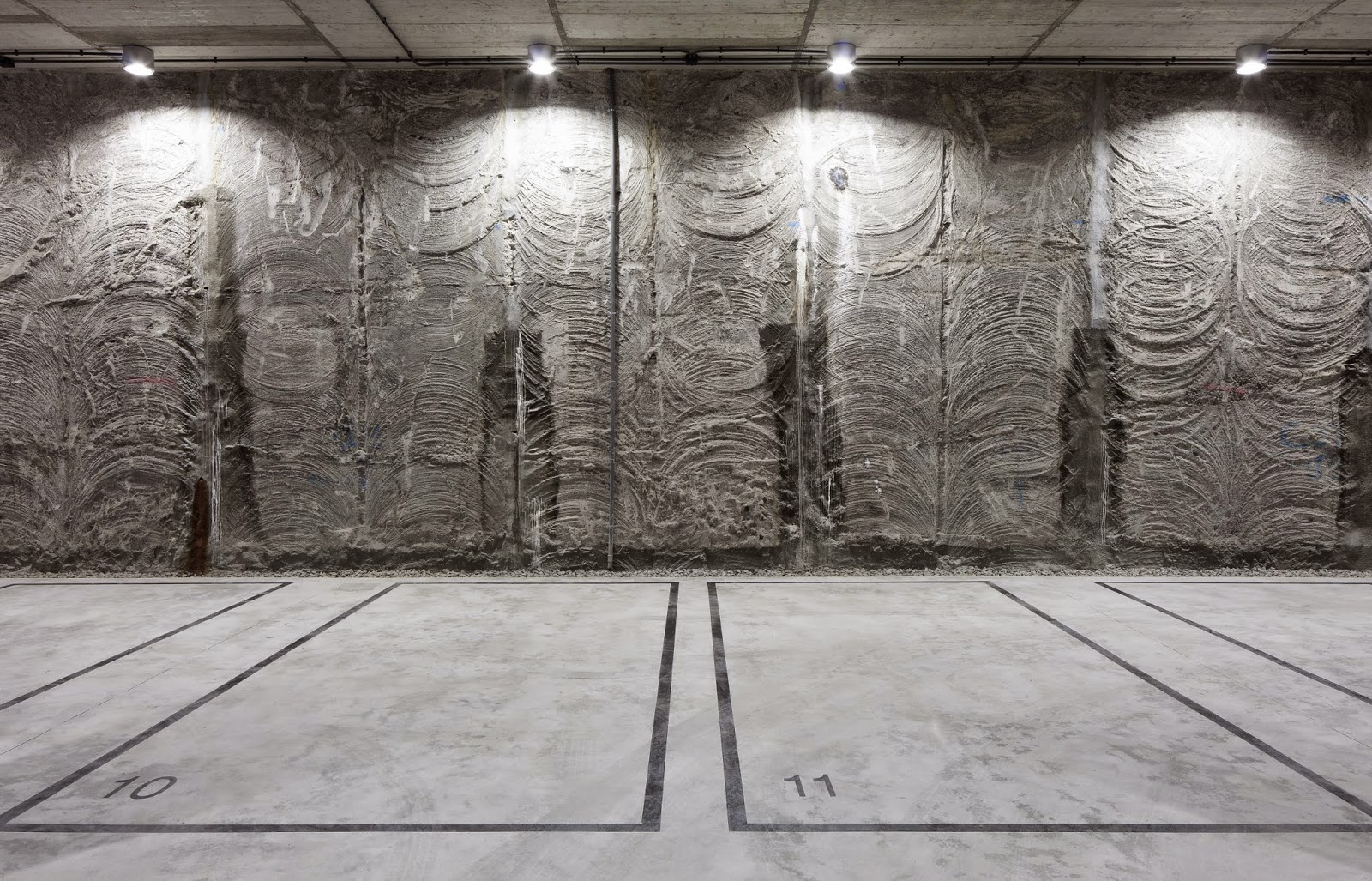