Louis Kahn divided spaces into two types: served and servant (where ‘servant’ refers not to domestic staff but to spaces serving other spaces). Marcel Breuer structured a considerable number of his single-family homes into a bi-nuclear scheme. The pre-existing H-shape of the Tomás home already favoured its spatial organization into two living areas, as in Breuer’s plan: one part to be used for daytime activities – the social area – and the other for night-time functions – the private area. The connecting room was to be a servant space but also given its own character so that, rather than being relegated for use as a mere passageway, it could also function as a living area. The other two rooms would be served spaces.

Although these two served spaces are almost similar in terms of dimension and geometry, both are defined in completely opposite ways. The public part is clear space while the private section is divided. The former is open to the street and the latter closed off by the inner courtyard of the block. The main space extends outwards via a balcony, while the other area is filtered and separated from outside by a uniform glassed-in veranda where climbing plants partly screen the glass slats that close it off. The balcony acts as a kind of solarium before the living room, dining room and kitchen area. The veranda, however, is like a shade house in front of the dormitories thanks to the plant filter provided by the creepers.

Dimorphism is the term used in biology for the phenomenon in which two different anatomical aspects appear in the same species. This principle was used to “furnish” the served spaces of the house. In the public zone, it is by means of the free-standing bench in the kitchen. In the bedroom area, the bathroom is set out like one more piece of furniture since it rises from the floor and does not reach up to the joists or the vaulted ceiling. The bathroom can be understood in Kahn’s language as a servant space since it serves both bedrooms. The same applies to the transversal strip comprised by the vestibule, the toilet and the storage space for household appliances – paved and finished with decorative tiles –which also serves the living-room, dining room and kitchen. Even the servant space connecting the two parts of the house is multiplied by adding a dual-level or, better said, a bi-vertical loft space.

The spatial result of this project is therefore a contrivance whereby opposites, symmetries and balances mediate served and servant spaces. This is a house structured in a bi-nuclear fashion which repeats dualities again and again or, in other words, it brings together in one very small home twofold, different and contrasting spatial characteristics: clear-divided, open-closed, extended-separated, broken up-filtered, above-below. In short, it is a project based on dualism rather than on monism, with Kahn and Bauer as its double references." 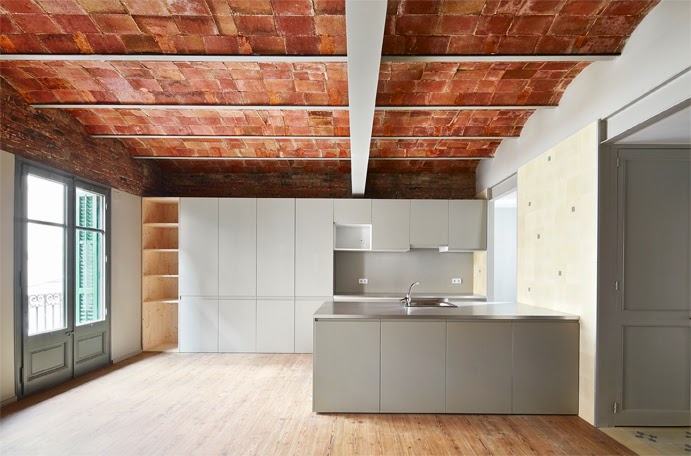 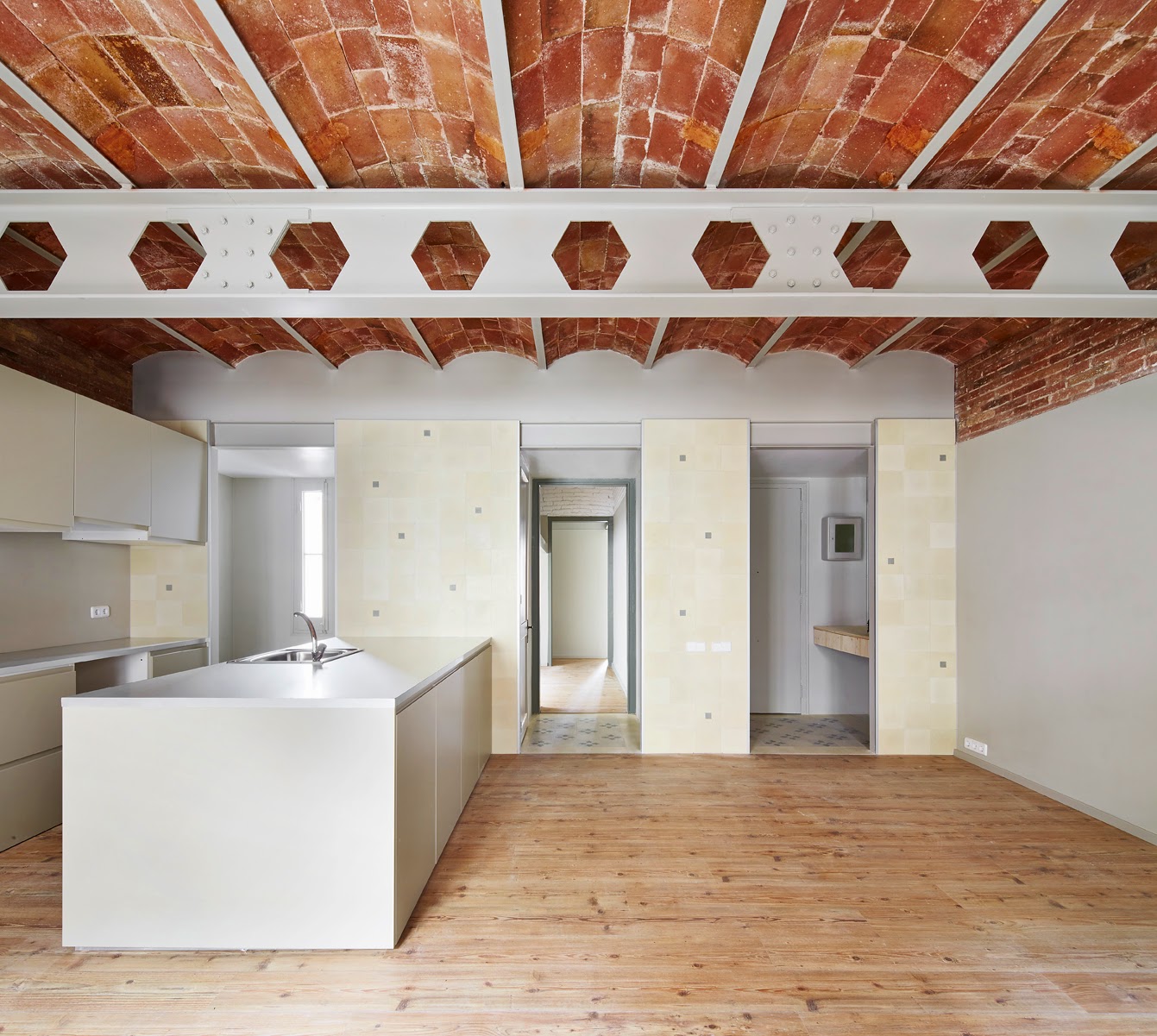 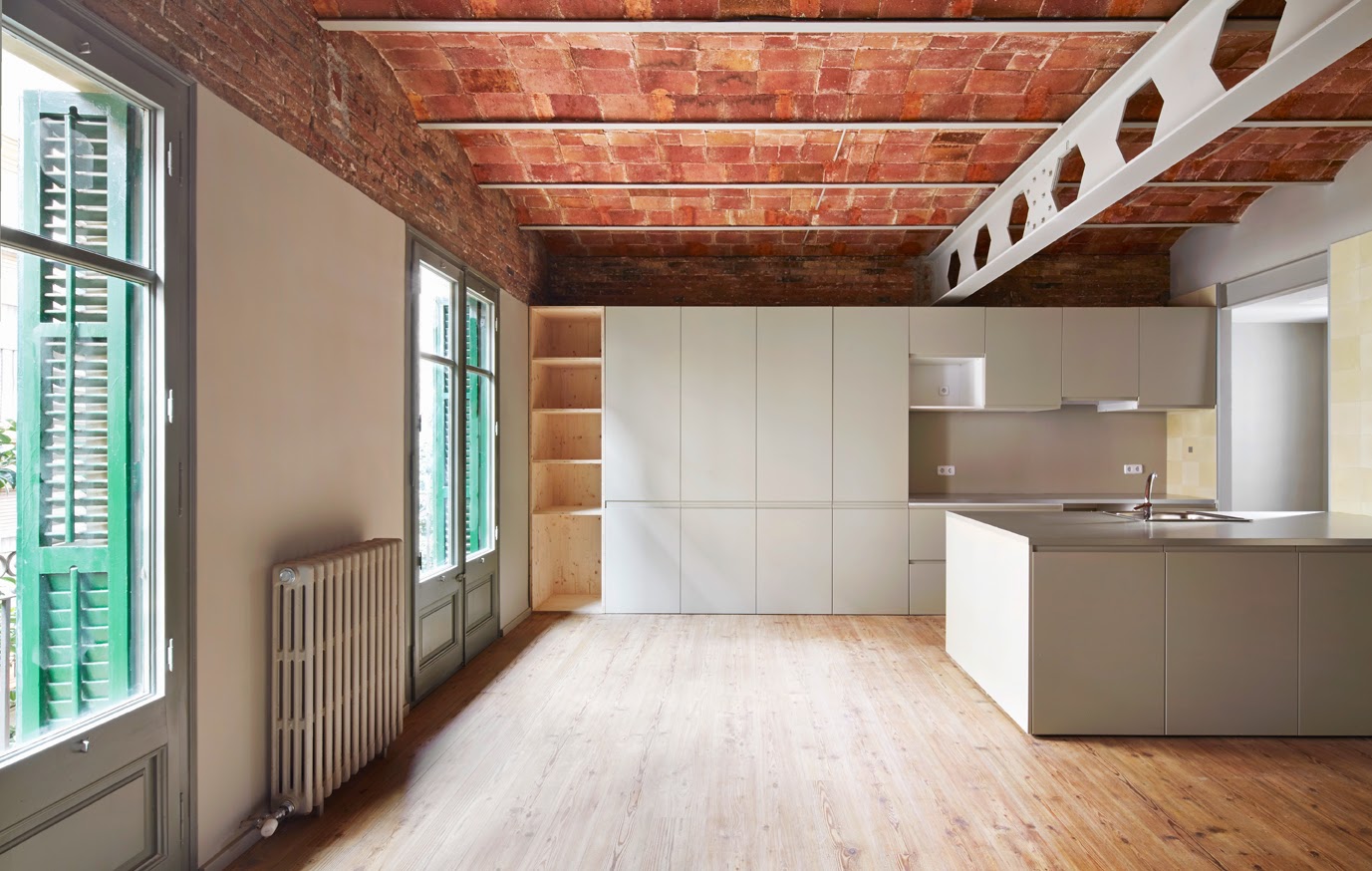 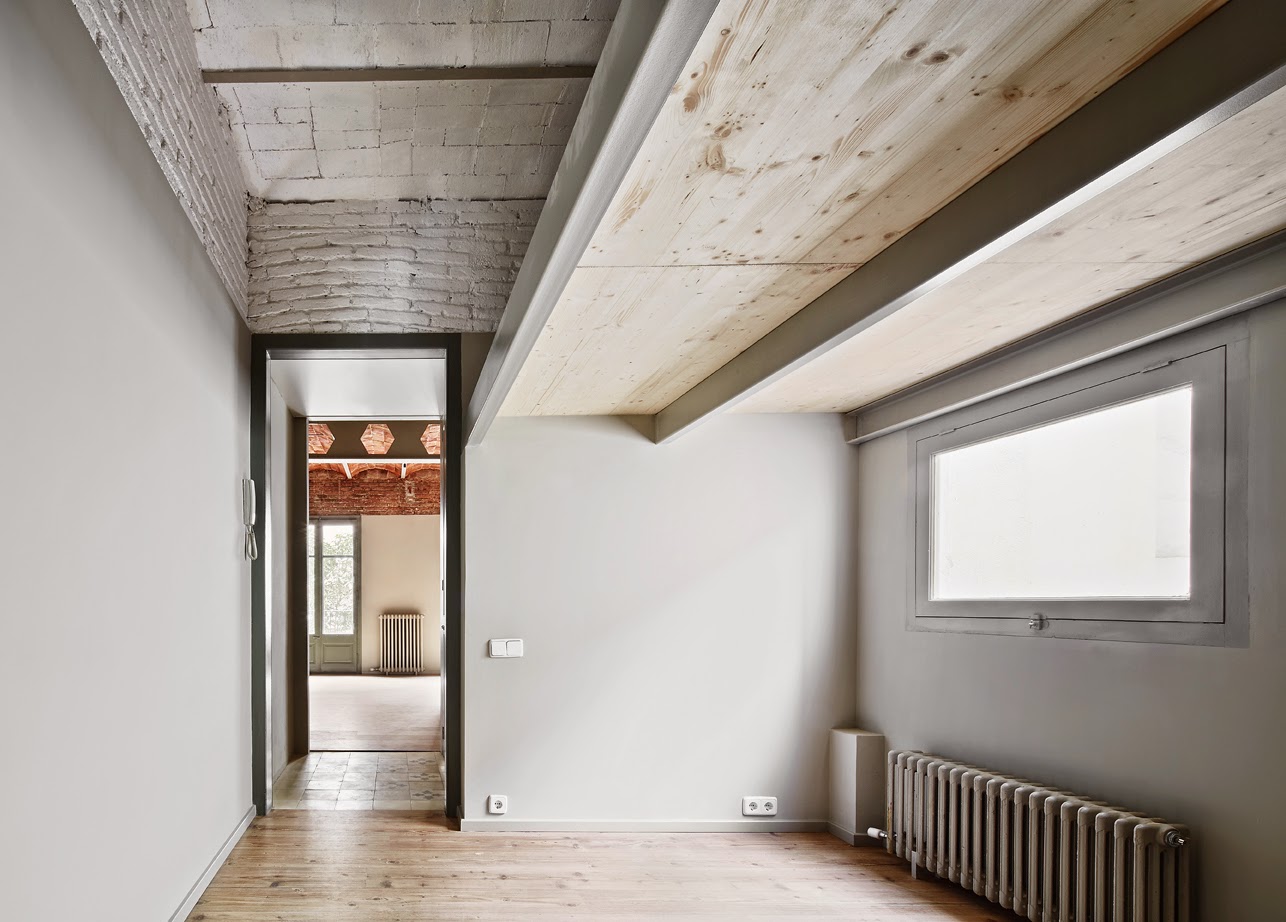 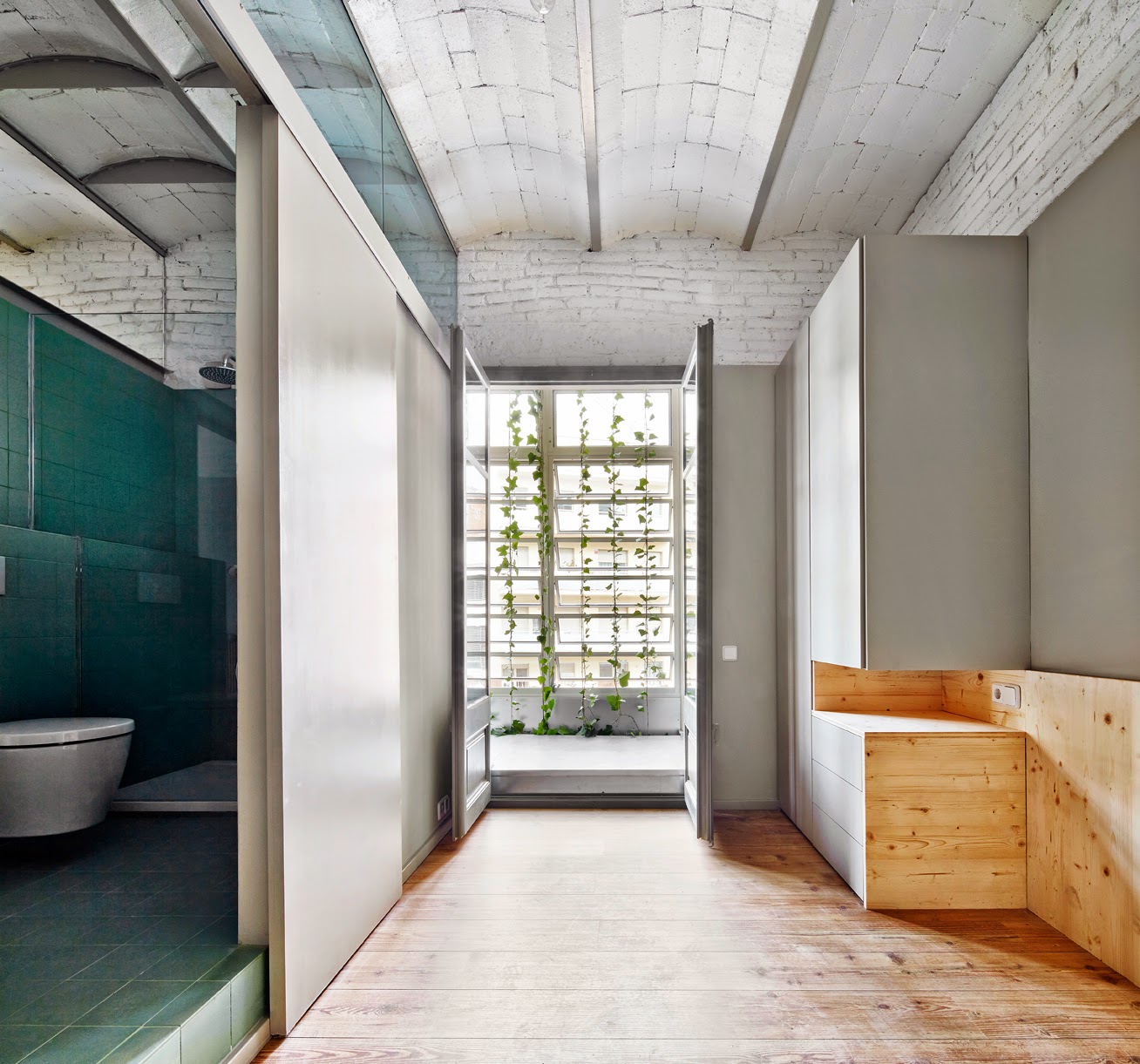 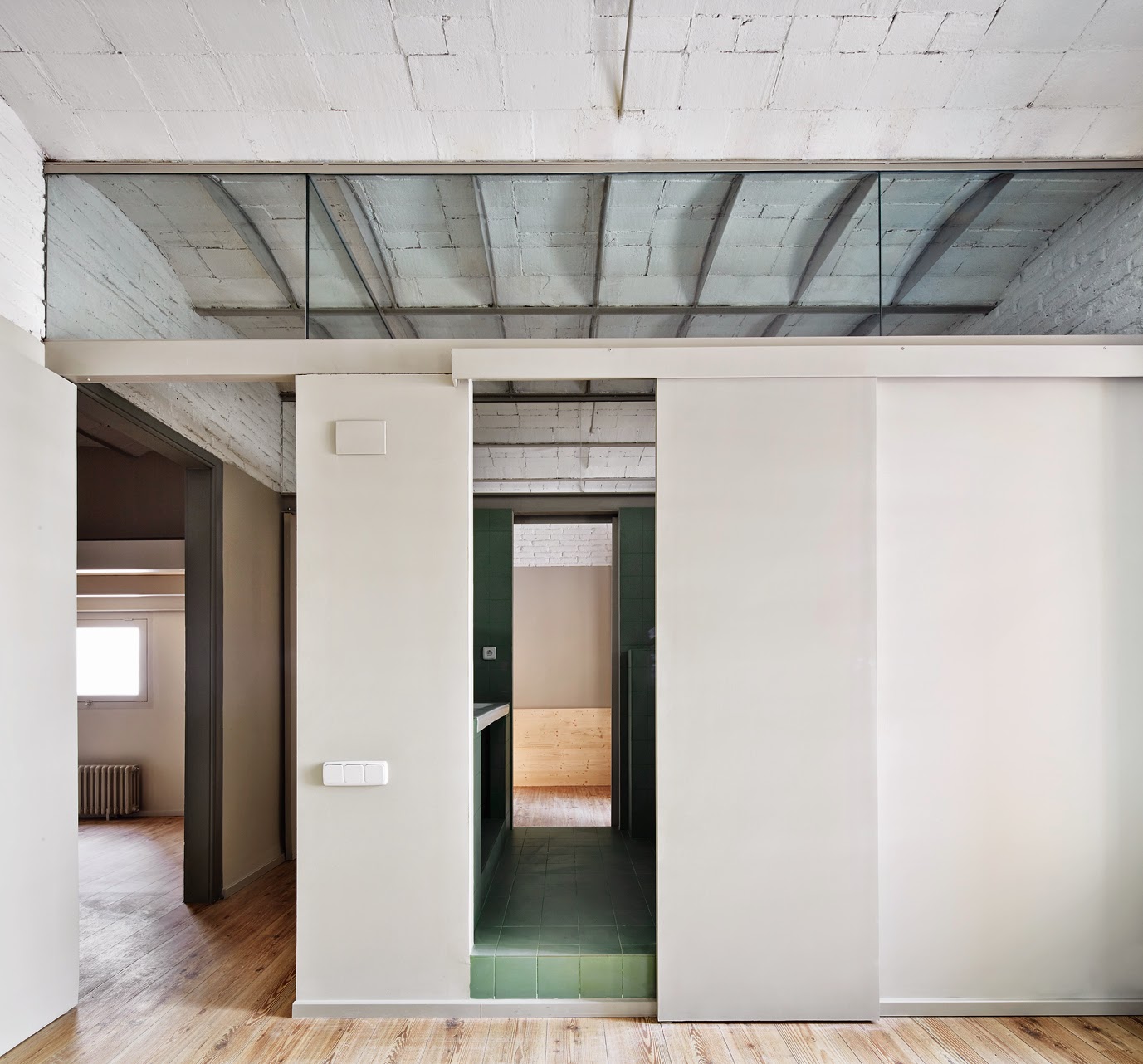 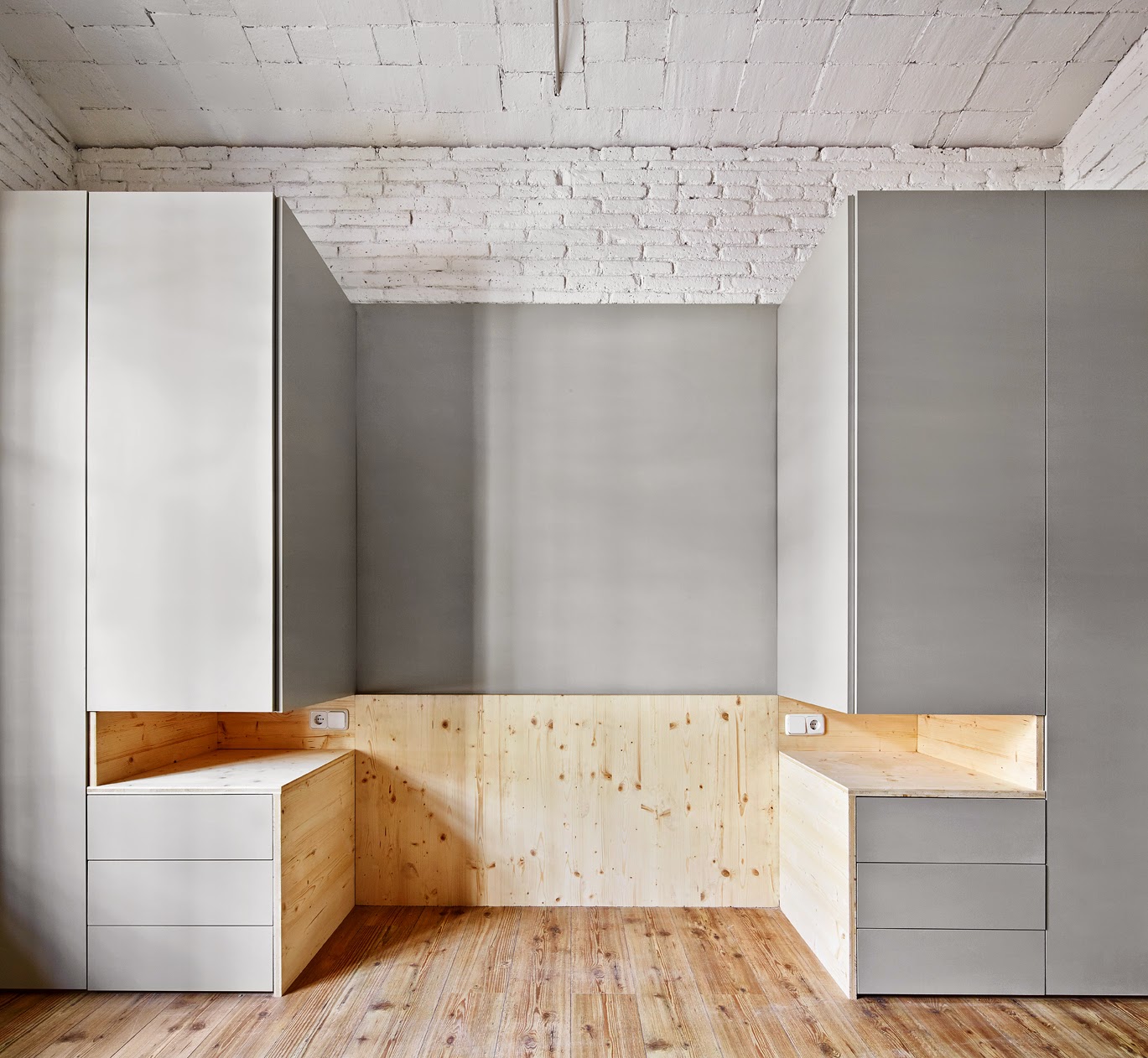 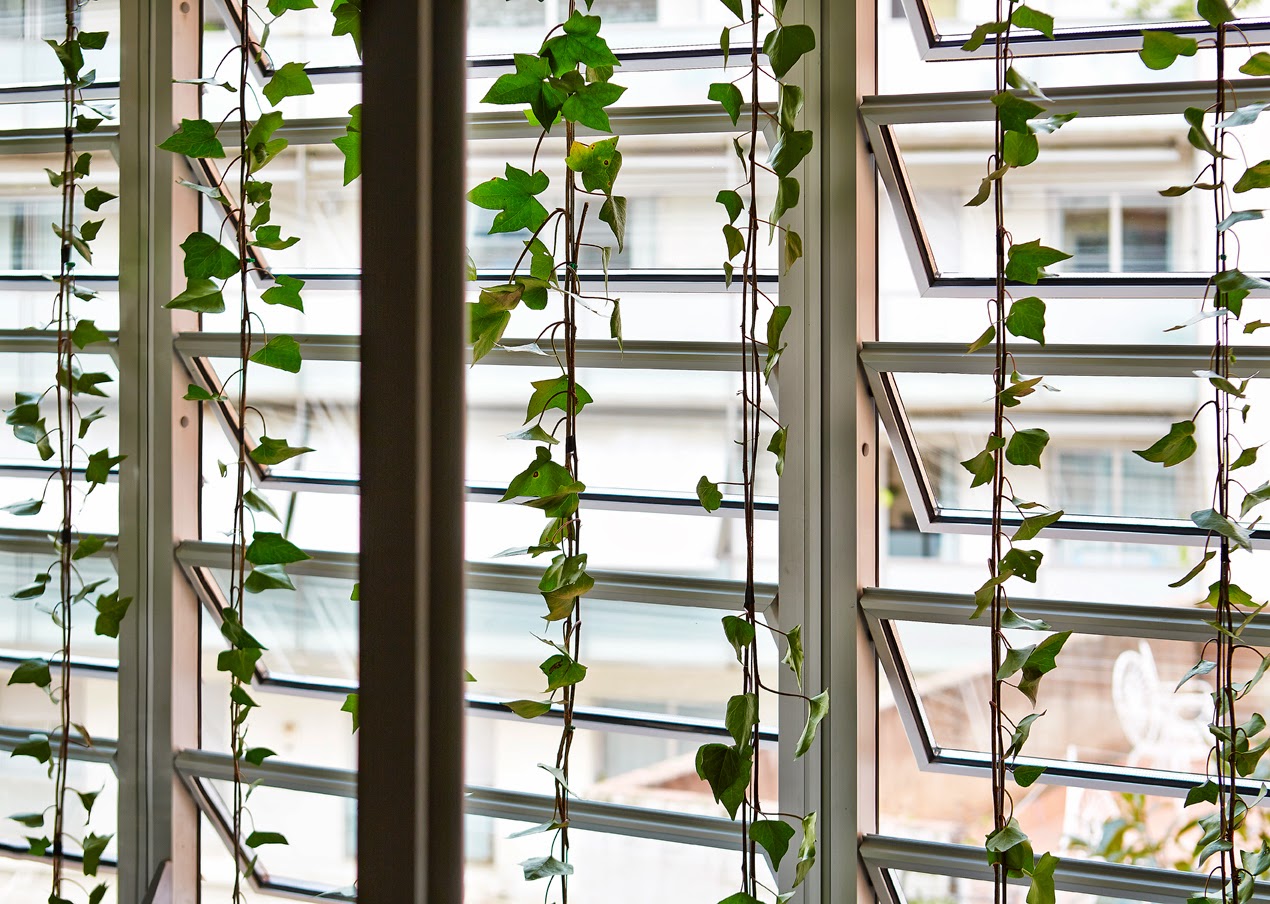 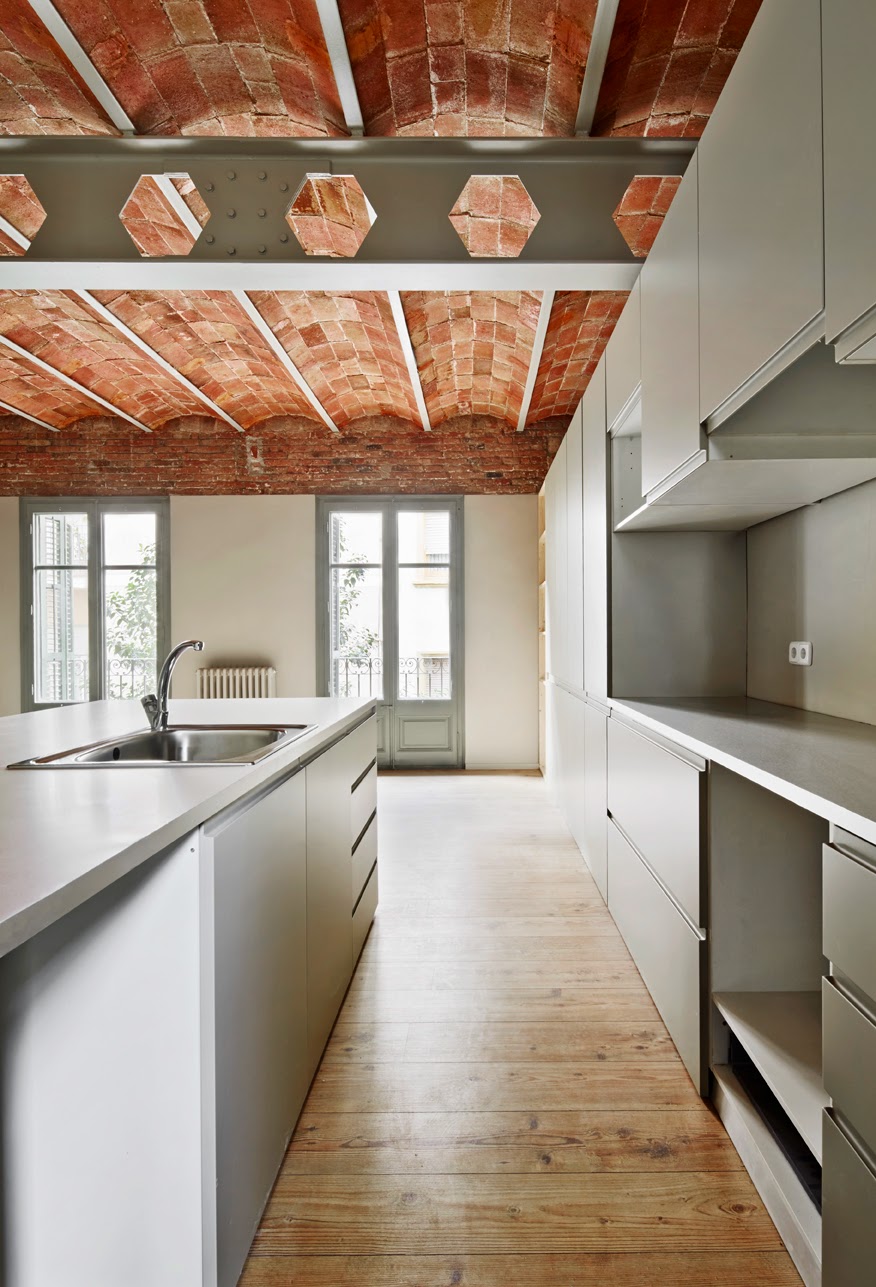 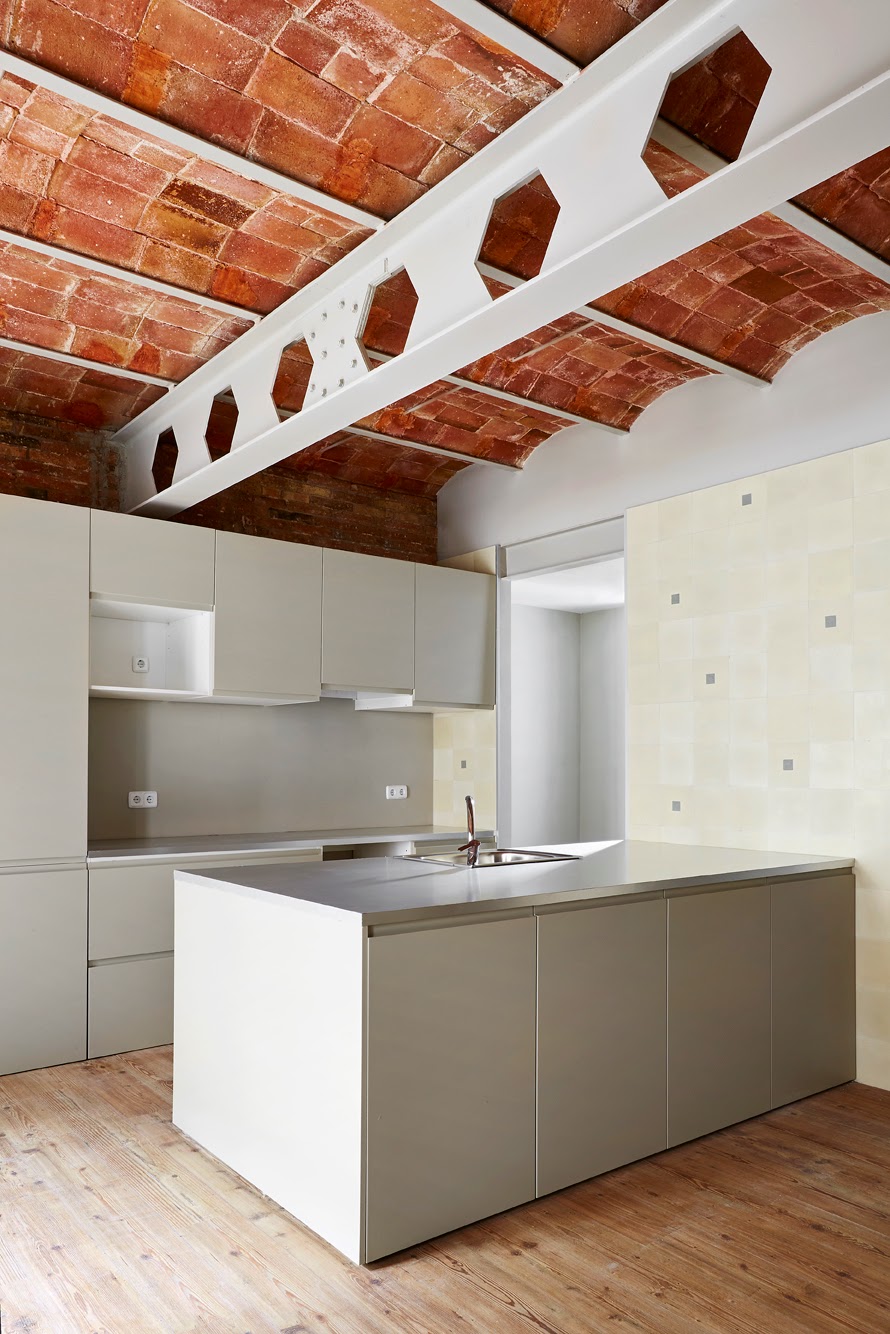 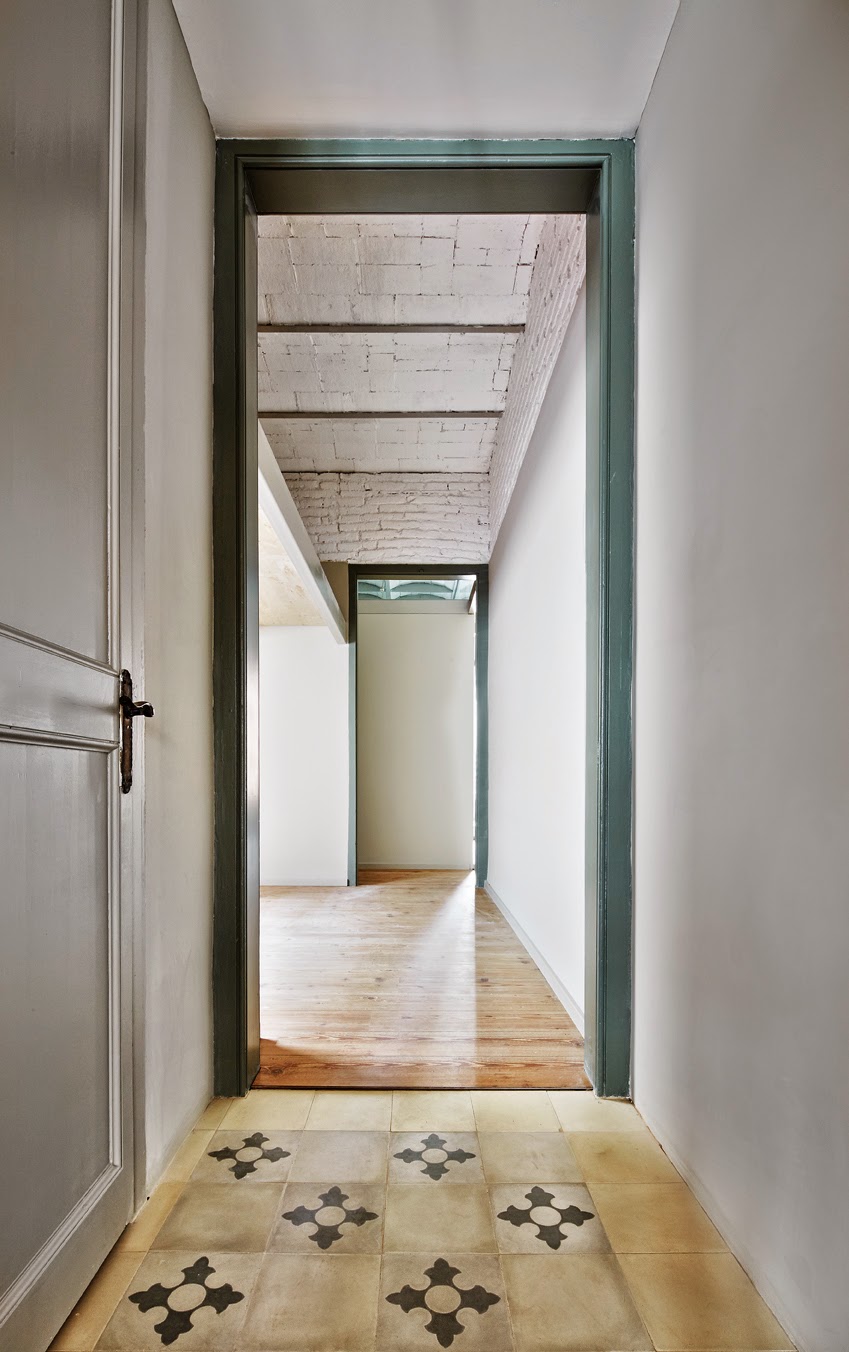 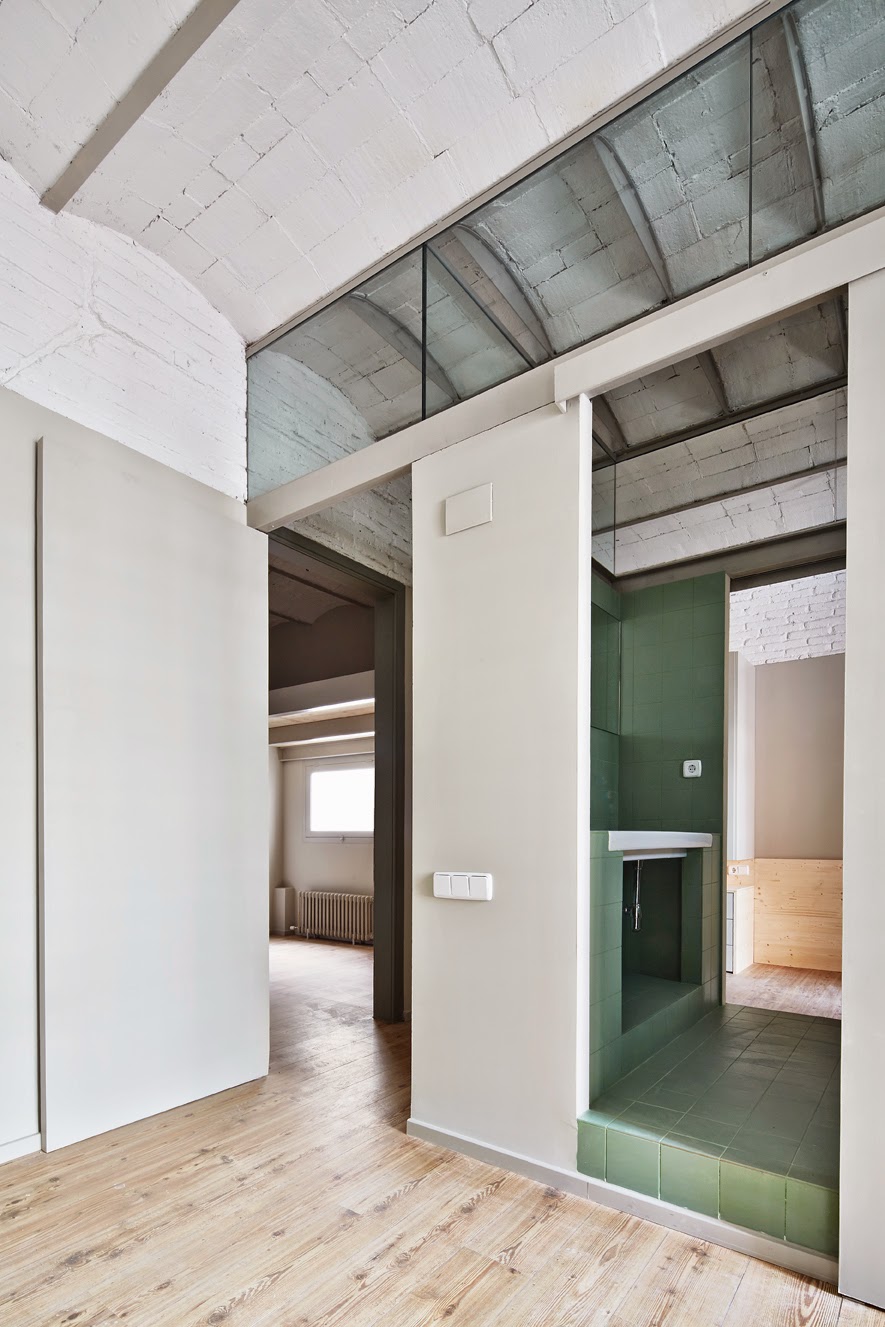 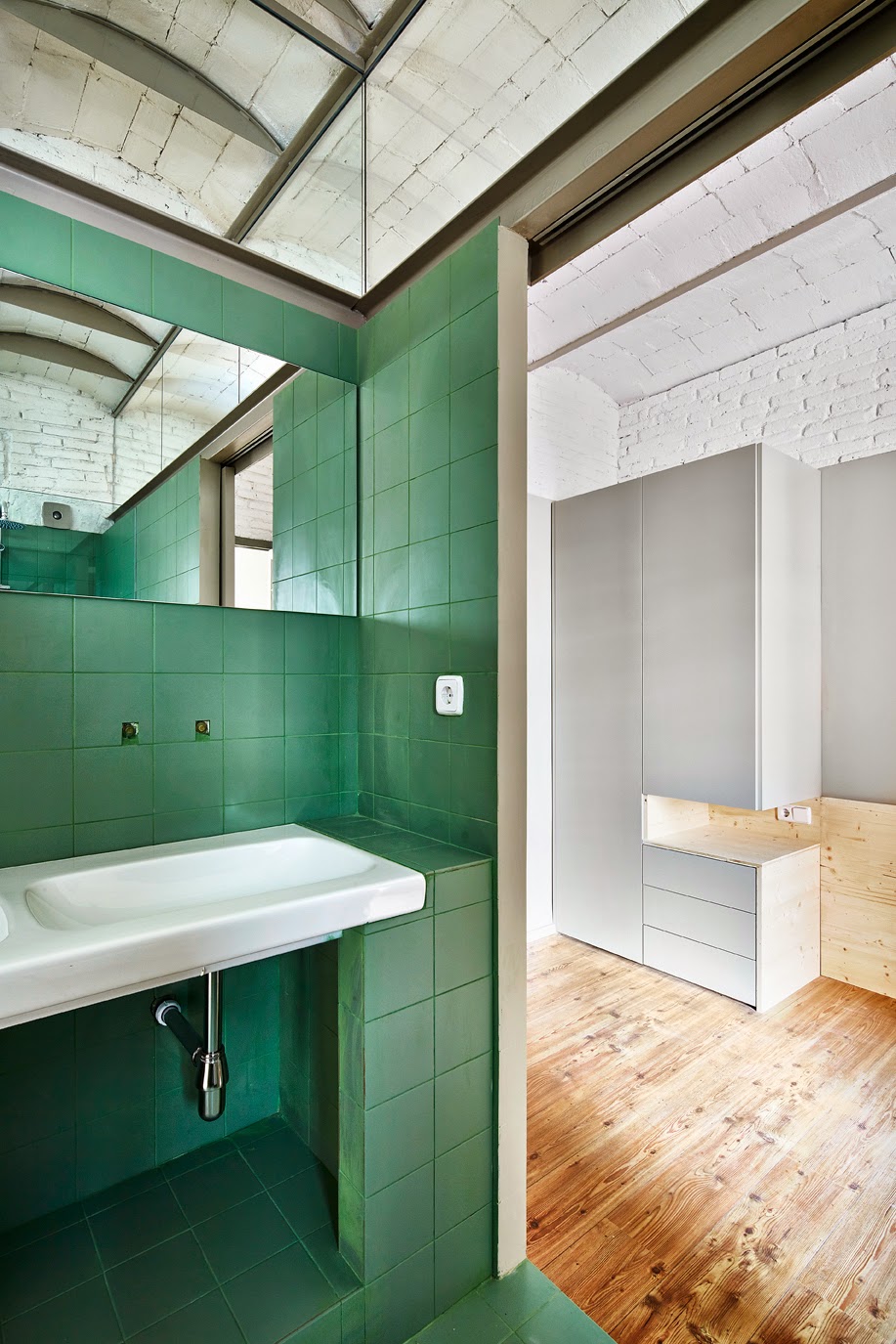 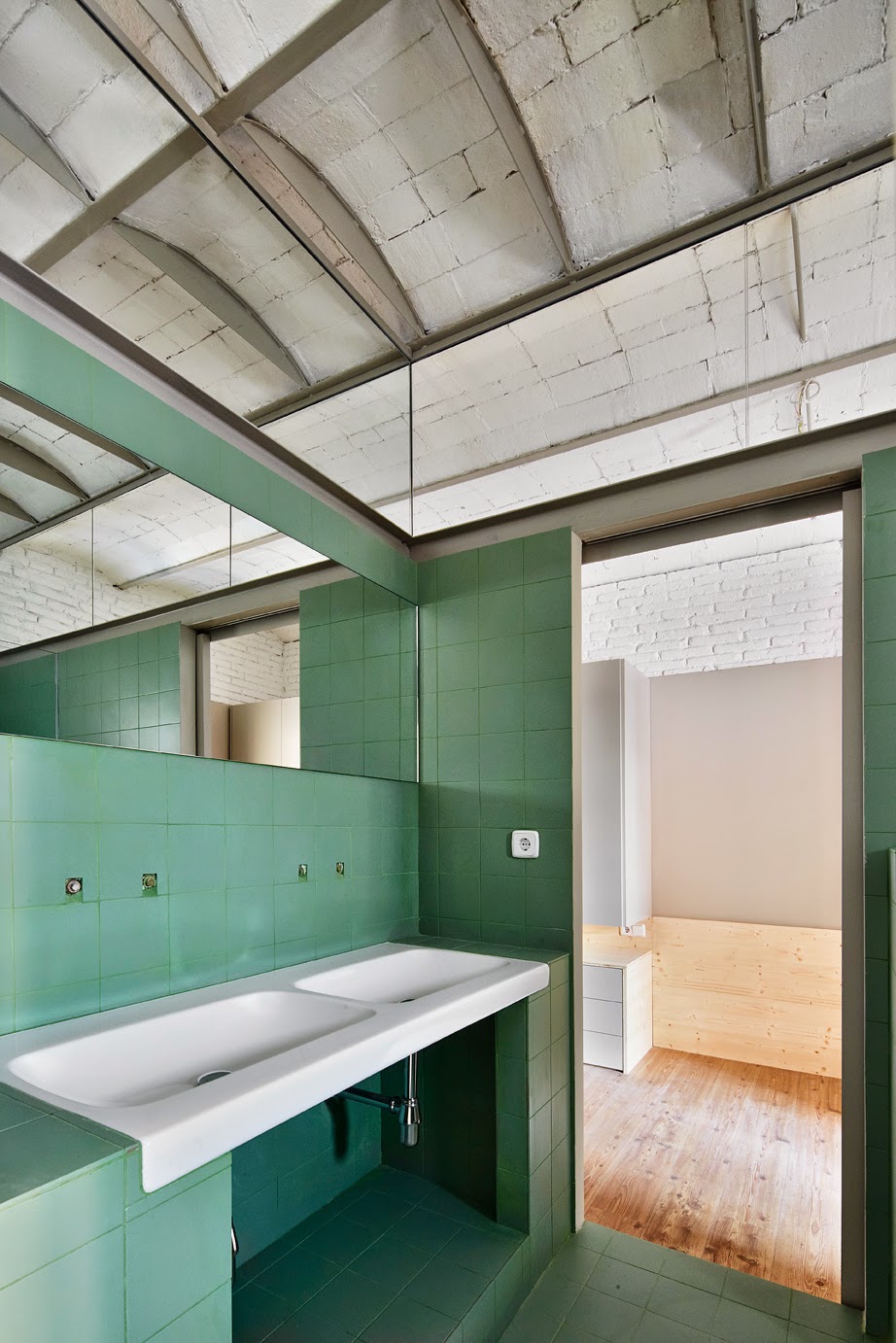